from our forthcoming December 2014 issue 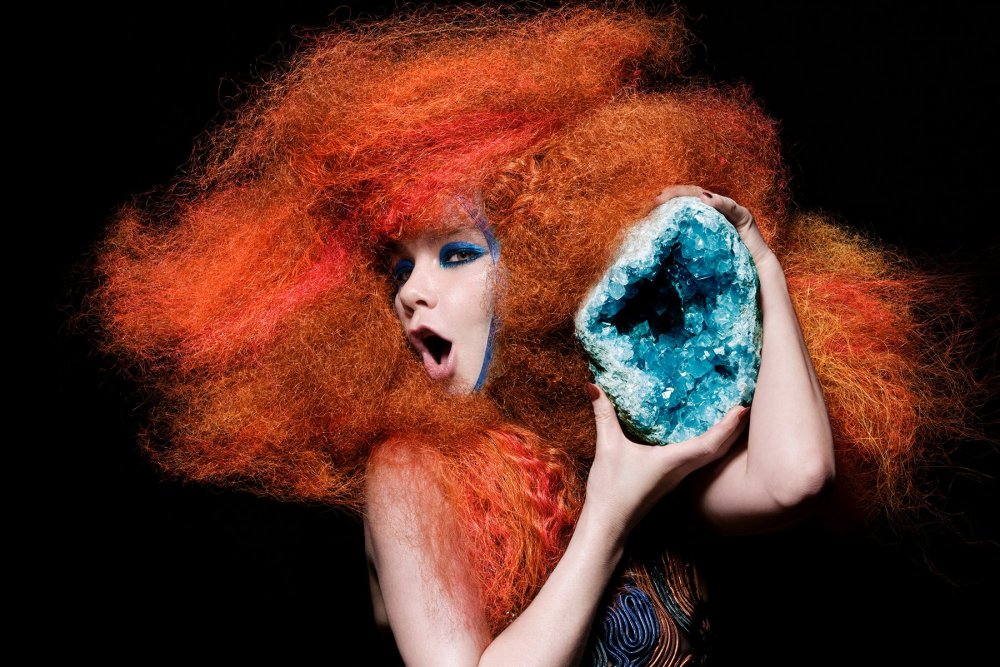 A caricature of Björk already exists in which she bounces, pixie-like, through the world, cooing “Hello trees! Hello sky!” with wide-eyed wonder. On a superficial level, Biophilia Live doesn’t do much to change that, capturing as it does the concert version of her 2011 concept album, devoted – as the name suggests – to hymning the wonder and beauty of the natural world and cosmos.

Biophilia, and its live interpretation captured here, is a much more subtle, complex and delightfully weird work than that caricature suggests. Shot at London’s Alexandra Palace in 2013, Biophilia Live features Björk supported by a 24-member female choir from her native Iceland and a small group of musicians playing bizarre instruments (some of which were invented to record the original album). As a performance it’s fairly straight: the musicians play in the round, and some of the odder instruments – the huge Tesla coil, for example – make for startling stage furniture, but there’s no elaborate pyrotechnics or constant costume changes by its star.

What transforms Biophilia Live are the post-production visuals. Björk has a long history of working in multimedia, and Biophilia’s initial release was no exception, with every track also ‘released’ individually as an app that picked up on whichever scientific element had inspired it – whether crystal formation or the double helix. Her videos have never been afterthoughts, knocked out under pressure from the marketing department. Her work with Chris Cunningham on All Is Full of Love, an uncanny cyborg love-vignette, became a benchmark in video production, and she’s also collaborated with Michel Gondry and Spike Jonze. 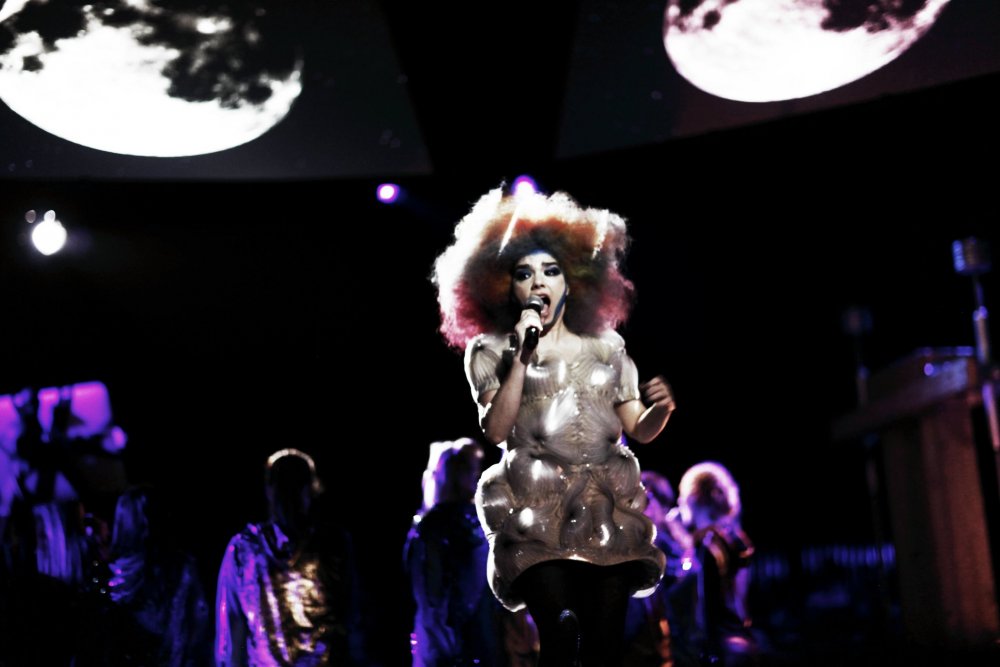 Continuing in this vein, bringing in Peter Strickland to co-direct Biophilia Live with Nick Fenton is a quietly inspired choice. Strickland’s films aren’t obvious calling cards for an artist with Björk’s futurist, maximalist aesthetic – Katalin Varga’s take on Transylvania’s muddy back-roads and damp fields was distinctly naturalistic, and the claustrophobic confines and playful retro of Berberian Sound Studio aren’t an immediately obvious fit either. But then you remember the latter’s lingering close-ups on smashed and rotten vegetables, and its blood-red lighting, as though Toby Jones was trapped inside an aortic valve. (You recall too Strickland’s work with experimental musicians such as the Bohman Brothers.) Biophilia dwells unblinkingly on the visceral and decaying, refusing a sanitised version of nature for a warts-and-all vision – one of its tracks is a love song devoted to a virus.

With co-director Fenton, Strickland embarks on a process they describe as “colouring in” Björk’s performance. This proves to be an apt phrase: the screen becomes not a surface but a series of layers, as animations and archive footage from nature documentaries swarm over, glow through and grow around Björk’s performance. Mushrooms swell, bloom and subside in bulbous miniature forests. Starfish conduct elaborate mass courtships. Tiny creatures strip a larger one’s bones in a time-lapse sequence that telescopes death and disintegration into a matter of a few fleeting frames. During Hidden Place, a vertiginous depth is created by billowing clouds that briefly seem to be a ceiling projection inside the venue, until the eye realises this can’t be so.

With its introductory voiceover by David Attenborough and obvious love for the simple sublimity that the best big-budget nature series achieve, Biophilia Live appears to borrow the trappings of documentary. But instead Björk, Fenton and Strickland have produced a near-epic work of nature psychedelia, a strange hybrid piece with a strange hybrid lineage that takes in Disney’s Fantasia and Stevie Wonder’s Journey Through “The Secret Life of Plants” as much as The Blue Planet. 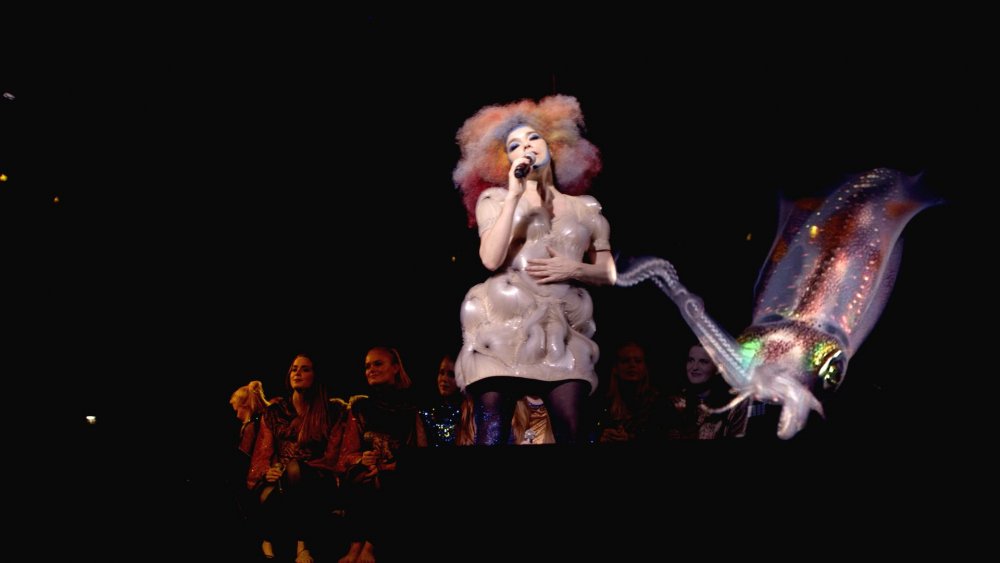 But Biophilia Live also resists a number of easy moves. There’s no didactic environmentalism – no burning oil platforms or seagulls marinated in Brent crude. It relies instead on convincing the audience of the preciousness of what it depicts. It also avoids crude oppositions of nature and humanity. For Björk, technophilia is clearly a kind of subset within her own personal biophilia. This is audible at the level of the instrumentation, with its buzz-saw synths, pendulums, Tesla coils and invented instruments, but also visible in the ingenious flow of animations and overlays. To adapt a very old quotation, Biophilia Live asserts that nothing human is foreign to nature.

Related to Film of the week: Björk Biophilia Live