Bohemian Rhapsody review: Freddie Mercury, tied up with a bow

Bryan Singer’s story of a queer immigrant’s rise to 1980s rock divinity contrives to be pedestrian and by the numbers – with only Rami Malek’s vital performance to give it depth. 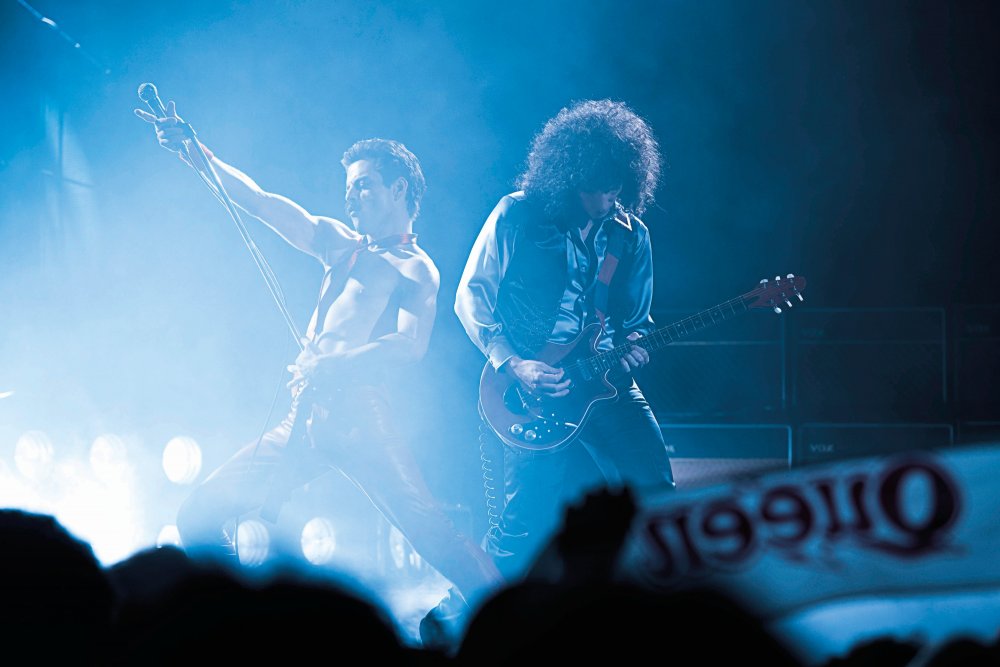 Is this the real life? Is this just fantasy? Bryan Singer’s trite, tidy but powerfully soundtracked biopic of Freddie Mercury’s fantastic journey from immigrant baggage handler to rock god renders the outsize ride of his life with surprising mundanity.

Adopting the rags-riches-regrets-redemption biopic template familiar from Ray (2004) and Walk the Line (2005), the film recreates Mercury’s life (in a thoughtful performance by Rami Malek) as a string of biographical and musical greatest hits. It’s respectful of Queen’s considerable legacy, careful in its portrayal of the band’s living members and blandly nostalgic in mood. From Mercury’s first nervy, note-perfect song pitch to the student band members to his 1980s solo-albums breakaway (“You’ve just killed Queen!”), every incident has the smoothed-off, interview-anecdote feel of an official biography. Scrupulously acknowledging Brian May, Roger Taylor and John Deacon’s contributions to Queen’s oeuvre, Anthony McCarten’s ultra-conventional script (Peter Morgan also has a story credit) adopts the band-as-a-family trope.

Eliding and reworking Mercury’s chronology to fit the story arc (his Aids diagnosis, late-found love and Live Aid triumph squeeze up for third-act impact), McCarten’s screenplay otherwise sticks firmly to his Darkest Hour/Theory of Everything formula of an outsider hero whose force of will defies doubters. Punctuating the flip, predictable dialogue (“If I go any higher, only dogs will hear me,” says Taylor of his ‘Galileo’ trills) are Mercury’s wordy arias of rebellion. Facing down his straitlaced father, treacherous personal manager Paul Prenter or philistine EMI label boss Ray Foster (an unrecognisable Mike Myers, in a nod to the Bohemian Rhapsodic Wayne’s World), the grandstanding put-downs are the payback that teens dream of delivering. 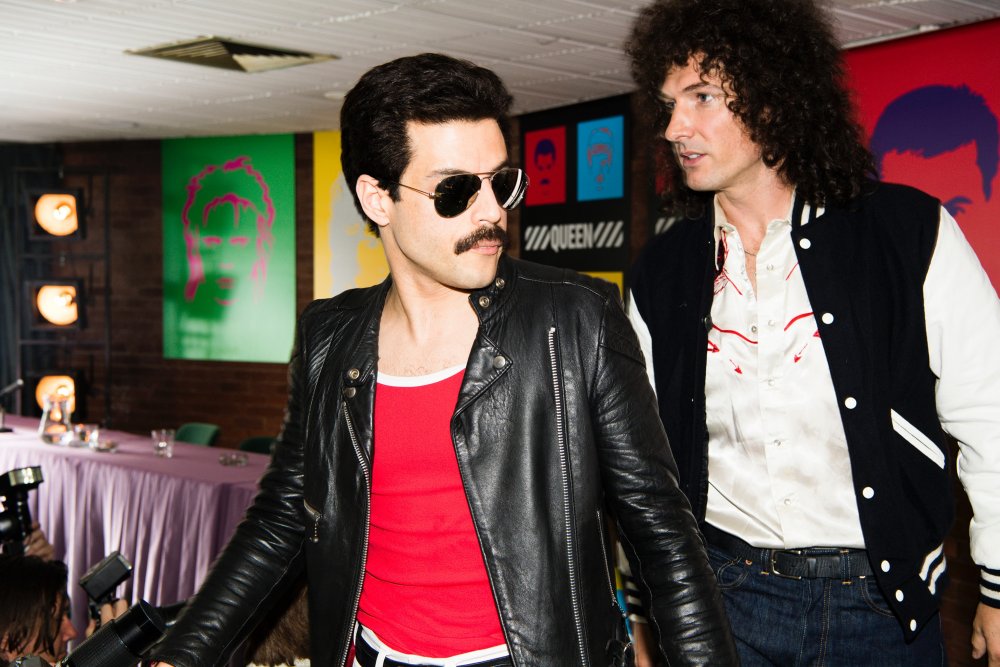 All of this rolls out on a surprisingly small scale, in Singer’s meticulously shabby 1970s or chrome-trimmed 1980s recreations of living rooms, offices and crammed backstages. There’s a distinct Spinal Tap whiff too, as Queen’s hits are birthed swiftly in recording studios: Mercury purrs Love of My Life at the piano, and May’s stamp ’n’ clap stadium-shaker We Will Rock You enrols the fans. But Mercury’s characterisation of Queen as misfits playing for misfits, as told to manager John Reid (an underused Aidan Gillen), doesn’t ring true for a guitar-based rock band that quickly won a huge mainstream fan base. The film puts a self-mythologising gloss on Queen’s undoubted facility for synthesising popular styles into anthemic rock.

More problematic is its determination to carve a PG-13 movie from Mercury’s R-rated life. His 20 years of exuberantly sexual partying are recast as a fatal primrose path encouraged by Prenter, signalled on screen by slivers of gay-club dance floors and boys booted out at daybreak.

What salvages much of this is Malek’s skilled embodiment of Mercury. Not just his spot-on stage gyrations and outsize overbite, but the dogged chutzpah that pushed Farrokh Bulsara to create Freddie Mercury, and the vulnerability that held long-time BFF Mary Austin needily close. His intensity ensures that the 15-minute Live Aid finale pays off the film’s themes, its seamless melding of archive footage and Malek’s strutting audience love-in providing a powerful finish, the camera sticking to him like sweat. It’s the only operatic and outrageous moment in a cautious, tick-box movie that cuts against Mercury’s own declaration: “Do anything you want with my music, dear. But never make me boring.”

Related to Bohemian Rhapsody review: Freddie Mercury, tied up with a bow