Minghella’s directorial debut keeps the candle lit for Fanning’s surly Isle of Wight teen ingenue and her ambition for up and out. 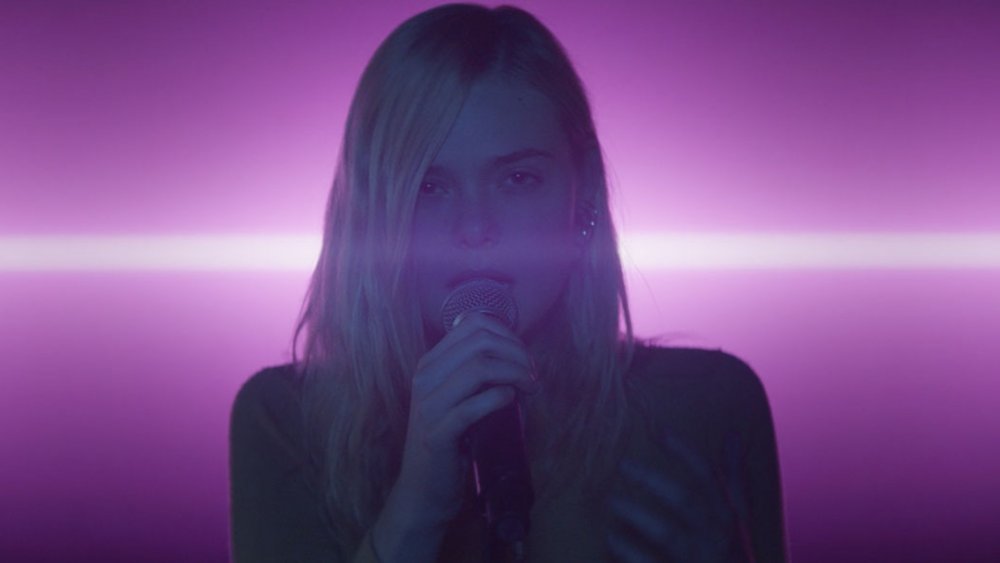 Primetime TV talent contests have been a staple of British entertainment for decades, millions watching on as starry-eyed wannabes place their fate in the tricksy hands of these dream factories. With his directorial debut Teen Spirit, Max Minghella taps into the bizarre idiosyncrasies at the heart of such an institution, delivering a bright and charming tale of the archetypal small town girl with a taste for stardom.

Elle Fanning is 17-year-old Violet, lanky-haired and pale, with an Adidas wardrobe and three gold hoops looping through each earlobe. She lives on the Isle of Wight with her Polish mother who needs Violet to focus on earning an income, not her hopes of a career in music. When she finds time, Violet sings covers of pop hits in the local working men’s club to down-and-out punters and empty chairs. She lights up the stage, but her world of pouring pints in a greasy work uniform is always waiting in the wings.

It is a chance encounter with one such punter that kicks off Teen Spirit, when Violet is approached by a former opera singer Vlad (Zlatko Buric), who admires her voice. When the titular Teen Spirit talent show auditions reach her hometown, Violet drags her unlikely new pal along to act as her guardian in place of her disapproving mother. The duo form an endearing pair, sharing giddy laughing fits and a natural, familial affection for one another as Violet’s successes begin to grow. 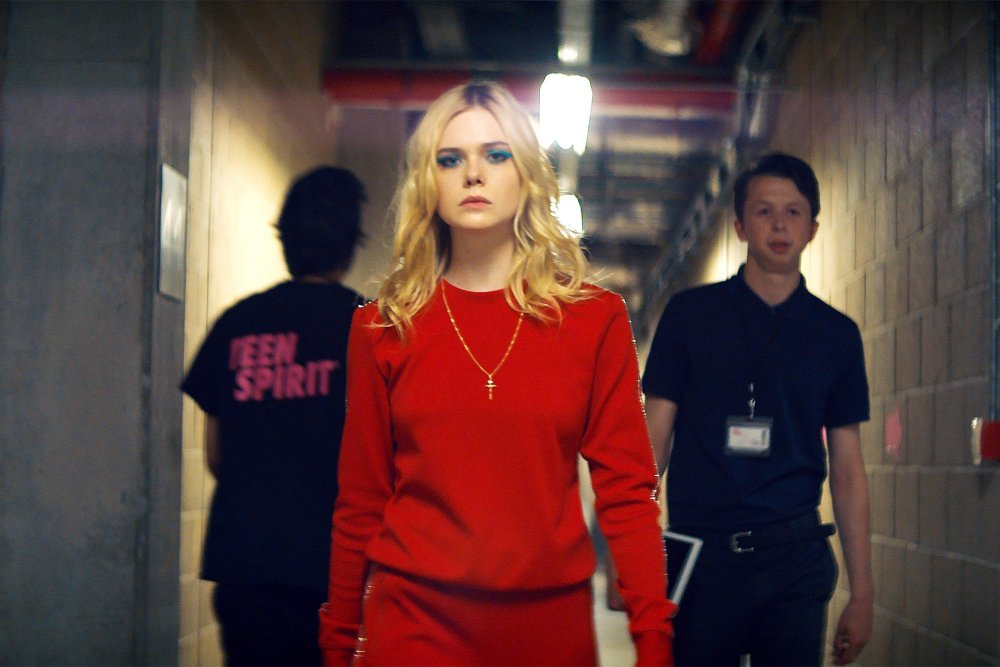 Notwithstanding this less than original narrative, Minghella’s keen eye for detail enriches the film with a warm familiarity. His approach is kitsch in parts but has a refreshing touch, harking back to the grime of adolescence so deftly captured by the likes of Skins in the late 2000s. It blends this grit with the charming tackiness of a school disco, all neon glow and reckless abandon to the tune of Whigfield’s dancefloor classic Saturday Night.

Fanning is confidently sullen throughout, a mature teenager on the cusp of her true potential. She is wickedly fun when she performs, spinning with delight through her own personal music videos with every song. When we first meet Violet she is drifting through a sunset-drenched field, tending to her beloved horse and lost in her headphones. It is these soft images of girlhood that we return to throughout, memories that at once comfort her through her pursuits of success and remind her of the life she so desperately wants to change.

Her singing is good, though as a judge remarks early in the audition stages, she is “very green” and she never quite shakes this off. It works for the role, however, that she is no born superstar. Violet is emblematic of the countless teens hoping to make it, whatever that means, with their burgeoning talents and naive hopes. Teen Spirit champions this Cinderella story with verve and compassion.