“That summer we were all waiting for democracy to start”: Dominga Sotomayor on Too Late to Die Young

Dominga Sotomayor’s third feature harks back to her coming of age in a commune outside Santiago during the summer daze of Chile’s transition out of the Pinochet dictatorship. She talks about working with young collective casts and her memories of place and the influx of late-80s western pop music in Chile. 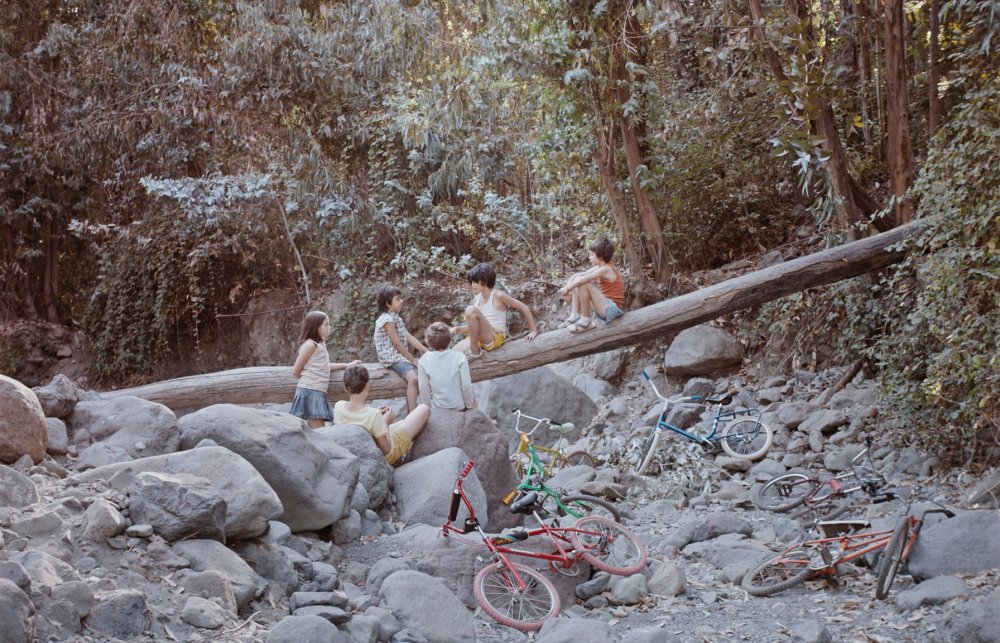 Too Late to Die Young is Chilean writer-director Dominga Sotomayor’s third feature, though the first since her well-regarded debut, Thursday til Sunday (2012), to receive much international distribution. The new work feels of a piece with the breakthrough film in its focus on the perspective of children and their burgeoning awareness of the complexities of their family situations. At the same time, that focus in the new effort is more expansive, with the juggling of a larger ensemble of both young and adult characters, and more ambitious in its evocation of a specific period and a unique setting rooted in Sotomayor’s own upbringing.

Too Late to Die Young is in UK cinemas.

Set in Chile in summer 1990, in the run-up to New Year’s Eve, the film follows teenagers Sofía (Demian Hernández) and Lucas (Antar Machado) and ten-year-old Clara (Magdalena Tótoro) facing various disappointments while living in a partially built ecological settlement in the mountains just off from Santiago. Lucas pines for Sofía; Sofía is drawn to an older man and also longs to move away from the commune to live with her estranged mother; and Clara searches for her missing dog. There is relatively little narrative incident, with Sotomayor favouring a shaggy hangout vibe above a story prone to any concrete definitions. The film’s political underpinnings – it’s set just after the end of Pinochet’s dictatorship – are unobtrusive, relegated to the briefest of period signifiers and occasional dialogue allusions.

I spoke to Sotomayor at the Locarno Festival in 2018, where she became the first woman ever to win the Leopard award for Best Direction. 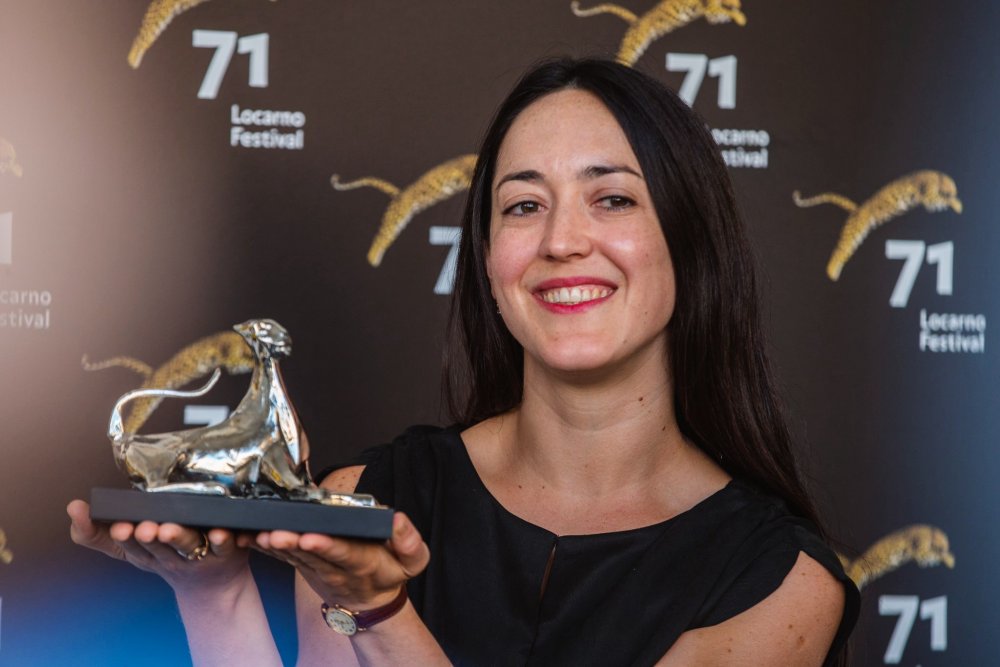 Where did the idea for Too Late to Die Young came from?

I was living in a community that is similar to the one that is portrayed in the film. It’s not the same but it’s similar. I arrived there with my parents when I was four years old, in a very significant summer because it was the summer of 1989. In December 89, Pinochet was kicked out and that December we arrived at this place. December is summer in Chile, and in March the first democratic president started. So that summer we were all waiting for democracy to start. I was very little, but I remember that was a big thing. And that summer, we moved with my parents; they decided to buy this land not far from Santiago, with other families.

There were ten houses and they started building our house. There was no electricity or phones. It was like camping at this place, in a way. One summer, but which wasn’t that same one, there was a big forest fire just after New Year’s Eve. I was very little and I remember it was a big thing for all of us. Christmas had just passed and I was with my little friend and we ran, because of the fire, to a swimming pool, or rather the place where you’d save the water for the campsite. And we stayed there away from the fire, thinking that we’ll be safe in this space. It was a big event that I always remember, but I never saw the fire because I wasn’t there near it until everything calmed down and we were safe.

I was living in the community until I was 20, and then I left to go to Europe and different places. I came back to the community, to live by myself, when I was 27, and I found VHS tapes belonging to a neighbour who had filmed the forest fire. So I saw the forest fire for the first time, all this. I missed everything; all my memories that I had with the forest fire were kind out of frame. I saw the VHS tape of my neighbourhood and I started working with this material, knowing that I wanted to make it into a film. I started writing from there.

That was 2013 or 2014, just after my first feature was released. The process was long but not too long, because I also made something else [Mar (2014)] in the middle and it wasn’t easy to finance this film. In Chile, we didn’t get the support, so it ended up being a multi-country production in order to make it happen. 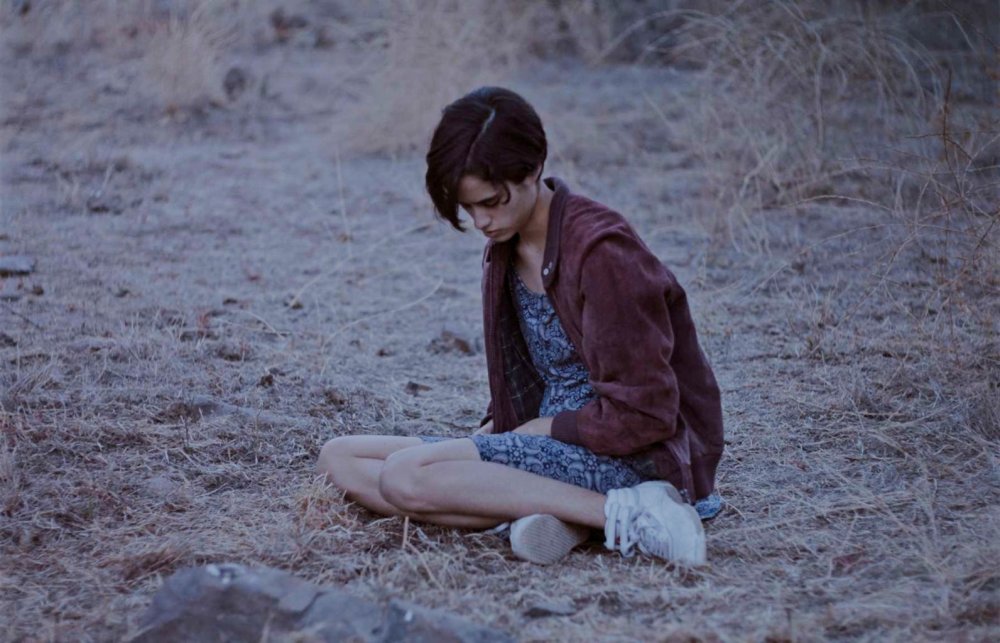 Do you see any connections between this film and your previous work?

I feel all my shorts and feature films are connected somehow, but this, for me, is like a new step; a challenge to make something different. I’ve always been interested in spaces and how these spaces are communicating dramatically about the characters. I’m also interested in young characters and their family situations that seem to be not too important in significance, but, for me, they’re of interest in terms of the uncomfortableness of daily life.

There’s evidently a degree of autobiography in the film. Is the element of your own life in it filtered through one specific character or is it scattered across several?

In all my work, I’m working with material that I know or is close to me, but I would say the most autobiographical thing is the feeling of this space. I know that place, I lived like this and transformed across 20 years and it was crazy. I can feel a little bit of myself in all the characters. And I think my goal was to portray a collective mental state rather than one particular character. To talk about one of them is to also talk about another one. Clara has a lot of Sofía, who has the same feeling as Lucas. I can feel connected with the three of them, but my life is or was not any of theirs.

The film’s point of view is filtered through multiple characters, but mostly through the children’s perspective.

I wanted to enter this community through the young. I think they’re more connected with nature than adults, and I wanted to enter through nature. I remember my childhood being very connected with this space, physically. I knew all the trees, the places to climb. There was something very organic with the relationship with nature. I think my goal in the film was to erase that border between humans and nature, and kids are the medium for that. 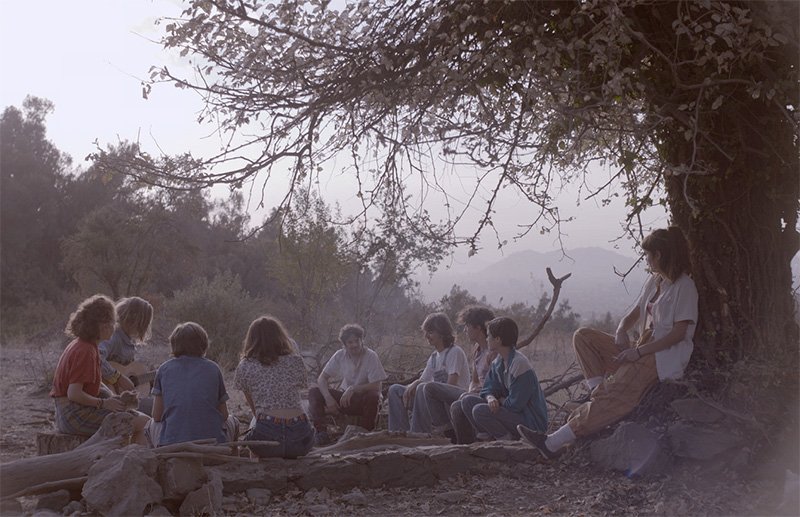 Are there any notable difficulties in making a collective portrait? That certain characters might feel lost in the shuffle?

What was difficult, or at least something that I focused a lot of attention on, was to make all these people feel part of the same community or the same universe, and in the same tone, because the cast is a mix of kids from that community without acting experience, kids from cities, adults with a lot of experience in film. They’re all coming from different backgrounds.

What went into casting the young characters?

As with my first film, I worked with my mother; she’s an actress and she handles the casting for my films.

I really wanted to work with kids without any previous experience. We didn’t do a traditional casting. We decided to look inside the community today, through neighbours and friends, and we selected a group of kids. We did the youngest first; I think it was about ten kids and we ran a workshop. We invited them for three days to play music, talk, to do some games, some acting with my mother, myself and some other people. And from that group, I picked the main characters. And then the others were invited to play secondary characters.

Same with the teenagers. We picked about ten and they all knew they would be in the film in some way. I like that because they cannot not be selected, so it was like an inclusive casting. 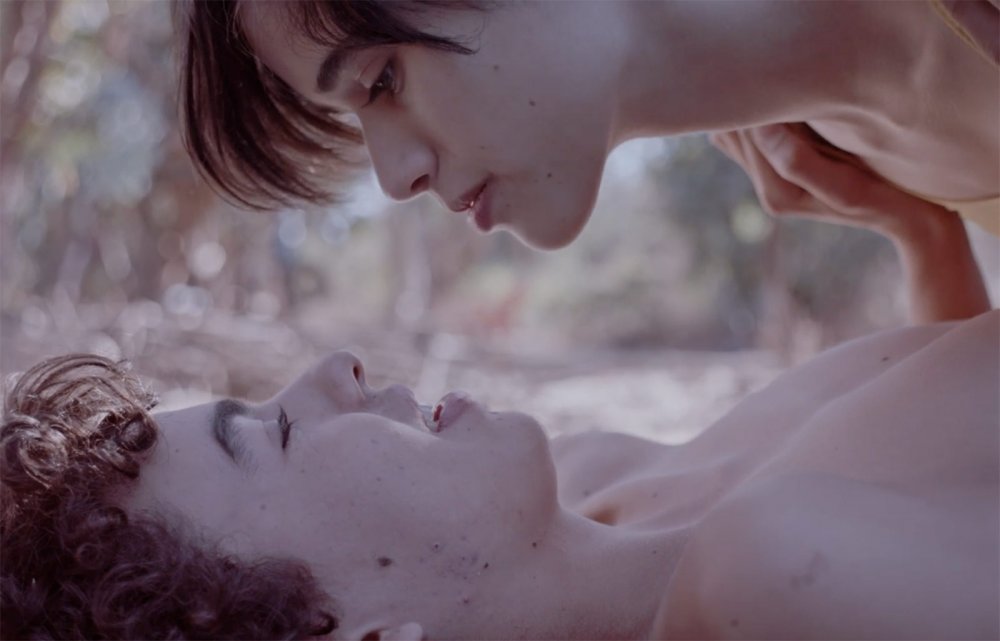 A memorable image from the film’s New Year’s party sequence is a young boy doing a Michael Jackson-esque dance. Elsewhere, Sofia sings The Bangles’ Eternal Flame and has Sinéad O’Connor pictures in her room. Could you discuss the young characters’ relationship to this music?

I was doing research and, for me, it’s very interesting what was happening in Chile because while the transition was coming, there was also a very random crash of music. There was this political music in Spanish that came from the dictatorship; kind of folkloric. And then, suddenly, the music of Michael Jackson was coming! I think this crash is very interesting for talking about the generations; how the parents were listening to certain music and the kids were trying to listen to the new music in English.

When I was defining each character, I was thinking Sofia must listen to music in English because she wants to leave the place. This one guy wants to listen to Argentinian rock and is very influenced by that. I think it’s a very musical film. I want the music to talk about the characters. In my films, the characters are not usually very expressive, or the emotions are very low-key, and I like music as an element of confronting them with emotions.

Why the Mazzy Star song Fade into You? Two cover versions of it play in the film.

I love that song and I think it’s so representative of the period. The song has this deep feeling of love, of lust, the feeling of being loved for the first time. I think that works very well with the feelings of Sofia.

What is the story behind the film’s title?

Someone sent me a picture of a very young girl when I was finishing my first film, which said “too late to die young” on it. I made a joke and said this title will be my next film. I didn’t have the idea then but I always had the title. But I think the title captures the nostalgia and it captures a lot of what I was trying to do with this film; this feeling of an early loss of delusions. And I like it as a statement, not just for the young characters but also for what I’m feeling now.

Related to “That summer we were all waiting for democracy to start”: Dominga Sotomayor on Too Late to Die Young