Six new films suggest the rise of a new generation of Argentine filmmakers forging their own identity.

Over the last ten years an eclectic group of Argentine directors – figures such as Lucrecia Martel, Pablo Trapero, Martín Rejtman and Lisandro Alonso – have blazed a trail on the festival circuit, in a movement that soon became labelled the ‘New Argentine Cinema’.

After an auspicious beginning, for a while it seemed as if the scene had become stuck in a groove, but over the last three years a younger breed has forged its own identity. “There’s a new generation of filmmakers who are no longer trying to emulate the New Argentine Cinema,” says the London Film Festival’s Spanish-language programmer Maria Delgado, “and are establishing a conversation between different modes of filmmaking.”

From the 120-odd films currently made each year in Argentina, six features by the newer directors were selected for this year’s LFF: Milagros Mumenthaler’s Back to Stay, Laura Citarella’s Ostende, Santiago Mitre’s The Student, Pablo Giorgelli’s Las Acacias, Gustavo Taretto’s Medianeras and Hermes Paralluelo’s Yatasto. The festival also screened a new short by one of the ‘veterans’, Lisandro Alonso. His Untitled (Letter to Serra) is the other half of a ‘Correspondence’ with the Spanish filmmaker Albert Serra, one of a series commissioned by the Centre of Contemporary Art in Barcelona. (I’ve already blogged about the ‘Correspondence’ between Jonas Mekas and José Luis Guerín, another LFF entry.)

Another invitee to this year’s LFF was Diego Lerer, the film editor of Clarín, Argentina’s biggest broadsheet. We’d previously met at the Buenos Aires Festival of Independent Cinema (BAFICI), a key motor of Argentine independent cinema since its own inception in 1999; in London he kindly agreed to give me his own views on what’s going on in Argentina. 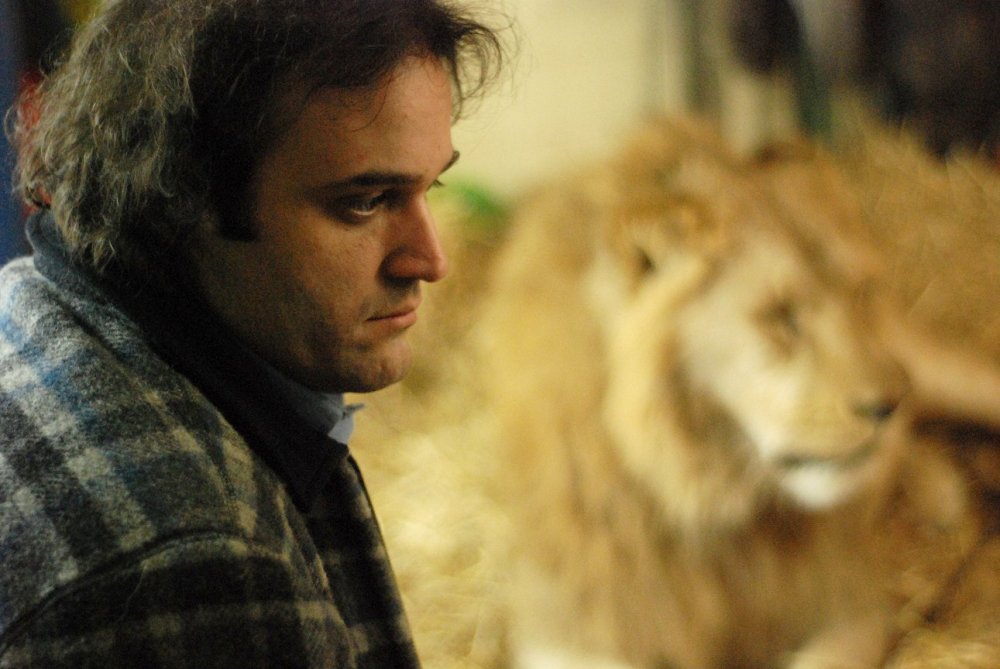 For Lerner, one significant development is that this new generation is no longer so dependent on BAFICI to raise funds, nor does it take subsidies from INCA (Argentina’s National Film Institute). Instead these filmmakers tend to finance their films via their own production companies, such as El Pampero Cine – run by Mariano Llinás, director of the groundbreaking Historias Extraordinarias (2008) – or La Unión de los Rios and Pasto Cine, co-producers of The Student.

Another distinctive trait of films such as last year’s LFF hits Castro and They All Lie, or this year’s Ostende and The Student, according to Lerner, is their directors’ strong links with Buenos Aires’ lively independent theatre scene. Alejo Moguillansky (Castro), Matías Piñeiro (They All Lie), Citarella and Mitre have all shown a preference for professional theatre actors over the non-professionals generally favoured by filmmakers like Alonso. Lately, moreover, they’ve begun drafting in back-stage veterans to work as screenwriters, cinematographers and editors.

This now close-knit group of collaborators – still sometimes interchanging positions – gives the films a particular look and feel. Rarefied mise en scène and unusual camera moves, for example, are coupled with a more distanced style of acting which, although it originates in the anti-naturalism of theatre, has elicited some unfavourable comparisons with the nouvelle vague. These filmmakers’ detractors accuse them of being, says Lerer, “rich kids who play at making films as if they were Rivette, Rohmer or Godard. Although there may be some truth in that, the important outcome is that they’ve introduced a change.”

With politics understandably engrained in Argentinians’ DNA, I was surprised when Lerer told me that this cinema is also accused of being insufficiently political, compared to pivotal films of the 1970s and the 80s such as Octavio Getino and Fernando Solanas’ The Hour of the Furnaces (1970) and Luis Puenzo’s The Official History (1985). 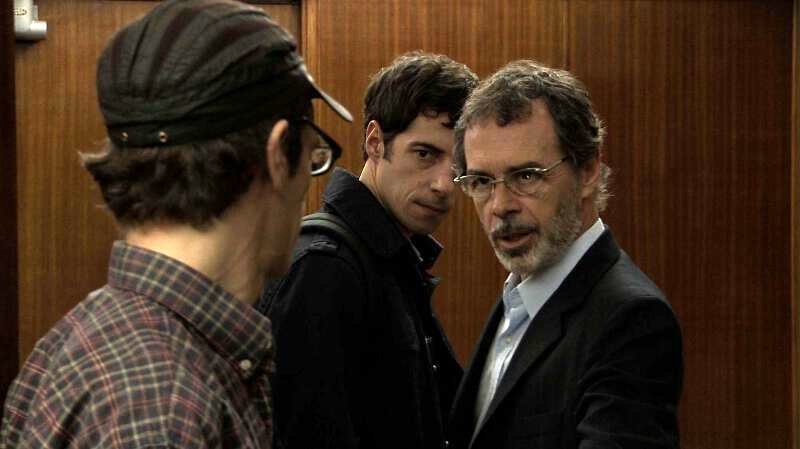 This notion couldn’t be further from the truth in the case of Mitre’s The Student, whose deliberately indeterminate aesthetics could place it just as easily in the 70s as in the present. Its uncannily precise capturing of Argentina’s political zeitgeist within the world of Buenos Aires university politics has already attracted relatively large numbers at the Argentine box office.

Mitre was the scriptwriter of Pablo Trapero’s Lion’s Den and Carancho, and The Student has a similarly forceful narrative drive – a compensation, perhaps, for audiences unfamiliar with Argentine history and politics, for whom this subject-matter will not be so accessible.

The same can be said of last year’s They All Lie and Castro; but unlike those films, The Student in its varied influences also harks back to such American thrillers of the 70s as All the President’s Men (1976) and Three Days of the Condor (1975) – or, as Mitre himself has suggested, to Jacques Audiard’s 2009 A Prophet.

This type of filmmaking co-exists with that of films like Yatasto and Las Acacias, which are more directly connected to the naturalism favoured by the previous generation. They also tend to be politically charged in their focus on Argentina’s marginalised indigenous people, its other ‘disappeared’ people (after the legions abducted by the dictatorship in the 70s). Often immigrants, these characters pick up the baton from the protagonists of films such as Adrian Caetano’s Bolivia, Pablo Trapero’s Crane World, Lisandro Alonso’s Los muertos, Fantasma and La libertad, and of course Lucrecia Martel’s silent/silenced, observing servants. 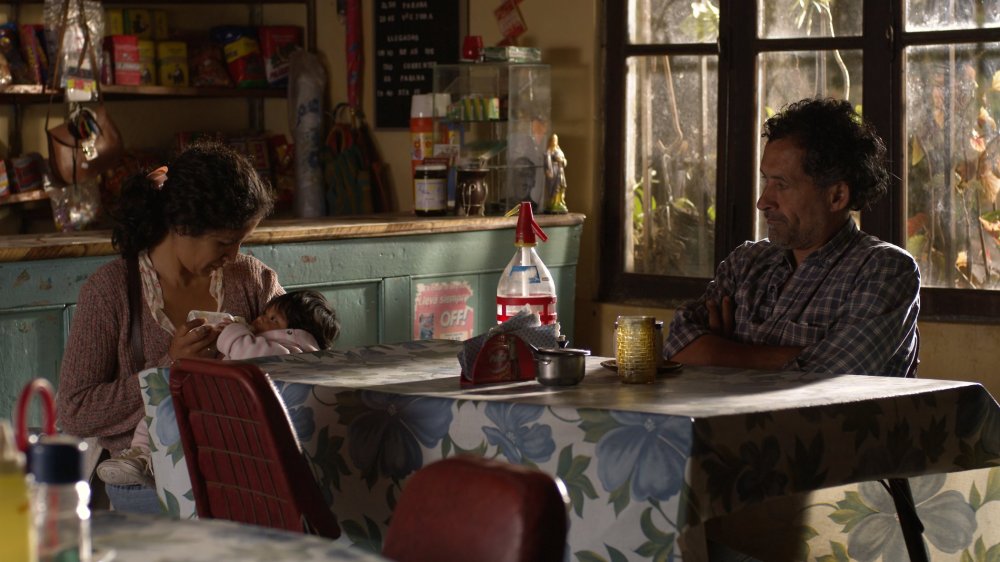 Pablo Giorgelli’s exquisite Las Acacias (whose principal actor, Germán de Silva, also features in The Student) is a film in which ostensibly very little happens: an Argentine lorry driver gives a lift to an indigenous woman who’s travelling with her baby to join her family in Buenos Aires. Nevertheless, it exudes such genuine warmth and beauty that it was showered with three awards at this year’s Cannes, and several more since. (An interview with Giorgelli will be published in the January 2012 issue of Sight & Sound).

Not entirely dissimilar to Las Acacias, Alonso’s Untitled (Letter for Serra) is a mesmerising and ultimately poignant 23-minute short, in which Alonso definitively breaks with the naturalism that has characterised most of his films. He even engages with Argentine history far more directly than hitherto, in a scene in which an actor reads aloud a symbolic text about the disappearance of a particular breed of dog at the hands of the colonisers. 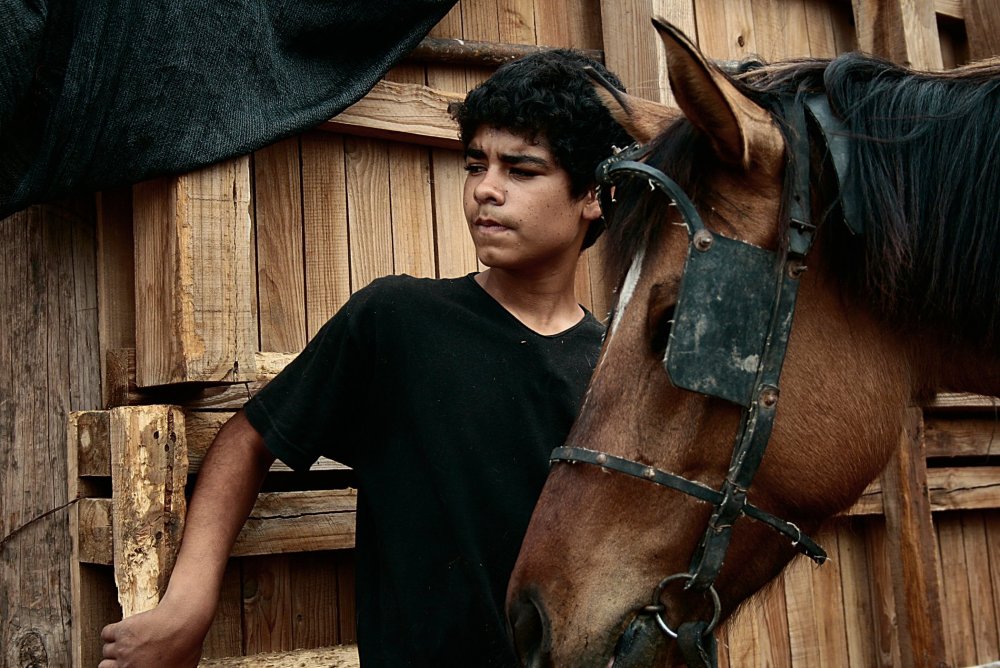 Paralluelo cleaves to an observational minimalism not unlike that of Alonso, although his pronounced engagement with the particulars of a particular location – he follows the daily lives of rubbish-pickers in Cordoba’s slums – brings him closer to Pedro Costa (albeit with an ample space for humour reminiscent of Jose Luis Guerín’s 2001 En construcción). This places him right at the centre of Argentine independent cinema, where, as Delgado notes, “space has clearly become a character in itself.” Thus the university of Buenos Aires in The Student, the house in Back to Stay, the hotel in Ostende, the woods in Alonso’s ‘letter’, the road in Las Acacias and even Buenos Aires’ architecture in Gustavo Taretto’s subtle, gentle and deadpan romantic comedy Medianeras.

Taretto’s film, a much more commercial enterprise than Yatasto, feels akin to Martín Rejtman’s wonderfully droll Silvia Prieto (1999) or The Magic Gloves (2003). It features Spanish actress Pilar López de Ayala (Guerín’s muse in In The City of Sylvia, 2007) in a story about two isolated young people in our virtually ‘connected’ world. But more interestingly, as Lerer notes, “Medianeras is a film that has struck that difficult-to-achieve balance between having clear commercial aspirations but also not feeling out of place on the festival circuit.”

Women are also securing their fair share of public space in Argentina. Not only do women rule the country (the day I began this post, Cristina Fernández de Kirchner was re-elected as president), but according to Lerer their films constitute 30-40 per cent of the total annual output, making Argentina possibly the country with the largest proportion of women filmmakers in the world.

Lucrecia Martel’s success undoubtedly helped paved the way – since Argentine filmmaking (and film criticism) has traditionally been as male-dominated as elsewhere. But let’s not forget as well the likes of Celina Murga, Paula Hernández, Albertina Carri and Sandra Gugliotta. In this year’s LFF, Milagros Mumenthaler’s Back to Stay and Laura Citarella’s Ostende offer, as Delgado notes, “not a feminist sensibility, but certainly a female sensibility concerned with reworking conventions associated with a particular kind of male filmmaking – whether Antonioni, Rohmer or Hitchcock – and who are doing very interesting things with genre.” 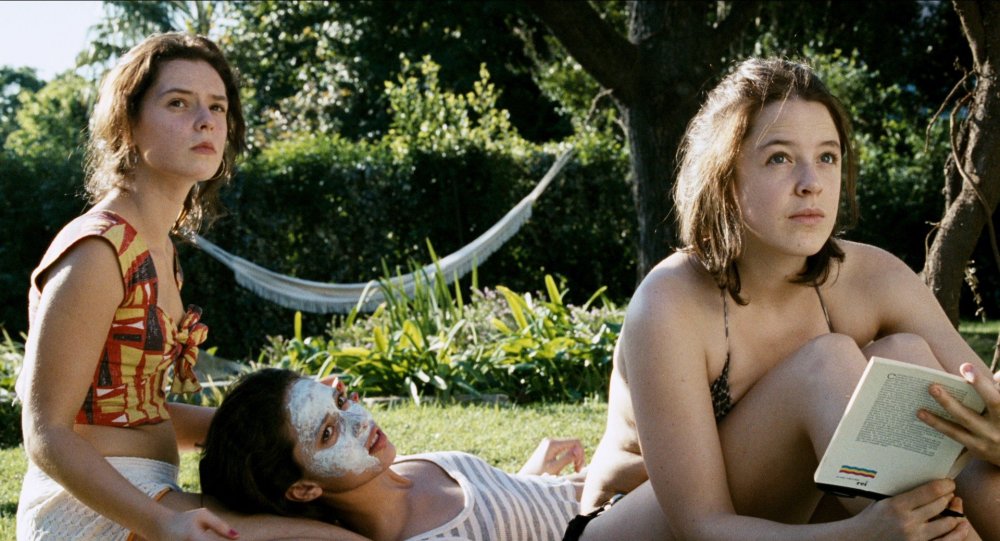 Having just walked off with Locarno’s Golden Leopard for Back to Stay, as well as its Best Director and Best Actress awards, Mumenthaler’s small, personal and quite beautiful film tells the story of three sisters, Marina (21), Sofía (20) and Violeta (18), who have just lost their grandmother and carer, Alicia. It’s hinted their absent parents are already among the country’s ‘disappeared’.

Mumenthaler’s charming, highly entertaining film captures perfectly the bitchiness and tenderness between the trio. At times it reminded me of Carlo Saura’s 1976 masterly Cría Cuervos (Raise Ravens). But here the main preoccupation is not the space – ie the house – but more precisely the loneliness that permeates this already emptying building. The parents, the grandmother, the girls’ past histories – all are absences effectively mapped by cinematographer Martín Frías, not least in his use of windows and doors (the Spanish title translates as ‘Open Windows and Doors’).

Emptiness also lies at the heart of Laura Citarella’s more genre-oriented Ostende. The action takes place in a genuinely eerie, run-down hotel in the holiday resort village of Ostende, in which Laura, the protagonist, has won a few nights’ free stay during off-season. Citarella’s film calls to mind not only Hitchcock but most tellingly Kubrick, particularly the Overlook Hotel of The Shining (1980) – although it shares with Back to Stay a self-reflexive playfulness that keeps sentimentality (and horror) at bay. 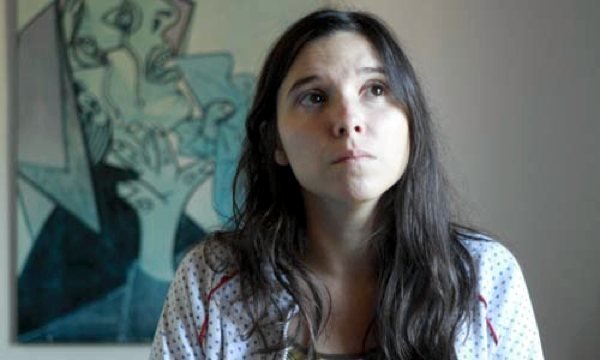 Perhaps the most manifest tendency of this new generation of Argentine filmmakers is their questioning of what appears to be real. This becomes particularly significant in a society whose recent past (dictatorship and economic crisis) rests on ‘disappearance’, deception and the total collapse of appearances. Tellingly, Mumenthaler uses actresses who don’t resemble each other at all, and stealthily raises the question of secrecy around the three sisters’ (and the country’s) past when Sofía insists that Marina could be adopted.

In a further twist, Citarella – who produced Castro and Historias Extraordinarias, and assistant-directed The Student – picks up (albeit in a much more gentle way) the mischievous methods of storytelling that structure all her productions. Nesting stories within stories (per They All Lie) and introducing mistaken identities, all left unresolved, she leaves the viewer confused and disoriented, not unlike James Stewart in Rear Window (1954) or Vertigo (1958).

The virtual world of Medianeras, the uncovered machinations of The Student, the untold history of Back to Stay, the made-up stories of Ostende, the metaphorical re-enactment of history in Alonso’s Untitled, the seemingly documented reality of Yatasto and the apparent naturalism in Las Acacias – all encourage a concerted probing and questioning of what it is we actually see. But as Nietzsche already put it: “There are no facts, only interpretations.”