Carla Simón on Summer 1993: “You have to forget the fact that it’s your story”

The Spanish director’s debut feature is an intensely autobiographical tale of an orphan confronting the loss of innocence that bereavement brings. She explains how she turned her own childhood into a captivating film. 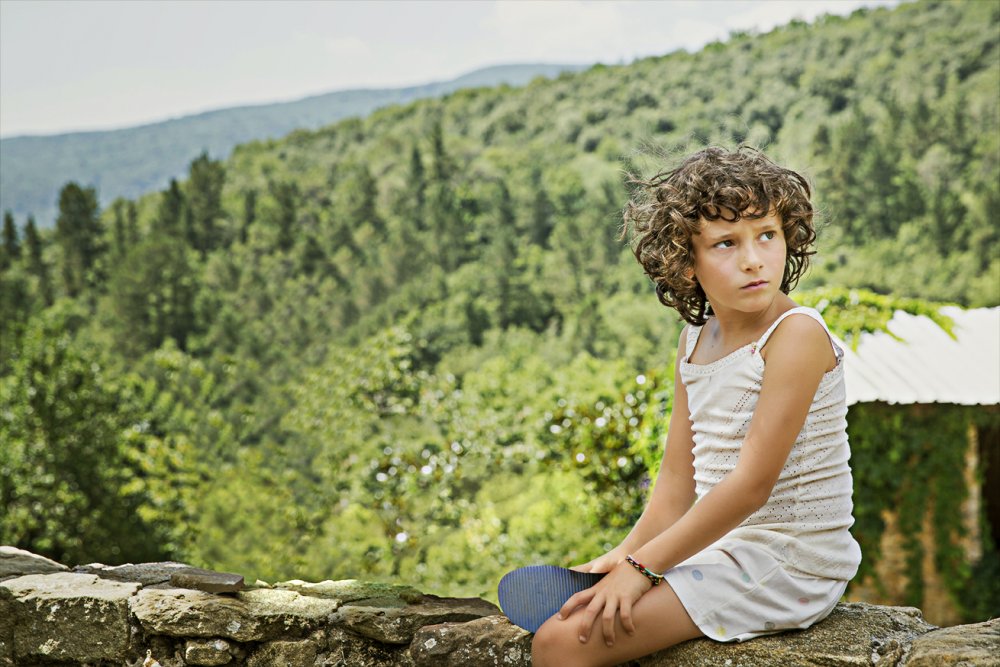 In the summer of 1993, six-year-old Carla Simón was sent to live with her uncle and aunt after both of her parents died from Aids. With the help of brilliantly raw young actors and clear directorial strength already, Simón has bravely given her own story to the narrative of her feature fiction debut in Summer 1993. The blur of a hazy, hot summer in the Catalan countryside provides the backdrop, as Frida (Laia Artigas) adapts to life with a new family.

Honest childhood memories elevate this thoughtful coming-of-age story, told through the eyes of a girl ripe with tender innocence and a determination to capture childhood joys in defiance of of death. Simón’s films focuses on how her childhood looked, and the way that growing up feels when you’re being talked about, not to. Written, shot and released over three consecutive years, Summer 1993 is a passion project that keeps intact a sense of affection for its source, while reaching out to a world of people who have lost but have never stopped loving. I spoke to Simón about the film ahead of its UK release.

How has the film’s reception been for you across different countries?

It’s been crazy. In Spain it was so beautiful, because there are lots of stories from young people who lost their parents to Aids. A lot of them wrote to me, so it was very powerful to get to know these people with the same story. 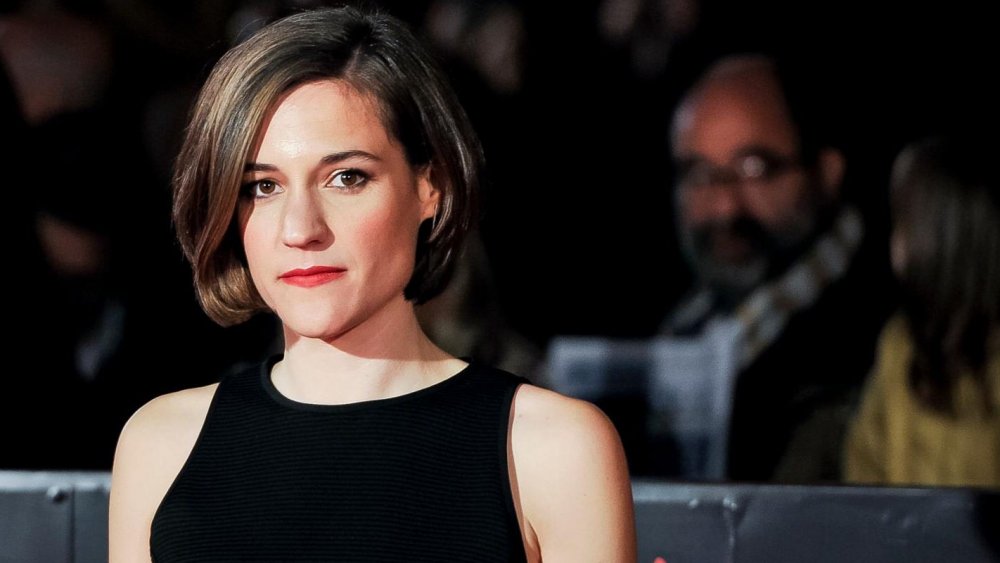 Did people approach you in a similar way outside Spain?

Every country has their own relationship with Aids. In Spain it was very much related to the drugs crisis. When Francisco Franco died in 1975, it was such a happy, transitional period. The freedom came, and the youth kind of just took it. They lived as if there was no tomorrow and then a lot of heroin came in, and the government didn’t do much to stop it.

They didn’t know the consequences, so a lot of people tried it and had a bit of a crazy period – we call it la Movida. Suddenly Aids came, and it was a disaster. Spain was the European country with the most deaths because of Aids, and so there are a lot of stories like mine. We never really talk that much about it, but you soon realise that most of us know someone who died of Aids.

Summer 1993 shows Frida’s life after her parents are gone, nothing before, without ever losing the resonance or framework of the tragedy.

I don’t really remember much about what happened before. I have more memories getting to my new family and trying to adapt. A long time ago, I tried to write my mum’s story but it was so hard because I didn’t know her that much, I was so little. Being away from home also gives more value to your background. 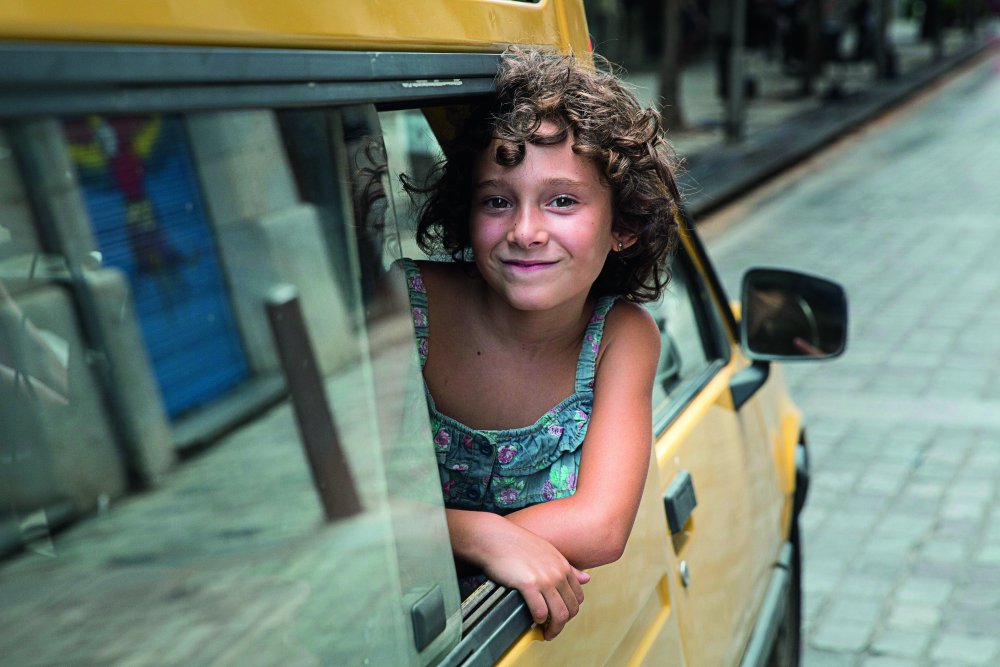 How easy was it to trust other people with your story?

It was a long casting process. We were looking for Frida for six months; the casting director saw about a thousand girls! We were looking for kids who already felt like the characters in real life, because you can ask an adult to create a character, but it’s something that’s difficult to ask a kid. So Laia really has a lot of Frida, and Paula Robles a lot of Anna (Frida’s younger cousin). We also wanted to see how the two characters could work together. With Laia and Paula you could see when we put them together, the relationship was instantly similar to the one written in the script.

When you direct, you have to maintain the right distance and forget the fact that it’s your story. The script process was introspective, thinking about how I lived this period through stories and pictures. For the shoot, it felt like I had to put this personal process to one side and treat it like a story. I blocked my emotions somehow. People would be crying on set and I would just stay so focused! I had this internal fight all the time, trying to really achieve what I had in my mind, the exactitude of my memories. But this wasn’t possible, because you have to make it with other people and other locations. I had to learn to look at what was in front of the camera, and trust that this was also telling the story.

Did it become Frida’s story more than yours?

Yeah, kind of. When editing you have to look at it from the audience’s perspective as well. I had to make sure that I was telling the story I wanted, while understanding a different view. During one of the last screenings with my editor, the film ended and I thought, “This is it.” I felt a lot of very strong emotions that I couldn’t quite work out, something similar to what I felt as a kid.

The last scene offers such a powerful image and devastating tone when Frida starts crying.

The first and last scenes were in the very first draft of the script. I remember that I didn’t cry on the day that my mum died. Years later, I read a book where a character died and I cried a lot, so I was feeling guilty because I was crying more for this character than for my mum!

Crying was an important device in the film to explain Frida’s emotions. The first time we shot the last scene, Laia didn’t cry. We tried it in the editing room with both versions, and when she didn’t cry it left you quite uncomfortable, it was really hard to watch. But when she cried, it was definitely a happier ending. 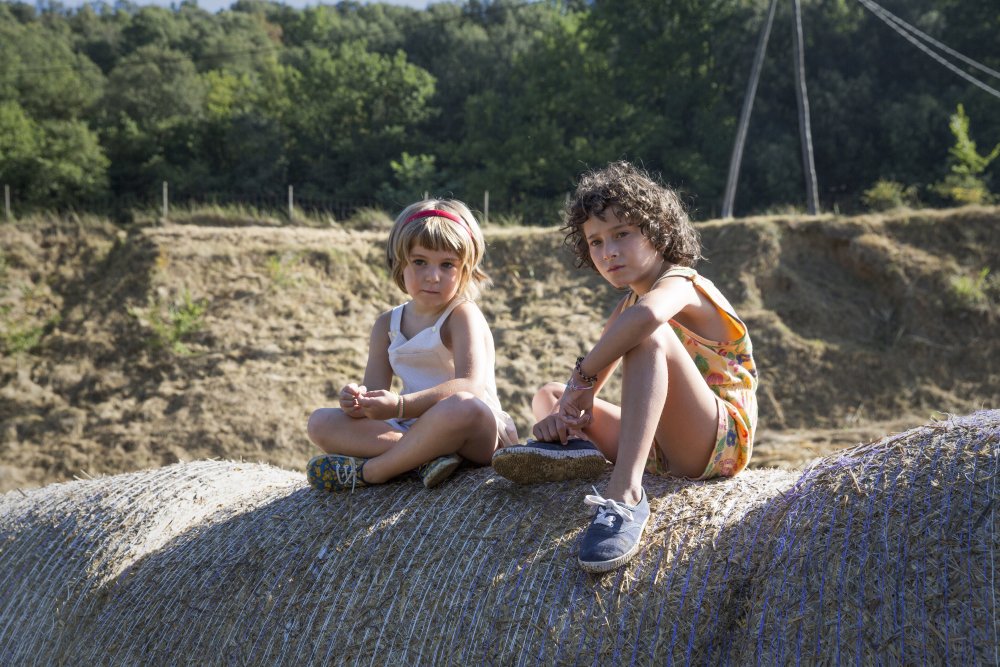 Coming-of-age films that focus on teenagers tend to offer much less crying, everything feels more contained. How does it differ to tell such a story with a younger protagonist?

It’s very natural to live through a death at this age. It was important to show that even if something like that happens to a child, they don’t stop playing, laughing and having a nice summer. She learns something very big and what death means, and she knows that she has to start over, but without stopping being a kid.

There’s still a lot more growing up to do.

When Frida and Anna are playing dress up with layers of makeup and glamorous clothes to look like adults, it feels like a playful homage to both childhood and legacy.

I was inspired a lot by my family photos, I have so many in which I’m wearing makeup and playing dress-up, I was obsessed. I don’t remember playing my mum, but someone told me that maybe I should find ways to put her in the film, to show the audience how she was. So I told Laia specific sentences that I took from my mum’s letters, but the games they play were different in every take, there ended up being a lot of freedom.

Before the recent wave of coming-of-age films like Call Me By Your Name or Lady Bird, did any works about childhood feed Summer 1993?

The Spirit of the Beehive by Victor Erice and Créa Cuervos by Carlos Saura, two Spanish films that have the same little actress in both of them, Ana Torrent. Both are set during the dictatorship, and you see that the context is very subtle. They’re told from the girl’s perspective and you really see the complexity of children’s psychology.

Jacques Doillon is really good at directing kids, so I was inspired by Ponette a lot as well. 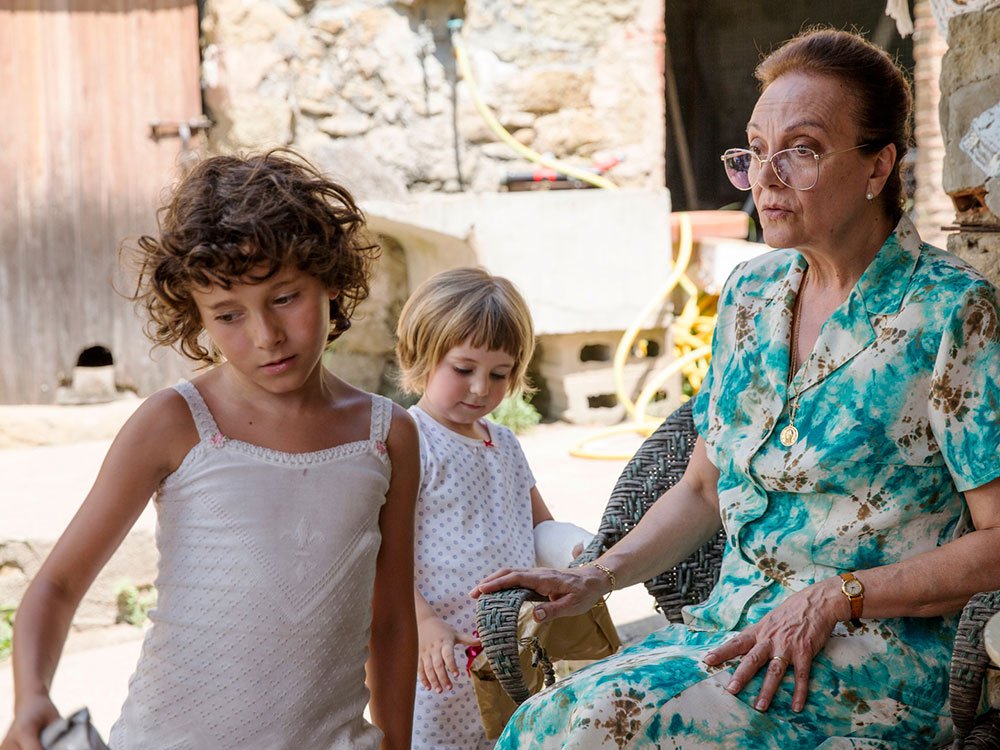 Sean Baker, director of The Florida Project, spoke about your film and mentioned Ponette as well.

I love The Florida Project! I saw it after finishing Summer, it’s very powerful and has an incredible energy. Both [Brooklynn Prince] and [Bria Vinaite] are amazing. It’s great to see someone on the other side of the world as well, still capturing the same essence.

Did you always know this would be your first feature?

Sometimes I thought I should wait because it’s such an important story for me, I wasn’t sure whether to tell it for my first film. But I suddenly felt this urgency to tell this now. It felt right.

What did your family think?

They’re not so objective. My sister is an actress, she plays the younger aunt in the film. We had a brother after 1993 and he’s now a musician, so he made the jazz music. Because we were shooting close to my parents, they would come and help – my dad helped a lot with the art department, building sets. My mum read all the drafts of the script and was very helpful. Everyone was very involved.

Do you have any plans for your next project?

I’m still writing. It’s about a big family, three generations of farmers living in the same farmhouse who grow peaches. It’s about their last days in this land, because they’re about to lose it.

It’s set in an area in Catalonia where my uncles live. It’s a place that I love, that I’ve been every summer and Christmas. It’s about agriculture and how important and difficult that is. When you’ve grown up in the countryside and you move away to the city, you have a nostalgia for this place. As a kid you feel so free, and I have a lot of memories about it. I’d never change that.

Related to Carla Simón on Summer 1993: “You have to forget the fact that it’s your story”