The director’s debut feature film is a dark fairytale that deals with bullying and social isolation, as experienced by teenage girls – and their mothers. 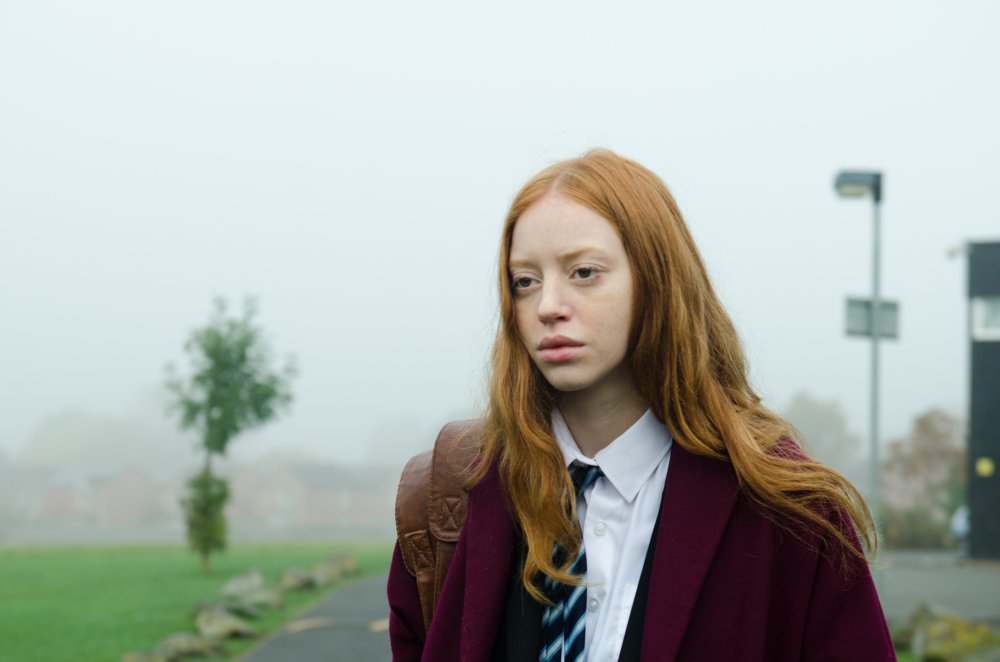 A dark fairytale set in Derbyshire, Pin Cushion tells the story of Lyn (Joanna Scanlan) and Iona (newcomer Lily Newmark), an equally oddball mother and daughter duo who arrive in a small town to start their lives afresh. The pair have an extraordinarily close relationship, living in a house that they decorate like a kingdom of their own, with cutouts of kittens and cupcakes adorning their walls and a pet budgie that they treat like a family member.

Pin Cushion is released in UK cinemas from 13 July, with a preview at BFI Southbank on 5 July, followed by a Q&A with director Deborah Haywood and members of the cast.

Although Lyn and Iona are excited to be in a new place, and determined to make the best of it, the harsh realities of high school and adolescence soon start tearing them apart. While Iona, who possesses an ethereal beauty and seems untouched by the conventions and preoccupations of modern life, falls into the popular crowd, Lyn struggles to make friends with her neighbours.

The debut feature of writer-director Deborah Haywood, this strange, ethereal film has successfully toured the festival scene after opening the Venice Film Festival Critics’ Week last year, with stops in Toronto and Rotterdam, before a London premiere at the East End Film Festival.

It’s a deeply personal film, named after a saying from the director’s hometown: “Where I’m from, ‘pin cushion’ means a girl that takes more pricks than a pin cushion. Somebody who’s promiscuous,” explains Haywood. “So I started thinking, who’s the person behind the school slag?”

Iona learns the tricks of the resident ‘Heathers’ – the mean girls at school – quickly, and starts attracting the attention of the boys. The more confident and aware of herself she grows, the more direct and troubling the bullying her gang of girlfriends inflict on her, forcing Iona to retreat into a fantasy world – shot with a dreamy pastel-chic colour palette by cinematographer Nicola Daley – that’s radically distinct from the flat environment of their small town. 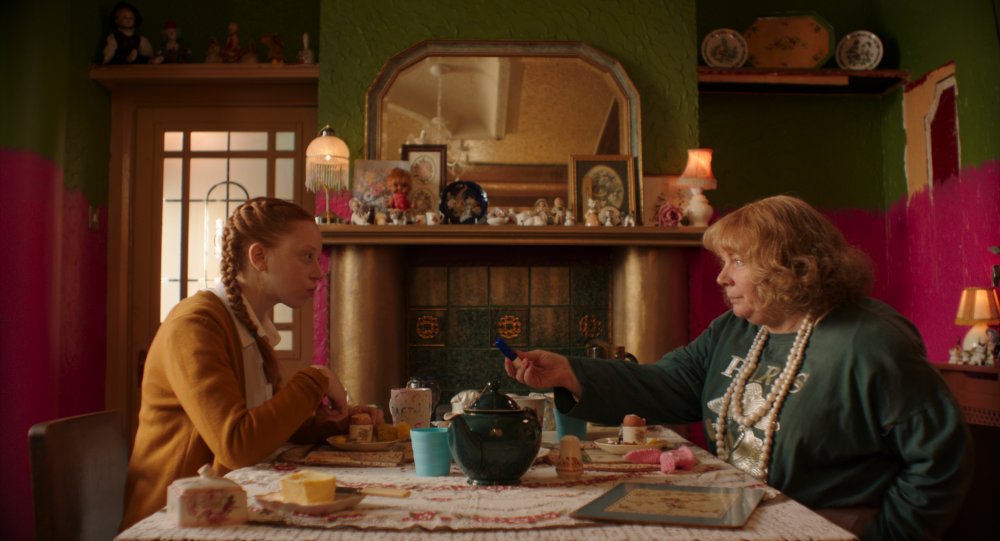 This is a painfully prescient insight into teenage girls’ pack mentality: “I think because she looks like an easy target. She doesn’t look like everyone else. She doesn’t wear make-up and wears slightly longer skirts. When you see someone else who’s a bit vulnerable, you pick on them to get your own status up. And once she puts a bit of makeup on and starts getting noticed, she becomes not a victim but a threat. Then they have to flatten her,” says Haywood.

Bullying, particularly of teenage girls, has been a hot topic recently, partly due to the success of the Netflix teen drama 13 Reasons Why (which turns a teen girl’s suicide into a detective story to unravel how she was bullied by her classmates). It’s also still a taboo subject. “It makes us feel uncomfortable if we were bullied, and it makes us feel uncomfortable if we have bullied,” says Haywood. “And I think that although it seems very now, but because it’s so personal and it feels like you’re the only one, I think that’s also why people are responding to the film, because it is so true, it’s still happening. It’s not like I’m picking a subject and making it up, it’s from real experiences and people recognise those experiences.” 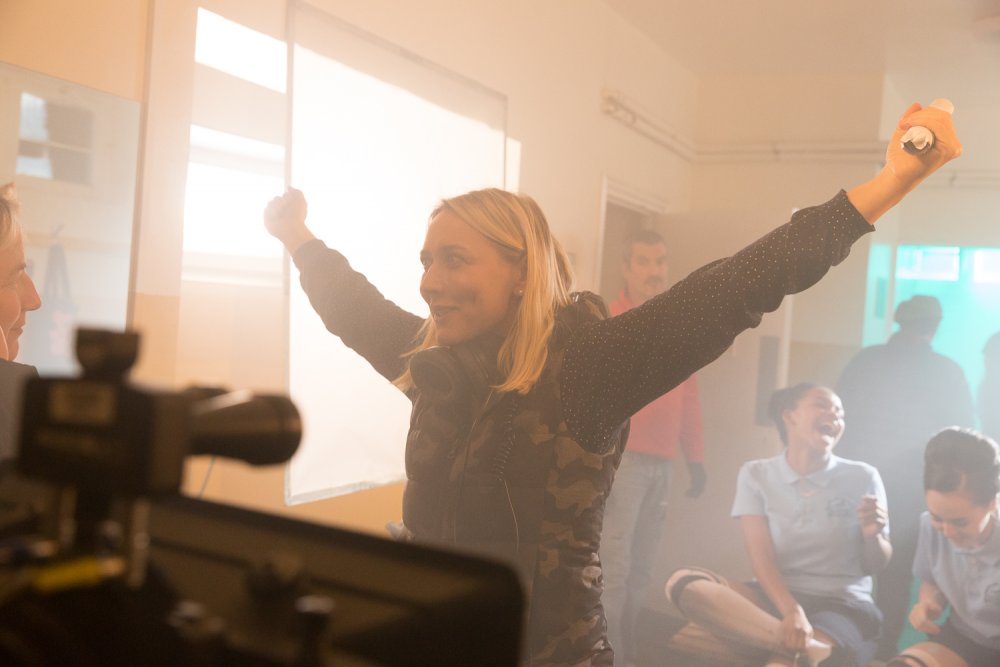 Deborah Haywood on the set of Pin Cushion

Haywood, who experienced bullying in school, remembers certain behaviours with a terrifying clarity, and fed these into her script. “When people started reading it and talking about it, my first instinct was to pretend that it wasn’t personal. Especially because one of the things that makes us ashamed, as women, is being autobiographical. I thought, I’m not a real filmmaker if I say it’s autobiographical – and I still felt ashamed at being bullied, I didn’t want to look like a victim, even though I’m a fully grown adult. But it’s personal, and if I’m not being honest about it, I’m not contributing in an honest way to the conversation about it. That wouldn’t have been helpful to me as a teenager. I would have wanted to look at people and see that they’ve been through it and they’ve gone past it.”

Pin Cushion is far from being a superficial take on a zeitgeisty topic, and it’s actually the treatment of Iona’s mother, Lyn, that sets it apart. In the director’s words, “Iona is the protagonist but I think it’s Lyn’s story.” Whilst her daughter is trying to make sense of teenage politics, Lyn is struggling to connect to anyone in their new town. 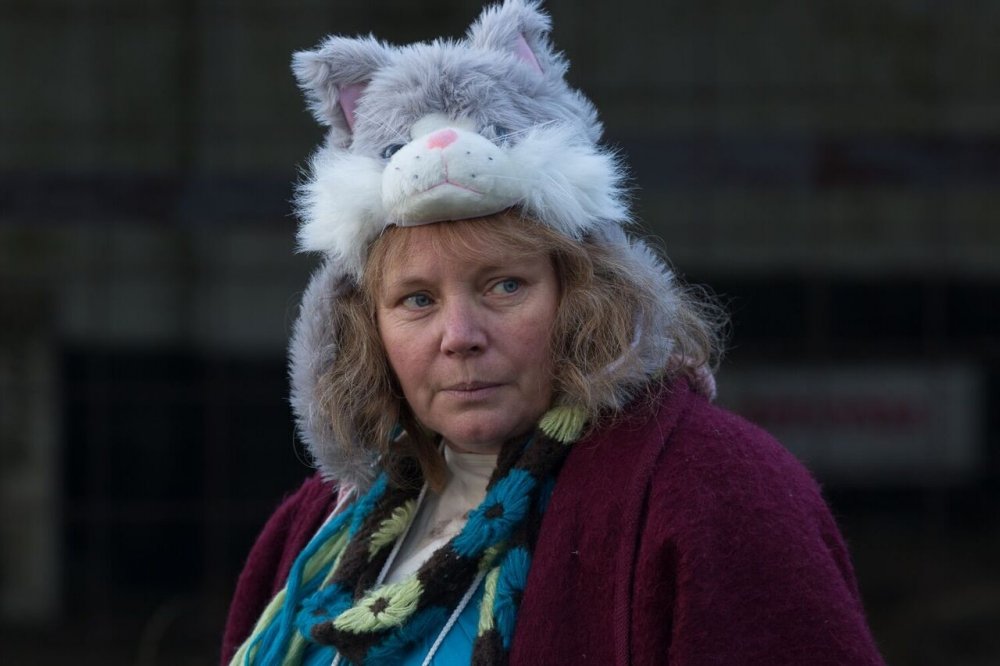 Larger than life, extremely warm and terrifyingly lonely, Lyn is the rarely seen image of an adult still struggling to get over the behaviour that’s mostly designated for teenagers. Haywood was initially inspired by Susan Boyle when writing the character and felt that Scanlan, best known for her comedic turns in In The Thick of It and Getting On, was a safe pair of hands for the character. “I watched her do an interview on Bafta,” she recounts, “and it was the way she was listening to the person who was interviewing her, she had this kind of unpredictability behind the eyes. I thought she was either going to go mad on that person and give them a bollocking, or answer them really passionately and thoughtfully. I couldn’t tell which way it would go, and that really excited me.”

As both women try to protect each other from the abuse they’re being put through, the comfortable little world they had created starts to rot from the inside out. “They don’t want the other one to be worried or upset about what they’re going through so they lie to protect each other,” says Haywood. “But that’s the kind of toxicity that damages their relationship.” The more they lie to each other, the more they are placed at the mercy of their tormentors, with tragic results.