Power tools for a revolution: the Woman with a Movie Camera Summit 2018

A day of activism and conversation at BFI Southbank went beyond the usual discourse about diversity in the film industry, calling for radical strategies to bring about structural change. 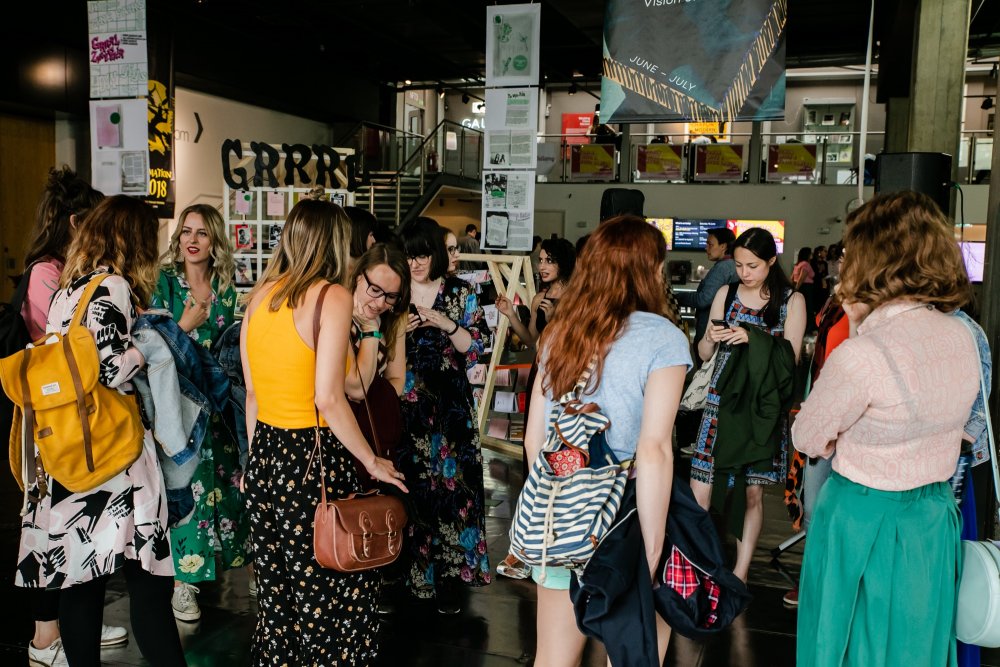 “Today is about exploring power,” explained Anna Bogutskaya, the curator of the BFI’s Woman with a Movie Camera summit, in her opening address. Abuse of power was at the root of the Weinstein scandal that broke last year, unleashing the #MeToo and Time’s Up campaigns. Far from being contained within the film industry, the ripples of these movements spread wide beyond. “Hashtag activism has created a whole new way of having difficult conversations across all sorts of boundaries,” added Gaylene Gould, BFI’s Head of Cinemas and Events. “This is a day of curiosity, openness, respect and excitement.”

The Woman with a Movie Camera Summit was held on 16 June 2018 at BFI Southbank, London.

The sold-out summit was about women in film. But it was also about the wider discourse around feminism, gender and representation – a conversation that has been going on for decades, and has recently been given a new platform and shape thanks to social media. Woman with a Movie Camera offered an opportunity for people to get together and talk about how this conversation is reflected within, as well as absent from, film. 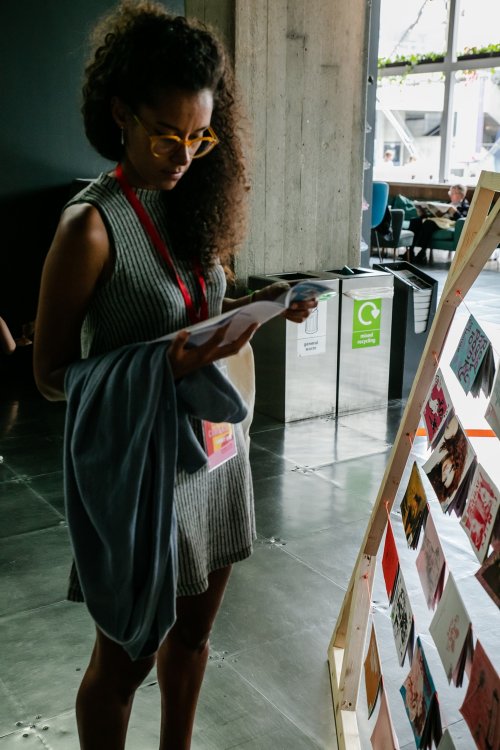 The Woman with a Movie Camera Summit at BFI Southbank
Credit: Angus Steele

This was one of the reasons why the activist and model Munroe Bergdorf, who has recently debuted a documentary about changing attitudes to gender within society, was invited to give the keynote speech about what power means for sisterhood, feminism, culture and activism. Sadly, Bergdorf subsequently withdrew from the summit, citing unforeseen circumstances. As Gould commented: “As someone who represents intersectionality and inclusiveness, Munroe would have offered something really important.”

Shortly beforehand a petition had circulated claiming that the inclusion of Bergdorf, a transgender woman of colour, was “an insult to all the women filmmakers who struggle on a daily basis to get their films made”. In her absence, a group of the other speakers got on stage to show their support. The author, academic and activist So Mayer expressed the wish that, “hopefully, by the end of the day, this building will be a place where everyone will feel safe and welcome”.

Across the BFI Southbank, members of an engaged, ethnically and generationally diverse audience queued up to hear panel discussions and talks, had their nails painted with art inspired by powerful women, played a videogame about black women being fed up with people touching their hair and got temporary feminist flash tattoos. Women in the film industry talked about power dynamics on film sets; editors spoke about the new wave of female-focused media; members of collectives discussed the importance of advocating for alternative film cultures.

“I used to hate women,” admitted Holly Tarquini, the director of Film Bath, early on in the day, “because of the way they were portrayed in the films that I watched.” She described how it took a long time to “un-train” herself in this way of thinking, and emphasised the importance of being able to see realistic, representative depictions of women in the cinema. “Humans are simple,” she explained. “We live through stories.”

Catherine Bray expanded upon this idea in her talk, RIP #strongfemalecharacter, in which she critiqued the one-dimensional ‘feminist’ characters found in many recent films. Her point was reiterated later in the day by film critic Simran Hans, who commented, “these overt ways to signal a film is woke are so obvious… please try harder to fold your politics into your films.”

Meanwhile, in a panel called Before and After Time’s Up, attention was turned the industry that produces such films, exploring the question of how to move forward after the Time’s Up campaign. “All these white blokes, with the exception of Harvey Weinstein, are still there, and are going to fight to stay there,” cautioned Tarquini.

Social media had been in a major factor in giving the #MeToo and Time’s Up movements momentum, argued Ellen Jones, a young YouTube blogger and activist who said that “the power of social media cannot be overstated,” as it amplifies the voices of those within marginalised groups and without power in the film industry. “The ability for activists to communicate with different audiences is crucial,” added Jennifer G. Robinson, founder-director of the Women of the Lens Digital Broadcast Festival.

But the panel agreed that in order to effect real change, activism urgently needs to continue offline, in the real world, and that systemic change needs to happen, rather than just token efforts. “The locks have been picked and there are marauding masses waiting out there… it’s exciting,” said Mia Bays, a film producer and director of Birds Eye View.

The point that online activism needed to translate into offline action was repeated throughout the day. In Jemma Desai’s presentation, Pynk As We All Go Insane, she probed the contemporary obsession with what figures in the entertainment industry have to say about feminism and political activism, and questioned the value and function of “performative wokeness”. She described her own engagement with performers such as Beyoncé as “therapeutic performance” but asked: “What work do we really think we are doing when we display in this way?” Ultimately, she stressed, it’s “vital for us to turn a critical eye on our own watching”.

“It’s not my responsibility to serve a film,” echoed Hans later, in response to a question about supporting films made by women. “It’s my job to think critically.” She expanded: “I’m not bothered about feminist film, I’m more interested in feminist film criticism.”

Speaking on the same panel about film criticism, Sophie Monks Kaufman explained the importance of acknowledging your own subjectivity, arguing that “the best writers are trying to unravel internalised misogyny”. Kelli Weston agreed: “I’m trying to embrace my own subjectivity.” She described how editors often ask her, as a woman of colour, to write about films with black characters. “I can’t speak for all black people,” she said. “Blackness isn’t a monolith.”

Across all the talks and discussions there was a consensus that the film world needs to change, and that this change needed to be structural. Abuse and inequality is still widespread within the industry, and women directed only eight percent of the films released last year. But how can we shift the power imbalance?

In their explosive presentation Blowing Up the Film Canon, So Mayer proposed some solutions. Riffing on Audre Lorde’s mantra that “the master’s tools will never dismantle the master’s house,” they offered a set of their own feminist tools to do the job, including the Bibi Andersson Bra Toss and the Asia Argento Finger – all the while doing a ‘striptease’, revealing layers of political slogan T-shirts as the talk progressed. “It’s worse to say nothing than to say something,” they argued, speaking on speaking out. “A film industry should represent what we want to see – a just and humane society.”