Thieves in the temple: reframing the archive with Miranda Pennell and Sarah Wood

In Pennell’s archival odyssey The Host and a recent triptych of aerial essay films by Sarah Wood, the god’s eye view of both classical documentary and imperial adventurism becomes birdlike and free. 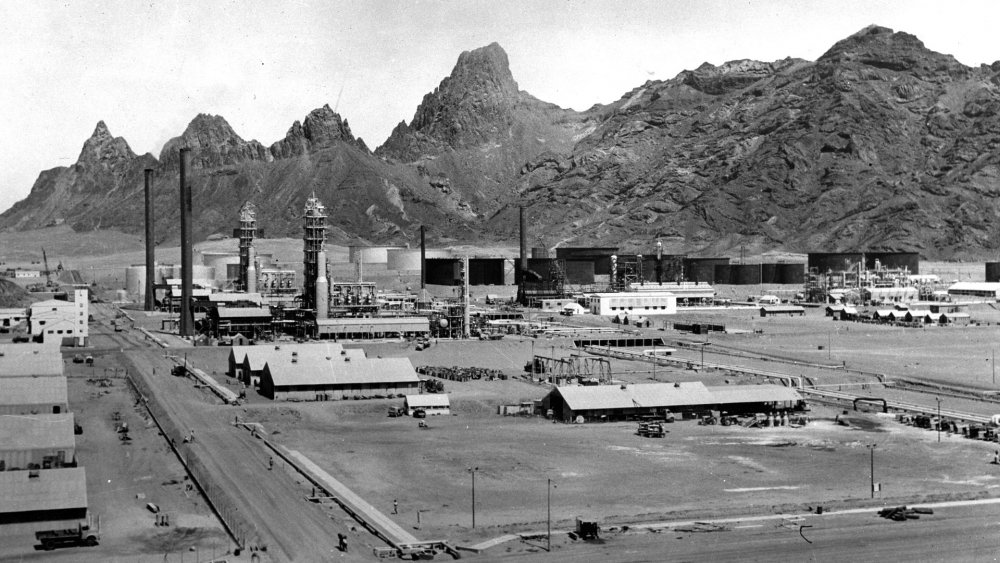 Interviewed in Mnemoscape while she was making her new film The Host, Miranda Pennell described the “paradoxes (and opportunities)” of working with institutional archival materials while excavating a family story. Despite the illusion of exhaustive documentation, she observes, “The evidence [she] would like to find is rarely there.”

The Host (trailer) screens on 30 July 2016 in Cinema Rediscovered at the Watershed, Bristol.

Instead, The Host hunts for evidence of the lived realities of British colonialism’s everyday exertions of power in the gaps between the available evidence, and in the gap between sound and image. Archival documentary is often thought of as performing a labour of recovery, contextualisation and transmission, but Pennell’s The Host is as much an essay film about the archive and the archival impulse as it is a transmission, worrying at modes of official communication and unofficial loss and erasure.

Similarly, Sarah Wood’s recent movies – Three Minute Warning, I Am a Spy and Murmuration, the latter two linked by birdlore – draw parallels between film and military technologies; between spectatorship, spying and mass observation; and between dreams and flight as a way to escape the previous conjunctions. 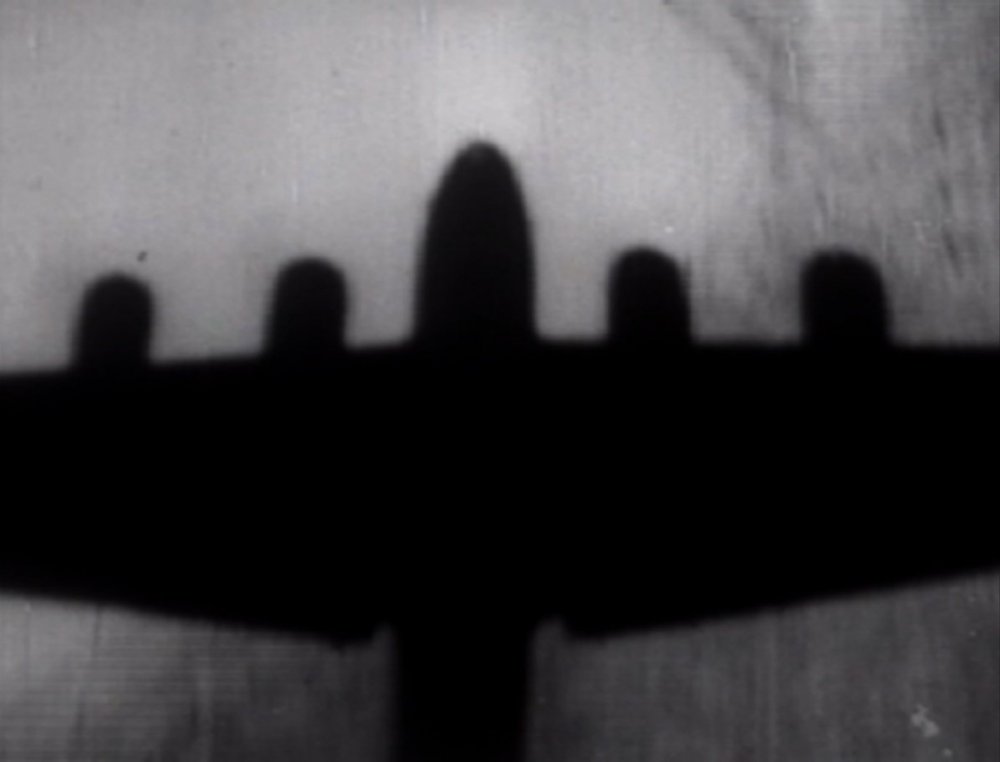 Pennell’s and Wood’s films, screening at the 2016 Essay Film Festival, offer quiet, insistent commentary on the crowded airspace of the military-industrial-informational complex, scrutinising both historical and biographical materials to produce an alternative to the saturation and spin of contemporary media. Simultaneously contemplative and investigative, they use repetition, close observation, remediation and a coolly intimate vocal address to carry out their intelligence work, counter-espionage in the heart of the archive that hosts them.

‘Seven things I know about Iranian Oil’: The Host opens with an intertitle, modest white letters in a light sans-serif font centred on a black screen. The first-person confessional and the historical event documentary are invoked simultaneously, along with a hint of Jean-Luc Godard. 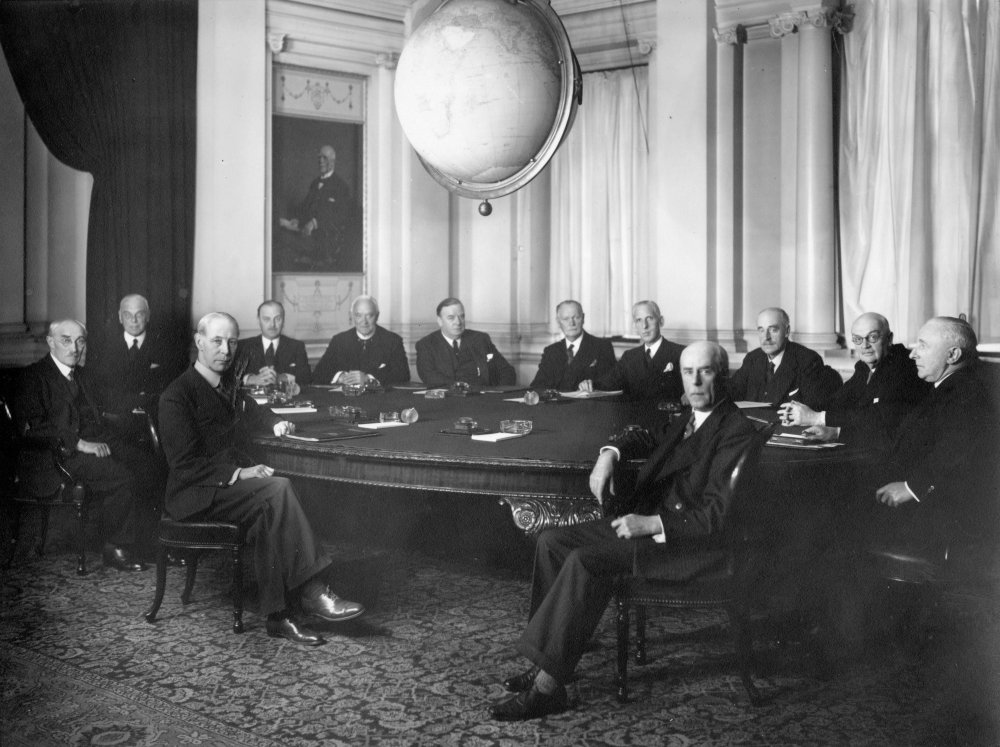 Founded in 1908, Iranian Oil was one of the last openly colonialist projects, with the British government taking a controlling stake in the company as World War I broke out. The seven facts, announced one per intertitle over 75 seconds, sweep from 1908 to the Iranian revolution of 1978-79, when what had become British Petroleum left Iran.

After the third intertitle, which states that no Iranian was ever allowed to hold a managerial position, nor to see Iranian Oil’s books, male voices singing in Farsi swell on the soundtrack, and the statements are finally replaced with subtitles translating the words of an anti-colonial revolutionary song. Although the facts are neutral and historical, they are framed by the invocation of the filmmaker’s knowledge, her attachment to them or experience of them; yet the presentation – words on a screen – gives the audience co-ownership before any voiceover commences. 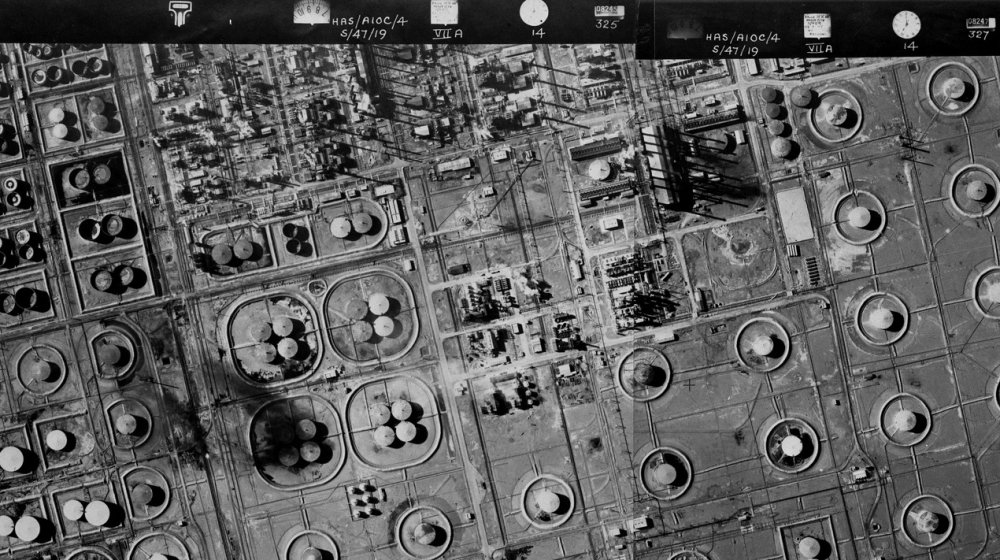 The first visual images are black-and-white geological-survey photographs, soundtracked by wind and birdsong. The view is at once scientific and archival, again taking in a huge sweep of time as well as space: this is the ‘god’s eye view’ of classical documentary as well as Western science. But the still black-and-white images also disrupt and denaturalise that view, reminding us we are looking at past artefacts.

Chalk drawings and the sound of rubble being dug follows; more geological images and what could be the sound of a Geiger counter. There is not a sustainable scale or a single point of view, no one technology of viewing, and nowhere to stand. 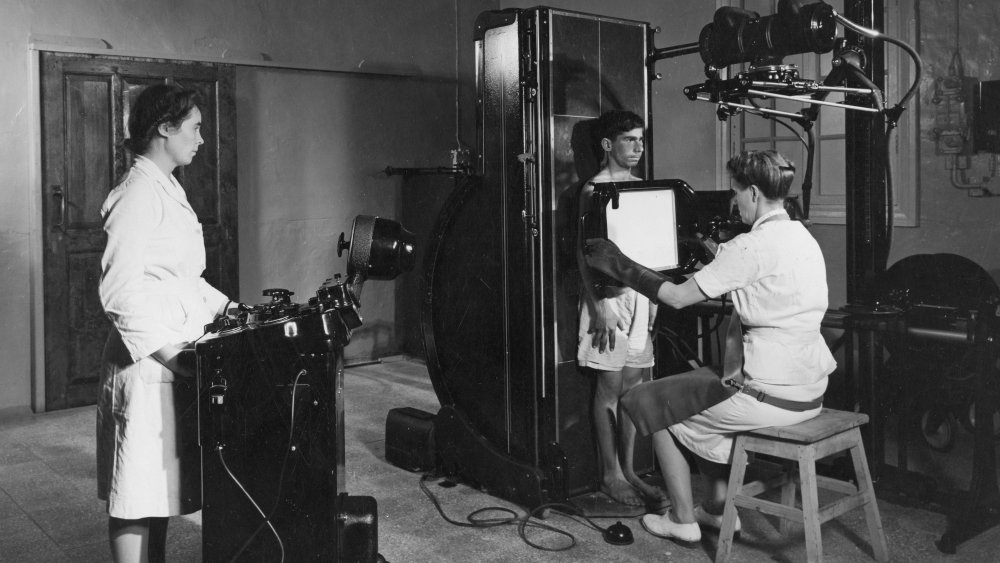 When the voiceover begins with news of the speaker’s mother’s cancer diagnosis, and images of radiographic instruments in hospital, we are thrown again. Even though the images and voiceover narration coincide, the density of images and narratives coinciding within each frame generate the kind of gaps and questions that a child might have listening to adults’ conversation, echoing the nature of The Host as a daughter’s film. The narrator reframes the opening images through her discovery of the role aerial photography played in Iranian Oil’s explorations, assisting us in reading the film’s visual language as well as its argument – not least when she adds: “I, by contrast, have no method that will rationalise my search.”

Her filmmaking, of course, is her method, a drama of still images of technologies and technological operations that are snapshots from the journey of research on which we accompany the filmmaker. Archival materials are not the only thing surveyed or documented: personal belongings, domestic furniture and unspecified urban locations are all encoded in the slow superimposition of still images, as if the film were a version of the cuneiform tablet found by one of her father’s colleagues. 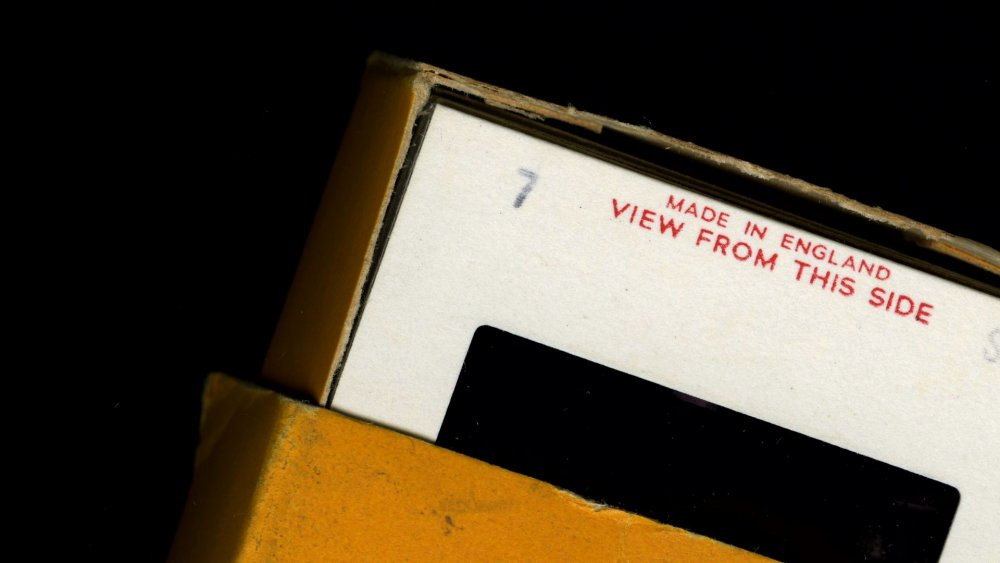 Communication, civilisation, documentation, discovery: the grand narratives of Western culture are observed and interrogated as the film spirals inward through the ritual repetitions of research work that mirror the repetitive story of imperial power, captured in a sequence of still images that cut, like a cinematic invocation of Ozymandias, between archaeological finds and the oil works, counterbalanced by the subsequent sequence of colour images of Anglo-Iranian and Iranian daily life. This extended-family photograph album circles back to the encounter with company wife Barbara Joy, which began her search; pages from Joy’s diary detailing the minutiae of a dinner party appear.

Pennell’s work has circled around ritual performance from two directions: cultural play, particularly by teenagers, who drum (Drum Room, 2007), dance (You Made Me Love You, 2005) and skate (Magnetic North, 2003) across her shorts; and in rehearsals of violence, both formal and informal, in the military drill of Tattoo (2001) and the Western bar brawl-meets-football casuals punch-up of Fisticuffs (2004), which resonates with Lloyd Newson’s choreographic film work with DV8. 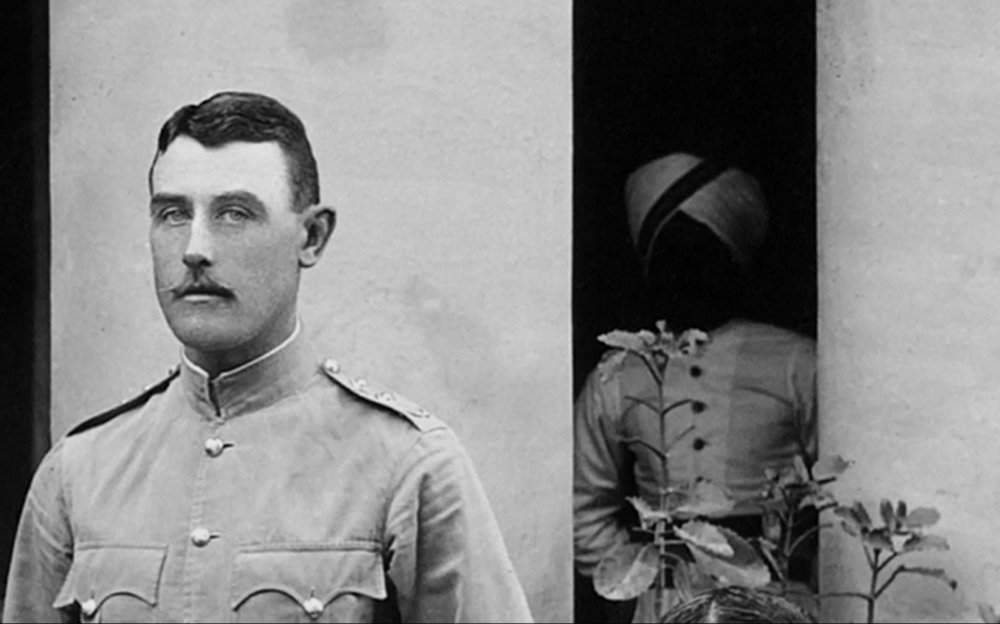 These flocking formations of human behaviour have both informed and transmuted her more recent practice, which involves deep research into archival images of British colonialism. Her performative ethnography of white British/European culture – its weekend fights and secret art-making – hones her close observation in Why Colonel Bunny Was Killed (2010), which is The Host’s most direct predecessor. Obsessively re-reading a photograph captioned Why Colonel Bunny Was Killed, the film elicits thoughtful parallels between the late 19th-century British presence on India’s North West frontier and the 21st-century illegal invasion of Afghanistan and its impact on the same area. The archival footage takes the place of the performances Pennell staged and filmed in previous work, offering an equal – and equally telling – historiographic, and even psychoanalytic, insights into gestural and cultural repetition.

Colonel Bunny and The Host form something of a diptych, not only in their use of archival material, but in the location of that archival material in response to Pennell’s own family history, and her desire to interrogate and interrupt the repetition of colonialism through the generations. In revealing the process of using family materials, the films take a position that is at once subjective and intimate; enabled by this, they also speak more generally (and generatively) of a shared colonial past that continues its effects in the present.

The dissonance and resonance between audio and image engenders moments of haunting and presence, of echo and startle, that necessitate complex verb tenses as Pennell projects herself backward to think about a past image from a time before it was (or rather, will have been) made. 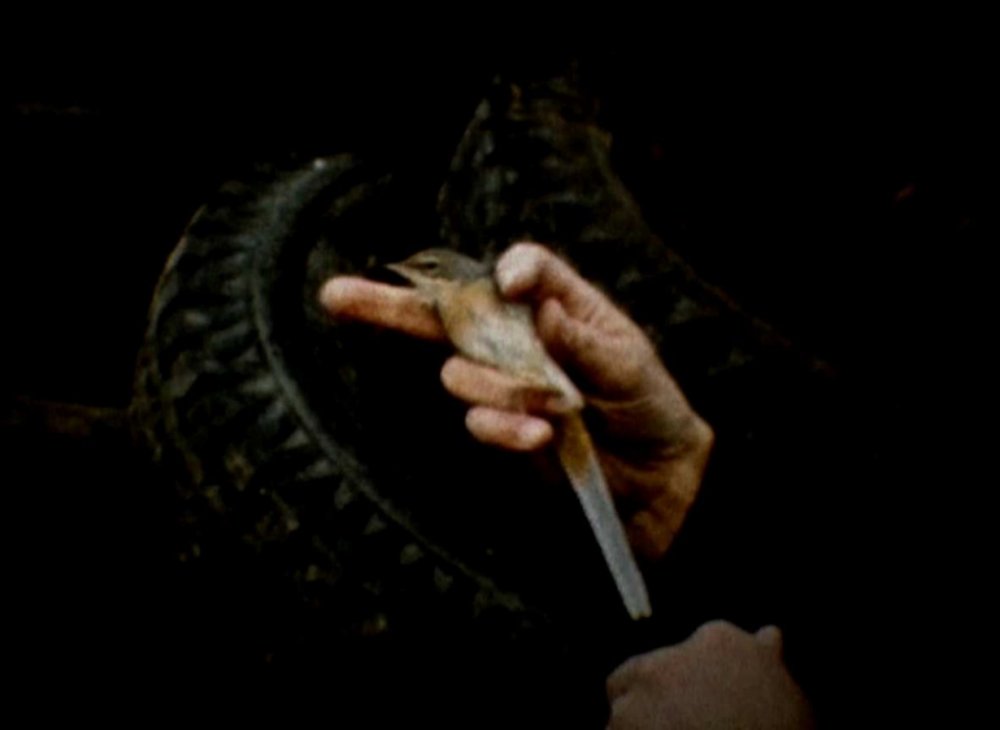 The relation between sound and image offers similar complexities of temporality and spatiality in Wood’s work, with the additional axis of dream and waking. In Three Minute Warning, fears of attack and invasion condense into a dream informed equally by the history of nuclear power and of Hollywood cinema that, on waking, returns to the filmmaker a memory of resistance, of a childhood visit to the women’s protest camp at Greenham Common.

The movement between dream, memory and cinematic archive is expanded across I Am a Spy and Murmuration (co-directed with Lucy Harris, in collaboration with writers Helen McDonald and Olivia Laing), coeval projects that yoke personal history, military history and ornithology. For both filmmakers, birdsong operates as an auditory signature: at once a parallel for the female filmmaker’s voiceover, and a sharp, bright, familiar, affective contrast to military-industrial cacophony. 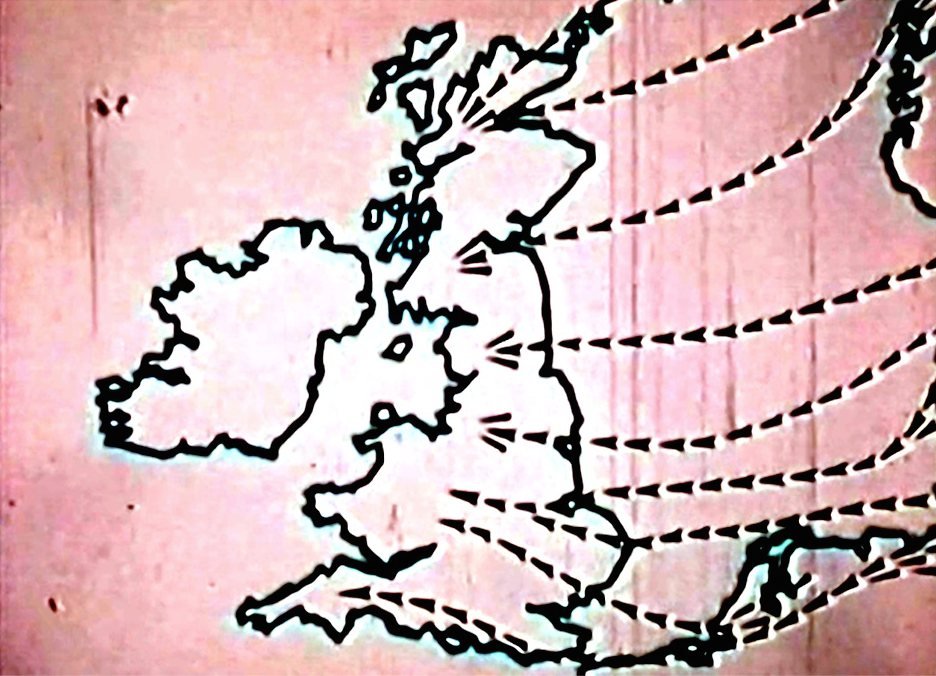 While Pennell’s work foregrounds the still image as a disruption to our assumptions about cinema, Wood collages multiple sources of moving image, from naturalist documentary to animation to Hollywood cinema. When Alfred Hitchcock appears in Murmuration, apparently talking to a caged canary or budgie, cinematic history enters the viewer’s bloodstream in a rush and we think we know what’s coming. But McDonald’s voiceover deflects to The Birds’ source text, a short story by Daphne du Maurier where, she implies, the birds figure British WWII invasion anxieties. In the previous section, the film underlays McDonald’s description of the first national bird surveys in the late 1930s with bird migration maps that are printed with sweeps of arrows, but echo the invasion/migration paranoia that has resurfaced in the present.

Despite its attention to local and national detail, Murmuration travels beyond borders and asserts itself against political as well as cinematic boundaries. Wood shares with Pennell an internationalist outlook grounded in a pressing attention to national political histories – especially those that have been elided, or even erased, by the authorities. Birdsong marks the place of that which is rarely there: evidence of transnational migration, of survival, of auditory beauty, of freedom and the imagination. Working in a frame of neocolonial war, Pennell and Wood address the ‘paradoxes (and opportunities)’ for the political essayist, creating a space to listen to the quiet voice that goes deep.

Related to Thieves in the temple: reframing the archive with Miranda Pennell and Sarah Wood