The extraordinary footage assembled in Adam Curtis’s powerful film about the tangled history of Afghanistan offers some welcome insights – but in his bid to counteract the lazy fables of good and evil beloved of some politicians, is the director in danger of oversimplification too? 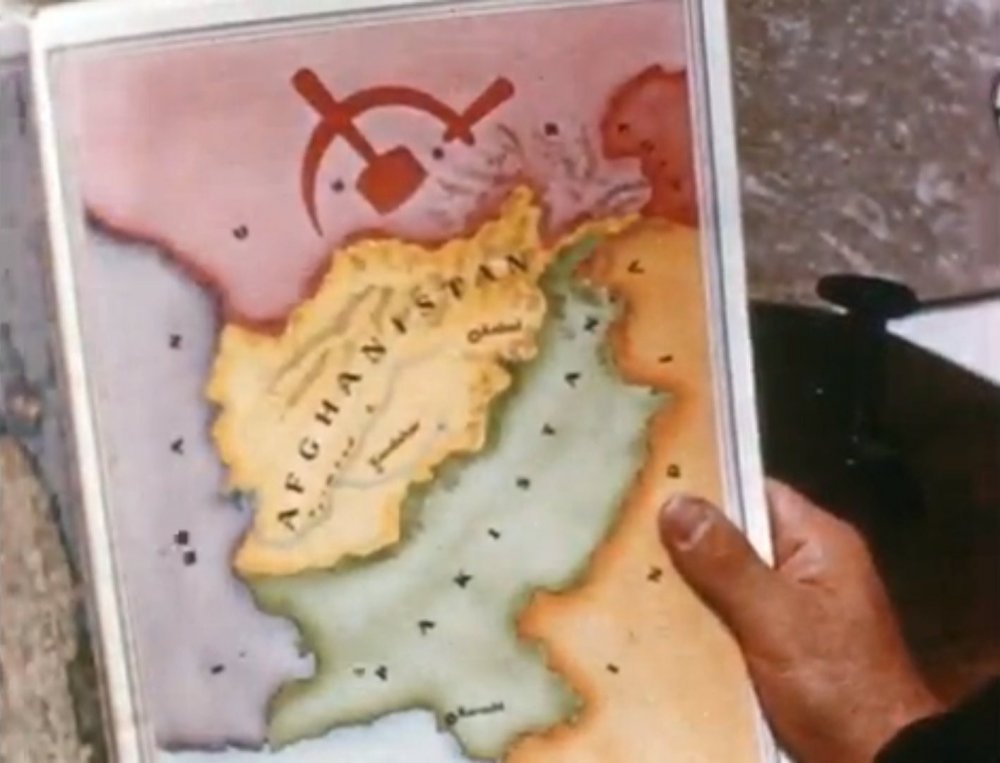 At around an hour and five minutes into Adam Curtis’s long and very beautiful ﬁlm Bitter Lake there is a sequence showing the aftermath of an ambush on a convoy of Soviet, or Soviet-supplied tanks, in Afghanistan sometime in the 1980s.

Bitter Lake is available to watch now in the UK on BBC iPlayer.

The ﬁlm is full of such images, long forgotten, dredged out of some hidden vault by dedicated archival research. They are extraordinary, and watching pictures of King Zahir Shah and Queen Elizabeth on the Mall in the early 1970s, or King Abdulaziz, the founder of Saudi Arabia, and President Roosevelt at their fateful meeting on a US warship in Great Bitter Lake in the middle of the Suez Canal in 1945, is in itself a powerful experience for anyone who knows a little of the history of the Middle East, south-west Asia, the Islamic world and the conflicts of today as much as yesterday. Many of these people and events have been too hastily consigned to the history books and one risk of this, Curtis is right to argue, is that we make the same mistakes, for the same reasons, guided by the same misperceptions that – and here the ﬁlmmaker is more controversial – serve more or less the same vested and hidden interests.

The image that struck me 65 minutes in was that of a dead man, a boy really, lying in a pool of his own blood on the pitted surface of an Afghan road. He is on his side, in what ﬁrst-aiders call the recovery position. He is still in his teens, and has been killed in a mujahideen attack. What is signiﬁcant is that he is almost certainly Afghan, a conscript in the government army that fought alongside the Soviets throughout the war and then continued to ﬁght the mujahideen after the occupiers had pulled out. 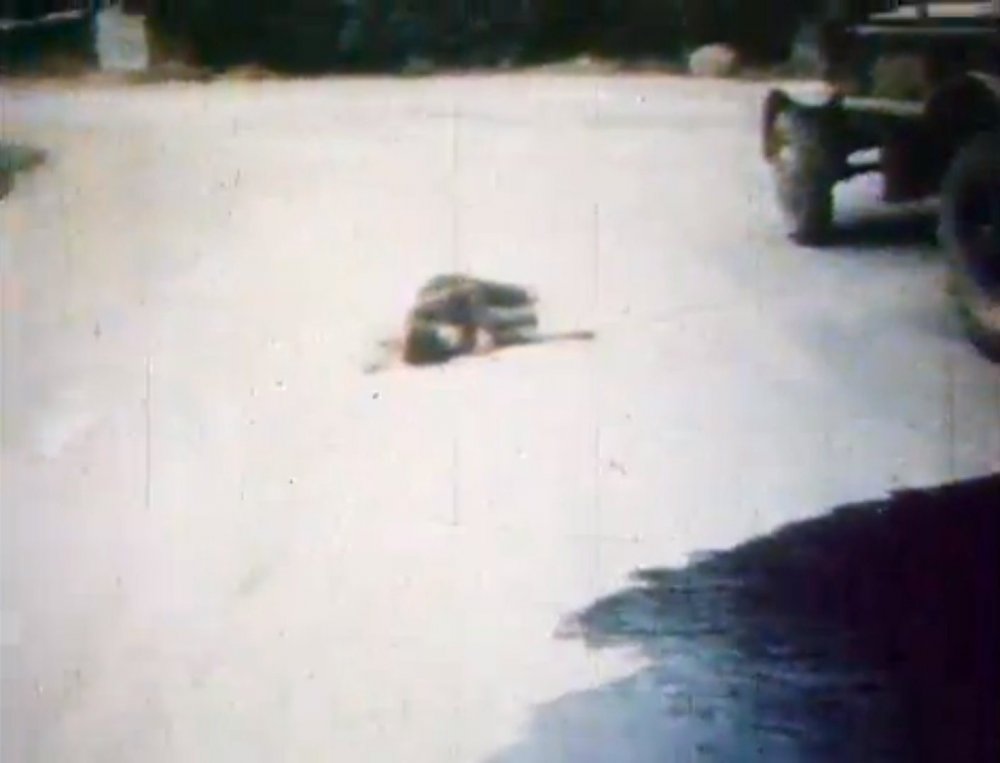 That a very signiﬁcant number of the victims of the Afghan ﬁghters bankrolled by the US, Saudi Arabia and others in the 1980s were other Afghans has conveniently been forgotten. But such details are important, as international forces found later when they arrived in Afghanistan determined, like the Soviets, to ‘modernise’ the country.

One evening in 2006 I watched a British Army patrol walk through ﬁelds on the outskirts of Lashkar Gah, the capital of Helmand province in southern Afghanistan. An old man watched too, counting off the number of different military forces he had seen come through his village in his life. He stopped at seven, and then chuckled that he had probably forgotten a few. He included Afghan government soldiers among them.

It was decades-old allegiances, feuds and memories that often divided communities into pro-government or pro-Taliban, as well as more immediate considerations. British ofﬁcers always used to say two things after their tours in Afghanistan. The ﬁrst was, “It’s a very complicated country,” as if any were simple. And the second was, “But wonderful people”.

The ﬁlm has already usefully explained that at some stage in the 1980s or 1990s conflicts that were once seen as political, and with causes in the real world, in dirty nasty politics and people, and in the deep complexities of societies, became problems for the West to solve. It has mentioned how the Saudi Arabian monarchy had used its massive oil wealth, vastly inflated following the 1973-74 embargo, to fund the export of rigorous, intolerant and conservative ‘Wahhabi’ strands of Islam around the Muslim world – a move it made both to bolster internal support after a bid by domestic extremists to prompt an Islamist revolution by seizing the Grand Mosque at Mecca, and to spread its influence throughout the Islamic world following the Iranian revolution. Curtis has also weaved in various strands of the US and UK reliance on Saudi Arabia, a supplier of oil for the former, and a key customer of arms for the latter. 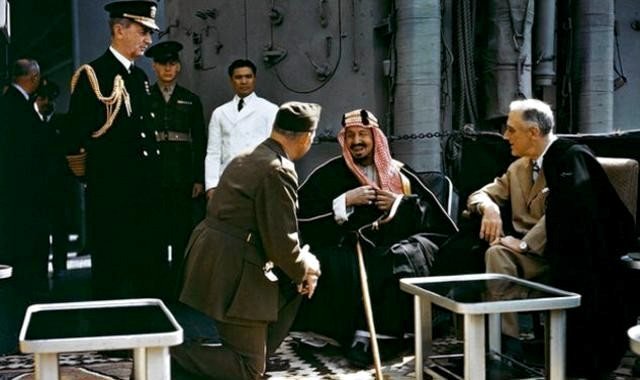 By the 90-minute mark we are in the late 1990s, with Osama bin Laden, the head of al-Qaida, in Afghanistan and planning a new global strategy of terrorism that will target the US, the ‘far enemy’.

Bin Laden’s anti-US sentiment, though undoubtedly increased by the US support for the Saudi monarchy following Saddam Hussein’s invasion of Kuwait 1990, did not originate then as Curtis suggested. And it is odd too to claim that bin Laden’s ideas became “mixed” with Wahhabism during the 1990s when the leader of al-Qaida was born and raised in a strict Wahhabi environment in Jeddah and known as devout from an early age.

But Curtis does accurately explain bin Laden’s fundamental project of using spectacular violence to unleash a transformation of the Islamic world through mass mobilisation. The 9/11 attacks sought to terrorise the West, mobilise existing Islamic militants and, above all, polarise sentiment around the world.

“At the end of the 20th century, faced with a chaotic and complex world, politicians retreated into simple stories of right and wrong, moral fables of good and evil… and ruthlessly simpliﬁed the complex struggles around the world into simple stories of good versus evil,” the narrator tells us, as the ﬁlm moves into its ﬁnal 40 minutes covering the international engagement with Afghanistan from 2001 to now. This is tightly and intelligently described, particularly the emphasis on how the fundamental failing of the international forces was to become just another militia protecting a corrupt, predatory and inefﬁcient government and thus how, instead of containing the war, they made it worse. 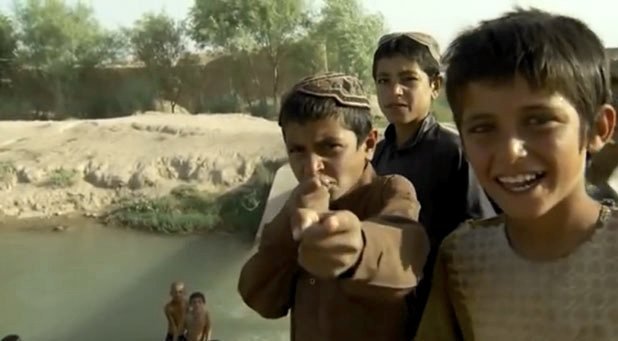 Many may argue with some of the more simplistic statements in this section, but the whole shoddy story of the Western project in the country – badly thought out, wrongheaded and hugely politicised – is brought home. “The way we decided whether you were Taliban or not was whether you were ﬁring at us,” says one former ofﬁcer, explaining how the British blundered into a complex civil war that had been going on for decades.

Some of the arguments in the ﬁlm perhaps make too many links. One strand Curtis seeks to analyse involves Western banks, which are no doubt important but make an already complicated story cumbersome.

Did the oil price rise in the 1970s lead to rightwing governments coming to power, which then led to a squeeze on inflation, which led to the destruction of the manufacturing sector in the West, which led to the dominance of service industries paying lower wages, which led to politicians effectively buying social peace by unleashing a credit boom to convince people they had more income when, in fact, they had less? And did that then shift further political power from elected reps to ﬁnancial institutions, which led us to the ﬁnancial crisis? It is a very long chain of causation and possibly as oversimpliﬁed as some of the stories Curtis seeks to criticise. 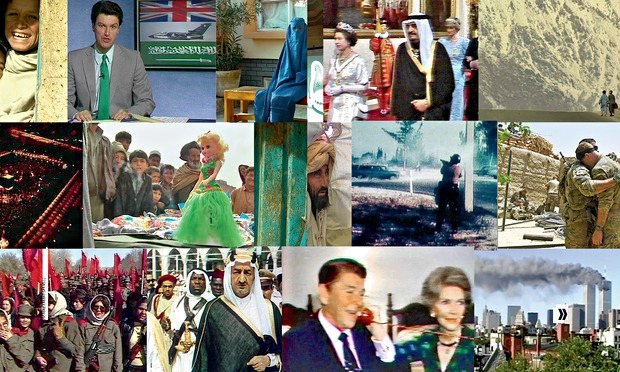 But the ﬁnal point Curtis makes is a good one. From the founders of Saudi Arabia’s pact with the Wahhabi revivalists of the early part of the last century, through the petro-dollar-fuelled export of this most reactionary of doctrines in the 1970s, on to the madrasas of Pakistan that were so key in the formation of the Taliban, through the violence of bin Laden and on to the Islamic State in Iraq and Syria today, there is a direct connection and one that explains more of the world we live in than many imagine, and than many ofﬁcials or politicians want to admit.

On his blog, Curtis says that while journalism used to tell a grand, unfurling narrative, it now just relays disjointed and often wildly contradictory fragments of information.

This is partly true. As a reporter myself, largely overseas in the regions Bitter Lake describes so vividly and in many of the conflicts too, I have experienced the dramatic acceleration and fragmentation of the production, dissemination and consumption of news.

But I am far from certain that any news reporting has ever really described the broad sweep of history. In fact, deeper, reflective writing, informed by deep historical understanding of regions, is probably easier to ﬁnd now than ever – not just on specialist niches but on major international websites dedicated to analysis, context and reporting. Some, of course, merely reinforce prejudices. But many do not, even if two-hour-plus beautifully crafted ﬁlms are rare.

Curtis has made a powerful statement about many and varied important issues. The most haunting image for me remains that of the dead Afghan teenager, on a potholed road in the mountains, some time in the 1980s.