Why is it so hard to see East Asian films in UK cinemas?

A few years back East Asian cinema experienced a boom in popularity, but these days most titles find it difficult to get even a small release in the UK. Can audiences learn to embrace Eastern cinema once again? 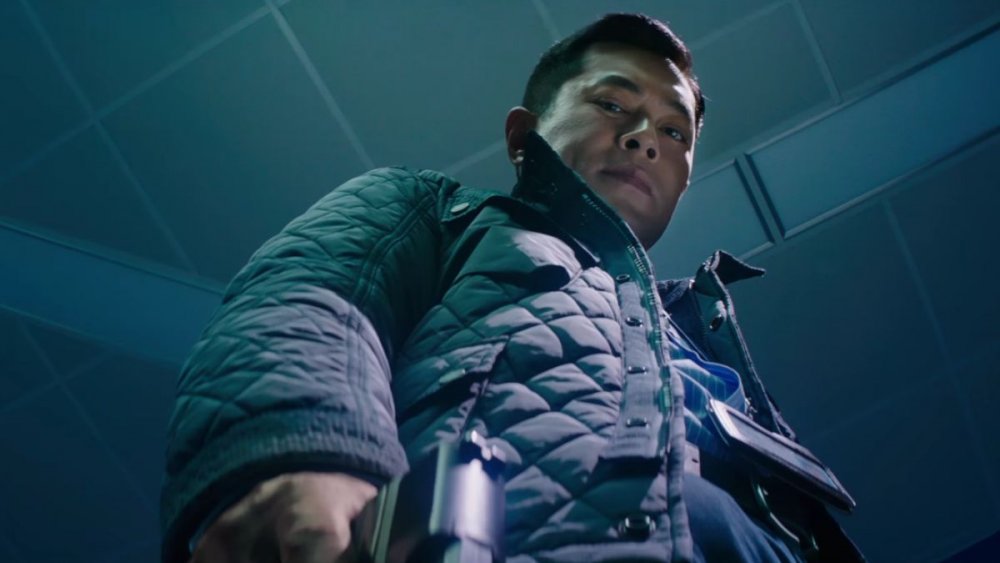 Despite the sheer size of the national film industries in the Far East, and the wide variety (as well as often exceptional quality) of their output, these days remarkably few Asian titles find their way to a theatrical release in the UK.

“It’s been a long time since the days of large-scale theatrical releases from the likes of Tartan,” says Paul Ridd, London cinemas and acquisitions coordinator at Picturehouse. He is alluding to the very late 1990s and early 2000s, when Tartan’s Asia Extreme label formed a special connection with viewers happy to step outside their comfort zones in a cinema. For all their diversity, successful Tartan titles such as Hideo Nakata’s Ring (1998), Takashi Miike’s Audition (1999), Andrew Lau and Alan Mak’s Infernal Affairs (2002), Kim Jee-woon’s A Tale of Two Sisters (2003) and Park Chan-wook’s Oldboy (2003) share an allegiance to genre, and so arguably represent a skewed view of what Eastern cinema has to offer.

The fact remains, however, that these were Asian films showing on big screens across the UK, and finding an audience. This was a peak time for Asian cinema in Britain – and the picture is rather different today. 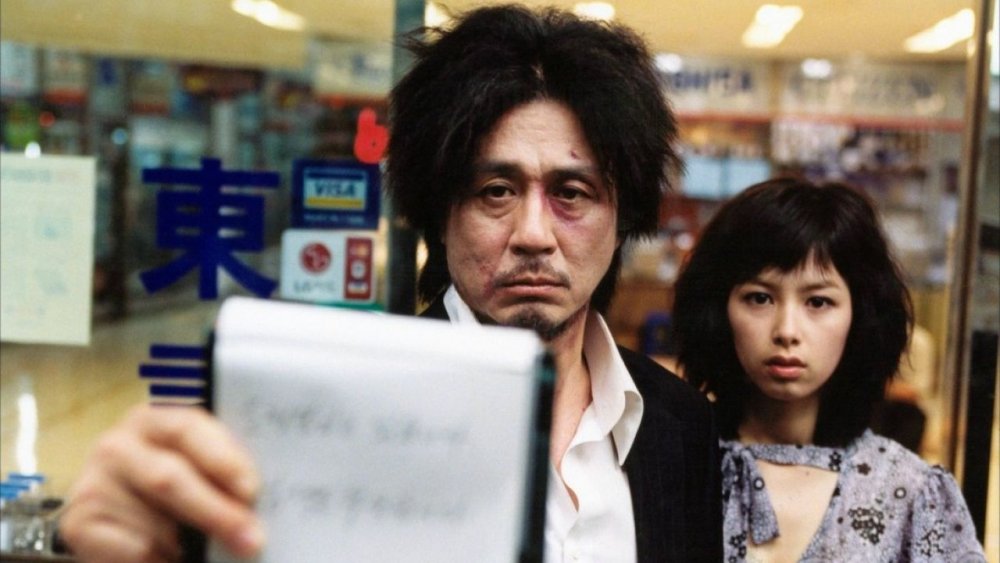 “Home entertainment is still the place you’d most expect to see the genre titles,” notes Ridd, “while the arthouse films for the most part come from a group of specific auteurs. Specialist distributors such as Third Window and Eureka, as well as bigger outfits like Soda and Studiocanal, continue to occasionally give limited theatrical releases to East Asian films; films from the likes of Kim Ki-duk, Sion Sono, Hong Sangsoo and Hirokazu Kore-eda have all been released in a limited capacity in the last couple of years. But I would say the concentration is more in DVD and VOD, particularly with the genre titles.” 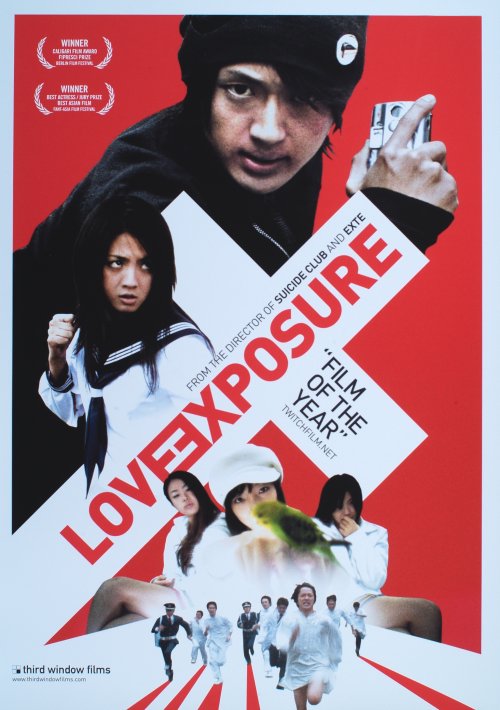 Changes in distribution and exhibition practices are key here, and have had a particularly damaging effect on any independent cinema. Sonali Joshi, founder and director of London-based independent film company Day for Night, points to the “lack of cinema exhibition space and prohibitive costs of theatrical distribution”, making theatrical cinema as a whole increasingly difficult and creating an added challenge for Asian cinema, “which is for the most part on the periphery of the UK exhibition landscape”.

She adds: “It’s easier to reach the audiences who wish to see the more mainstream Asian films that make it to the UK (just as it is with other mainstream cinema) as there is perhaps more crossover of audiences and elements of familiarity. Reaching audiences for independent Asian cinema has certainly become more difficult.”

Adam Torel, managing director of Third Window Films (and an independent producer in his own right), expands on the problem: “Theatrical distribution itself has become reserved for the big companies ever since the trend to reduce all holdbacks to same-day releases kicked off – meaning that there are fewer incentives for people to go to the cinema and therefore cinemas are not willing to take any risk on the films they’ll play. But less risk means less variety, and with so many cinemas in the UK booked by essentially the same small group of people who work alongside the same group of distributors, then there is less and less chance of Asian titles making it theatrically.

“Of course,” he adds, “the films which have a better chance are those which win major prizes in the top categories of Cannes, Venice and Berlin. But that just means the films from the same directors as those films tend to be ones which are handled by major European sales agents, who tend to stick with the same directors (and whose films can only be afforded by the bigger distributors).” 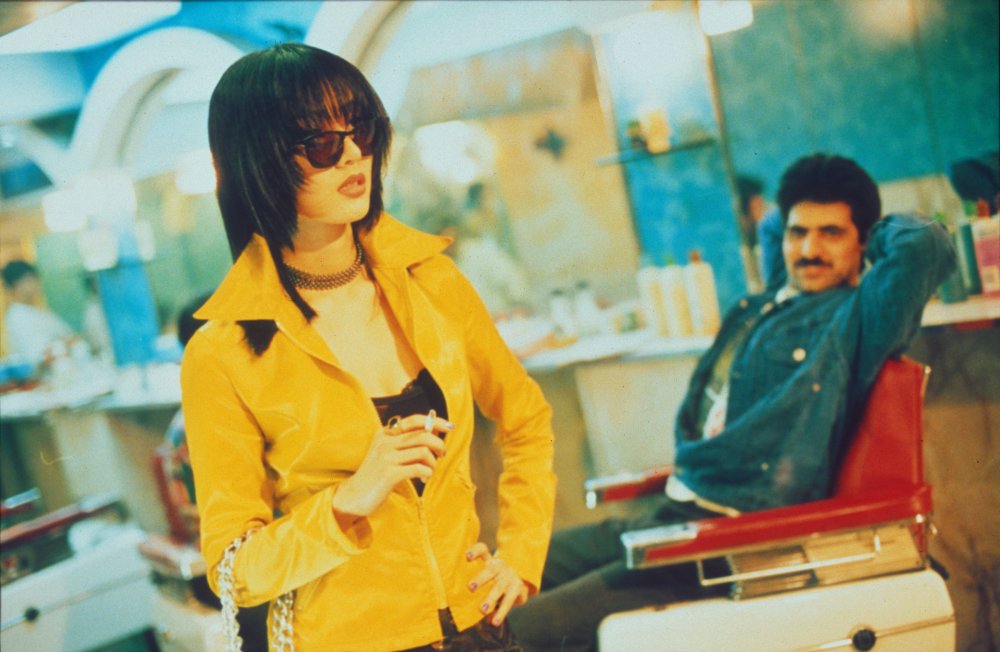 Terracotta Distribution’s Richard Geddes thinks that part of the problem is audience prejudice. “Audiences are more likely to buy tickets to see an American or European production,” he says, “so that’s what cinemas will show. Cinemas are struggling, so they can’t afford risky programming any more, which is a huge shame for today’s younger people who just won’t experience that feeling of being introduced to a whole new world of entertainment and culture.

“If it weren’t for my local, small-town arthouse cinema showing Wong Kar-wai’s Fallen Angels back in 1995 to a largely empty theatre, I wouldn’t be doing this job now,” he continues. “But the fact is that East Asian titles do not seem to appeal to the wider audience of cinemagoers, even those that are happy to watch other foreign-language films. I think is because Asian culture is still seen as mystical and alien to anyone with less than an in-depth knowledge so people automatically feel that they will not like or understand the film.”

The paradox here, as Geddes implies, is that audience prejudice against Asian cinema is created by a lack of exposure to such films, and in turn reduces the chances of any future exposure, creating a vicious circle. 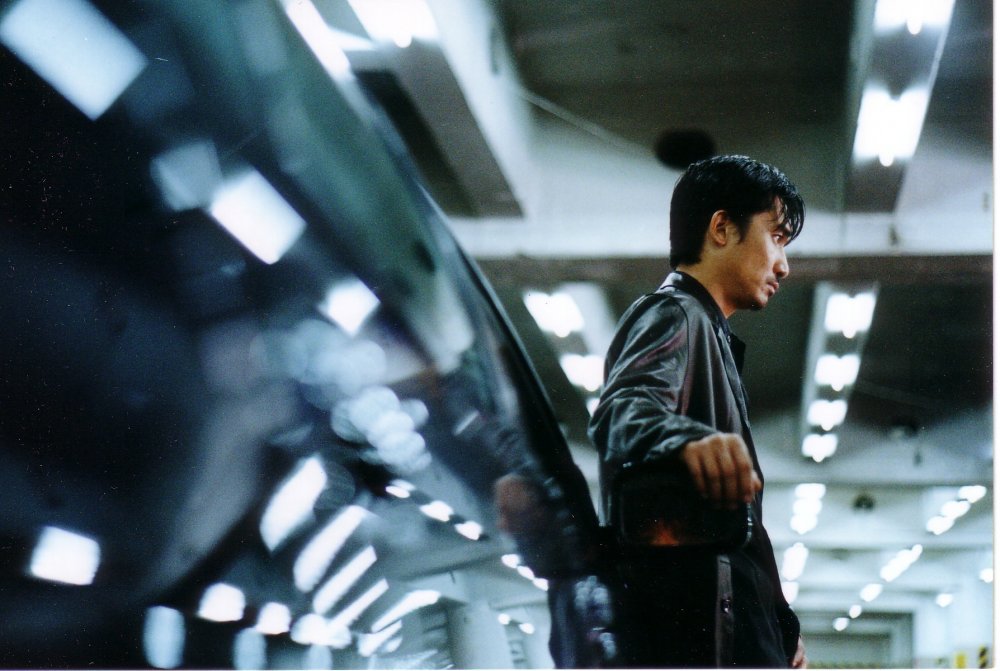 Joshi agrees: “Reaching audiences for independent Asian cinema has certainly become more difficult. However, I personally don’t put that down to audiences disappearing, but rather the opportunities for audiences to see and engage with Asian indie cinema are very limited – the exhibition/festival ‘space’ given to such films is very limited. So I think the difficulties in reaching audiences are the fact that the choice and diversity of films available to see just aren’t what they used to be, which in turn doesn’t create enough exposure for audiences to develop or maintain an appetite for such films. I do also think that the limitations on exhibition affect mainstream Asian cinema too.”

Part of the solution to the problem is exhibiting more Asian cinema, and creating more opportunities for audiences to be exposed to it. Another part, though, is finding new ways of attracting and expanding that audience.

“There is definitely an audience, as our festival screenings and meet-ups will attest,” says Geddes. “The difficulty is in building that audience. It seems that it reached its peak about three or four years ago and hasn’t really grown. The passion that is felt for East Asian films from our most devoted fans doesn’t extend to their friends, families, colleagues etc. It’s not just about catering to a minority of cineastes, it’s about educating people and introducing them to things that they never knew they were missing. In this day and age of convenience outweighing informed curation, it can’t happen soon enough.”

Torel thinks that film journalists and publications have been failing to play their part in educating their readership about Asian cinema. “Unfortunately, critics will not review titles which don’t get theatrical releases, and even DVD-only reviews in the majority of major magazines (Sight & Sound, Total Film, Empire, Little White Lies etc) are getting less and less space,” he says. “So it means that it’s virtually impossible to get any titles into the marketplace when they’re backed by neither cinema nor critic.”

He cites the example of a Third Window title, Lee Su-jin’s Han Gong-ju (2013), “one of the most internationally acclaimed Korean films of late, winner of multiple awards at many major big festivals and praised by Martin Scorsese himself. Yet no cinemas would take it, no critics would review it, and it even couldn’t make it onto Curzon’s VOD platform as it was from an unknown director. Not too long ago, such a heavily praised film would have been championed as being a debut film, but even that is not a sales point nowadays.” 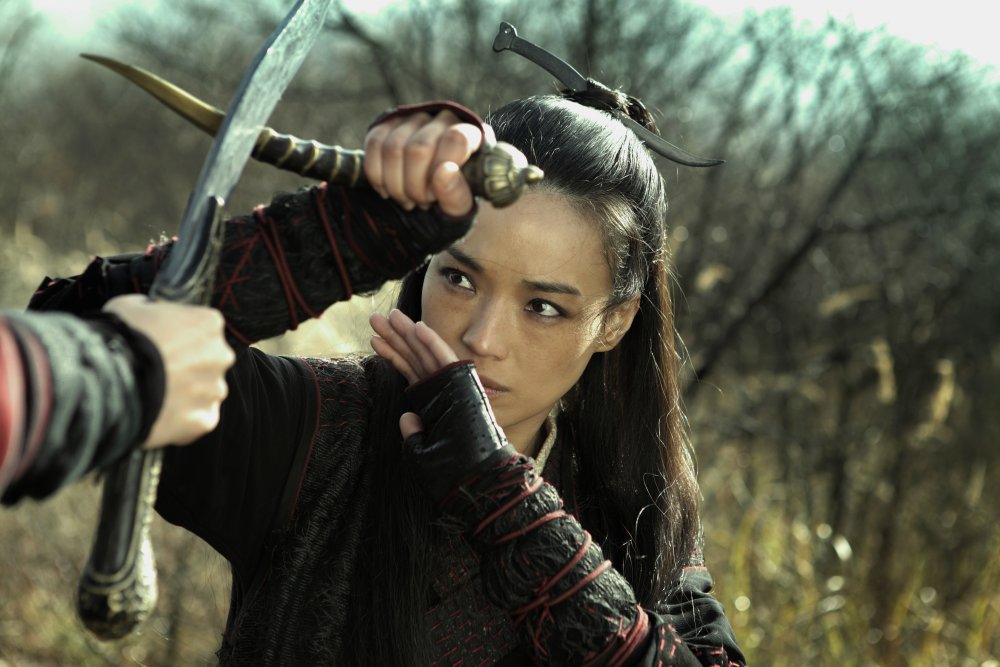 Dismayed by the situation in the UK, Torel has now decamped to Japan, which he sees as having a much better culture of distribution and exhibition.

“It’s really paradise! We have hundreds of indie cinemas which will play films made by first-time twentysomething directors on absolutely minuscule budgets (we’re talking sometimes $5,000-10,000), and play them every day for two to three weeks. When was the last time a UK cinema played a real super-independent film for two to three days, never mind two to three weeks?” he asks.

“Then we have proper six-month or more holdbacks to give the film time to breathe and find an audience – you know, contrary to English and Western belief sometimes a film not being popular in the first two days doesn’t mean it won’t find an audience. After that we have a rental period – we still have ludicrous amounts of amazing video rental shops where you can even rent VHS if the film has not made it to DVD – and then a sales period before finally TV and VOD. And in between all of the stages, a film can still make it back to cinemas and get extended runs.

“We’re talking about independent cinema here too,” he continues. “That’s why they still make independent movies here in Japan, as they know people will see them. Why would you even want to make an independent film in the UK when your chances of it getting to an audience are almost none?” 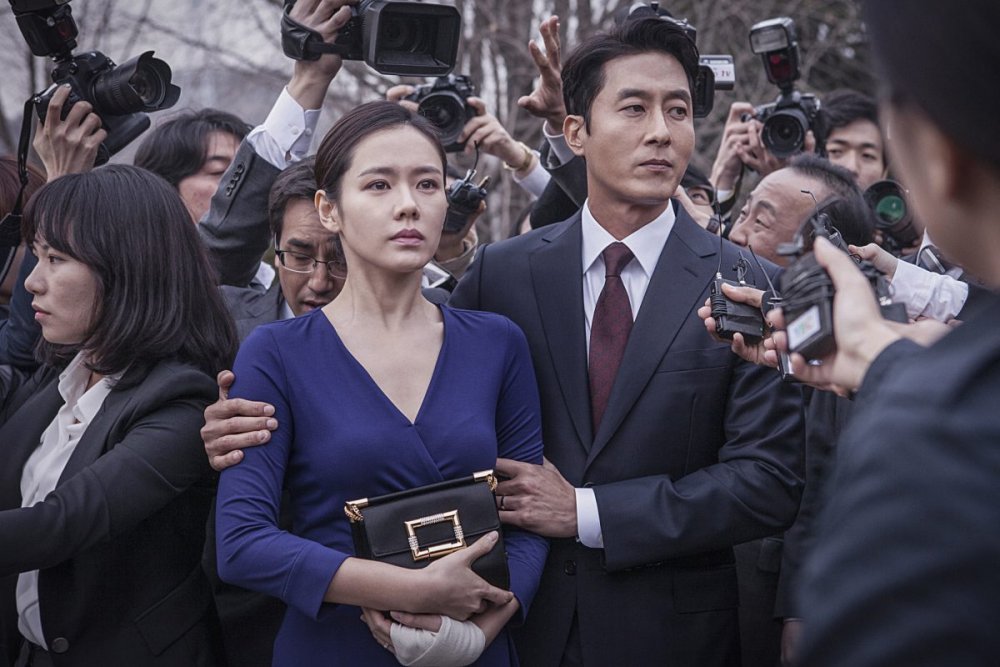 The Truth Beneath (Lee Kyoung-mi, 2015), the opening gala of the London Korean Film Festival

Short of a revolution, the Japanese model of cinematic culture seems unlikely to catch on in the UK soon. Ridd is “not pessimistic” about the British appetite for Asian cinema, but he does see the future of its theatrical exhibition in “in-person Q&A events and ‘eventised’ screenings” or in “festivals, clubs and one-off event organisers passionately promoting their area of interest in our cinemas”.

Certainly the UK – and especially London – has been well-served with festivals that cater to a taste for Asian cinema. The Glasgow, Edinburgh and London film festivals usually include at least some Eastern titles in their programmes, as do the genre festivals. And although several Asia-oriented programmes like Zipangu Fest, the Asia House Film Festival (formerly Pan-Asia Film Festival), the Terracotta Far East Film Festival and the East Winds Film Festival have recently fallen by the wayside or been put on hiatus, other established festivals such as the Japan Foundation Touring Film Programme and the London Korean Film Festival keep going from strength to strength, and make real efforts to get Asian films exhibited beyond the metropolitan hub. Meanwhile, this October saw the official launch of a new kid on the Eastern bloc, the London East Asia Film Festival.

The best way for British audiences to guarantee continuing access to Asian cinema on the big screen is to support these festivals – and indeed any theatrical releases of films from the Far East – and to make a big noise about what they enjoy. The more adventurous viewers are in their cinema-going experience, the less monocultural the cinema that we all get will be.

Related to Why is it so hard to see East Asian films in UK cinemas?