The other ‘Asia extreme’

Exploring the outer edges of Eastern identity at the Pan-Asia Film Festival. 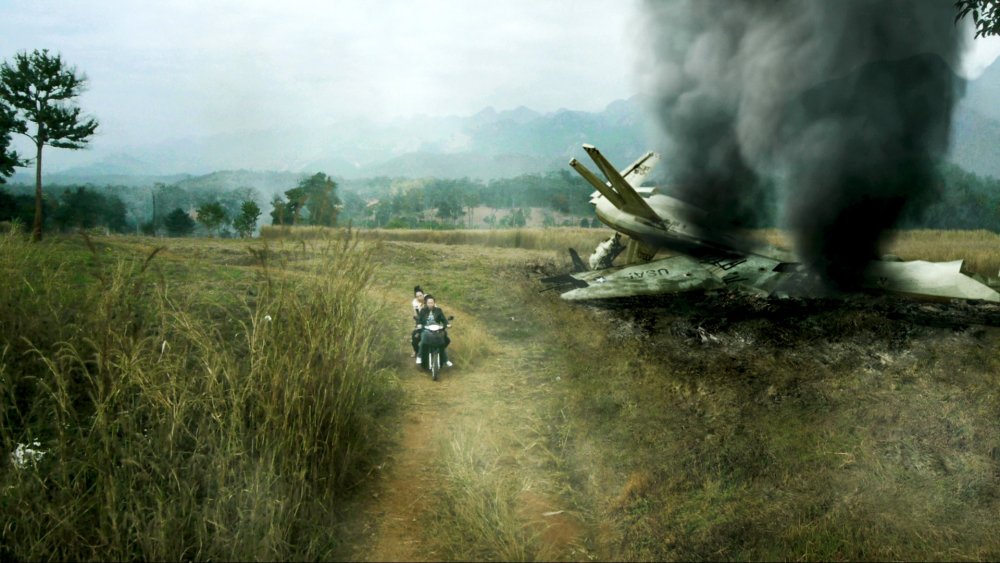 Given the vast diversity of countries and cultures that fall under its rubric, the Pan-Asia Film Festival has far wider scope than, say, the London Korean Film Festival or the Japan Foundation’s Touring Programme, both to explore and to expand notions of Eastern identity.

The Pan-Asia Film Festival ran 6-17 March 2013 in various London and other UK locations.

This year’s festival – the fifth – certainly boasts its fair share of localised genre variants, like Kitano Takeshi’s violent yakuza sequel Outrage Beyond, Shimizu Takashi’s 3D J-horror Tormented and Pen-ek Ratanaruang’s Buddhist spin on the revenge drama Headshot, all efficiently if predictably conforming to the ‘Asia extreme’ model (popularised by the erstwhile Tartan Video) that has so shaped Western views of contemporary Eastern cinema. But there is also another kind of extreme on offer here, films that show different Asian identities pushed right up against or even beyond their normal boundaries.

The border is a key location in Poor Folk (Qiongren, liulian, mayao, toudu ke), written, directed, shot, produced and co-edited by Midi Z. The film opens with a drug pick-up on the Thai side of the Burmese border. Fresh Burmese refugee A-hong (Wang Shin-hong, also star of Z’s 2011 debut Return to Burma (Gui Lai de Ren)) may be learning the tricks of semi-legitimate scams and petty crime from the more established A-fu (Zhao De-fu) in Bangkok, but the bumbling pair’s need to make some quick money from dodgy pharmaceuticals draws them back to the small northern Thai border town of Dagudi. Meanwhile Sun-mei (Wu Ke-xi), a Burmese prostitute who has been trying for years to get Taiwanese papers, is sent to Dagudi to traffic A-hong’s young sister for the Bangkok brothel.

Named for an epistolary novel by Leo Tolstoy, the film wryly traces a demimonde of impoverished ethnic Chinese expats from Burma who, despite their high ambitions for a better, more affluent life abroad, can never get far from the frontier of their ‘bumpkin’ homeland, nor break free of the cycle of exploitation in which they have all become more or less willing spokes. Sun-mei’s recurrent pursuit of ID papers, and of the new identity that comes with them, seems doomed to failure – and even her ultimate dream of going to Beijing is punctured by the news that the celebrity Gong Li has herself long since emigrated from there. In a world where everyone is on the move, this community is still going nowhere. “I came back,” concludes a weathered Burmese waitress. “It’s better to work in the fields of Dagudi.”

Borders play a similarly significant role in Nahid Ghobadi and Bijan Zamanpira’s 111 Girls, from a story by the directors’ exiled brother Bahman Ghobadi (Turtles Can Fly, No One Knows About Persian Cats). After the Iranian President receives a letter from 111 Kurdish women who threaten to commit mass suicide if “good men” cannot be found for them “in this forgotten region”, Presidential emissary Donyadideh (Reza Behbudi), himself a good man, quickly crosses over into Iranian Kurdistan to prevent the disaster. What follows is both a road movie and a comedy of errors, as the Shia plenipotentiary sees for himself the area’s neglect and misery, and the bumbling corruption of the local constabulary. 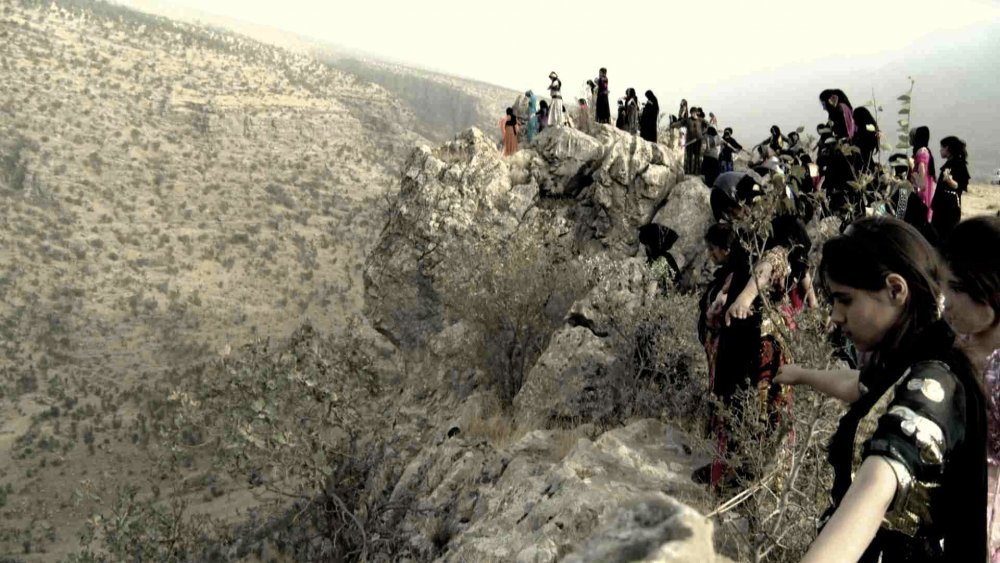 With 111 suited would-be grooms assembling absurdly on the Turkish border, news leaking out over the Ethernet faster than Donyadideh can suppress it, and the Iranian authorities going to ridiculous lengths to disguise what is happening, the film’s satire borders on farce – but as the Kurdish women struggle to have their protest heard and identity acknowledged, the film’s opening (and oft repeated) line “You’re late again” begins to take on a deadly serious symbolism for a people who have been ignored too long. Indeed the film’s final, oneiric image is of the 111 poised both literally and metaphorically on the edge.

Craig Freimond’s Material does not even take place in any part of Asia, but in contemporary South Africa, as its protagonist Cassim Kaif (Riaad Moosa), a Muslim Indian Johannesburger and wannabe comedian, is forced into Oedipal conflict with his joyless father Ebrahim (Vincent Ebrahim). The latter’s bitter intransigence, born of both religious conservatism and a self-destructively principled stance during the Apartheid years, has engendered its own abiding familial, cultural and generational apartheid within the diaspora community. These deep wounds will eventually be healed in what is, after all, a comedy – but comedy itself is also one of the film’s dividing lines of Islamic identity, as Cassim and Ebrahim negotiate (and redefine) together how many ha’s it takes to pass from what is ‘halal’ (permissible) to what is ‘halaam’ (sinful). 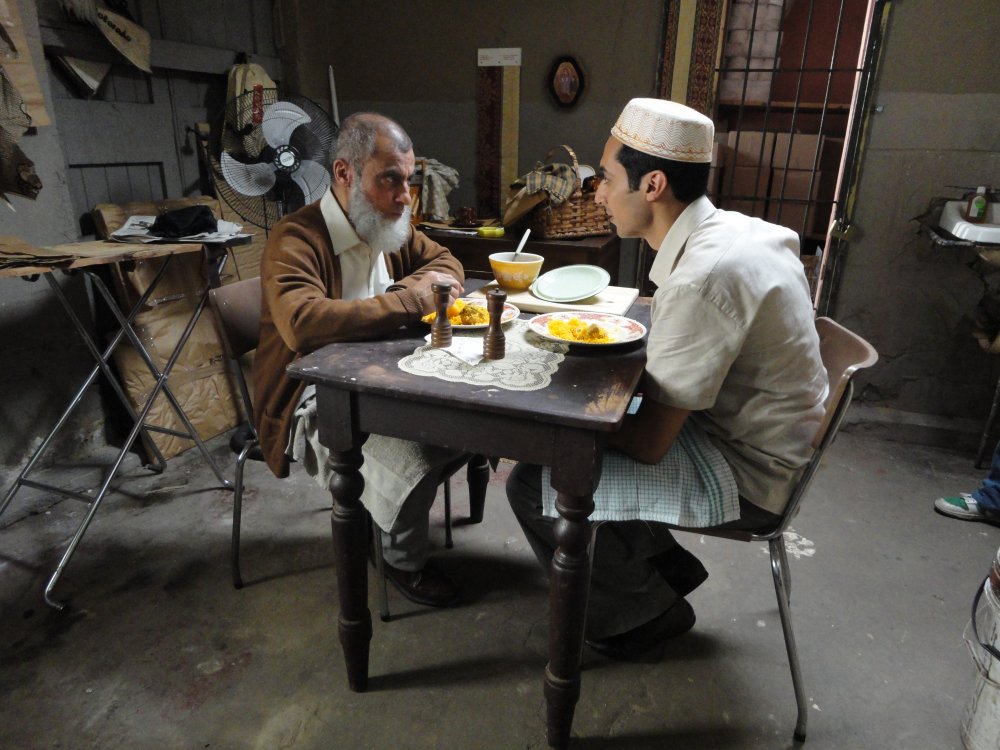 “I think Indians are doing pretty well in the world,” Cassim observes in his stand-up routine near the film’s end before a laughing, cheering audience of Johannesburgers that includes his own family and friends. “We’ve started our own space programme, which is awesome. Obviously with the international Indians; I can’t imagine a local Indian the captain of his own spaceship.” He then launches into a hilarious parodic reimagining of Star Trek, with a Starship Enterprise (“3.6L GTI”) crewed by familiar types from his community of exiles in South Africa. For these second-generation migrants, who settled far from home long ago, even the sky is not the limit, as they imagine branching out even further into “the final frontier” while retaining something of their own uniquely evolving identity, rooted in tradition but adapted to the new environment.

Adapted from the novel by Mohsin Hamid, Mira Nair’s The Reluctant Fundamentalist also tracks the divergent pull of two cultures, while subversively paralleling the fundamentalisms that they sometimes share. With opening credits listing the cast in both English and Urdu, it begins in Lahore, Pakistan in 2011, as academic Changez Khan (Riz Ahmed) is interviewed by American foreign correspondent Bobby (Liev Schreiber) amidst a climate of anti-American unrest and the abduction of one of Changez’s American colleagues. Himself a ‘person of interest’ for the CIA, Changez tells Bobby the story of his life in New York in the previous decade: how, fast-tracked as a financial analyst (and hatchet man) in a prestigious Wall Street company, this educated Pakistani Muslim was forced, in the wake of 9/11, to re-examine who he really is. 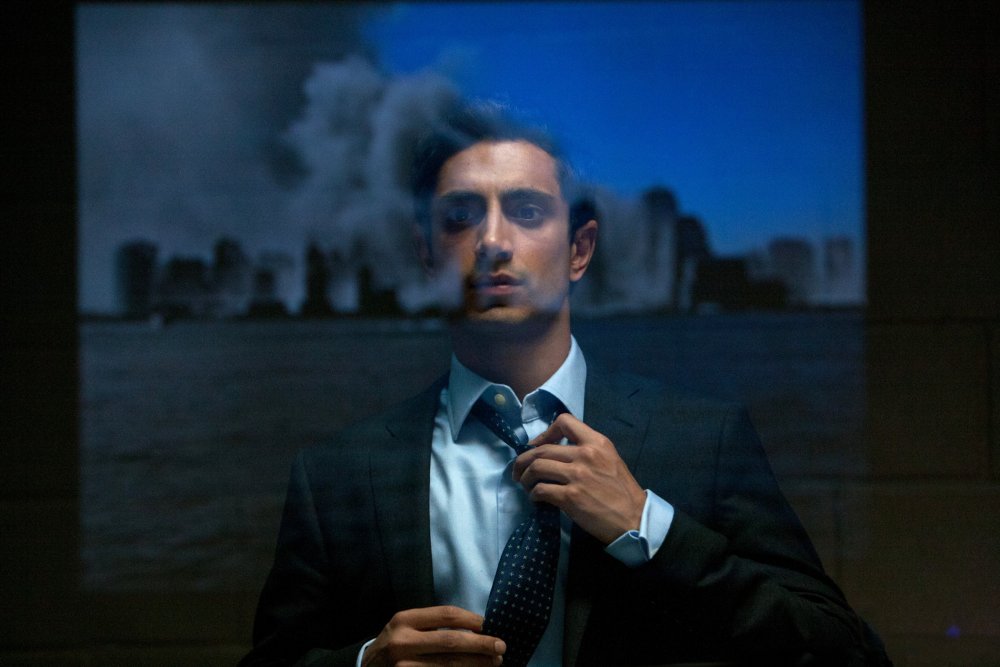 In a time of momentous geopolitical transition, Changez (whose very name, despite its pronunciation with a hard G, encodes variation and vicissitude) has his epiphany while out to destroy yet another stranger’s life in Istanbul, significantly just after visiting a basilica that has been converted into a mosque, and just before taking a boat across the Bosporus (that most ancient natural border between Europe and Asia). Yet even if, over the course of a globe-trotting decade, Changez has found a way through the contradictions in his identity, Nair carefully manipulates the viewers’ prejudices and forces us to take sides in a conflict more complicated than it first appears, all in the service of getting us ultimately to step back and look at the ‘whole story’ of East-West relations in their broader context.

Conversely, The Revolutionary, directed by Irv Drasnin, Lucy Ostrander and Don Sellers, documents the most dramatic moments in China’s revolution under Mao Zedong from the perspective of a close insider who was also a westerner and outsider. Sidney Rittenberg, a Jewish union organiser from America’s Old South, went to China as a GI at the end of the Second World War, and stayed on as an interpreter and devotee of the Maoist cause, becoming known as “the most important foreigner in China since Marco Polo”. Insisting on joining the Chinese Communist Party and engaging in politics (a decision he now regrets), Rittenberg displayed a committed idealism that saw him both rise to prominence and spend some 16 years in solitary confinement (after falling foul first of Joseph Stalin, and then of Mao’s wife Jiang Qing).

The Revolutionary weaves its extraordinary, sweeping story in a plain style, consisting mostly of Rittenberg’s to-camera interviews (conducted by Drasnin over a five-year period), with well-selected file footage and propaganda stills punctuating and occasionally ironising his words. It is a tale of ideological fervour and subsequent disillusion – and yet, having returned to the US in the 80s together with his Chinese wife Yu-lin and their children, he is still working today, in a rather different political climate, to bridge Sino-American relations, while remaining a living and uncomfortably candid eyewitness (and midwife) to a nation’s prolonged birth pains.

All these titles show Asian identity in extremis, pushed this way and that by shifting grounds and changing times. It’s this very quality – this willingness to engage simultaneously with Eastern alterity and integration – which helps to define what ‘Pan-Asian’ might mean in a modern, globalised world where borders are constantly breaking down.