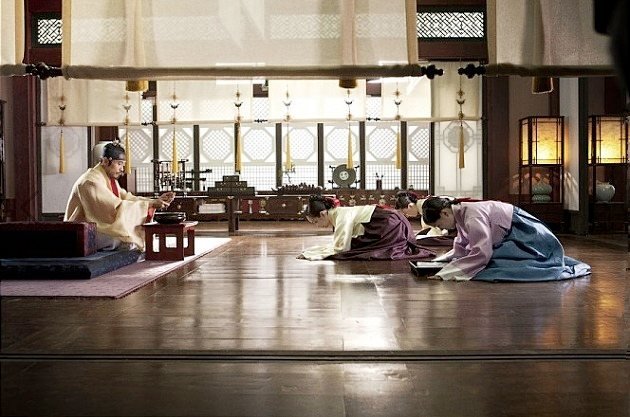 Choo Chang-min’s Masquerade (Gwanghae), the film that closed this year’s London Korean Film Festival, might also have served as a metaphor for the overall event. Set during the reign of King Gwang-hae, the 15th ruler of Korea’s Joseon Dynasty, this extravagantly recreated period piece stages a speculative account of the mysterious 15 days missing from the official dynastic Annals, imagining that the throne was temporarily assumed by Ha-seon, a scurrilous jester and dead ringer for Gwang-hae, while the King was himself recovering from an attempted poisoning.

As Ha-seon starts taking his regal responsibilities to heart and asserting his own more humane stamp on Gwang-hae’s official decrees, Masquerade is several things at once: a somewhat sentimental tale of royal intrigue and romance; a crash course on the claustrophobic, often bizarre details of courtly life (where there is an official taster not only the king’s food, but also for his pooh); and a showcase for the acting talents of Korean superstar Lee Byung-hun, in dual roles. Yet it was the film’s twinned themes of duplicity and doubling that resonated most with a festival where so many titles came with a mirror – including Masquerade itself, which had its own double in Jang Kyu-sung’s I Am the King (Naneun Wangyirosoyida), a similarly Korean spin on the prince and the pauper (with Joo Ji-hun in both parts).

Accordingly, with its crack ensemble of Korean and Chinese thieves plotting a diamond heist at a Macao casino, Choi Dong-hoon’s festival opener, the Korean box office-buster The Thieves (Dodookdeul), first presents itself as a shameless Ocean’s Eleven clone. Yet as these professional deceivers start questioning whether they can actually trust each other, the tone shifts from caper comedy to more serious high-stakes character drama, and the film becomes more like a reimagining of Choi’s own earlier The Big Swindle (Beomjweui jaeguseong, 2004) – which was also here re-screened as part of a Choi ‘directorspective’. The Thieves is all very slickly realised, with one bravura chase sequence up and down a building’s outer wall proving especially memorable – but the sheer number of mood swings, double crosses and narrative twists eventually becomes exhausting, while making it impossible to engage with the protean players or to care much who eventually comes up diamonds. 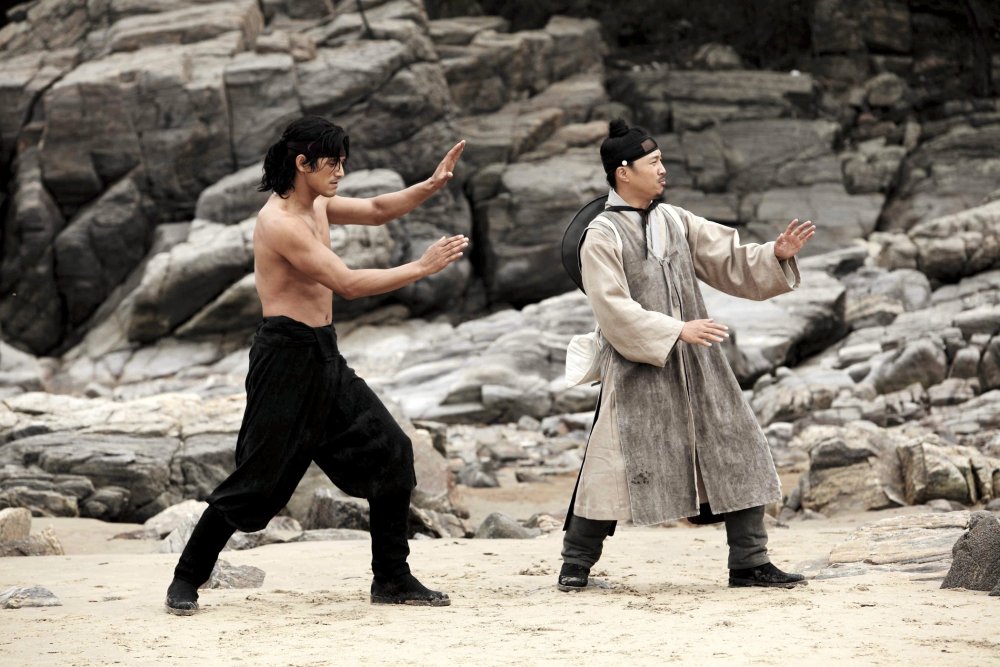 Playing twin to The Thieves was Kim Joo-ho’s The Grand Heist (Baramgwa hamjje sarajida), also an ensemble heist movie, but far from identical. On the contrary, it’s a period caper set in the late-eighteenth century, and replaces the targeted diamond of The Thieves with a more literal kind of ice which a corrupt official is keeping in cold storage to win influence in his bid to usurp the throne. As a rogues’ gallery of 11 specially skilled ne’er-do-wells bands together to steal and redistribute the tonnes of ice and to reinstate the King’s authority, The Grand Heist maintains its tone of madcap rambunctiousness, while allowing its thieves to be, or at least to become, true Korean patriots with a grand political cause and an East-meets-West sensibility (the latter shared with the film itself).

The Grand Heist was not alone in looking West. Kim Don-Wong’s Black Eagle (aka R2B: Return to Base, aka Soar into the Sun) is a shameless and cheesy Top Gun rip-off, quickly forgotten. 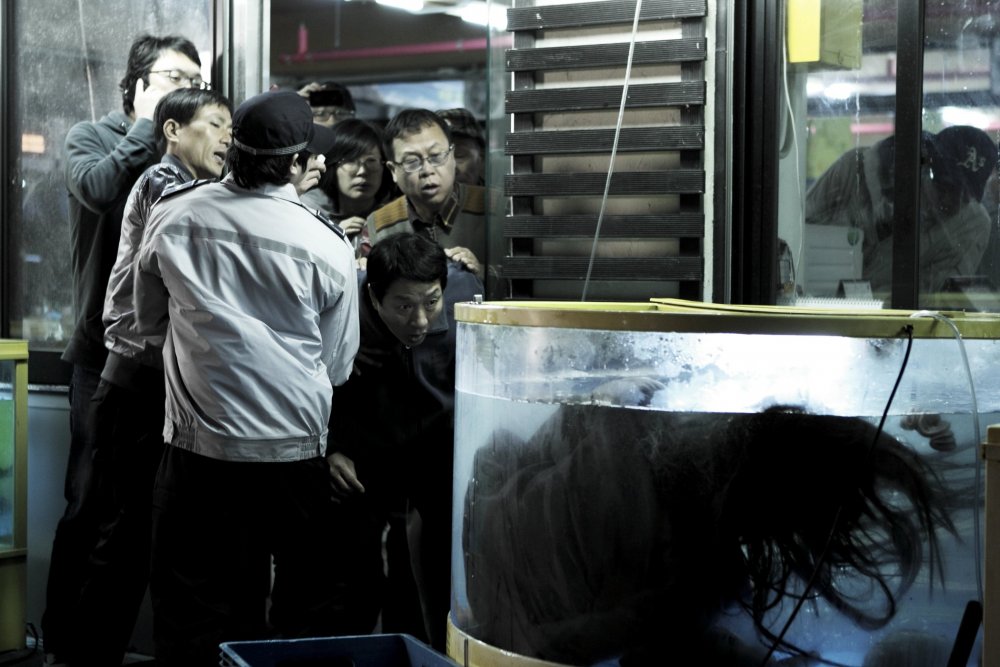 On the other hand, Park Jeong-woo’s virus thriller Deranged (Yeon-ga-si) tries hard to break free of its Contagion shackles by giving its infection a truly bizarre origin (a genetically engineered, brainwashing ‘hairworm’ parasite) and symptomatology (grotesque hunger and thirst leading to self-drowning). The opening image of a rollercoaster promises that this disaster movie will be fast and furious, but when all the story’s tensions come down to whether bland characters can, by will power alone, resist the lure of water or keep a worm from leaving their body, Deranged ends up being both preposterously silly and numbingly repetitive.

Speaking of parasites, the sections in this year’s LKFF devoted to sports movies and K-pop opportunistically fed off the current fever for the Olympics and ‘Gangnam style’ – but my two favourite films of the festival both screened in the ‘K-animation’ strand and, aptly enough, made a perfect double-feature.

Lee Dae-hee’s Padak is a literal fish-out-of-water story, in which a captured female mackerel desperately seeks to escape the sushi restaurant tank in which she has been flung and to return to the ocean before getting the chop. This might sound reminiscent of Pixar’s Finding Nemo, but apart from the odd fishy dream sequence drawn in captivatingly naïve style, the animation here comes with a hyperrealism that excludes all cutesiness. 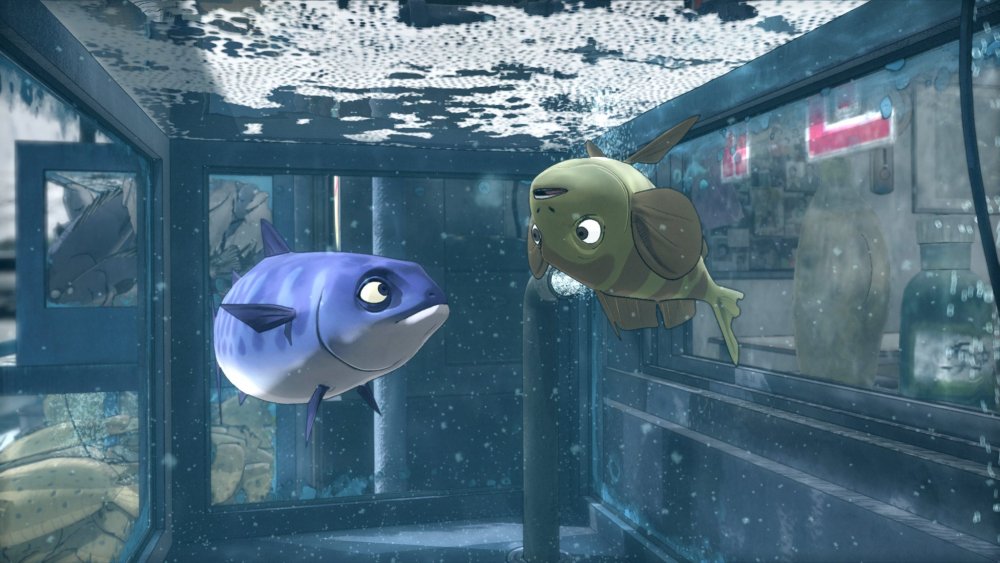 Such close attention to detail matches the film’s unflinching honesty regarding the transition from sealife to seafood. As ‘Padak’ (so named for the sound the heroine makes when trying to flop across dry land) struggles to persuade the other, farm-bred fish in the tank that a sea of hope lies just beyond, her story becomes an allegory of both thinking outside the box and changing the prevalent ecosystem within.

If Padak is undoubtedly harrowing and may well put younger viewers off eating fish for life, it does still come with something like a happy ending, whereas Yeun Sang-ho’s extraordinary The King of Pigs (Dae gi eui wang), made for an exclusively adult audience, leaves little room for anything but abject bleakness, despite its essentially similar themes and allegorical intent. Here, instead of a fish tank, we get the claustrophobic milieu of a middle school where pupils’ social differences are played out through the ‘class’ conflict of vicious bullying, leaving irreparable scars. When we first meet 30-year-old one-time schoolfriends Jong-suk and Kyung-min, the former is still being humiliated in the workplace, and has just beaten up his girlfriend in a jealous rage, while the latter has just murdered his own wife in the wake of business bankruptcy.

As these two haunted, hopeless men meet for the first time in 15 years, they reminisce about their old schoolfriend Chul, a disturbed outsider who always hit back hard against the three downtrodden boys’ more privileged tormentors – yet just as they avoid all mention of their present circumstances, Jong-suk also suppresses a key part of Chul’s tragic story. 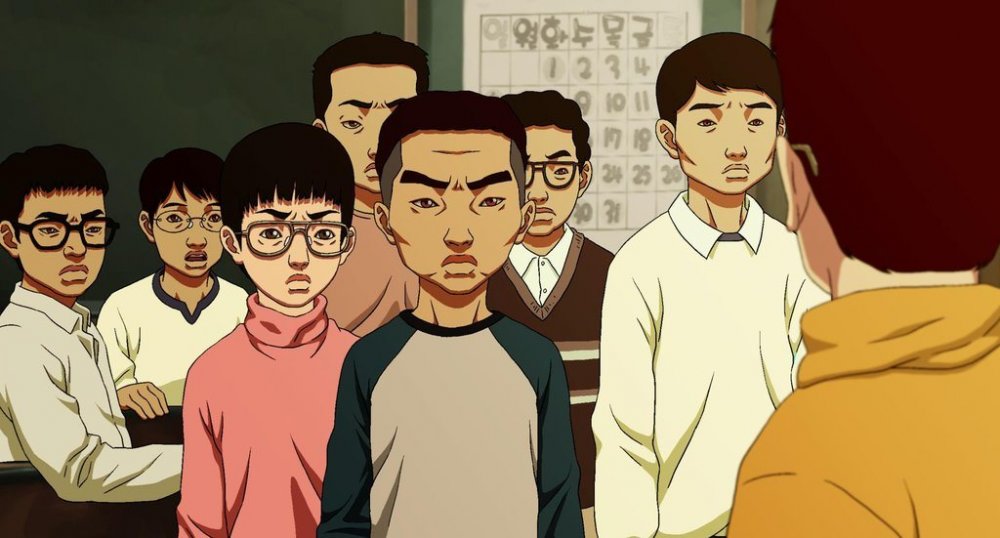 The King of Pigs

As the grim truth eventually outs, we bear witness to a hidden legacy of oppression, violence and despair from which there can be no easy escape, and which reflects the hierarchies that continue to stratify Korean society. The King of Pigs is a relentlessly depressing affair, but so compelling and complex in its telling, and so elegantly austere in its animation, that you’ll want to see it at least twice.