Film of the week: Sweet Bean

Of leprosy and pancakes: a low-key three-hander that shows more of the good than the bad of Japan’s perennial outsider director Kawase Naomi. 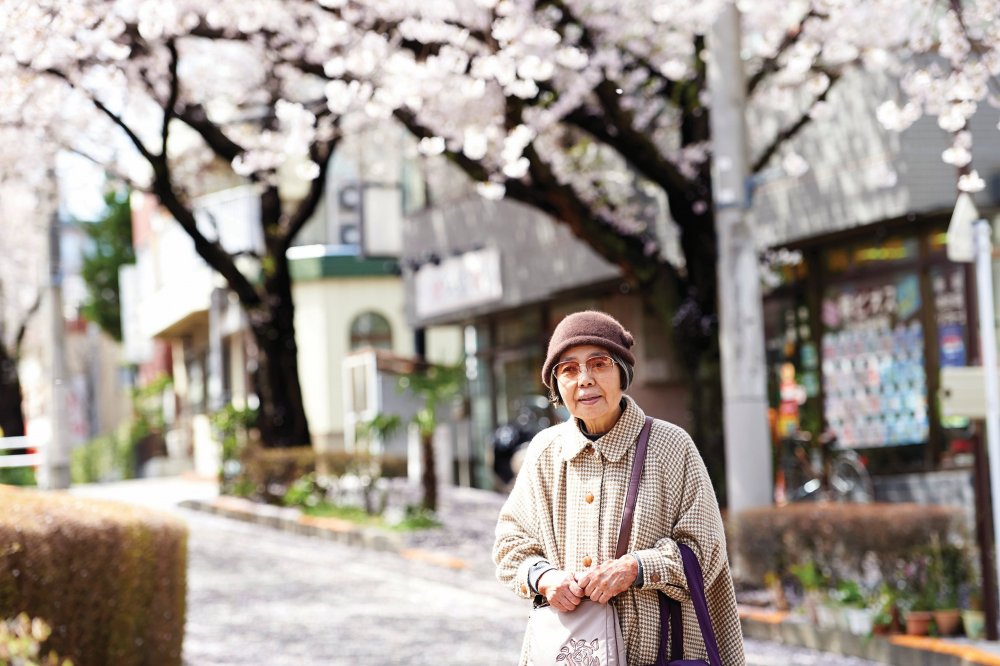 It is easy to forget what a breath of fresh air Kawase Naomi once seemed within Japanese filmmaking circles when she first emerged, aged just 18, at the turn of the 1990s with a series of highly personal Super 8 diaries and experimental films. The subsequent international recognition for her Caméra d’Or-winning feature debut Suzaku (1997) trailblazed a path for a new generation of women directors, such as Nishikawa Miwa and Tanada Yuki, who have since established successful commercial careers, slowly eroding the long-entrenched gender imbalance within the industry.

And yet in comparison with these figures, Kawase remains something of a marginal presence in her homeland, her prodigious output (which includes numerous documentaries, shorts and anthology segments alongside her eight features) buoyed instead by European funding and a consistently high Cannes profile. This outsider status can be attributed in part to her decision to base herself far from the industry hub of Tokyo; many of her films, including Hotaru (2000), Shara (2003) and The Mourning Forest (2007), are set in her birthplace, the ancient capital of Nara, while Nanayo (2009) and Still the Water (2014) unfold in exotic locales further afield, in Thailand and Okinawa respectively.

It seems fitting then that Kawase’s first film to be set in Tokyo (or rather its suburbs) should deal with those on the margins. Sentaro (Nagase Masatoshi, best known in the west for Fridrik Thor Fridriksson’s Cold Fever and Jim Jarmusch’s Mystery Train), a dispirited vendor of dorayaki pancakes, merely goes through the motions every day, turning up to work in order to pay off debts (incurred by a past misdemeanour) to the owners of the tiny patisserie he manages. 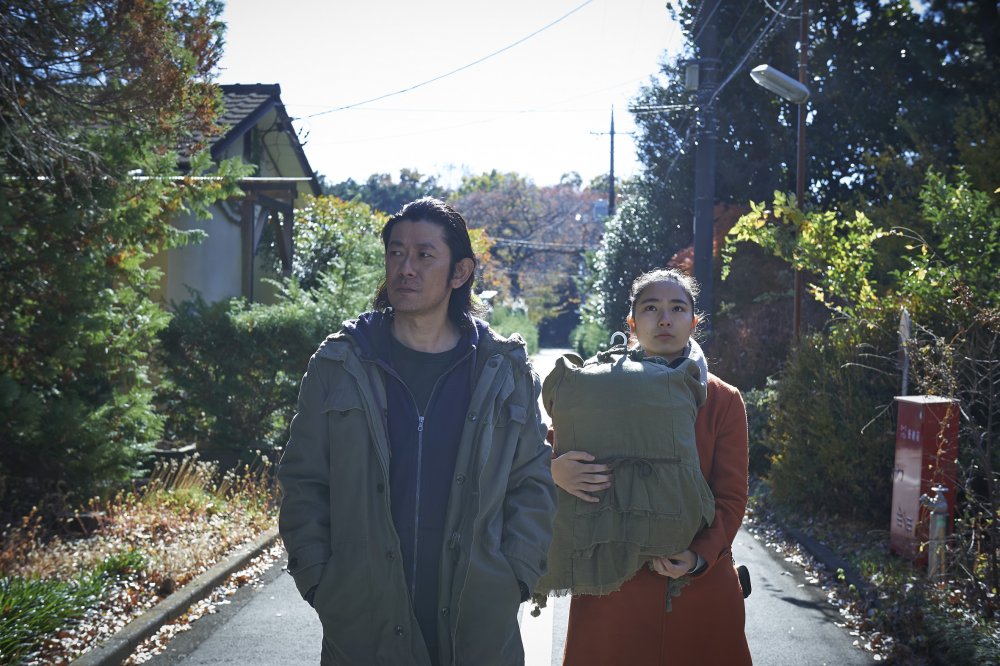 Tokue (the Kore-eda regular Kirin Kiki, seen earlier this year in Our Little Sister), the mysterious 76-year-old woman he reluctantly takes on as his kitchen assistant, her passion inspiring a new sense of pride and purpose in his work, is soon revealed to be a resident of a nearby sanatorium for sufferers of Hansen’s disease, or leprosy. Meanwhile Wakana, a schoolgirl from a broken family, finds a home from home within the new Gemeinschaft that develops around the older woman’s artisanal recipe for the pancake’s an sweet-bean filling, honed over 50 years of domestic cooking.

Limiting the focus to these three characters works in the drama’s favour, certainly when compared with the typically meandering meditations on love, death and extended family life in Kawase’s previous work. And there are none of the nakedly autobiographical elements that have proved such a sticking point for viewers resistant to Kawase’s rather self-conscious, self-orientalising strain of auteurism.

These shifts in tone are best attributed to the fact that she is, unusually, adapting someone else’s work rather than developing an original story: the source material is the novel An by Sukegawa Durian, which deals with the very real but otherwise almost invisible issue of the outsider status of the several thousand leprosy patients currently housed in specialist sanatoriums across Japan. (Previous films broaching the subject include Toyoda Shiro’s Spring on Leper’s Island, 1940, Nomura Yoshitaro’s The Castle of Sand, 1974, and Kumai Kei’s To Love, 1997.) 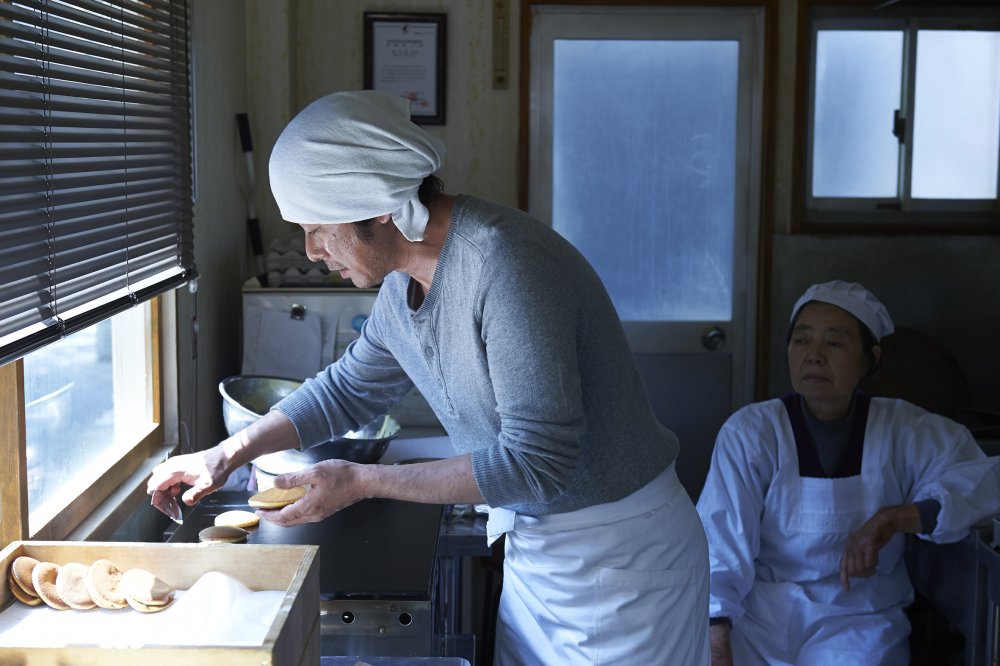 For viewers unfamiliar with Kawase’s oeuvre, Sweet Bean provides a better entry point than its laboured predecessor, Still the Water, which last year became her first to receive UK distribution. Despite its more sentimental tone, aesthetically the new film adheres closely to the template she established at the beginning of her career, with the phases of the protagonists’ shifting relationships relayed as impressionist fragments of everyday life against the changing seasons.

The low-key documentary naturalism is well served by Akiyama Shigeki’s lucid cinematography, and the montage that plays out as Sentaro reads Tokue’s letter of farewell, expressing the old woman’s nativist connection to the earth, harks back to the lyrical visual poetry of Kawase’s early 8mm work – notably the touching portrait of the great aunt who raised her, Katatsumori (1994). But the director’s characteristically mawkish dialogue in the accompanying voiceover, waxing in quasi-mystical terms about the adzuki bean’s rite of passage from field to kitchen or “the soul of a dorayaki”, may leave some viewers wishing that the centre of this latest confection were a little less cloying.

Related to Film of the week: Sweet Bean