Some high-profile absences and attendant censorship worries were but the foam on a weltering sea of Korean self-investigations, from angry socio-political allegories and sex-assault dramas to self-reflexive visions of this burgeoning national cinema. 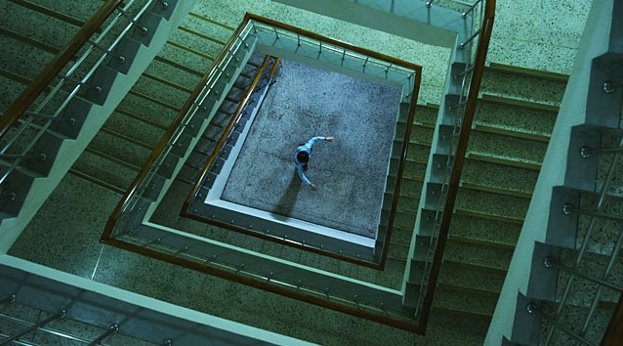 Since its first ripples in the 90s, the New Wave of South Korean cinema has had an impressive run domestically, helped by emerging talent and a local screen-quota system (halved in 2006 through a trade agreement with the US). It has also of course been steadily gaining recognition and praise in international festivals while earning itself a loyal (if niche) following around the world.

Now, there are signs that the wave has truly crested, with the release of three English-language films directed by celebrated Korean directors (Kim Jee-woon’s The Last Stand, Park Chan-wook’s Stoker and Bong Joon-ho’s Snowpiercer), as well as the arrival of Spike Lee’s Hollywood remake of Park’s Old Boy (2003).

As though in acknowledgement of the national cinema’s new-won status on the international stage, the special gala premiere at this year’s London Korean Film Festival was opened by none other than the South Korean President Park Geun-hye, and also saw the signing of a Memorandum of Understanding by Maria Miller and Yoo Jin-ryong, the UK’s and Korea’s respective ministers responsible for culture. 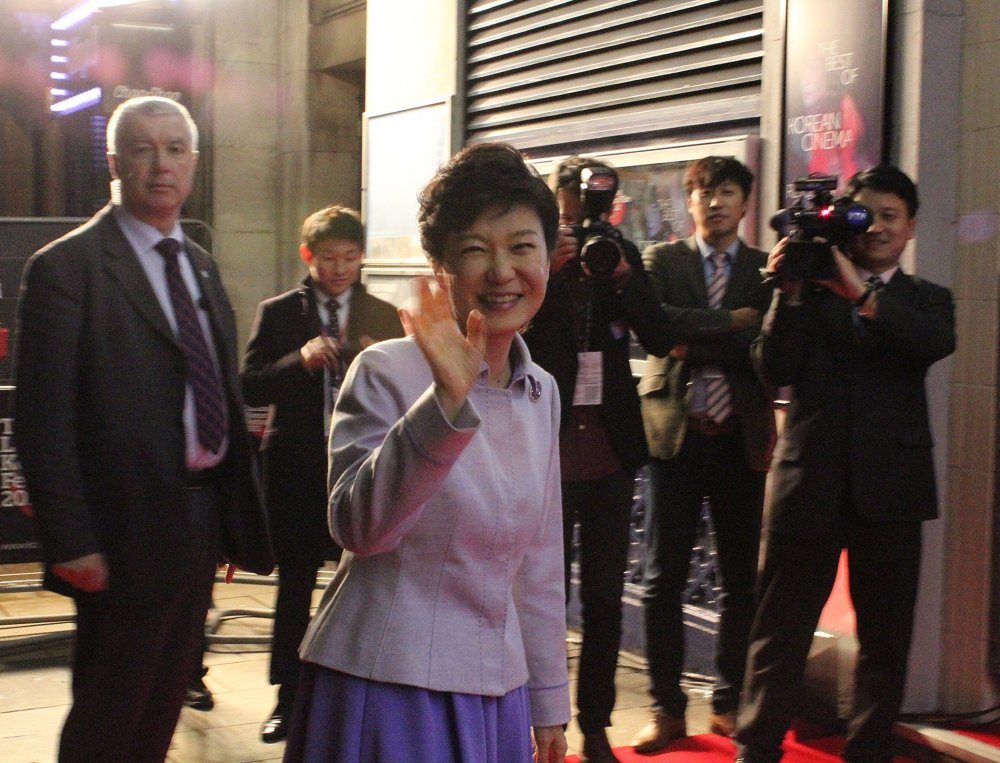 Still, two talking-point films released in Korea this year – but omitted from the festival programme – suggest more troubled waters, both domestic and international, for the Korean industry. Bong’s much lauded Snowpiercer finds itself still caught up in Harvey Weinstein’s determination to release his own, substantially shorter cut to English-speaking markets, reportedly against the director’s wishes – which made it impossible for the festival to secure a copy.

Rather differently, Baek Seung-woo’s controversial documentary Project Cheonan Ship, which challenges the official line that a North Korean torpedo sank the Cheonan in 2010, was mysteriously pulled from major Korean theatre chain Megabox after only two days, raising questions about freedom of speech under the current administration – so it is perhaps telling that the film should not have been included on a programme introduced by the President herself.

Meanwhile, filmmaker Kang Woo-suk, who enjoyed a ‘directorspective’ at this year’s festival with screenings of Two Cops (1993), Public Enemy (2002), Silmido (2003), Public Enemy Returns (2008) and Moss (2010), complained during a festival panel discussion that the control of the film industry by a small group of chaebol, or business conglomerates, placed limitations on the kinds of film that he and others could now make in Korea. 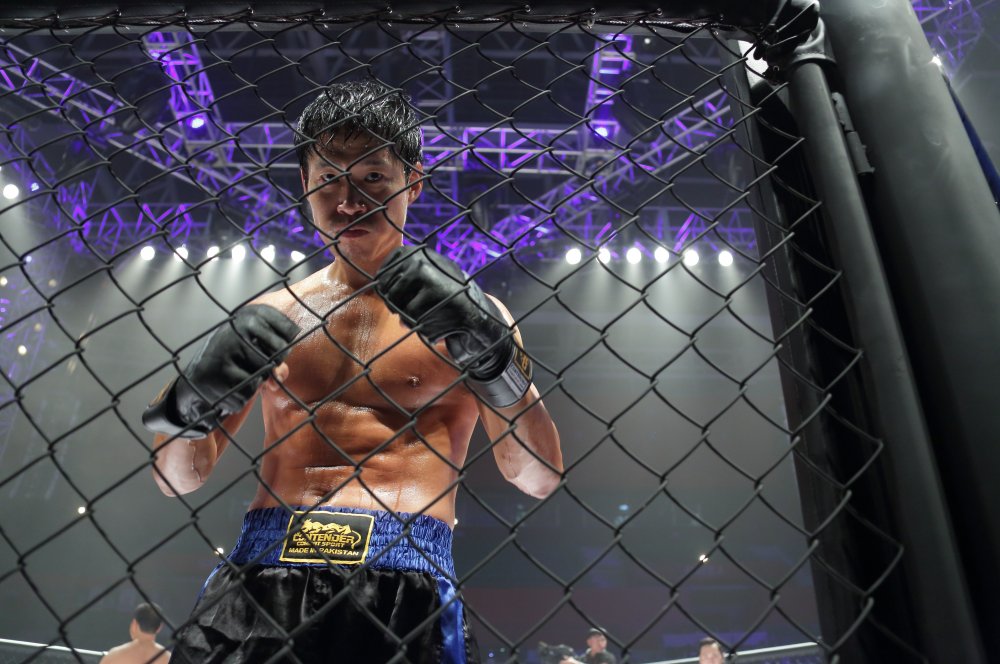 Perhaps his latest film, Fist of Legend, here for its UK première, allegorises this wrestle with the divergent pressures from his financial backers and his own political convictions: as a one-time teen street fighter turned ex-con father and noodle chef is sought out for a middle-aged Mixed Martial Arts contest on an exploitative reality-TV show, the breezy triumph-against-adversity arc, not to mention the copious use of ‘Eye of the Tiger’ on the soundtrack, might make the film seem like Korea’s answer to the Rocky franchise – but this boisterously entertaining template serves as sly cover for commentary on the way that Korea’s corrupted social and corporate structures have for decades been holding down the nation’s real talent.

Not dissimilarly, Shin Su-won’s excellent Pluto (pictured at top) uses its melancholic thriller plot – revolving around high-schoolers willing to commit murder to attain élite university placements – to expose the ‘class’ divisions in Korea that load the nation’s hierarchical system in favour of the undeserving rich.

Another thriller, festival opener Hide and Seek, blends the fatal upward mobility of Pang Ho-cheung’s Dream Home (2010) with the guilt-ridden past of Michael Haneke’s Caché (2004) to tell a tale of divided apartments, families and social classes. Once the central twist is revealed, the film’s only recourse is to go shrilly over the top – but before that happens, first-time director Huh Jung shows a real mastery of pacing, atmosphere and tension as well as a thematic engagement with the destructive power of material acquisitiveness. 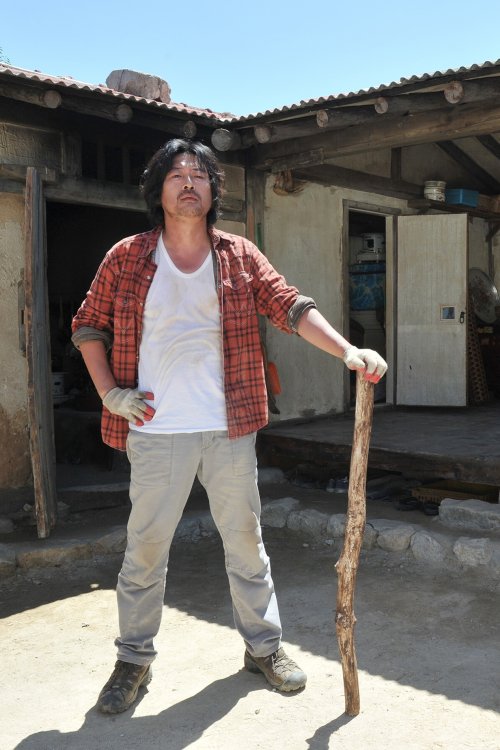 A more overtly politicised message was delivered by Yim Soon-rye’s South Bound, whose hero Choi Hae-gap (Kim Yun-seok), a committed Marxist and long-time scourge of the state, heads with his family to a small island for a life off the grid only to become embroiled in a land dispute with a corrupt businessman, and to find unexpected converts to his cause in both the local policeman and the two secret servicemen assigned to monitor his movements. South Bound not only offers a forum for Choi’s anti-establishment convictions but also utterly validates them, even as it portrays a Korea that has fewer and fewer spaces where such idealism can be accommodated. The film’s countercultural appeal was if anything enhanced by some truly terrible projection, sourced, apparently, from a DVD copy.

Sailors who discover Choi adrift in the opening scene of South Bound wonder if he is a refugee from North Korea. The North-South divide has unsurprisingly been an ongoing preoccupation of the South’s cinema, and besides programming a retrospective of classics dealing with the war (Lee Kang-cheon’s Piagol, 1955; Lee Man-hee’s Marines Are Gone, 1963; Shin Sang-ok’s The Red Scarf, 1964), the festival also included Jang Cheol-soo’s new film Secretly, Greatly, whose tale of three deadly North Korean sleeper agents assigned to a small town in the South not only confounds the borderlines between domestic banality and covert war but also smuggles in much action and ultimately tragedy under the cover of easy comedy.

Such a mercurial approach to tone is a common feature of Korean cinema, although the shift in Kim Sung-soo’s infection disaster movie Flu from buddy laughs and cutesy child antics to what can only be described as Holocaust imagery was too much for this viewer, with poor CGI compounding the alienation.

Lee Hwan-kyung’s Miracle in Cell No. 7 handled its seriocomic switching much better as it flip-flopped between the efforts of a mentally challenged man, wrongly convicted of murdering a young girl, to maintain a relationship (while in prison) with his own young daughter, and the subsequent attempts of his now adult daughter to get his conviction overturned in a mock court.

In fact, Miracle in Cell No. 7 was one of five films at the festival – all otherwise very different but equally impressive – that dealt with assaults on young women and their aftermath. Jeong Keun-seob’s accomplished thriller Montage deftly criss-crosses between an unsolved child abduction and a copycat crime 15 years later, with some very thorny dilemmas revolving around the morality of revenge.

Revenge also features in Lee Don-kyu’s astonishing Dogme-style debut Fatal, in which a milquetoast goes to a charismatic church and meets the woman whose gang-rape years earlier he had attended and possibly joined, leading to a meltdown of guilt, confession, redemption and martyrdom.

The emotional intensity of this first-time director’s film was matched by veteran Lee Joon-ik’s Hope, which looks unflinchingly at the effects of a horrific child rape on a family already facing financial difficulties, and features a standout performance from Sol Kyung-gu as a father desperate to reconnect with a daughter he barely knows.

Like Hope, the festival’s closing film, Song Hae-sung’s Boomerang Family involved the family ties that continue to bind despite profound domestic dysfunction, and also included a young woman’s sexual exploitation (in a pivotal subplot), but its dramas remained primarily comic in nature. 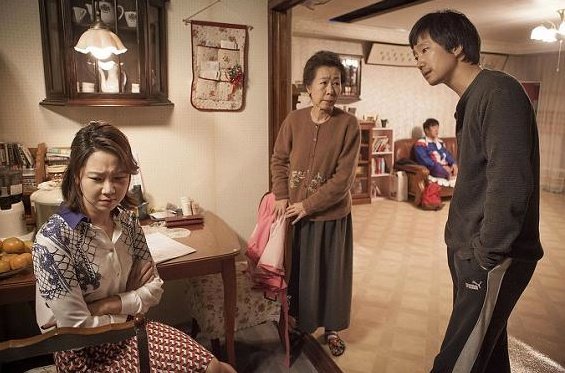 Its protagonist In-mo (Park Hae-il) is a one-time intellectual indie director now reduced to helming porn films – a characterisation in line with a strong strand of metacinematic features at this year’s festival. In E J-yong’s hilariously perplexing Behind the Camera, E remotely directs (via Skype) a film about a filmmaker remotely directing a film, while his cast (including an exasperated Youn Yuh-jung, also in Boomerang Family) play themselves shooting another cast and crew (also actors). Since E sits (purportedly) in an LA office throughout the Korean shoot, he can waggishly refer to himself as a ‘Hollywood director’ and gently satirise the rush of Korean filmmakers to the US market.

During Behind the Camera, E’s directorless set in Seoul is visited by several other directors, including Ryoo Seung-wan, Lee Joon-ik and a bemused Kim Jee-woon – the last, ironically enough, on a short break from directing The Last Stand in America. Kim also visited the London Korean Film Festival itself, to showcase the immense breadth of his talent with a screening of four of his half-hour short films in four different genres (bi-curious vampires in Coming Out (2000), double agents in Present (2009), enlightened robots in Heavenly Creature and game-playing romantics in One Perfect Day, the latter two both made this year). During the Q&A, he memorably challenged the full theatre to a game of rock-paper-scissors, in imitation of a recurrent motif from One Perfect Day.

Shin Yeon-shick’s Rough Play (written by Kim Ki-duk) uses the rise and fall of a self-involved young actor (embodied by Lee Joon) to trace the merciless revolving door of Korea’s star system. Reflexive to a fault, and full of references to other Korean films, it plays like the dark twin of Behind the Camera.

Altogether more celebratory of Korean cinema and its place in the world is Mohsen Makhmalbaf’s documentary Ongoing Smile. A portrait of Kim Dong-ho, founder and long-time director of the Busan International Film Festival, and recently also a filmmaker in his own right (his directorial debut Jury screened at the festival), it paints the indefatigable 74-year-old, both in his many achievements and in his quotidian routines, as a model of a life well (and fully) lived. It is also, in its way, about the man most responsible for Korean cinema being known beyond the Peninsula. For without the efforts of Mr Kim to put his nation’s films on the map, as likely as not the New Wave’s ripples would never have reached these shores, and there would be no London Korean Film Festival.