Clothes make the han: uniforms and lies at London Korean 2014

At this year’s Korean cinema showcase, seven new thrillers fanned feelings of resentment and injustice through variations of criss-crossing and double-agency.

“Yo rookie! Don’t you know what we do? We only need that for funerals and promotions.”

The object in question here is a standard-issue police uniform, marking its wearer’s place in the social hierarchy. Yet on her first day working in a special surveillance unit in Seoul, Han Hyo-ju (Ha Yoon-ju) is learning the value of staying invisible and incognito. A remake of the Johnnie To and Tsui Siu-Ming-produced Hong Kong thriller Eye in the Sky (2007) redressed in Korean clothing, Jo Ui-seok and Kim Byung-seo’s Cold Eyes (Gamshijadeul) concerns undercover cops who blend in with the armed robbers they’re pursuing, and organised criminals who are indistinguishable from crooked politicians and ‘fat-ass executives’ (“we’re all thieves”).

In the opening sequence, Han’s (and our) skills of observation are tested as she, in her plain clothes, tails an ordinary-looking target (Sol Kyung-gu) on a train, without realising that he is her future unit chief merely pretending to be a mark, or indeed that a very real criminal (Jung Woo-sung) happens to be in the same carriage. Stripped of their uniforms, everyone here looks the same. 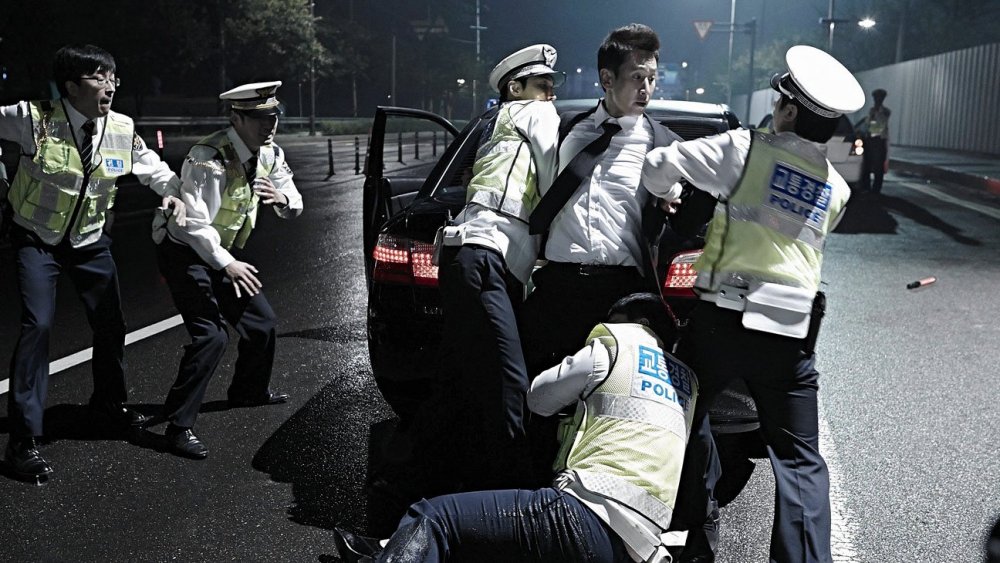 In the policiers and crime films that screened at this year’s London Korean Film Festival, uniforms and clothes proved to be not mere costumes, but also emblems of social order and authority – and their absence (or even their improper presence) betokened a questioning of the status quo. It is only after we have seen Park Chang-min (Cho Jin-woong), the principal antagonist of Kim Seong-hun’s A Hard Day (Kkeutkkaji Ganda), playing cat and mouse with the morally questionable investigative detective Go Gun-su (Lee Sun-Gyun), that Park is himself revealed, by a sudden change of clothes, to be a corrupt officer of the law dressing down for his criminal activities.

Similarly Chang’s The Target (Pyo jeok) takes its time to let it be known that Song Gi-cheol (Yu Jun-sang), the leader of a squad of extrajudicial thieves and assassins, is also a police inspector. Both these films slyly devalue the uniforms in their costumery, showing them up precisely as guises of respectability to be worn or discarded in keeping with their owners’ own decidedly unjust agenda. 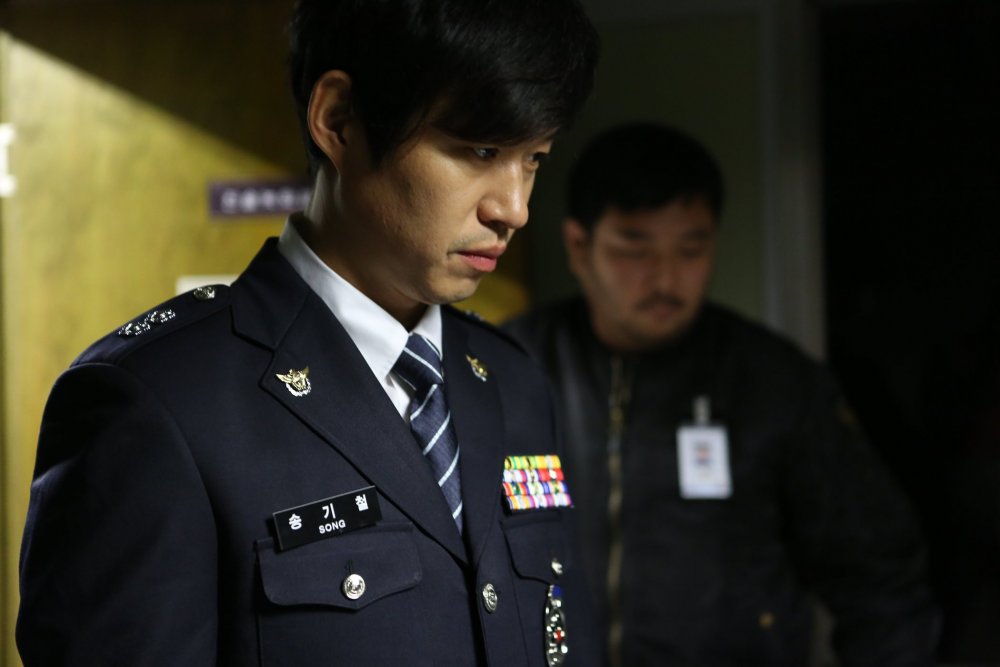 Conversely, in Kim Ki-duk’s latest feature One on One (Il-dae-il), the seven state-sponsored murderers of a young schoolgirl are in turn abducted, tortured and forced to confess by a separate group of downtrodden, abused vigilantes, also seven in number. Not only are the captives stripped of their badges of office, but the vigilantes disguise themselves variously as police, agents and gangsters, much as they also adopt fake brand-name watches, handbags and cigarette lighters to elevate their social status. Eventually these costumed antiheroes come to realise that in fashioning themselves to look like their oppressors, they also risk becoming like them, as we are shown how dressing up is integral to the game of politics, and that the wearers of such guises are in fact interchangeable.

Here Kim lays bare the trappings – and traps – of power, although by making his characters inhabit overschematic scenarios and speak endlessly in big, capital-letter themes, his exercise in agitprop will leave many longing for the mute personae who populated his earlier works. Even so, One on One was the festival’s clearest expression and exploration of that peculiarly Korean trait known as han: an ingrained sense of resentment unalleviated and injustice unredressed. 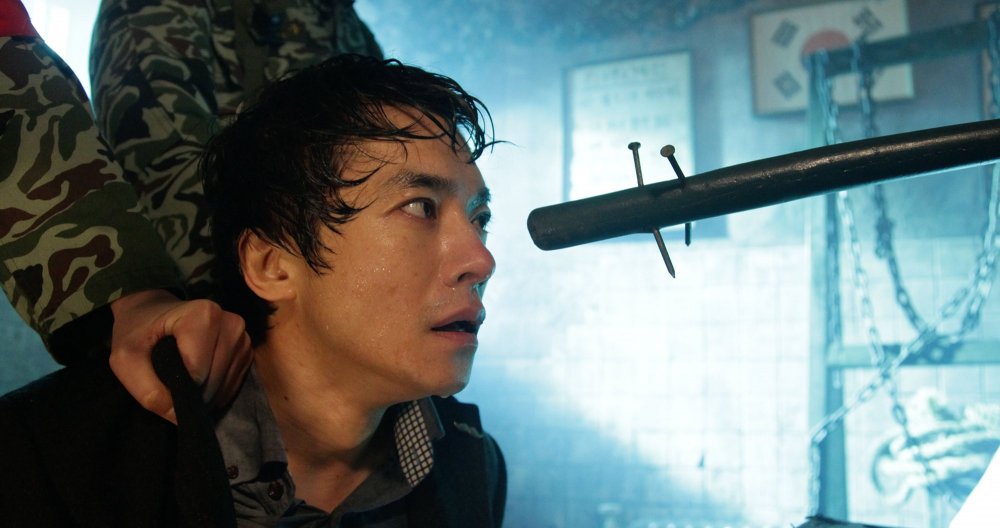 In Jang Jin’s Man on High Heels (Hai hil), scarred, muscular detective Yoon (Cha Seung-won) wears a uniform of tough-guy machismo, typically taking down roomfuls of criminal opponents with his bare hands, and in one scene intimidating (and impressing) a gangster in a sauna with the size of his manhood. Yet Yoon’s well-kept secret is a desire to dress in women’s clothes and makeup, and ultimately to undergo a sex-change operation. 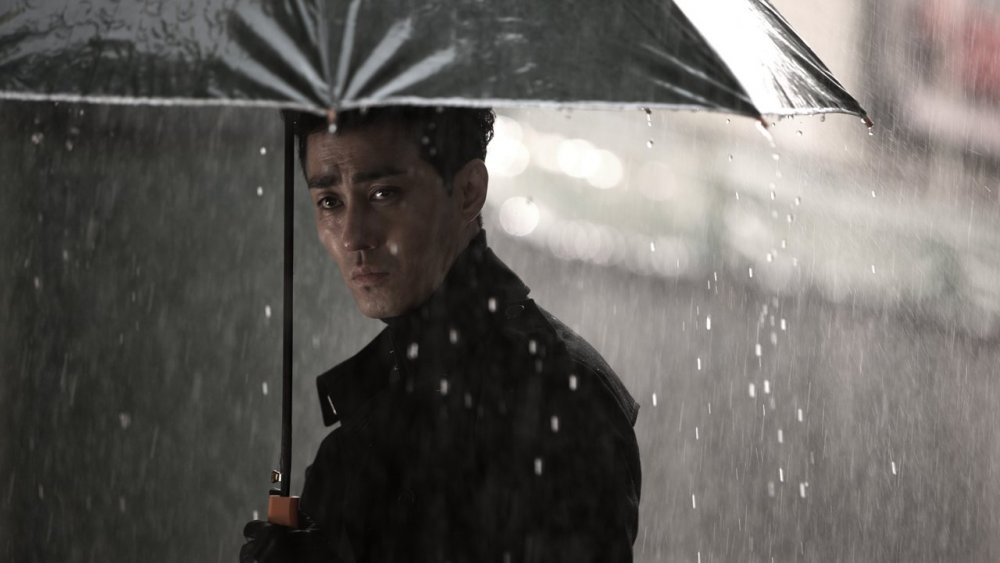 In this way Jang both celebrates and deconstructs Korean notions of masculinity, in a comic tale anchored by a bittersweet performance from Cha. The punchline here – and it is hard-hitting rather than funny – is the suggestion that Yoon’s ultimate reassignment to a life of conventional heterosexual marriage is just another role, like that of violent cop, that he plays under pressure to conform to the normative demands of his society.

The long-awaited return of director Jang Joon-hwan (Save the Green Planet!, 2003), Hwayi: A Monster Boy (Hwayi Gwimuleul samkin ahyi) shows the opposite. Its hero, the artistically inclined teenager Hwa-yi (Yeo Jin-goo), was kidnapped as a very young child and has since been raised by his five abductors, whom he regards as his fathers. 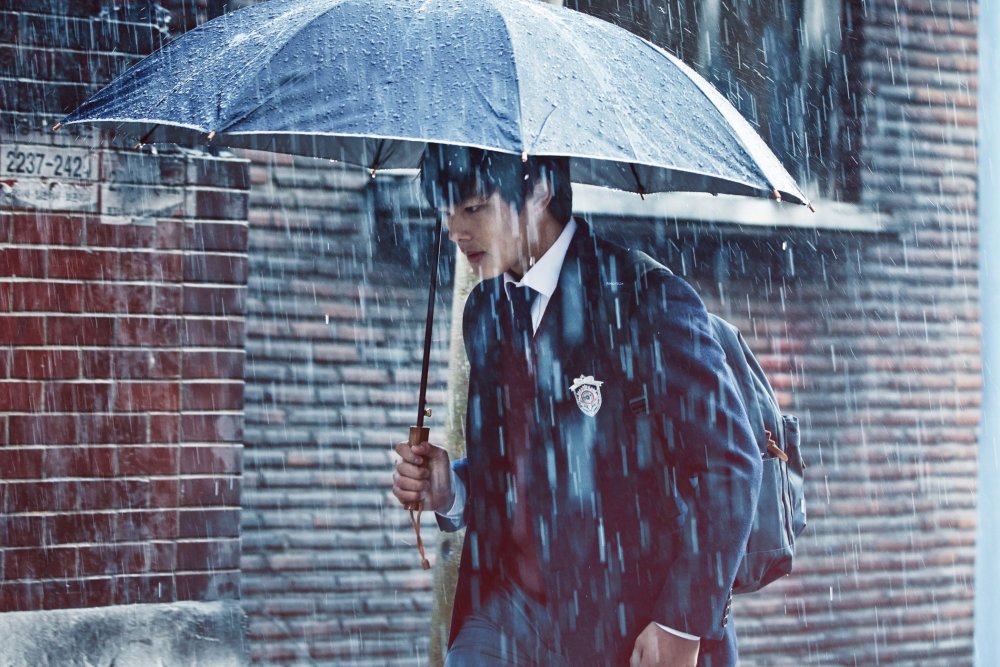 Reared to follow in their criminal footsteps, Hwa-yi combines aspects of each of them, including the monstrousness of the gang’s leader Suk-tae (Kim Yoon-seok). Yet Hwa-yi also rebels against their malign influence by wearing at all times that most conformist of teen outfits, a school uniform, even though he has never attended a school. Hwa-yi’s clothes express visually his longing for the normal childhood that has been taken from him.

In Jung July’s A Girl at My Door (Dohee-ya), my festival favourite, Sun Do-hee is also trying to regain her childhood innocence. Bullied by schoolmates and physically abused by her stepfather and grandmother, Sun finds a mother figure in Lee Young-nam (Bae Doo-na), the Seoul policewoman who has been restationed to this seaside village, her career under a cloud. Soon Lee has taken Sun under her wing, and when Sun is not trying on the policewoman’s official cap or having her hair cut similarly short, Lee is buying her bikinis and school outfits to outlast the girl’s palpable pubescence. 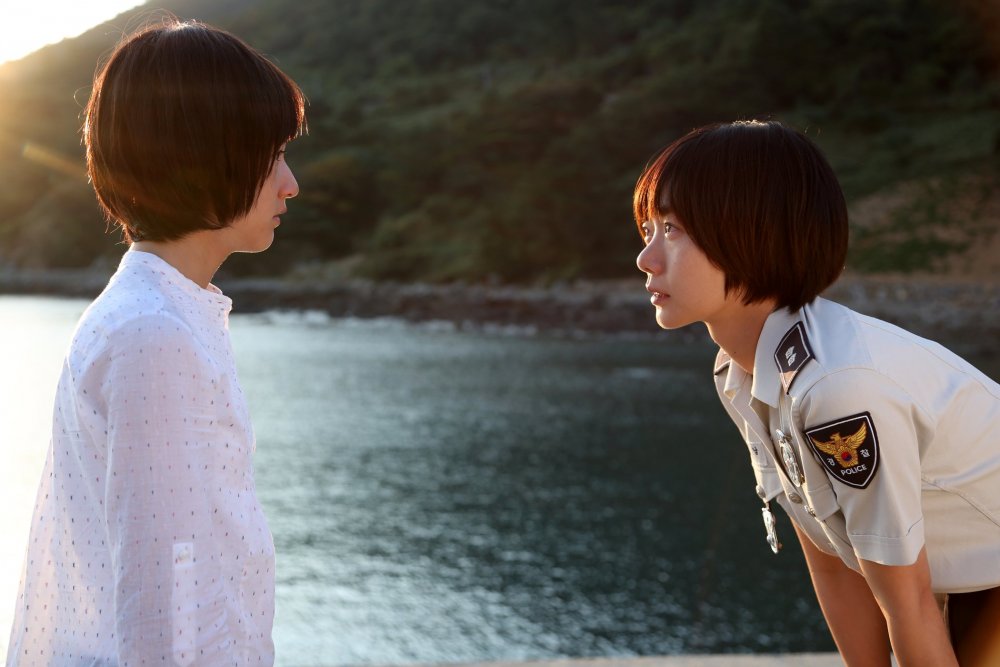 “It’s true that she likes me, but the reason is because I wear a uniform and confront bad men and look powerful,” Lee will later explain when questioned about the precise nature of their relationship. Yet Jung leaves us wondering whether there might be something more pernicious to this pairing of abandoned women – once the clothes have come off.

The film plays like Jang Cheol-soo’s Bedevilled (2010), only without ever quite allowing its bunny to boil. A deep moral ambiguity comes cloaked in a happy-seeming ending that cannot quite keep off the rainy chill.

Related to Clothes make the han: uniforms and lies at London Korean 2014