Pump up the volume! Why we’re screening Atomic: Living in Dread and Promise LOUD

Why can rock gigs be very loud, with people bringing ear plugs to reduce the volume according to their preference, but cinema can’t? 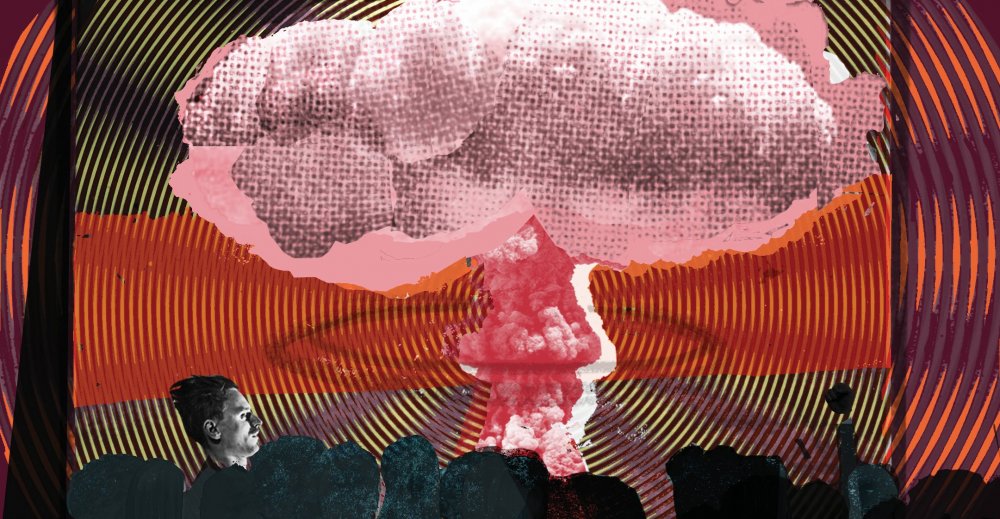 Recently, for the first time in 15 years, I made something for TV. Atomic: Living in Dread and Promise, an archive film collaboration with the band Mogwai, was shown on the BBC to tie in with the 70th anniversary of the bombing of Hiroshima. I had a great commissioning editor, Nick Fraser of Storyville, who allowed us to tell our story in a cinematic way – no presenter, no narration, no telling the audience what was coming up and no summaries – and Mogwai’s epic soundscapes were exactly what a film about power, energy and war needed. The film was broadcast, the reaction was great, loads of people saw it and so its anti-nuclear message was duly delivered.

Atomic: Living in Dread and Promise (played loud*) tours cinemas around Scotland and the rest of the UK from 21 October 2016.

Atomic was then shown at some film festivals and, at each, it sounded too quiet to me. We’d done a thunderous 5.1 sound mix for cinemas, but when I asked projectionists to turn it up, they did a bit but said that audiences don’t like films loud. As I wanted the impact in movie theatres to have something of the feel of a bomb exploding, I was disappointed by this, but I’ve heard people complain about loudness before, and know that autism-friendly screenings with the volume turned down are popular.

Then Mogwai started playing Atomic live. They did so in Hiroshima, and I played it forte in Chernobyl. And then I heard it live in Amsterdam and Edinburgh. It was seeing it for the first time. The sound made the picture bigger. 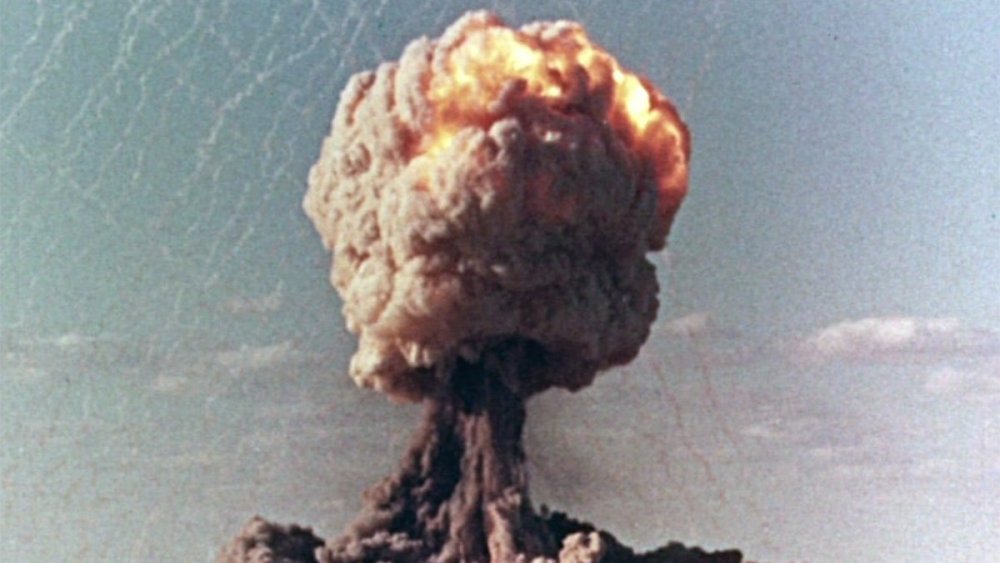 In Edinburgh, in a 2,800-seat theatre, I was near the back, so far from the speakers, but the sound was so powerful that its waves made the fine material of my T-shirt visibly shudder. I was reminded of seeing gigs in my teens, of the pleasure of sonic excess, of its sense of wildness, of 100-mile-an-hour wind, of my fear at hearing bomb blasts in Belfast and Sarajevo. Form and content were in roaring unison in those Atomic gigs. The sound expressed our rage at Trident, at those 15,000-plus nuclear warheads which are still on planet earth, at the pessimism of those who feel we need nuclear bombs, at the abyss of Hiroshima, at the trillion dollars spent on nukes. Afterwards, I heard a guy in the toilets say, “I’m in pieces”; outside, people often used the phrase ‘blown away’ to describe how they felt – both in the language of bombs.

This got me thinking of the different sensory pleasures we have in different places. Churches are hushed, landscapes are vast, gigs are loud, saunas are hot. Over the years, cinema has beckoned us with its various appeals to our senses: from the start it was bigger than life. When TV came along, cinema was wider and more epic than it. In India, the big movie houses had cooling systems. In the 60s and 70s, surround sound and Star Wars created a new sonic sublime. 3D brought the screen to our finger tips. The promise was magnitude, expansion or uniqueness. In the digital age, rare 70mm screenings of 2001: A Space Odyssey and The Hateful Eight are hot tickets, promising hypervisuality.

So, I wondered, why can rock gigs be very loud, with people bringing ear plugs to reduce the volume according to their preference, but cinema can’t? Filmhouse in Edinburgh asked if it could tour Atomic, and I asked if there is any legal or technical reason for not playing it at the volume I’d heard it in the dubbing theatre? There is none. TV has a legal limit – mostly to stop damaging the speakers – but good cinema speakers can be cranked up beyond their usual settings. 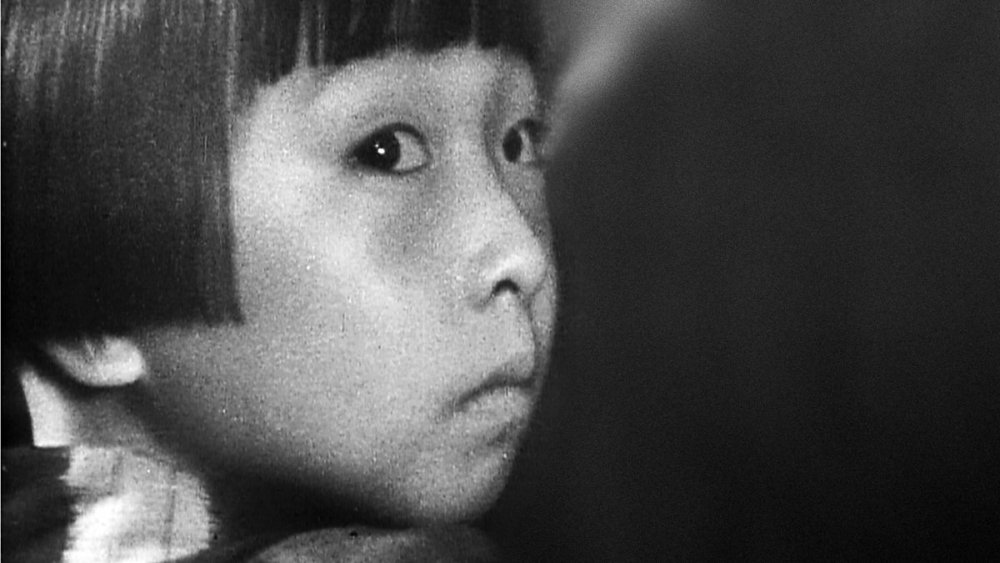 So we’ve decided to experiment, to treat a film screening like a rock gig, to tour Atomic Played LOUD and provide free earplugs. Let’s see how it works. People can choose not to come; or come in some trepidation, knowing that they can stuff their ears; or they can come to enjoy sonic overload, that flooding feeling where you get lost in music, caught in a trap, which so many of us love at gigs.

Along with ‘big’, ‘bright’, ‘wide’ and ‘deep’, can we also add ‘loud’ to the panoply of the cinematic sublime? Disaster movies of the 70s tried to rumble our seats, and blockbusters today are loud indeed, but their appeal isn’t that of an extra loud music score. I’m thinking of films that aren’t about car crashes and superhero battles. I’d love a season called Leone LOUD, for example, as the scores in Once upon a Time in the West and Once upon a Time in America deserve to be heard at full volume, through cinema speakers. And what about Psycho? And Stalker? And The Umbrellas of Cherbourg? And Under the Skin?

Some will baulk at this, but it would be good, sometimes, to challenge cinema sound-level preconceptions. The great Russian director Aleksandr Sokurov wants his films played more piano than seems natural, but those who love loud gigs (I’m in the mosh) could challenge that natural, and argue that cinema sound levels could, in pre-advertised screenings, give it laldy. Cinemas can learn from the appeal of other things – churches, children’s parties and, yes, the wall of sound of contemporary music.

Related to Pump up the volume! Why we’re screening Atomic: Living in Dread and Promise LOUD