Not everything they teach at film school should be practical. How about a little Edmund Burke or nude figure drawing instead? 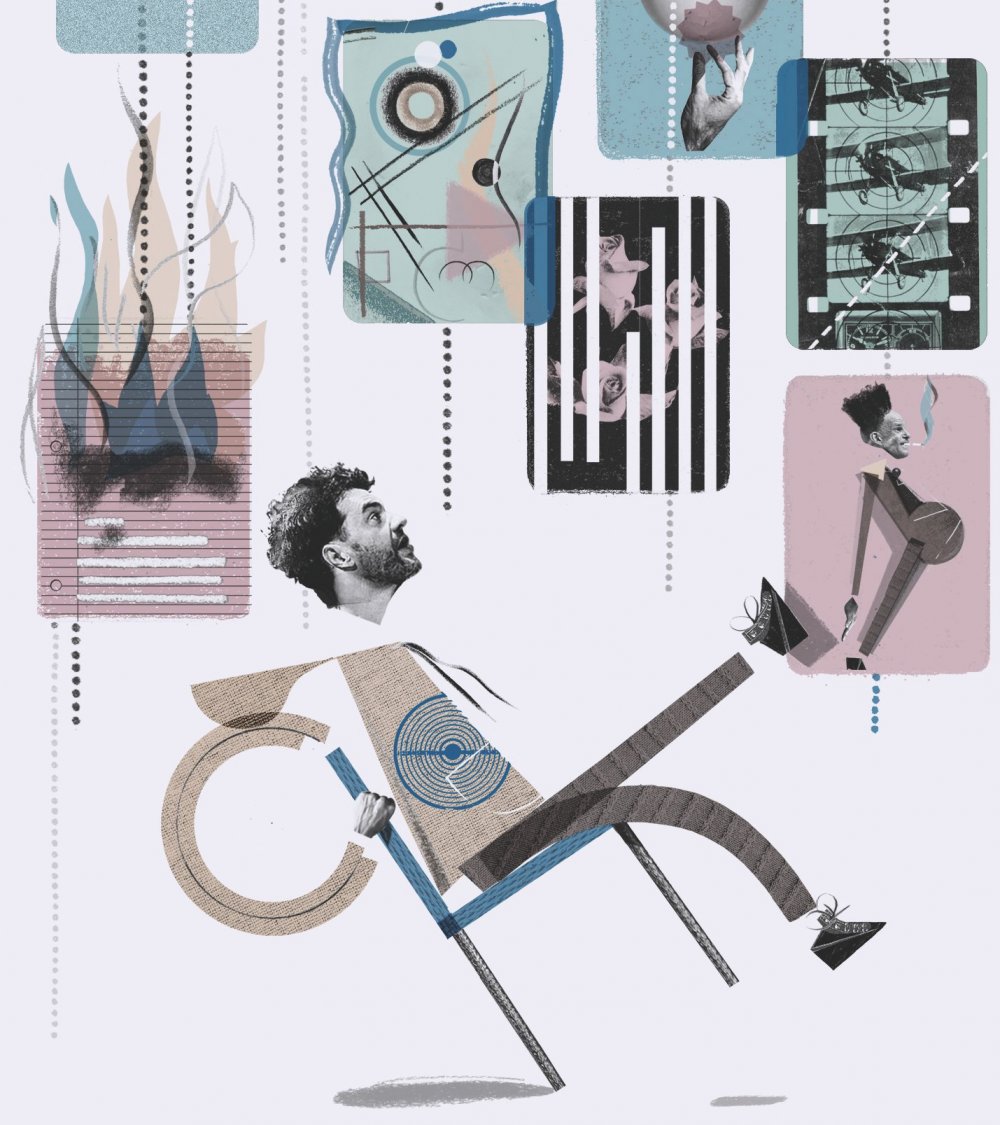 Should we plant a bomb under film school courses and see where the pieces fall? Might we fire university film studies courses into the sky, on a magnesium rocket, and see the smithereens fall to earth, like the man who fell to earth, like the climax of Nicolas Roeg’s Eureka, when Jack McCann finds his gold?

Lots of good things happen in film schools and on film courses, which are often taught by great people, but they have often, too, lost their senses. Literally. They teach about equipment and production, when their job is really to awaken in students a sensory response to the world. This matters now more than ever because there are hundreds of film courses in the UK alone, and if you count the number of them around the world, you’ll probably get into five figures. Add to this the little fact that there are now four-and-a-half billion mobile phone users, of which at least one billion have phones that can shoot moving imagery (a virus let loose by the Lumière brothers and Edison?) and you have strong reasons for asking how filming should be taught.

Below are my answers. As I’ve just read Werner Herzog: A Guide for the Perplexed, and been to the Bauhaus museum in Weimar in Germany, where radical ideas about teaching creativity and craft were developed, and since I’m lucky enough to have talked to Samira Makhmalbaf about the methods her father, Mohsen, used in Iran to teach his kids filmmaking, my suggestions are irregular.

My course would be called ‘50 weeks to learn film’. Like the great American theatre director and educator Peter Sellars, on day one, when the students arrive, I’d tell them that they’d all passed, but that now comes the hard part. Then, together, we’d pick up a pack of 50 cards, each of which has a week-long theme or project written on it. We’d shuffle the deck, and then lay them out in a row. That row of themes would be the course.

And what would the themes be? Deep breath:

1. A week on colour: Goethe’s ideas about contrasting hues, and the colours in shadows; colour in nature, in the beaches of Harris and Lewis in Scotland; costume and design in the movies of Jacques Demy.

2. Eyeline: Oliver Hardy looking at the camera, the eyelines of the Madonna in Russian icon painting (they look almost at the viewer but not quite), eyelines in the films of George Cukor and Ozu Yasujiro.

3. Wedding films: many of the most profitable films ever made (judged by percentage return on investment) are about weddings – The Wedding Banquet, My Big Fat Greek Wedding, Monsoon Wedding, Four Weddings and a Funeral, Muriel’s Wedding, Bridesmaids, Mamma Mia!. What can we learn from why they work?

6. Obsessive motifs: Scorsese on Lower Manhattan, Picasso on the face of Dora Maar, Lyonel Feininger on the church at Gelmeroda. The students choose a motif and make a different film about it every day.

7. Nature studies: Scandinavian films of the 1910s, the work of Albrecht Dürer, the writing of Rousseau.

9. Storytelling, blocking and emotion in 13th- and 14th-century Italian painting: Duccio, Cimabue, Giotto (including a trip to the Scrovegni chapel).

10. Walkabout: each student disappears, goes off grid, for a week, with no means of communication.

11. Other: each student lives a life or has an experience that is totally foreign to them.

12. Kick the truth out: The Emperor’s Naked Army Marches On, and how to show what you aren’t allowed to show.

13. The sublime: in Werner Herzog, Caspar David Friedrich and Burke.

15. The art of persuasion: how to charm officials to let you in to places (includes Herzog’s advice that you should always “carry bolt cutters everywhere”).

18. The mirth of nations: comedy cinema around the world.

20. Movement and blocking: in the films of Tsui Hark, King Hu and Orson Welles, and the paintings of Tintoretto.

21. Sound poetics: in the movies of Kira Muratova, Paul Thomas Anderson and Hitchcock, and the work of Walter Murch.

23. “What might never have been seen”: Films that showed lives that had never before been on screen – the work of Kim Longinotto, John Sayles, Anand Patwardhan and Kenneth Anger.

24. Voice, and how to find it: the distinctive look and feel of the movies of John Ford, Apichatpong Weerasethakul and Michael Mann, and the paintings of Francis Bacon.

25. Performance: A whole week on the film by Nicolas Roeg and Donald Cammell, which will include the students undergoing changes.

26. How to end a film: 2001, the endings in Ozu films, Claire Denis’s Beau travail, Imamura’s Tales from the Southern Islands, Antonioni’s L’eclisse, Billy Wilder’s The Apartment.

27. The psychology of crying: crying and pathetic fallacy, Douglas Sirk, trying not to cry, and the ending of It’s a Wonderful Life.

28. LSD: those students who want to, take acid and allow themselves, if they want, to be filmed. The experience then leads to studies of Kandinsky, musique concrète, surrealism, David Lynch, Maya Deren and Jonathan Glazer films.

29. Iconoclasm and media portrayals: a visit to Esfahan in Iran.

30. Interview: filmmakers conduct interviews and are, regularly, interviewed themselves. So this week is a study of the best interviews ever done, in film, TV, radio and print. The Paris Review, Paul Morley, Face to Face, etc.

31. Secret: a study of films with secrets, such as The Crying Game, Vertigo, The Usual Suspects, Kiarostami’s ‘Koker’ trilogy. How do plot twists, or style twists, work, and what are the best ways to do them? This week should, itself, contain an unexpected twist for its students.

32. The frontier: students go and live for a week on the island of Lampedusa, or another place of migratory movement where human rights are being abused.

33. Sex: how to do sex in cinema, looking at Courbet’s L’Origine du monde, the sex scenes in Jean-Luc Godard, Catherine Breillat and Souleymane Cissé.

34. Lubitsch: five of his silent masterpieces, and why they work.

35. Panic and calm: the psychology of fight or flight, and its opposite, and its depiction in story and cinema – Tsui Hark, Apichatpong, and the performances of Jack Lemmon.

36. The human face: how to look at it, film it, hide it, in the paintings of Rembrandt, the films of Rohmer, and the performances of Gong Li, Ruan Lingyu and Hideko Takamine.

38. Self: should I put myself into my film? The movies of Agnès Varda, François Truffaut and John Ford, and the writing of Virginia Woolf.

40. Silent: a week not speaking at all. “I tell stories not to speak, but to listen” – Rudiger Vogler in Alice in the Cities.

42. Costume and story: In the Mood for Love, The Conformist, Jezebel, The Red Desert, Throne of Blood.

43. Recut: re-editing great films that are flawed because of bad pacing or endings, or too many endings, or extraneous scenes – Steven Spielberg’s War of the Worlds, Kwaidan, the Brazilian film Limite, etc.

44. Rescore: great movie scenes given new sound and music tracks – the shower scene in Psycho, the ending of Tarkovsky’s Mirror, the opening of Scorsese’s Taxi Driver, the whole of The Jungle Book.

47. Death and grief: in The Ballad of Narayama, J-horror, Amour, Three Colours Blue, The Babadook, Gravity.

48. Watch Kieslowski’s Dekalog and ten films directed by Stanley Donen, alternating one of each.

49. The turning of the Earth: the magic moments of the year. A recap of what we have learnt.

50. Destroy: the students burn their notes from the 50-week course, and write the themes and outline for next year’s 50 weeks.

Phew. I’m tired just thinking that up, so the students would be exhausted studying it. I think. I hope.

But that’s the point. Such learning should be an overload, a deluge, an assault on the emotions, senses, values, skills. Maybe the above sound too otherworldly to you – and what would those who ratify educational courses think of it? – but it’s good to do a sketch to keep in mind as you ride the rapids.