Jackie review: portrait of the icon under the shadow

Pablo Larraín’s prismatic take on a newly widowed Jacqueline Kennedy Onassis explores the legend-cultivating icon, but doesn’t much lift the veil on anything human. 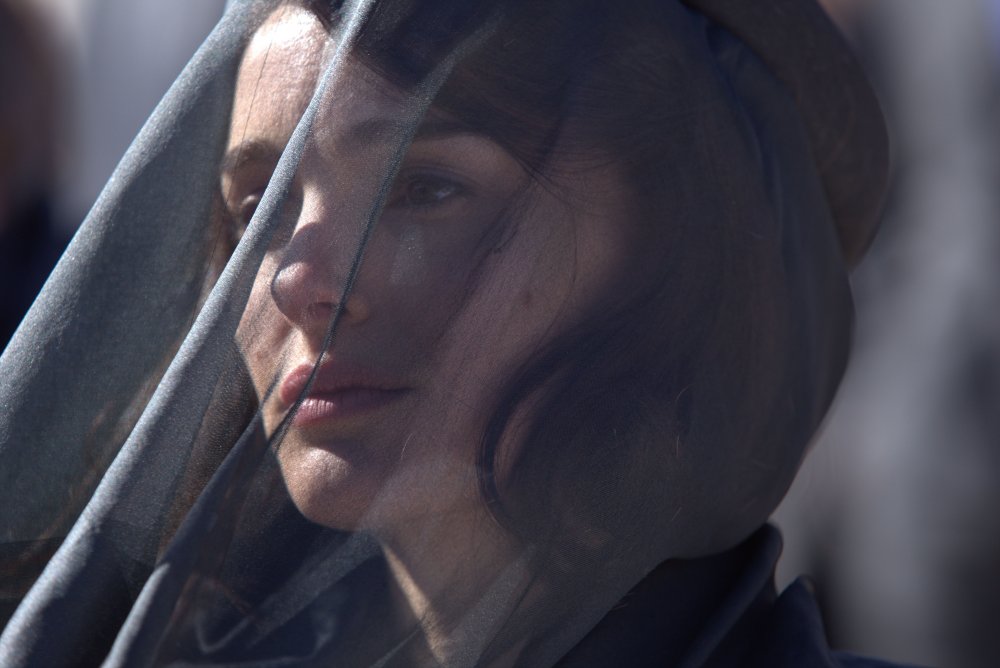 Neither Jackie nor Neruda, Pablo Larrain’s other film at this year’s TIFF, is a biopic per se. But both dramatise a period in the life of a significant twentieth-century figure, approaching the exercise with a mixture of artistic license and historical diligence. In the case of Jackie, this process is also what the movie is about: set in the aftermath of the assassination of President John F Kennedy in 1963, the film scrutinises how the now ex-First Lady instinctively moulds the JFK legend and legacy both in how she comports herself and her insistence on how the funeral arrangements will be conducted. It’s a portrait of a woman who paradoxically assumes authority at the very moment when she loses everything: her husband, her status, her home.

Screenwriter Noam Oppenheim’s point of entry is an interview the widow grants to a Life magazine reporter a week after the funeral. It’s a hackneyed if pragmatic storytelling device, familiar from assorted Peter Morgan scripts (The Queen seems especially pertinent, given the parallels with Princess Diana’s death). Billy Crudup’s oddly assertive performance as the journalist (unnamed here but based on Theodore H White) arguably tips these scenes off-balance; although Jackie has secured editorial control over the article he will write, his interrogation seems unaccountably unsympathetic in the circumstances and the movie never makes clear that White got the assignment on the basis of friendly interviews in happier times. Jackie’s purpose was to get the legend in print, and she was extraordinarily successful in that regard, establishing the glamorous Camelot mystique that still clings to the Kennedy era. (As he demonstrated in No, Larrain has an interest in media manipulation and propaganda, though the movie doesn’t exactly dispel the myth either.)

Flashbacks put us on Air Force One both before and after the shooting, in the White House as Jackie overrules security concerns and maps out a memorial procession modeled on Lincoln’s, and earlier, on the famous occasion when she invited TV viewers into “the nation’s home”, a landmark development in television’s hold on the American consciousness (as were the shootings of JFK and Lee Harvey Oswald, of course). In yet another rather thinly written strand she confides in a priest (John Hurt) about her marriage and despair. 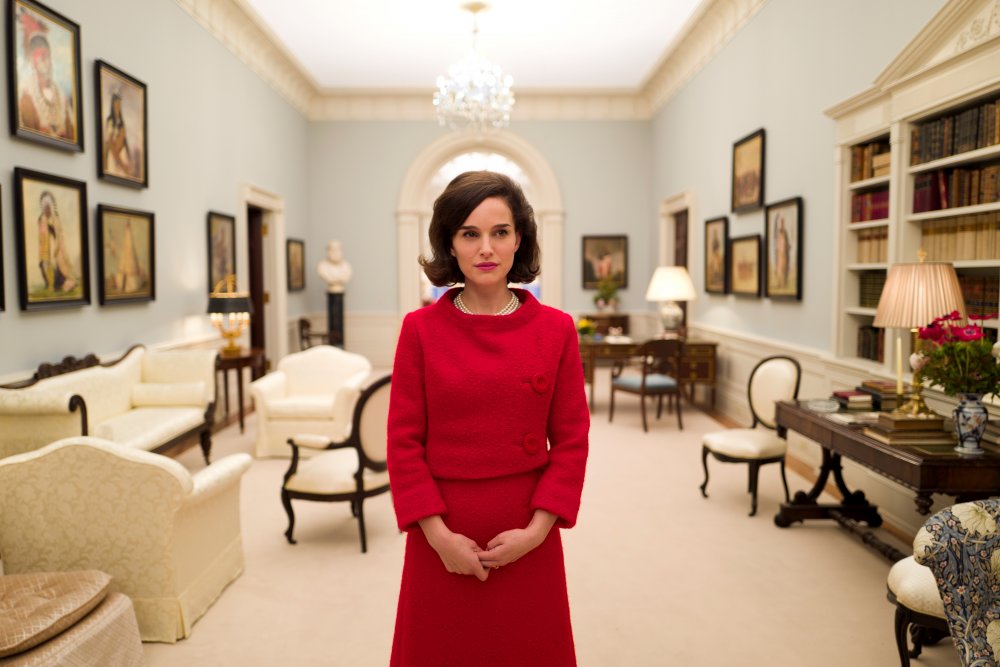 To its credit the movie doesn’t give us one definitive Jackie, but several variations: controlled, stunned, angry, resourceful, arrogant and uncertain; wife, mother, widow and keeper of the flame. To the extent that these roles demand different strengths, the movie becomes a critique of the circumscriptions that kept women in their place in the early 1960s, even if that place was the White House.

Natalie Portman suggests a tasteful, sensitive enigma, schooled in comportment – always impeccably coiffed and elegant – who appears to have welcomed the public eye almost as an escape from introspection. She understands social decorum, and how to wield it to her advantage. Enunciating with charm-school finesse (and a hint of Marilyn Monroe breathlessness), this is woman as construct, a former debutante designed to ornament her husband’s arm and embellish his home – now abandoned to her own devices in the cruelest circumstances. In some of the most vivid sequences Jackie wanders through the corridors of the White House dazed and alone, Mica Levi’s violent, tremulous score a powerful expression of her inner turmoil.

Still, while it’s certainly of interest, this predictably grim, grainy, gloomy movie only periodically splutters into life. A broader scope might have paid more than lip service to whatever Jackie experienced outside her husband’s shadow and allowed some light into the corners, while a straightforward chronological structure might have done more to crystallise Jackie’s transitions from shock and anguish to resolve. Critically, Larrain neglects to convey how the entire nation went through similar emotions in those hours and days with Mrs Kennedy as its focal point… For a film about the death of a president and the birth of a myth, Jackie feels disappointingly small-scaled and emotionally remote.

Related to Jackie review: portrait of the icon under the shadow