Five of the best at the 2018 Manchester Animation Festival 2018

From the UK, Poland and the Low Countries, here are five highlights of Manchester’s budding animation extravaganza – four now headed to London’s equivalent festival, and one available for free on BFI Player. 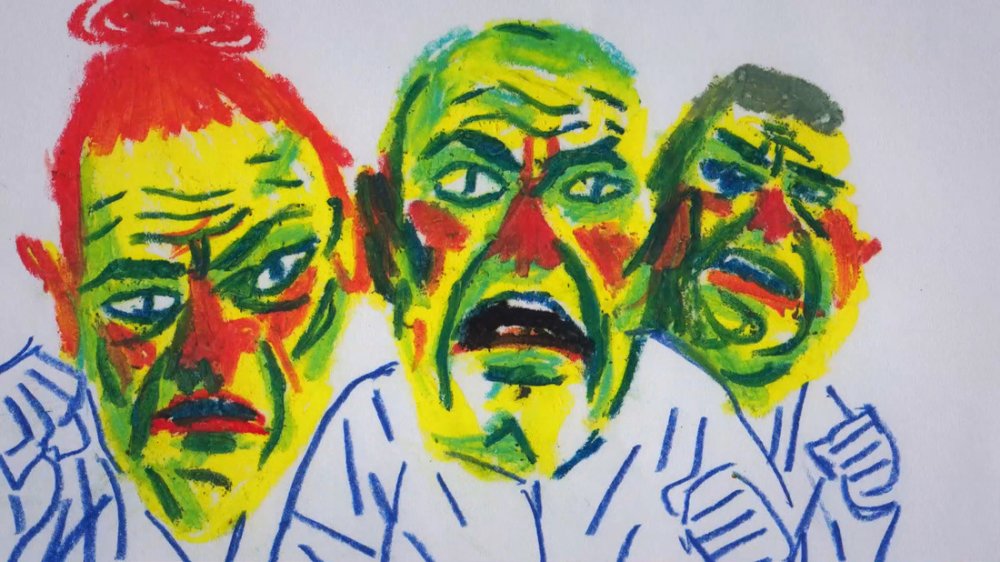 The worker bee is an emblem of Manchester, that great icon of industry. It’s also the logo of the city’s young animation festival, which turns the HOME cultural centre into a hive of happy activity come November. When the Bradford Animation Festival closed in 2014, this one took up the mantle, and it has grown steadily across its four years.

Apart from This Magnificent Cake!, these films will all play at the London International Animation Festival, which runs 30 November to 9 December 2018.

Other festivals in the UK serve up more films, but Manchester has a peerless range of industry panels and events, some of which focus on the booming regional scene. This year, students and professionals flocked to talks by the likes of stop-motion maverick Barry Purves and the British creatives behind Isle of Dogs. They heard about the enduring cases of sexism in the industry, and the enormous importance to world animation of local puppet studio Mackinnon & Saunders (which also designed the festival’s apian award statuettes). Meanwhile, I explored the film programme. Read on for my five highlights.

This year’s programme wasn’t short on punchy narratives or flashy aesthetics, but the top prize went to the quietest film in competition. Bloeistraat 11 is a delicate dialogue-free portrait of two girls whose friendship is tested by the onset of puberty. These vulnerable characters are depicted as translucent plastic cut-outs, and the house they inhabit is a childlike bricolage of cardboard and fabrics; every material makes intuitive sense within the story. Above all, the film stood out for its sheer emotional honesty.

Deutz was trained in the fine arts, and this is her first stab at animation. It’s a striking debut, at once innovative and restrained, and it deserves all the awards it’s picked up so far.

If proof is needed that animations about mental health – a burgeoning genre – resonate with viewers, here it is: Manchester’s Audience Award went to this searing student work from the National Film and Television School.

A man sits alone in a pub, intimidated by the lively crowd around him. Flashbacks give some context to his social anxiety. The simple narrative gets a complex visual treatment: live actors were filmed wearing masks, on which giant plasticine faces were digitally superimposed. Animated in stop motion, these grotesque mugs express the characters’ inner turmoil, while also evoking the almost visual distortions that can accompany panic attacks. Facing It is a triumph of compositing, and a testament to the technical resources available to NFTS students.

In a vast metropolis, a solitary man runs through a series of near-encounters with a woman. The film cuts back and forth between their storyline and a shifting geometric patchwork, in which the characters are represented by abstract shapes; precise sound design helps to establish the correspondences between the two worlds. All big cities seem to be governed by a chaotic order, and the patchwork analogy elegantly expresses that paradox.

The film is hypnotic. Specht’s works are all poised between narrative and motion graphics; at 27, the prolific Pole already has a signature style. I think she’ll go far.

Clubbers in Wakefield, Plumbers in Whitby, cyclists in Bingley – in the fanciful realm of animation, such mundane scenes almost come as a shock. But then Armitage is no ordinary animator, committed as he is to socio-political themes. That Yorkshire Sound was commissioned as part of Listen to Britain 2017, a (mostly live-action) series launched by the BFI and BBC to document the nation’s diversity. Armitage, a Yorkshire native, roamed his home county, recording everyday sounds; these serve as the basis for fleeting animations in oil pastels and watercolours. The result is an exquisite travel sketchbook brought to life. Armitage’s images are at once brashly spontaneous and keenly observed – see for yourself.

If it’s rare to see animators tackle political subject matter head-on, it’s even more unusual for them to approach it with the satirical swagger of this work. This Magnificent Cake! is a 44-minute anthology film about Belgium’s brutal colonisation of the Congo. Rather than linger on historical details, de Swaef and Roels show us the characters’ dreams and deliriums, so as to convey something of the sheer madness of the imperialist project. Think the final act of Apocalypse Now (an obvious reference point, along with its source novel Heart of Darkness), but with wool puppets. The story’s surreal twists didn’t work for everyone, as the post-screening Q&A with Roels made clear. To my mind, the film is a daring, impeccably animated masterpiece.