The best short films at Cannes 2018

The shorts selections in the Competition, Cinefondation, Quinzaine and Semaine offered up miniature marvels that sometimes exhibited more craft in a matter of minutes than some visionaries were able to realise in a much meatier runtime.

The trailer for All These Creatures, Charles Williams’s 2018 Palme d’Or-winning short

At the official ceremony, the Palme d’Or for Best Short went to Charles Williams’s All These Creatures. Shot on 16mm, it’s a film dealing – like several features in the main programme – with themes of parenthood and coming of age, refracted through an adolescent perspective. What sets Williams’s piece apart is a sense of wonder in the smallest details, captured with acuity by DP to watch Adric Watson.

The trailer for Marta Pajek’s III

Another Competition highlight was Marta Pajek’s Polish animation III. As spidery black lines stretch across a blank white screen, the corners of a corridor gradually take shape, leading us to two figures fighting over a full body-covering pelt of hair (reminiscent of the ‘kukeri’ from Toni Erdmann). The surrealism of seeing characters fight over a gothic Cousin Itt costume translates with surprising physicality via the sound work of Michał Jankowski, ensuring we’re never held at a distance. It’s a sensual film, with Jankowski’s work evoking a trailing hand across the shoulder, hair being brushed away from your eyes… and fingers violating a neck. This makes for a heightened and hairy sensory experience, scrutinising the trade-offs we make in our closest relationships. There’s always a tangle around the next corner.

The trailer for Marta Magnuska’s Inny (The Other)

Another standoutPolish animation (this time appearing in the Cinefondation, the category for student shorts founded by Gilles Jacob) is Inny (translated in English as The Other – sad news for those hoping for a disquisition on belly buttons). Magnuska’s itchy watercolours find an increasingly frenzied crowd anticipating the arrival of a curious stranger. The pleasure of Magnuska’s work lies in its non-committal thrumming Rorschach stylings, from simple monochrome line drawings through to a furiously-etched crimson finale. 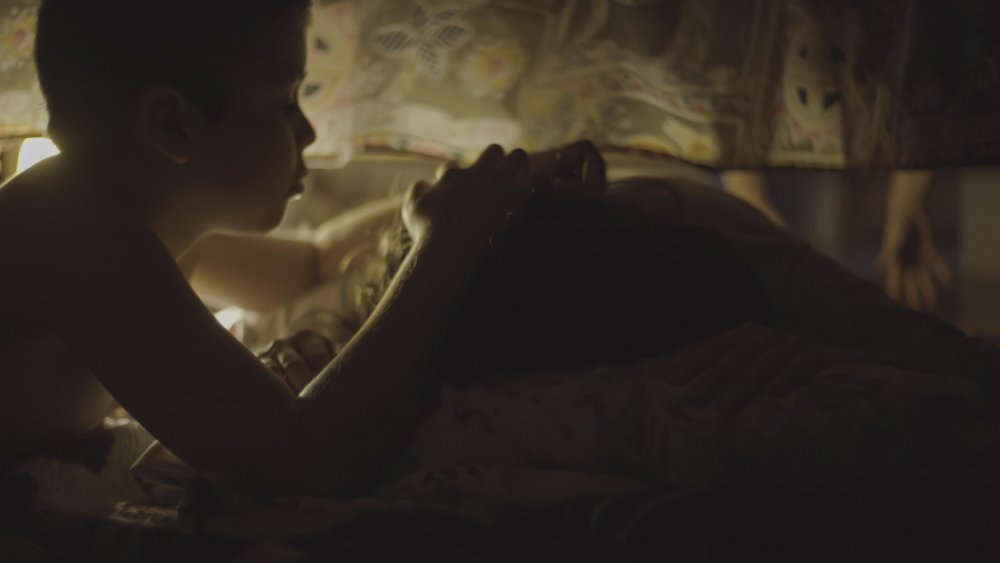 The Cinefondation’s First Prize was awarded to Diego Céspedes’s The Summer of the Electric Lion (El Verano del león eléctrico), based on the story of a Chilean prophet who gained a cult-like following for his supposed electrocuting powers. Céspedes’s focus, however, is not on the prophet himself but a young woman and her even younger brother, Alonso, played by Gaspar Santibañez, who offers authentic empathy and contrast to the story’s grimy patriarch. It’s powerful to see this figure re-framed from the angle of those he exploited, but the static wide shots of the shimmering heat drag, suggesting that some summers can last too long.

The trailer for Igor Poplauhin’s Calendar

Bertrand Bonello’s Jury divided the Second Prize between Shen Di’s The Storms in Our Blood (Dong wu xiong meng) and Igor Poplauhin’s Calendar. Taking the Third Prize, NFTS graduate Lucia Bulgheroni’s Inanimate announces an exciting new voice in animation. It’s disguised as a DIY stop-motion film in the style of an ambitious Blue Peter craft project, but over the course of just under six minutes Bulgheroni’s pipe-cleaner people emerge from a knowingly twee narrative into something approaching existential horror. The result is a remarkably assured mixed-media meditation on the relationship an artwork has to its artist – and beyond that, the role a person has to their creator, in whatever medium they appear. 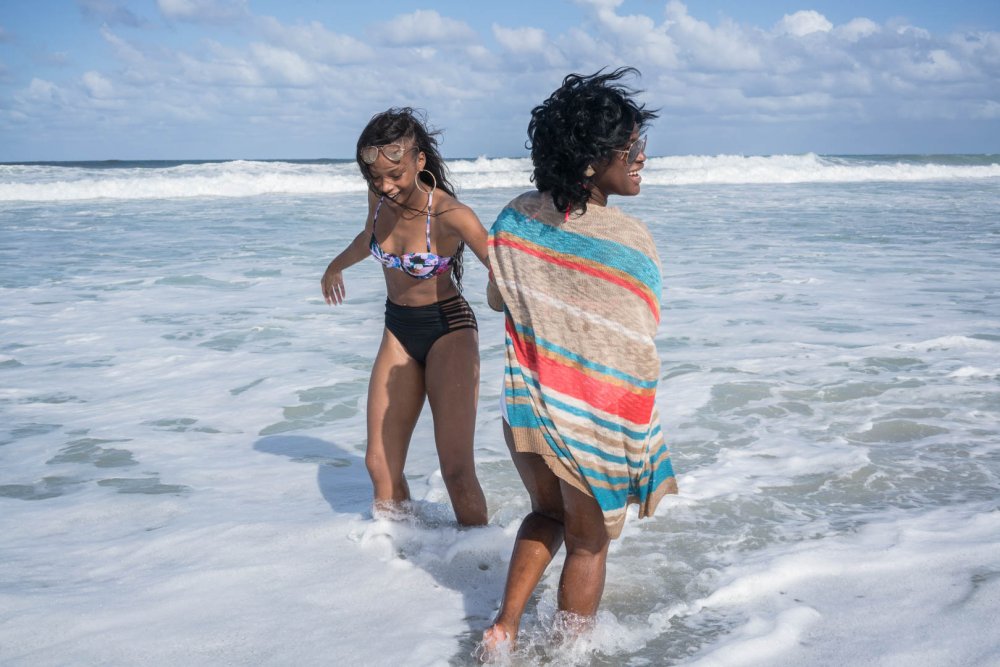 A still from Patrick Bresnan and Ivete Lucas’s Skip Day

In the Quinzaine, Patrick Bresnan and Ivete Lucas’s observational documentary Skip Day (the hotly anticipated follow-up to their brutal-but-delicate festival favourite The Rabbit Hunt) took the Illy Prize – and rightly so, with a naturalistic and human approach to Floridian teens skipping school to head to the beach. You could crassly summarise it as ‘Spring Breakers for real’, but that would do a disservice to the filmmakers’ keenly humanistic approach, which embraces adolescent awkwardness as warmly as their excesses.

The trailer for Emma De Swaef and Marc James Roels’s The Magnificent Cake!

Another clear highlight of this year’s Quinzaine called into question the practice of separating shorts and features. At 44 minutes in length, and boasting production values and storycraft that could put many a feature film to shame, This Magnificent Cake! (Ce magnifique Gâteau!) is an extraordinary work. In five inter-connected chapters thematically and tonally reminiscent of the work of Roy Andersson and Miguel Gomes, Belgian filmmakers Emma De Swaef and Marc James Roels craft a tragi-comic stop-motion masterpiece featuring a clarinet player, a capricious king and a snail in a toupee. It seduces us with laughter before puncturing the joke every time with a sly reminder of the fundamental absurdity of our mortality.

The trailer for Tiphaine Raffier’s The Song

Quinzaine was undoubtedly the most exciting strand for ambitious short-form work this year. In addition to This Magnificent Cake! and Skip Day, Tiphaine Raffier’s fleet-footed The Song (La Chanson) somehow managed to be part-anthropological documentary, part-ABBA tribute and part-spoken word ode to fading technology, with just a pinch of environmental apocalypse – all in 31 minutes, every one of which was justified.

The trailer for Jacqueline Lentzou’s Hector Malot: The Last Day of the Year

Semaine’s 2018 short film selections felt slightly more modest. The Leica Cine Discovery Prize went to Jacqueline Lentzou’s Hector Malot: The Last Day of the Year, a portrait of a young woman which captures everyday audio-visual moments – the sound of a friend losing themselves in laughter, an unselfconscious solo singalong to Roxy Music, the curl of a wisp of hair in the nape of a neck – and pins them down with the precision of a butterfly collector.

The trailer for the Giger brothers’ Schächer

Other Semaine notables included Charline Bourgeois-Tacquet’s wittily-scripted Pauline Enslaved (Pauline asservie), dealing with the politics of texting a lover, and the Giger brothers’ Haneke-esque Schächer (an affecting but eerie character study built around an understated performance from Ernst Jacobi). Both had the feel of filmmakers ready to deliver feature debuts. Indeed, Swiss siblings Flurin and Silvan Giger, whose debut short Ruah played at Venice in 2016, are working on a feature for 2019.

However, in a year boasting short-form work of the calibre seen at the 71st edition of Cannes, it’s never felt more wrong to regard shorts simply as calling cards or precursors to longer work; these are films in their own right.