The three award-winning shorts at Cannes all told stories about the distance between parents and children, and revealed some exciting directorial talent to watch. 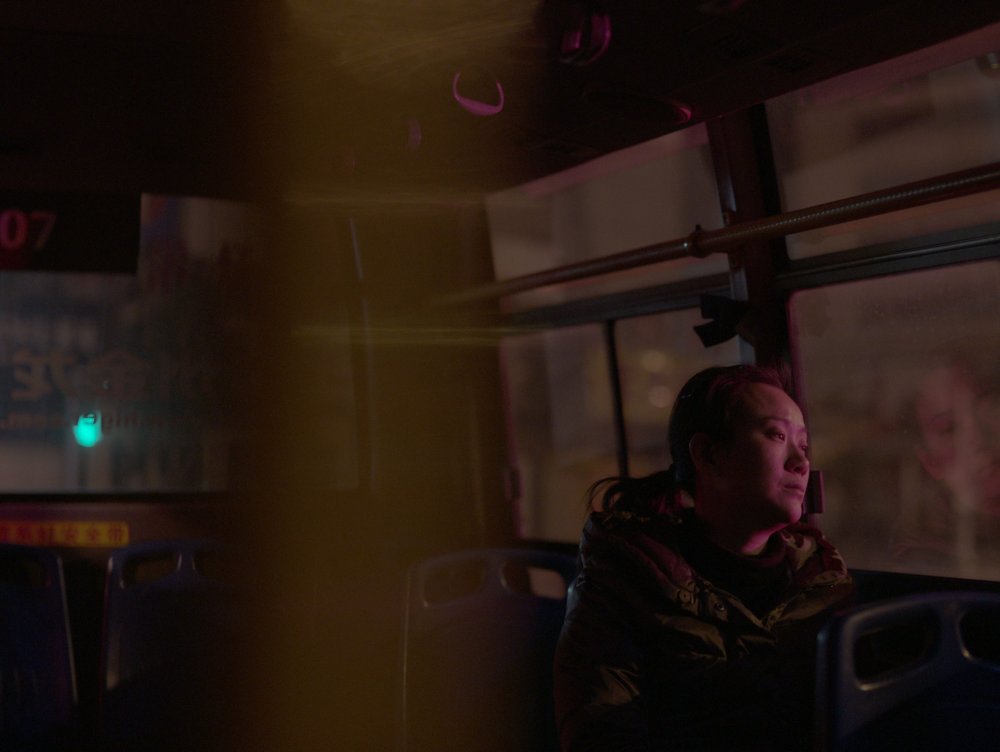 Teenage angst loomed large among the short films screened at Cannes in 2017. Tales of teens shooting their parents, attempting suicide or suffering from withdrawal combined to paint a picture of a generation consumed by ennui and nihilism, lost in the maelstrom of world events. While the prize-winning shorts avoided these themes, they all do manage to focus on a disconnect between generations.

The Best Fireworks Ever 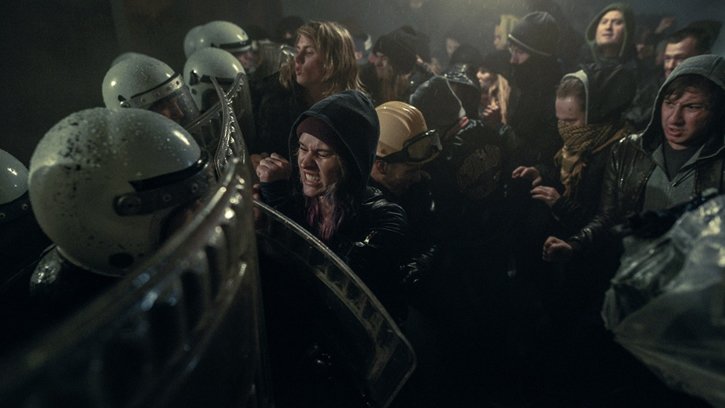 Over in Critics’ Week, the Canal+ Award for Best Short went to Polish film The Best Fireworks Ever by Aleksandra Terpińska.

Terpińska is already well regarded across the short film festival circuit thanks to films such as All Souls’ Day (2012) and Chicken (2013), which both focused on young people trying to find their place in their world. Her latest film carries a much more cynical and nihilistic tone than these previous works.

Set in the near future in a Poland beset by riots and a government determined to quell the unrest, the story features three people in their early twenties who are trying to make sense of a world gone mad. When Jan receives his call-up papers he is convinced that he’ll be able to avoid the military – but when a state of emergency is called, he finds himself in uniform amid a group of his peers all shouting nationalistic slogans. When the riots erupt around them he runs away into the night with friends Ju and Anna for a night of terminal hedonism.

Filming in a raw and urgent style, Terpińska presents us with a world in which destruction is inevitable and any attempt to make a difference is wasted. A moment in which Ju – a trainee doctor – talks to Jan with a crash team frantically attempting to revive an injured riot victim in the background emphasises the characters’ hopelessness and lack of of control.

The closing moments of the film – filled with dancing, drugs, sex, pounding music and flashing lights – are both exhilarating yet bitter: these people are staring into the abyss, but they may as well enjoy the sensation of falling before the devastating impact. This is an angry and powerful work – undoubtedly a reaction to the current rightwing Polish government – with some strong performances, especially from rising Polish star Justyna Wasilewska. 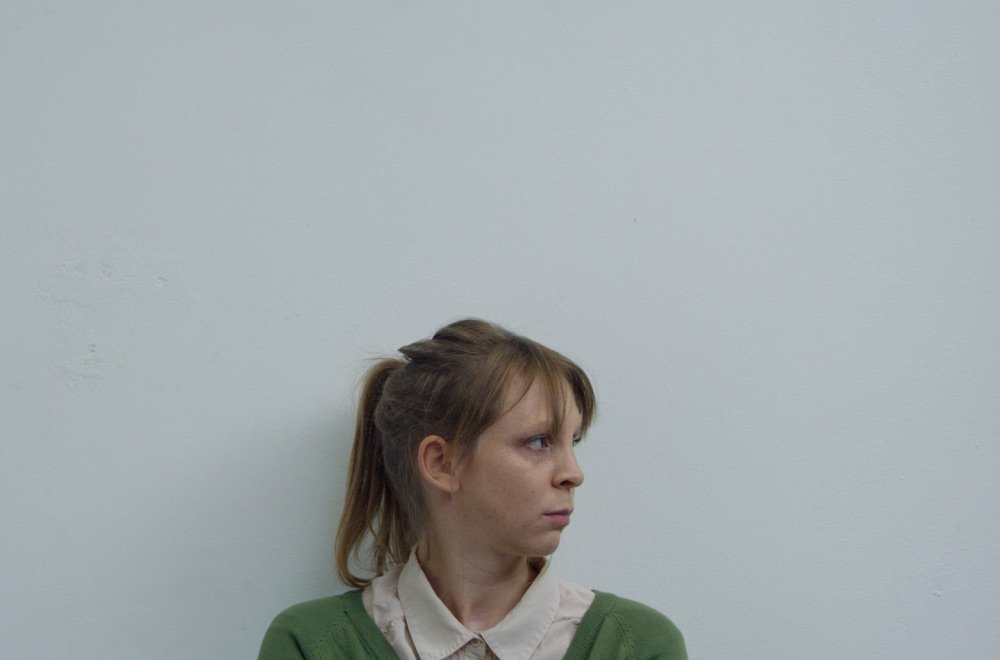 The film sets out its surrealist stall from the very first moments as young protagonist Jeanne sits in a closed tumble dryer, breathing on the glass. This striking image is indicative of the faint absurdity and sense of isolation that will follow. As she returns to her flat she meets middle-aged Paul, stood outside her door. Paul makes himself at home and follows her to her work.

The exact nature of their relationship is never truly defined. At some points there’s a sense of sexual tension between the two, while other moments suggest a familial connection. During a scene at a seedy bar, Paul identifies himself as her father but there’s a suggestion that he is merely playing games to impress another girl (and Jeanne only ever refers to him by his first name). Later on, they dance closely with each other, blurring the boundaries that define their relationship once again.

This ambiguity between their connection is both intriguing and uncomfortable, suggesting a duo unable to come to terms with who they are and how they relate to the rest of the world. The surreal tones within the film are handled well by Maurel, whose style seems to be influenced by Roy Andersson. The Cinéfondation prize comes woth a guarantee that the director’s first feature will screen at Cannes and it will be interesting to see in which direction she heads next. 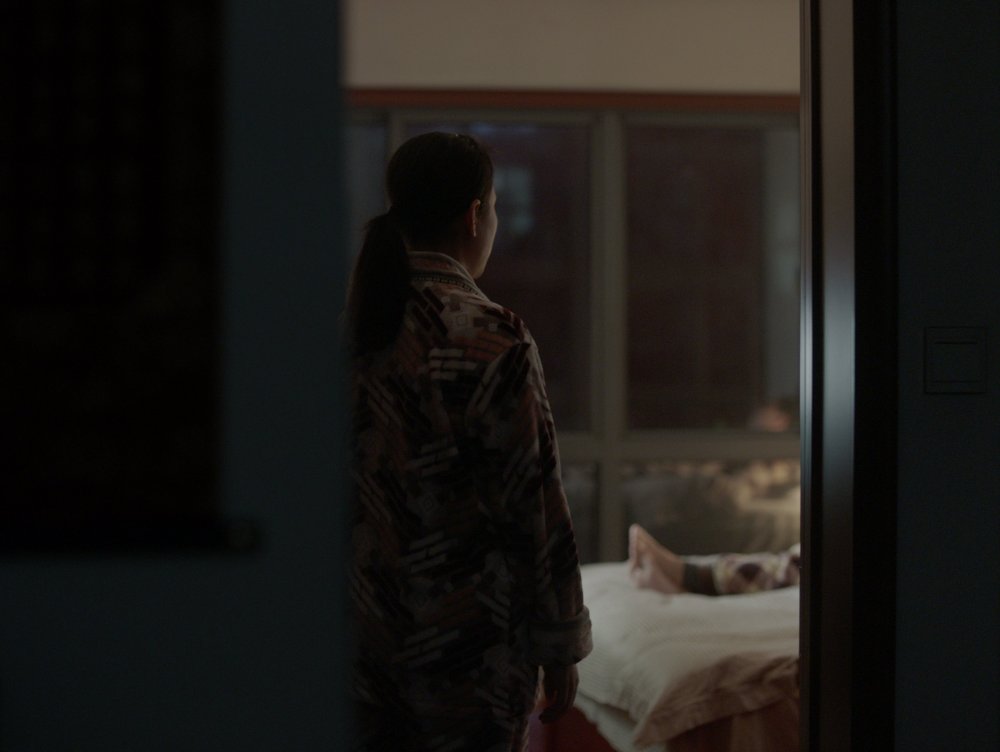 Qiu Yang’s A Gentle Night received the Palme d’Or for Best Short Film. It is an elliptical study of one night in the life of a mother whose teenage daughter has gone missing.

The film begins with both parents reporting their daughter’s disappearance to unsympathetic police officers, but it soon becomes apparent that the mother is the only one who is genuinely concerned – which is partly brought on by guilt for hitting her child. She soon finds herself alone on the streets looking for her girl.

The film is very much about those moments in which individual experience is subsumed by an indifferent world. When the mother visit her daughter’s teacher, the camera remains static outside a block of flats. As the mother walks up the steps, dwarfed by the windows and balconies, she finds herself in an argument with the teacher who does not want to get involved because “people talk”. As the row becomes heated, lights go on and people stare through their windows – the mother’s despair has been reduced by the rest of the world to an embarrassing annoyance. Later, when tragedy becomes a real possibility, fireworks erupt around the mother, as if to mock her distress.

Qiu (whose short Under the Sun played the Cinéfondation section in 2015) here makes fine use of the short form. A Gentle Night eschews excessive exposition and ends on an ambiguous note; tiny moments at the beginning of the film soon swell in significance, creating a tightly controlled character study.