Aditya Ahmad’s top Venice prize-winning short is an intriguing and refreshingly joyful exploration of gender identity and details that defy expectations – and not the only great find at the 2018 festival. 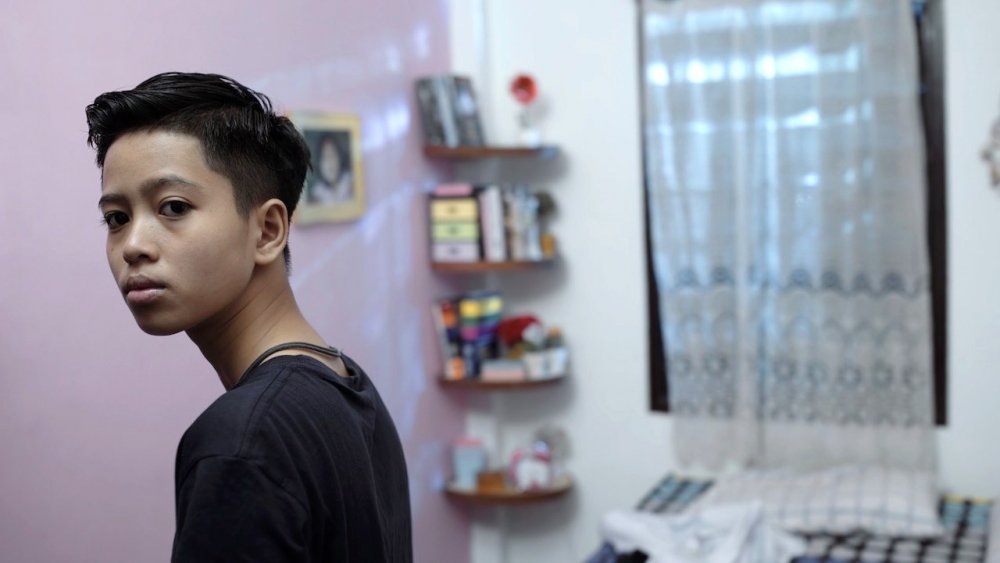 Kado (A Gift), this year’s winner of Best Short Film at the 2018 Venice Film Festival, is a carefully constructed examination of gender identity and teenage friendship that eschews melodrama for moments of quiet transcendence.

The Indonesian film, directed by Aditya Ahmad, plays with audience expectation. We begin with androgynous teenager Isfi (Isfira Febiana) hanging out with the boys, making plans for the birthday of his or her friend Ricky with a view to “finding him a girl” to make his day special. It’s a typical scene of fun and friendship with the tang of youthful braggadocio.

Isfi dashes off to join a girl called Nita and spend the night with her and family. Before entering the family home, Isfi has to put on a hijab and it becomes clear that our protagonist is female and – at least in the presence of adults – must confirm to strict gender expectations. With the air of realism throughout the film – the shaky camera and rundown locations giving everything a documentary sheen – this reveal never comes across as a cheap trick. Instead it feels natural and organic, as Isfi slips between identities and expectations. 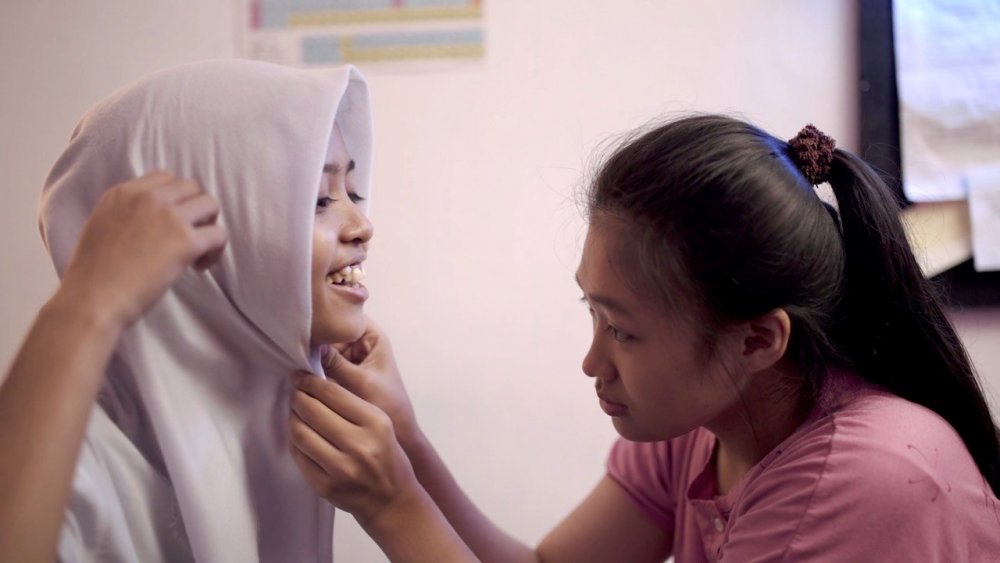 As much as Kado is an exploration of Isfi’s identity, it is also a meditation on the generation gap and an almost utopian view of teenage friendship. The only adult presences in the film are disapproving at best and violent at worst when it comes to Isfi: her father slaps her, reminds her that “She’s a girl” and should be doing the cooking. But her friends are welcoming. While it’s never made 100 per cent clear if Isfi’s male friends know her biological gender, her comfortable banter In the opening scenes indicates acceptance.

Later discussions between Nita and Isfi – talking about hopes and desires – have the same comfortable feel, which speaks of unconditional friendship. Once again, audience expectations are subverted when we see Isfi furtively loiter by Nita’s cupboard as she has a shower. The later reveal – that Isfi has left a gift for Nita’s birthday as a surprise – plays with the inherent melodrama that films dealing with such issues can offer. In this regard, Kado is a clever use of the short form – it’s not a film about huge events such as ‘coming out’ or personal revelations. It’s made up of details that have enormous resonance.

While there is a general sense of hope, the film ends on something of a bittersweet note. As Isfi finds herself back with her male friends, they drive around looking for a woman to “give” to Ricky on his birthday – a marked contrast to the earlier gift given by Isfi to Nita. As they reject one, with mocking cries of “ladyboy”, Isfi’s smile starts to fade. There is a suggestion that embracing masculinity, and heading into adulthood, will come with an almost inevitable loss of tolerance.

Febiana is superbly understated in the lead while Ahmad’s direction is subtle yet affecting and Kado is a deserving winner in a year in which the shorts on offer in Venice were generally strong.

Among the other highlights was Greek film Patision Avenue, directed by Thanasis Neofotistos, about a woman struggling to get to an audition while dealing with her child. It’s technical marvel: one continuous shot following our protagonist as the situation – an impending riot in one of Athens’ most notorious areas – spirals out of control. There’s a hint of satire too, with the needs and hopes of the individual put at odds with the need to help others. Patision Avenue is a clever and often tense work.

Much praise should also be given to Corina Schweingruber Ilić’s documentary All Inclusive, which examinations how life on a cruise liner becomes a microcosm for consumer society. With an eye for carefully composed shots of grandiose structures on the liner, Ilić plays with ideas of excess and nature versus artificiality – all within ten minutes.