TV or cinema? When Britain’s slyest small-screen inquisitor teams up with the two-time Oscar-winning producer of crossover documentary features, which way does the result lean? 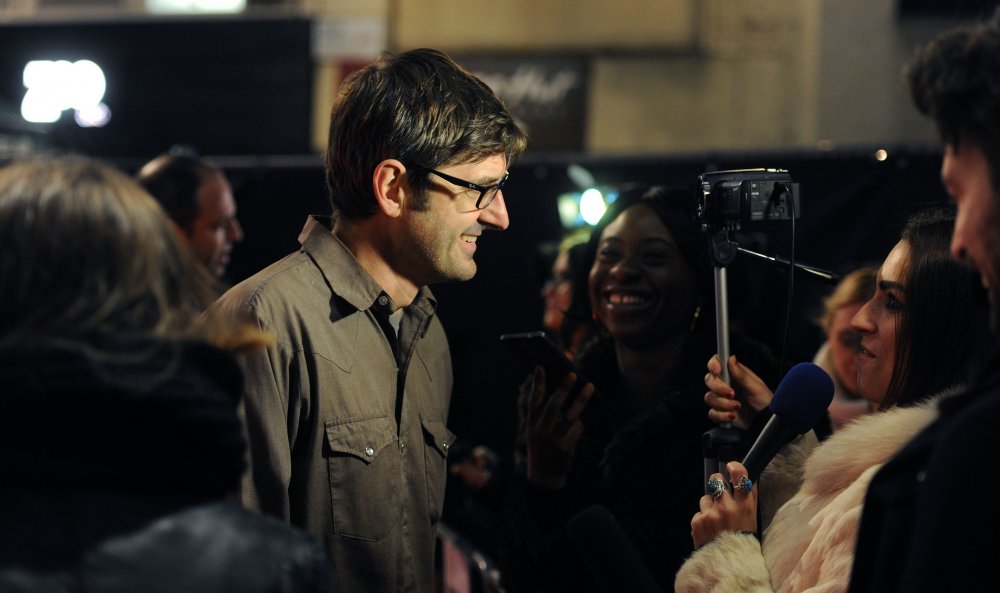 Monday 12 October, at the midpoint of the 2015 London Film Festival, Louis Theroux and Simon Chinn took to the stage of the main cinema in London’s Picturehouse Central to ruminate on the points of difference and areas of overlap between cinema and television documentaries. At a time of increasingly converging platforms, with Netflix and other streaming services making bold incursions into both media, it’s a timely, large and complicated issue, and Theroux and Chinn are well qualified to provide some clarifying insight. Brought together under the LFF Connects banner (the festival’s new strand of industry talks), Theroux, the BBC presenter whose brand of guileless charm disguises a canny and probing journalistic intelligence, was there to talk about the medium that made his name, while Chinn, producer of the award-winning Man on Wire (2007) and Searching for Sugar Man (2012), is a leading figure in the wave of feature-length documentaries hitting cinemas in the past decade.

Chinn and Theroux are entertaining speakers, and the hour-long event, confidently moderated by Francine Stock, was generally absorbing and occasionally revealing. The most interesting aspect revolved around the differences between retrospective documentaries – those that chart a historical event, like Man on Wire or Project Nim and have so far been Chinn’s stock in trade – and Theroux’s investigative, events-driven ‘present-tense’ work. The latter, Chinn conceded, relied “on a lot of luck” and were more risky propositions, which led to some teasing from Theroux that Chinn, for all his Oscar success, had chosen an easier route.

But on the central point, what makes a cinema documentary distinct from one on television, Chinn and Theroux failed to offer much illumination. For Chinn, ever the producer, the difference came down to financial brass tacks: what makes a documentary a theatrical movie, he said, “is people’s willingness to go out and pay to see it.” He and Theroux went on to attempt to finesse the blunt logic of this point by exploring the formal properties of each medium. Cinema docs tend to have a bigger sense of scale than their small-screen equivalents. Cinema docs tend to feature subjects with a greater international resonance (partly, Chinn suggested, because of the exigencies of global funding and distribution). The subject of most hour-long TV documentaries wouldn’t sustain a 90-minute running time. 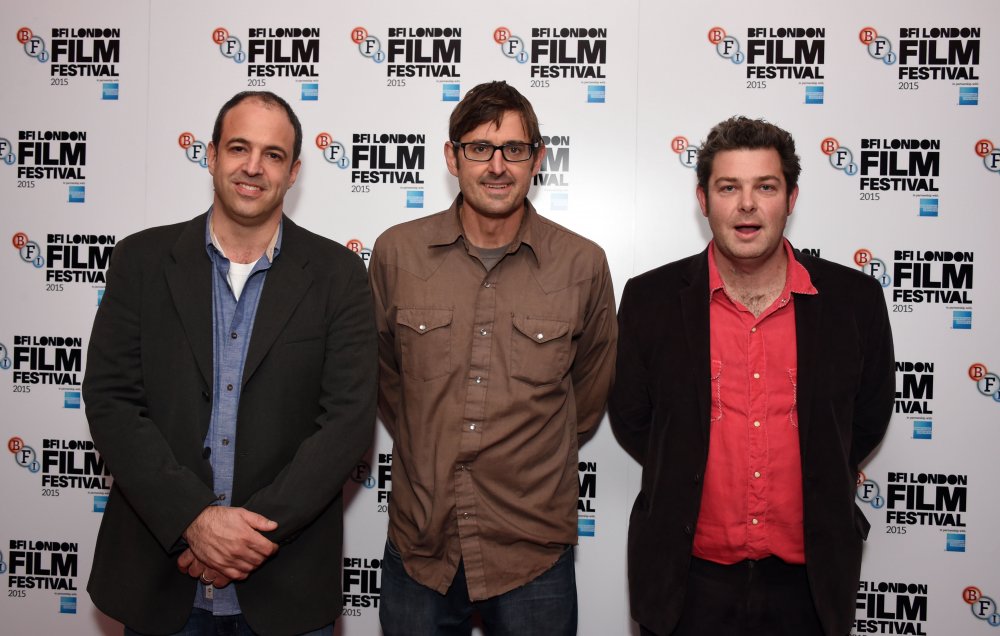 Much of this was pretty vague, or a retread of the obvious or prescriptive. Theroux referred on several occasions to the importance of the ‘third act’ in cinema documentaries, a remark that speaks to a fairly orthodox approach to storytelling. Nothing wrong with this per se – and in fact Chinn’s films are outstanding, beautifully crafted examples of this classical form. But some of the most notable cinema documentaries of recent years are those that eschew this conventional narrative model. Just one recent example. Manakamana, with its series of fixed-camera shots inside a cable car in Nepal, demands to be seen in a cinema for its durational and visual pull – on the small screen, it would be a much diminished experience – and yet it owes little to the strictures of a three-act setup.

Chinn and Theroux’s remarks were more focused when applied to specific films, and the film that was mentioned most during the event was My Scientology Movie. Produced by Chinn, this is Theroux’s first film intended for a theatrical release. It’s a clever, often eye-opening investigation into Scientology, especially the rough management stye attributed to its leader David Miscavige; it’s sometimes as disturbing as Alex Gibney’s recent documentary Going Clear: Scientology and the Prison of Belief, and certainly a lot funnier. Decamping to Los Angeles, Theroux joins up with ex-Scientologist Marty Rathbun – a former high-level official turned whistleblower whom Theroux charms into making revealing disclosures through his signature blend of affability and needling directness – and uncovers some of the brutal practices allegedly carried among the Church’s higher echelons.

My Scientology Movie is a work of teasing, layered provocation. Under the watchful guidance of Rathbun, Theroux auditions little-known actors to play Miscavige and other senior Scientologists in reconstructions of Miscovitch’s interviews, writings and events alleged by Rathbun and others. Elsewhere these actors demonstrate some of the techniques Scientologists employ to attract and retain new members. Theroux cited The Act of Killing at the LFF Connects event as an influence. That seems a bit of a stretch – My Scientology Movie is a far less radical work – but these staged sequences with jobbing actors do suggest the way performance and role-playing figure in the cult-like programme of indoctrination that Scientology’s critics accuse the Church of operating. A running gag involving a Tom Cruise impersonator is also a nod to the Church’s smart use of celebrity. 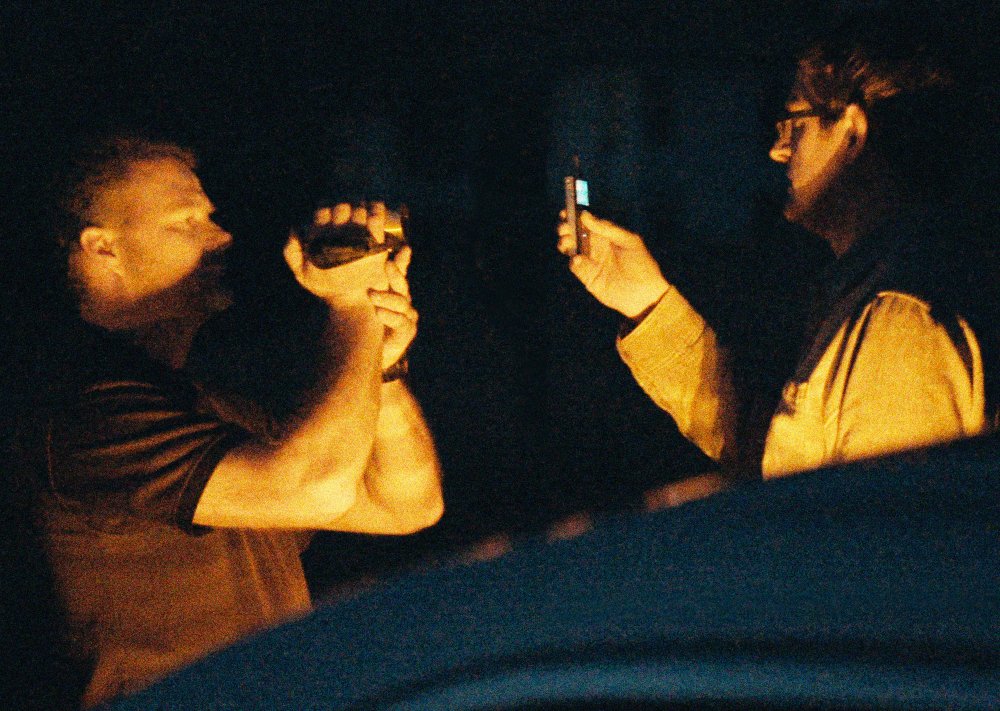 In this respect, My Scientology Movie is an advance from the sometimes unadorned reportage style of Theroux’s TV work. Whether this makes it more ‘cinematic’, I’m not sure. One clear point of difference is this: Theroux’s hour-long television documentaries generally take eight weeks to cut, and for this film he and director John Dower (as Dower reminded the speakers from his seat in the audience) had around eight months. The extra time is evident in the deft way Dower and his editor Paul Carlin handle the film’s dense blend of reconstruction, archive (from the Church’s PR vault) and Theroux’s ongoing investigation as it begins to attract the heavy-handed and obstructive attention of the Church’s representatives. This is a complex film, but told in an inviting, deceptively breezy style.

Much of the film still relies on Theroux’s direct-to-camera addresses, a presentational style anchored in his televisual work and which may puzzle non-UK audiences for whom Theroux is much less of a known personality. That said, at the screening I found myself sitting next to an American documentary filmmaker, attending the LFF with his film; he had no idea who Theroux was but enjoyed it nonetheless.

And whatever else, the movie is enormous fun. Confronted by a senior official while filming outside one of the Church’s properties, Theroux meets her protests with an unflappable niceness – which only escalates her belligerence. It’s a hilarious sequence, cut together with exquisite comic timing and featuring a ‘performance’ of deadpan precision by Theroux. Based on the cinema screening I attended, this is a film crafted to ride the laughs from a public audience.

At the LFF Connects event Theroux mentioned the release into UK cinema a month earlier of A Syrian Love Story. Its director Sean McAllister is, like Theroux, a figure more closely associated with British television. “Is he TV or cinema?”, Theroux asked. Chinn, speculating on the box office of that film compared to the strong performance of Amy, answered for Theroux, arguing that, financially, “MacAllister-type documentaries are not really theatrical propositions.” But I feel the question was more resonant for being left hanging. Louis Theroux, is he TV or cinema? My Scientology Movie won’t clear that up, but this is still an absorbing, mischievous documentary, made with sly invention and investigative rigour.

Related to Make it big: Louis Theroux, Simon Chinn and My Scientology Movie