Broadening the playing field (and resisting the bland) at Birmingham’s film festival of anything and everything. 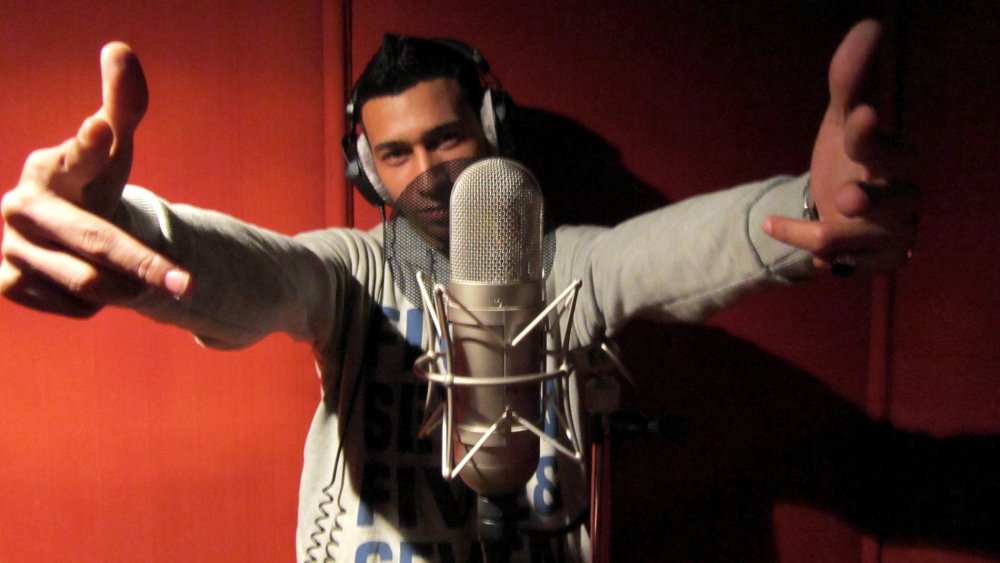 Birmingham seems an unlikely place for a film festival. Britain’s sprawling, commercially-minded ‘second city’ is not famed for its contribution to much counterculture [the Birmingham Arts Lab perhaps being the exception that proves the rule]; with independent cinemas and arthouse chains like Picturehouse or Curzon conspicuously absent and audiences weaned on multiplex blandness, is it any wonder that the nearest BFI Film Audience Network hub (South West and West Midlands) is two hours south of the city, in Bristol? Despite being home to the UK’s oldest working cinema (the Electric) and three universities, the West Midlands remains perennially underserved when it comes to independent film. That is, with the exception of Flatpack Film Festival.

This Ain’t California was reviewed in our January 2014 issue and is available on DVD from Upfront – Luxin.

Exhibition is released on 25 April and is reviewed in our May 2014 issue.

Curated by Ian Francis and Sam Groves, Flatpack, which seeks both to define film “very broadly” and to explore the “fertile territory where film bumps up against other artforms”, has just wrapped its eighth festival. Stretching over 11 days across 48 sites in and around Birmingham, its diverse programme of fiction, documentary, animation, shorts and live events is coloured by an anarchic spirit. With its punkish DIY sensibility, the festival is by any standard one of the UK’s most ambitious and creatively programmed.

This year that punk ethos was reflected in the festival’s programme. A four-strong strand of music-resistance documentaries includes How We Played the Revolution (Giedrė Žickytė), Elektro Moskva (Dominik Spritzendorfer and lena Tikhonova), Electro Chaabi (pictured at top) and a preview of Sini Anderson’s Kathleen Hanna portrait The Punk Singer.

All possess a scrappy revolutionary energy, though Electro Chaabi is perhaps most subversive. “We are the youth of January 24” runs the chant of mahraganat, an rebellious emergent sub-genre of Egyptian hip-hop music that seems almost inevitable in the wake of the Arab Spring – though Tunisian journalist-turned-director Hind Meddeb shows it to be largely apolitical, if still defiantly anti-authoritarian. With their frank, irreverent lyrics, youthful charisma and use of free online distribution (mimicking the fast-and-loose style of the music), stars like Oka & Ortega have rapidly risen to national notoriety, even appearing on daytime television – much to the chagrin of Cairo’s older generation. Meddeb’s guerilla-style handheld captures the immediacy of it all.

Resistance was also a theme of the festival’s fiction features. Kelly Reichardt’s Night Moves is less interested in the specifics of the eco-terrorism it depicts than in the piercing loneliness of the crusade for change, with Jesse Eisenberg, Dakota Fanning and Peter Sarsgaard star as three hooded figures, their canoe cloaked in darkness and drifting towards a brick wall. As both the aims and the after-effects of their mission become increasingly opaque, their feelings of isolation beget violence and volatility.

Change seems to be better achieved as a team effort in Lukas Moodysson’s joyously playful and poignant We Are the Best! (2013), following a trio of 13-year-old girls in 1980s Stockholm who rally against the era’s consumerism by starting a punk band. Through their lyrics, the girls seek to stand up for “the weak” and against their venomous PE teacher, loudly called out in their signature number Hate the Sport.

The sharp-eyed will notice that despite its colourful programme, Flatpack does not play host to any premieres, and many festival picks – The Punk Singer, Night Moves, We Are the Best!, Joanna Hogg’s Exhibition – have already traversed the festival circuit. Rather than seeking exclusivity, Francis and Groves offer access to high-quality indies that might not otherwise screen at all in Birmingham. While such titles might be considered bankable arthouse films in Nottingham, Manchester or Sheffield (all of which have reputable three-screen independent cinemas), there’s no guarantee that critical acclaim will secure screenings in the West Midlands. Flatpack gently offers both the punters and the programmers of venues like the Electric, Cannon Hill Park’s mac (Midlands Art Centre) and Wolverhampton’s Light House an experience of curated independent and world cinema. 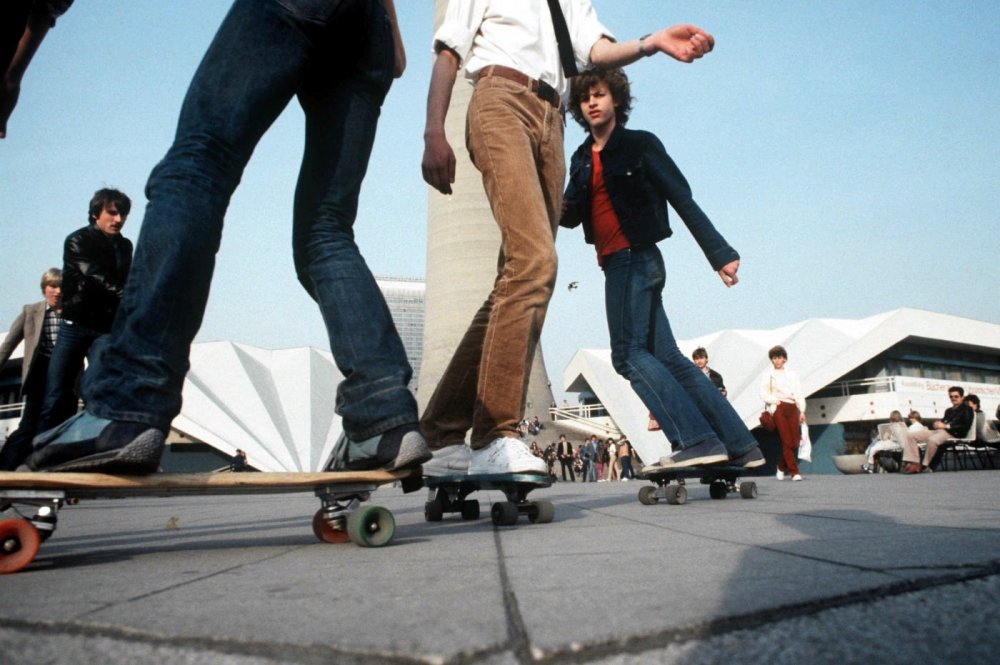 My highlight of the festival was Martin Persiel’s 2012 East German skateboarding portrait This Ain’t California, which screened inside a skateboard ramp. The film brings together the friends and colleagues of the ‘late’ Denis “Panik” Paraceck, putative ringleader of the 1980s East German skateboarding scene. Though it presents itself as a documentary, much of the dreamy, sun-bleached Super 8 and 16mm footage was staged by actors. Yet Paraceck’s downward spiral from bleached-blonde swimming champion and tortured, teenaged lothario to violent criminal and soldier feels painfully real. While the ethics of Persiel’s duplicity are questionable (he dedicates the documentary to Paraceck, eulogising his dead fictional character), the film builds an aesthetically inviting mythology around its anti-authoritarian, nonconformist protagonist.

Though Francis claims he is inspired by “Birmingham itself”, with all of “its nooks and crannies, its buried layers and jumbled architecture”, the city’s geography does not always work in festival-goers’ favour. Many of the events and screenings take place in Digbeth, a rapidly gentrifying industrial estate that houses the Custard Factory, Flatpack’s hub and home to Birmingham’s creative community. However, the festival buzz is harder to sustain in screenings at the disparate Millennium Point and the mac, venues not easily accessible via public transport. 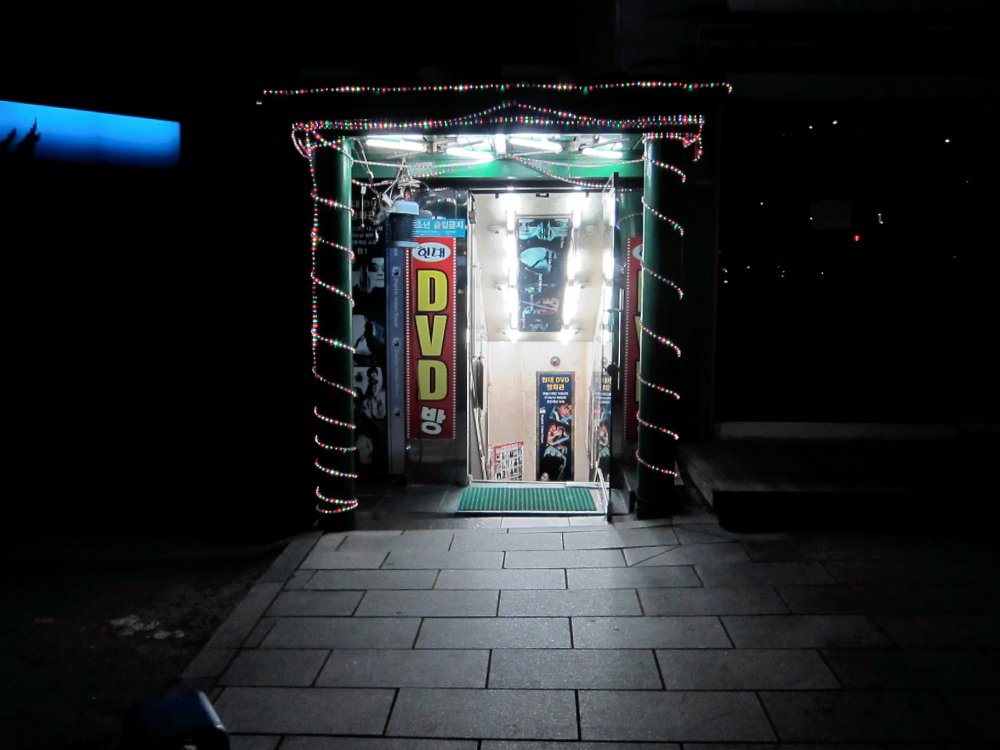 By prioritising interesting over accessible, Flatpack has carved itself a niche that is somehow both anarchic and inclusive, at once inventive, odd yet still inviting, without pandering to less cine-literate audiences. In This Ain’t California, the skaters are proud of their DIY skates, claiming “You relate to things differently when you’re building them yourself.” There is the sense that in leading by example, the self-built Flatpack are paving the way for a better Birmingham.