Three recent documentaries about the birth and growing pains of post-apartheid South Africa epitomised the reflective mood at this year’s Scottish showcase of African cinema. 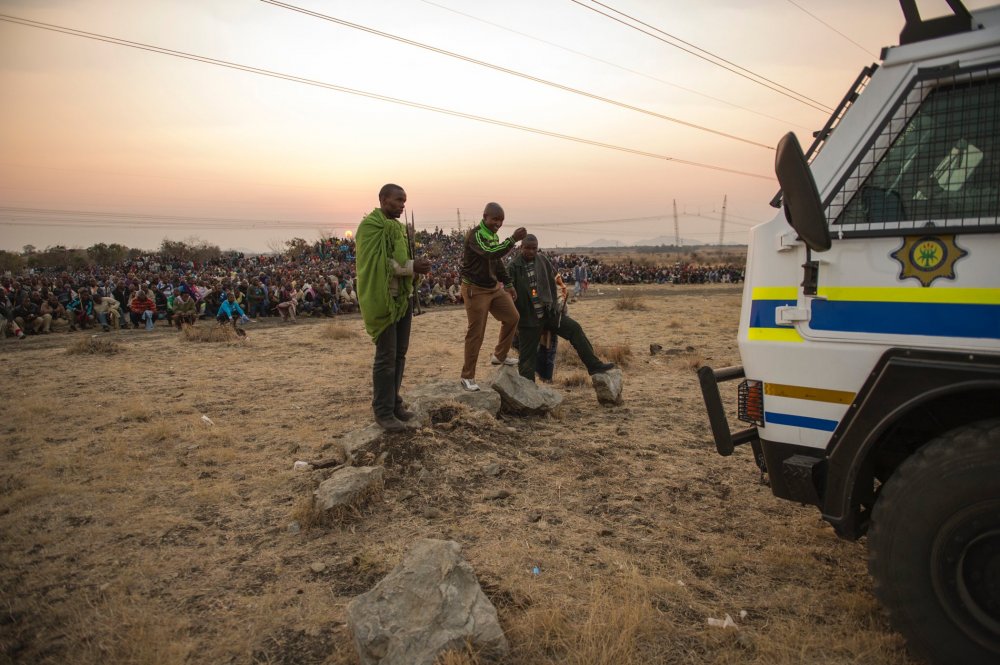 Africa in Motion, which launched in 2006 with the ambition of screening films from a continent deemed “under-represented and marginalised in distribution and exhibition world-wide”, marked its ninth edition with a reflective theme: ‘Looking back, reaching forward’. Inspired by the Adinkra symbol of the mythical Sankofa bird from the Akan tribe in Ghana, which means ‘to go back and get it’, the festival aimed to survey Africa’s past through a retrospective programme, as well as showcase contemporary filmmakers. Of course, AiM has struck similarly reflective moods before by marking creative and political milestones, as with its strand dedicated to the bicentenary of the abolition of the British slave trade in 2007, or its celebration in 2010 marking 50 years of the independence of 17 African countries.

South Africa at 20: The Freedom Tour continues until February 2015 at venues around the UK.

Looking beyond aside the more glossy elements of the programme – Scottnes L. Smith’s Hear Me Move, a South African answer to the Hollywood high-school dance romance Step Up, or Ian Gabriel’s earnest gangsta drama Four Corners – festival founder and manager Lizelle Bisschoff spoke at the opening night of the importance of introducing audiences to an Africa they’re unfamiliar with. Said educational remit might be explained by the academic tendency on its governing board, where six of the ten members hold positions at UK universities. That given, it was easy to see the value of the diversity of cultures explored within the film programme, and the films that directly address an anxiety around the preservation of tradition, such as Kadjike, directed by Sana Na N’Hada, and They Are We, by Emma Christopher.

Another key element of the festival was music, emphasising the more joyous side of the programme, which took the form of live performances presented by the Afrovibes Festival and documentaries exploring burgeoning electro, black metal and dance scenes in, respectively, Egypt (Electro Chaabi [reviewed at this year’s Flatpack festival]), Botswana (March of the Gods: Botswana Metalheads) and South Africa (Future Sound of Mzansi). 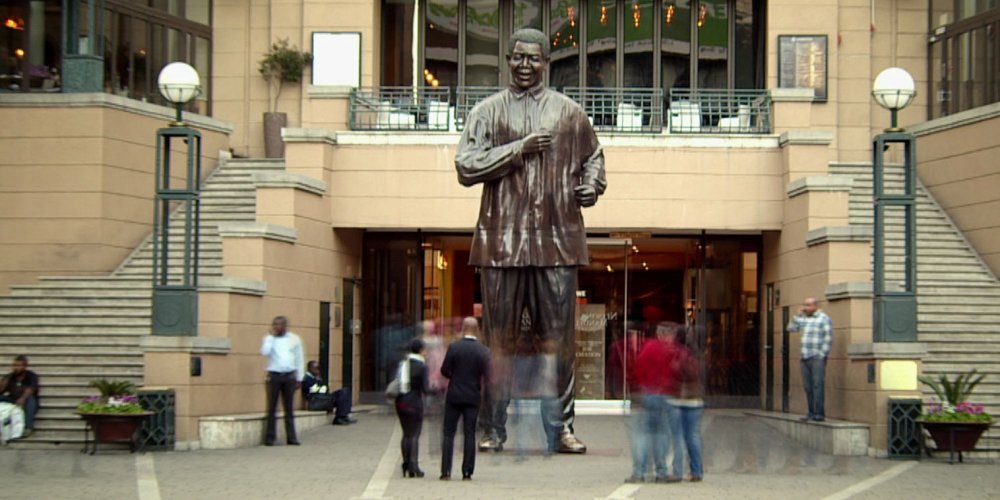 South Africa and its 20 years of democracy provided the festival’s main focus, however, using the anniversary of the new constitution to explore the country’s cinema before, during and after apartheid. This included ‘lost African classics’ such as Attilio Gatti’s 1928 silent Siliva the Zulu and Lionel Rogosin’s Come Back, Africa (1959), introduced by Bristol University Film Reader and board member Jacqueline Maingard as a critique of the kind of liberalism vouched in books of the period such as Alan Paton’s Cry, the Beloved Country (1948). Rogosin’s film opened with an intertitle proudly declaring a covert filming method, whereby he placed non-professional actors in ‘real life’ working situations by making claims to shooting a documentary about mining and music in Johannesburg. This, combined with his screenplay collaborations with leftwing journalists, resulted in a startling depiction of the violence of poverty during apartheid, and the passion of those – like Rogosin – who were fighting against it.

Three new documentaries addressed the legacy of apartheid via the standard intercutting of talking-head interviews with archive and news footage. Though unambitious in approach, each steadily conveyed the tumult surrounding a period in South Africa’s recent history that is contentious to this day. Khalo Matabane’s Mandela: the Myth and Me took the form of a personal letter to the late freedom fighter, reflecting on the director’s dashed hopes for liberty and justice in post-apartheid South Africa. In interviews both with politicians close to Mandela as well as social commentators such as filmmaker Elia Suleiman and activist Selina Williams, Matabane offered an counterpoint to the public sanctification of Mandela, questioning his relationship with the media by suggesting that “heroism hides violence.” 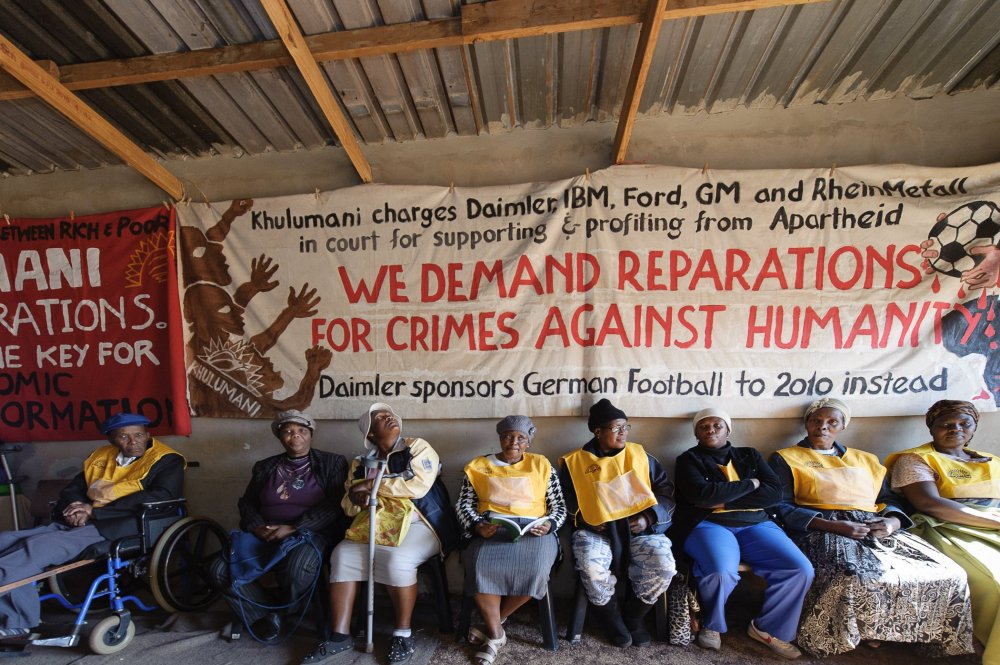 1994: The Bloody Miracle, introduced by co-director Meg Rickards, proposed that a “collective amnesia” now surrounds the history of the negotiations that brought democracy to South African democracy, with a “mythical narrative” now propagated instead. Counting down the year in months leading up to the election, Rickards’ interviews with Afrikaner Resistance Movement leaders, police commanders, the relatives of victims of police and party member violence and Inkatha leaders laid out the extent of the vehement opposition to democracy, portraying a deeply distressing period of unrest, defined by aggressive and defensive acts of violence.

Evidence of similar violence, not to mention current corruption, was the focus of Rehad Desai’s Miners Shot Down, which also used a countdown approach to address the killing of 34 platinum-mine workers by police forces in August 2012. Brought in to end a strike by employees of Lonmin campaigning for better pay in the absence of an effective union, police are shown to have prepared by bringing in morgue-bound ambulances. Perhaps the most shocking revelation, however, was the active role of South Africa’s Deputy President Cyril Ramaphosa – formerly a founding organiser of the National Union of Mineworkers, which was accused of failing to engage with strikers’ demands; latterly a non-executive board member at Lonmin – in mobilising police to act. Desai’s persuasive film serves as a pertinent message about the demonisation of the powerless by those in power, and the apparent moral ambiguity of those who wield it. 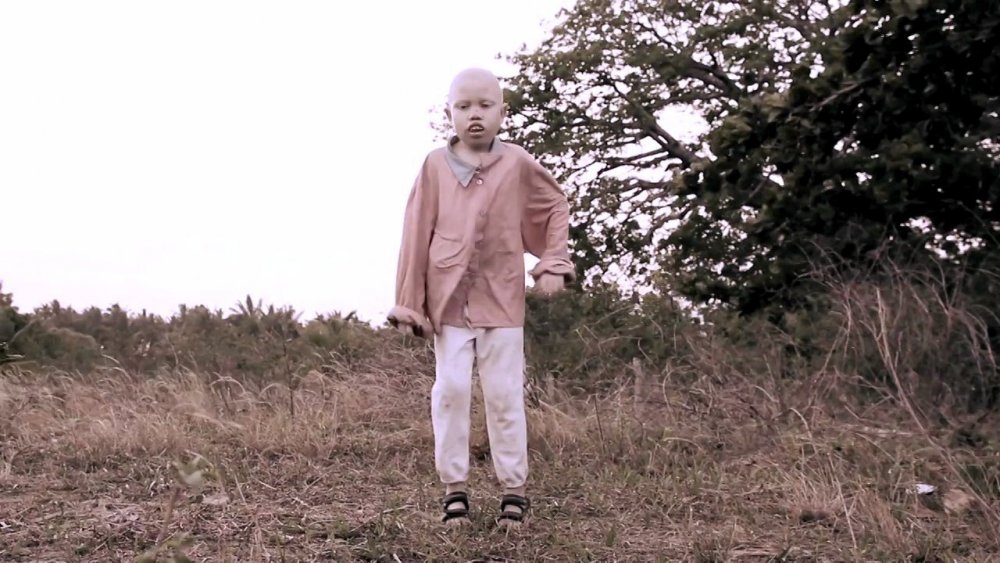 Per its original aim to show the ‘best of African film’, AiM showcased a number of filmmakers pushing form, including Aberrahmane Sissako with his award-winning Timbuktu, Ahmad Abdalla with Rags and Tatters (Farsh wa Ghata) – which used subtle scoring and minimal dialogue to evoke the anxiety of an untethered community during the 2011 Egyptian uprising – and Noaz Deshe, whose beautiful but brutal White Shadow depicted the trade of albino body parts prized by witch doctors in Tanzania, Congo and Kenya. [See Dimensions of dialogue: Black Movie 2014 for more on that film.] That much of the programme was documentary in nature, however, seemed to indicate a curatorial bias towards the most pertinent subjects rather than examples of strong technique, or even films that combined the two.

Still, in a showcase of a previously ignored continent’s worth of filmmaking activity, what is pertinent should not be undervalued. Being now the largest of five African film festivals in the UK – alongside Film Africa (London), Afrika Eye (Bristol), Watch-Africa (Wales) and the Cambridge African Film Festival – means Africa in Motion is now in good company, and having this year partnered with their fellow continent-focused festivals to produce the South Africa at 20: The Freedom Tour, much of its programme will tour around the UK, making this winter something of a core time to explore African cinema.

Related to Come back, South Africa: Africa in Motion 2014