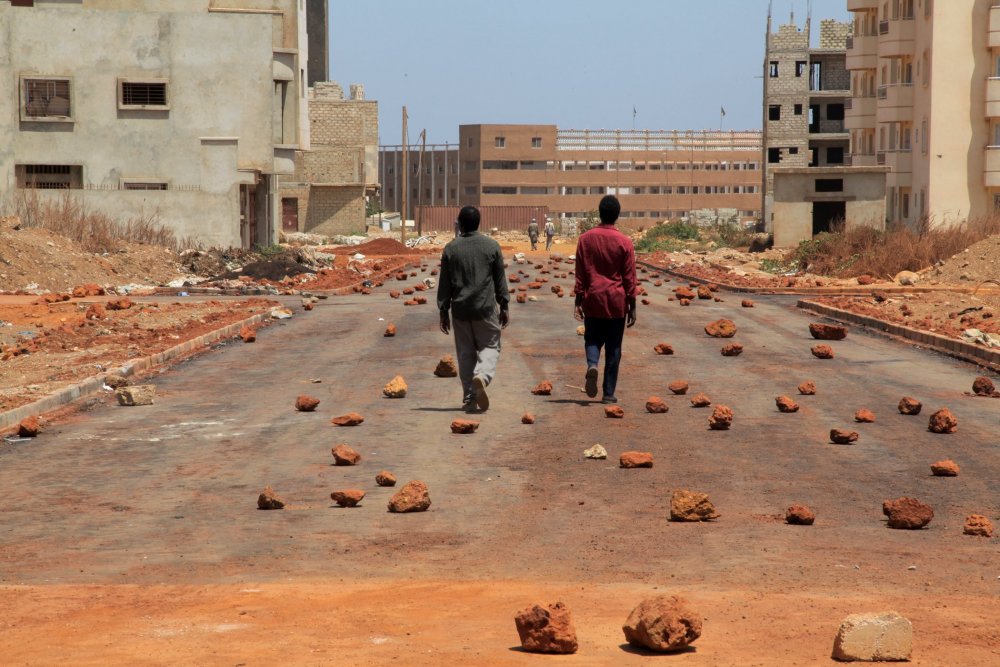 Technically inventive, often poetic, mature filmmaking characterises the cross-section of films from sub-Saharan African in this year’s London Film Festival, telling a variety of stories from sea crossings and migration (The Pirogue, from Senegalese director Moussa Touré) to existentialist crises and the patriarchal structure of revolutionary ideology in 70s Mozambique (as follows). Thanks to the restructuring of the festival by theme, these films are now aired in new contexts, not ghettoised by simple geography but linked to subject matter that cuts through contemporary global cinema.

In the ‘Dare’ section, Tey (Aujourd’hui), the latest from French-Senegalese director Alain Gomis, is a powerful portrait of a man living his last day on earth in an unnamed Senegalese city. Aesthetically, it’s a reminder of the rich auteurist history of West African cinema, at times subtly invoking the wit and radicalism of Ousmane Sembène in his more provocative days, tempered perhaps by Souleymane Cissé’s more dreamy, graceful style. But where both these greats riffed off the distinction between the traditional and the contemporary, which afforded much of their visual humour, Gomis blurs that boundary, presenting us with a world that’s a delicate mix of traditional Senegalese beliefs and contemporary metropolitan society.

Saul Williams, who plays Satché, the dead man walking, carries the film impressively, hardly speaking a word but portraying a man oscillating between existential dread and a matter-of-fact acceptance. “Life and death sing the same song”, his uncle tells him while performing a burial ritual on his still-living body, and indeed by the close Gomis has deftly dissolved the boundary between life and death with his commitment to the notion of experience neither strictly physical nor spiritual but somewhere in between. 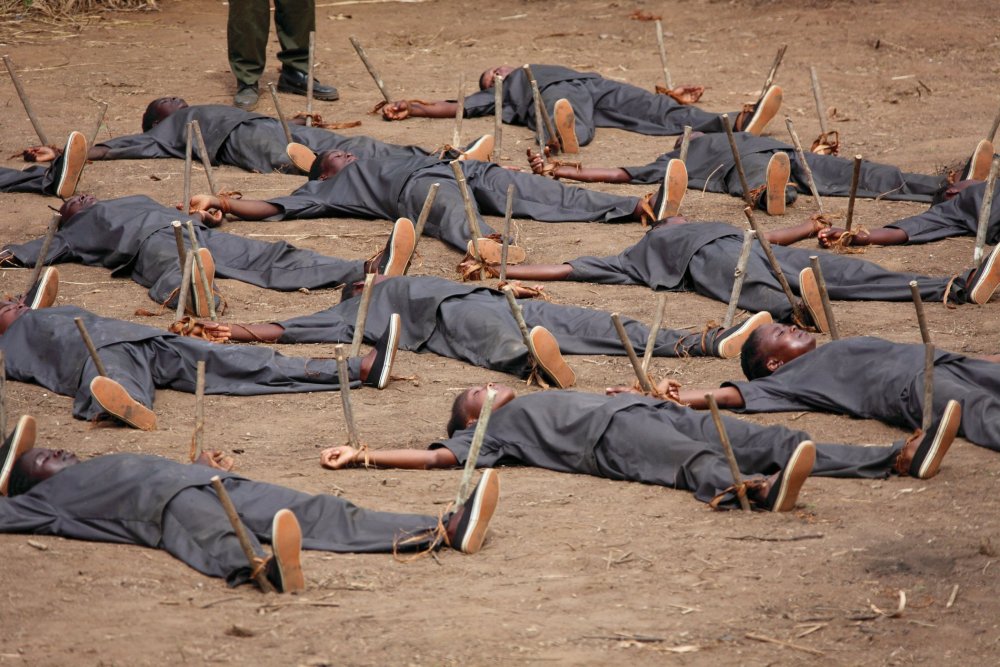 Another film that builds on Africa’s cinematic history – filed under ‘Debate’ – is Licinio Azevedo’s Virgin Margarida, which tells of sex workers in 1975 rounded up and taken to re-education camps, where ‘revolutionary values’ are instilled by confused, often brutal means. One among the women, Margarida, is a virgin, and the film shows the camaraderie and strength of the women who try to protect her.

In 1975, Brazilian-born journalist Azevedo was invited (along with Jean Rouche, Jean-Luc Godard, and Ruy Guerra and his fellow pioneers of Brazil’s Cinema Novo) to newly independent Mozambique, fresh out of a ten-year battle against its Portuguese colonists, to help create a new cinema culture. He found himself at the centre of a visual de-colonising drive that aimed, as in the young Soviet Union, to create a revolutionary film culture, one inseparable from the country’s commitment to independence and socialism – and in this case deeply embedded in the politics of the ruling FRELIMO party and president Samora Machel.

Azevedo’s experiences at the National Film Institute of Mozambique have clearly left him cynical to such projects, for this follow-up to his 1999 documentary The Last Prostitute suggests that the post-1975 political order did not change attitudes toward gender: men remained the vanguard of change, women merely its subjects. This strong woman-centred narrative follows a tradition in Lusophone cinema, linked to films such as Sambizanga (1972) by pioneering female film director Sarah Maldoror and Flora Gomes’ powerfully feminist Mortu Nega (1988), both of which show women at the centre of revolutionary movements. 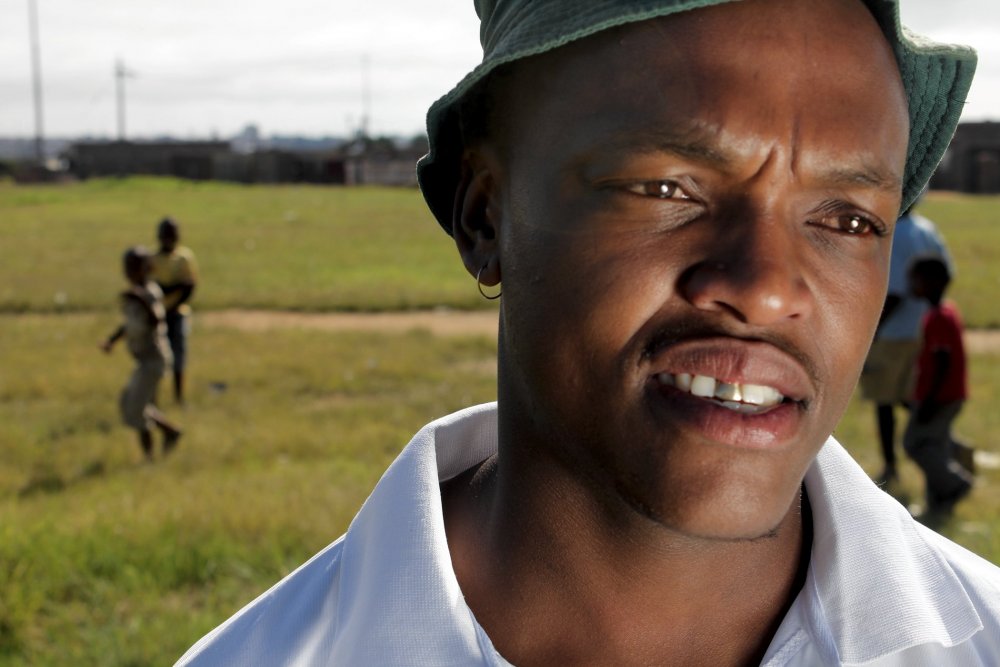 Another ‘Dare’ film is Michael J Rix’s stark, nightmarish South African film Accession, an unflinching portrait of baby rape, the extreme consequence of the ‘virgin cure’ recommended in some Zulu communities for dispelling the HIV virus.

Like Tey, it centres on a male protagonist who moves swiftly towards death, but via a horrific journey of debasement. Rix uses an oppressive device – a handheld camera trained solely on his protagonist John’s face – and refuses to cut away as John beats his girlfriends, rapes a young woman and descends into unthinkable perversion.

Sadly, Rix’s inclination to shock and disgust rather than engage overwhelms the more innovative and subtle elements of the film. Even its didactic aim – to shed light on this uncomfortable reality of contemporary South Africa – is lost through the director’s determination to take his audience to the absolute brink of what is watchable. It’s daring filmmaking that teeters dangerously close to irresponsible.