Grace Elliott: a woman filming a woman interviewing a man

A mysterious female director created these short and surprising publicity segments in the early 1930s. What else could she have done on a larger canvas? 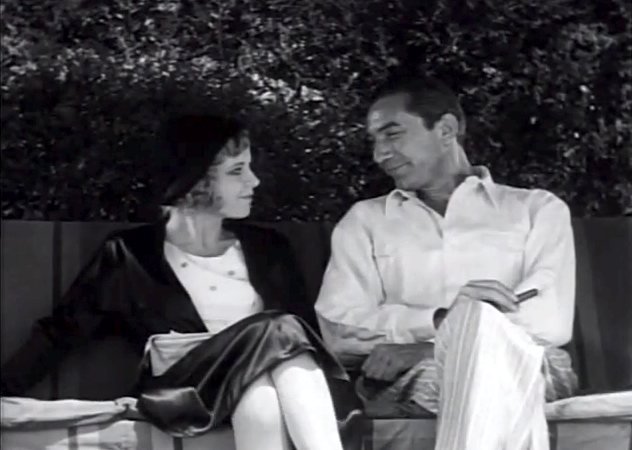 Given the scarcity of female directors in classical Hollywood, the work of such pioneering figures as Dorothy Arzner and Ida Lupino has often served a double function, being analysed not merely for its own undoubted qualities, but also for those hints it offers about the kind of American cinema that might have emerged had so many obstacles not been placed in the paths of women wishing to make films.

The 1930s was particularly barren in this regard, the handful of female-helmed features mostly being by women who started directing during the previous decade, notably Arzner, Lois Weber and Dorothy Davenport (aka Dorothy Reid and ‘Mrs. Wallace Reid’). So far as I am aware, only two women commenced their directorial careers in 30s Hollywood. One is Wanda Tuchock, who has a co-directing credit on the fascinating if compromised Finishing School (1934) – and it is tempting to ascribe this film’s compromises to Tuchock’s male co-director, George Nicholls Jr.

The other is the mysterious Grace Elliott. According to that slim filmography provided by the IMDb, Elliott started out as an actress, playing a character named Satin Maggie in Burton King’s Women Who Dare (1928). Her directorial credits all date from 1931, and belong to a series entitled Intimate Interviews. These shorts (each runs between seven and nine minutes) contain conversations with well-known actors of the period, Walter Huston, Bela Lugosi and James Cagney (the Huston episode was included as an extra on Criterion’s DVD of Anthony Mann’s The Furies, while the other two can be found on YouTube). Theoretically, audiences could determine the contents of future segments – “Whom do you want to see interviewed? Address manager of this theatre,” an end title card encourages – though this offer was doubtless mere ballyhoo. 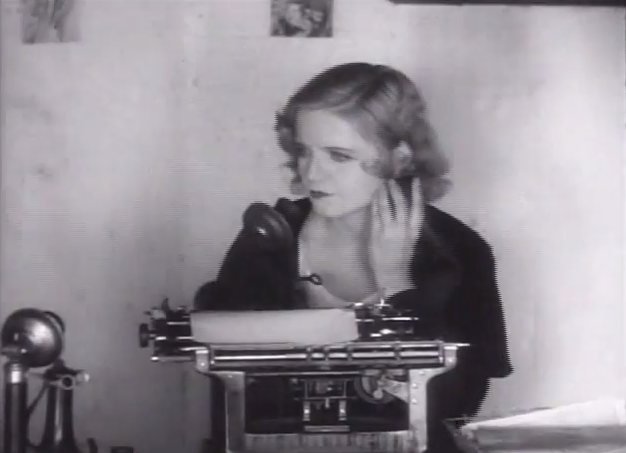 Indeed, the series was entirely premised on a deception, since these are clearly not documentaries, but rather staged and scripted fictions whose central character, Dorothy West, is a reporter diligently seeking out and interviewing Hollywood stars. It can reasonably be assumed that Elliott, who the same year also provided dialogue for Elmer Clifton’s Maid to Order (whose producer, Jesse Weil, is credited as supervisor here), was the uncredited screenwriter.

Aside from that, little is known about these films or their creator. Anthony Slide’s The Silent Feminists: America’s First Women Directors (Scarecrow Press, 1996) claims that 26 episodes may have been filmed, but notes that only those starring Cagney and Mae Clarke survived. I can find no other reference to an episode involving Clarke, though one focusing on Lois Wilson apparently still exists. But the three Intimate Interviews I managed to see form a particularly coherent group, since they all involve a man being interviewed by a woman. 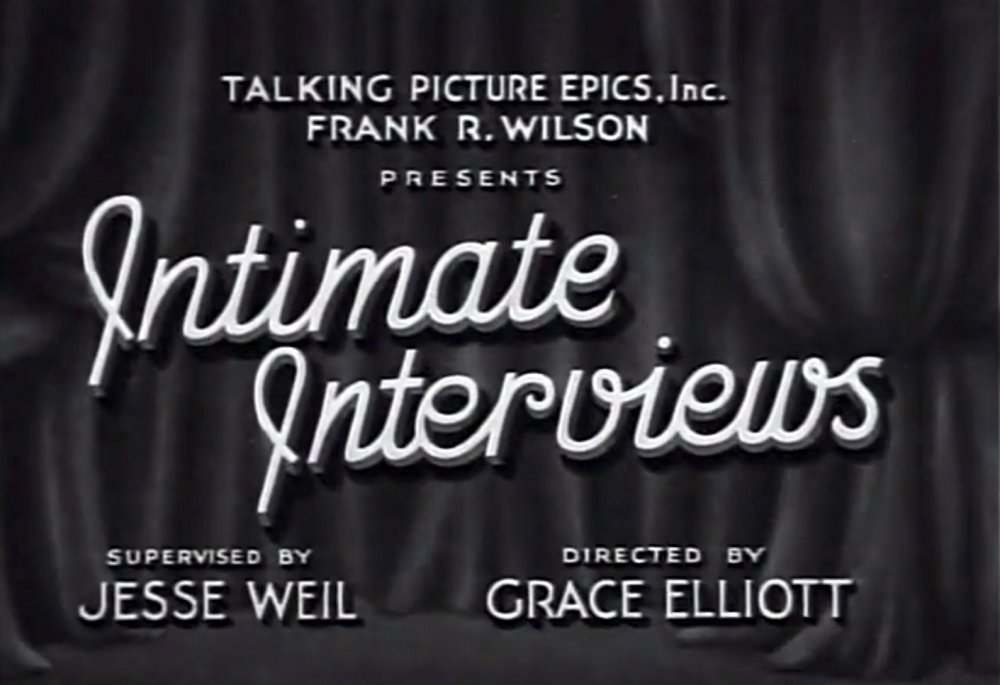 All three have roughly the same structure – Dorothy West arrives at the house of her latest interview subject, asks a few questions, and departs. But as so often in classical Hollywood, the differences are as important as the similarities. The James Cagney segment begins with West arranging her meeting by telephone, whereas she simply turns up at Walter Huston’s home unannounced, barging in even after Huston has informed his housekeeper (whom West initially assumes is the actor’s mother) that he does not want to be disturbed (“Tell him to go home… Well tell her to go home. I’m not dressed”).

A certain immaturity is suggested by the fact that Huston must be approached via a mother figure (“Mr Huston is like a son to me”), and the ensuing conversation involves the actor making childishly evasive or flippant answers to West’s questions. He behaves more like a teenager than a middle-aged man, and the segment ends with him attempting to seduce his interlocutor, asking if she will join him for a dance. West declines this invitation, pointing out that “My husband would object.” The proprieties have, it seems, been observed, though since the reporter introduces herself as ‘Miss West’, her professed marital status may well be as deceptive as everything else about these shorts, a neat way of resisting unwanted proposals while avoiding overt expressions of hostility.

Nor is this the only way in which Elliott interrogates male presumption. Much of this interview is conducted with the half-dressed Huston fooling about in his swimming pool in a manner we generally associate with female screen performers, who were encouraged to use swimwear to display their physical attributes. In a reversal of the usual formula, the woman looks, while the man is looked at.

Something similar occurs during the episode devoted to Cagney, who is introduced exercising in his garden. Elliott’s camera focuses on Cagney in a manner calculated to expose the actor’s well-toned figure, and since these shots are positioned prior to West’s arrival, our view is unmediated. The male body is exhibited for the audience’s viewing pleasure, the actor (who is facing away from the camera) utilised as an object for the gaze. By flaunting his masculine body, Cagney becomes oddly feminised.

Lugosi’s segment is the least interesting of the three, even though, or perhaps because, Lugosi is the most articulate of these interviewees: “It’s very nice to live in a country where people know how to mind their own business,” he observes, as if he were not participating in a celebrity interview whose existence adduces precisely the opposite.

This is the only one of the Intimate Interviews in which West’s presence at her subject’s home is not determined by a negotiation. It begins with her talking to a friend on the telephone, discussing her forthcoming meeting. The following shot shows her strolling with Lugosi through his grounds, their conversation already in progress. The interview concludes with the actor pretending to hear a ghostly voice calling, causing West to run away in terror. Her departure is followed by a close-up of Lugosi laughing to himself.

Yet if the Lugosi segment ends with the man revelling in his triumph over the woman, the Cagney one does exactly the opposite. After Cagney complains that he has been unsuccessfully attempting to perform a particularly difficult golf shot for six months, West, who claims (another deception?) never to have played golf in her life, nonchalantly executes the shot before abruptly departing, the episode ending with Cagney staring at his phallic golf club, then angrily casting it aside. As in the Lugosi segment, Elliott’s camera remains on the man’s face following the woman’s withdrawal, but the image’s meaning is precisely reversed. Masculine arrogance has here been put in its place, not, as at the conclusion of the Huston episode, with a lie which prevents the man from suspecting his appeal is less than overwhelming, but rather in a way which makes it abundantly clear to Cagney that the joke is on him.

This pattern of meaningful repetition and variation is something we associate with the great auteurs, whose company Elliott may well have found herself in had she directed features. Under the circumstances, all we have are these fragments to suggest what might have been.