No guide to the future: the BFI Filmography reveals the thin wedge of female British filmmaking past

The BFI’s new searchable graphic database of British film production credits since 1911 shows us the stark historical lack of opportunities for women – but behind the dismal numbers there are characters with stories to be told. 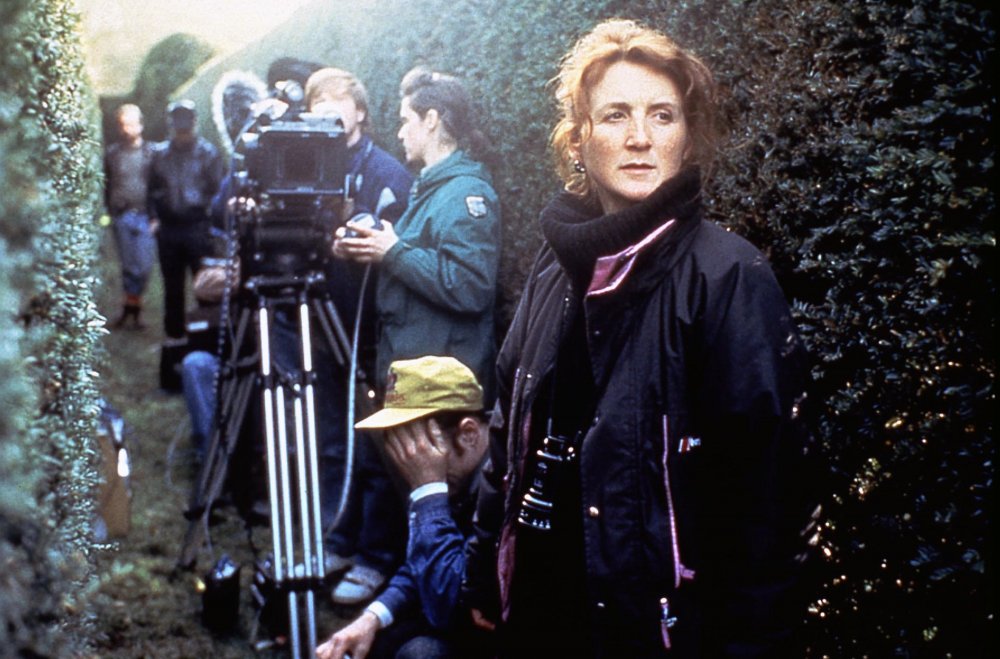 The launch, last week, of the BFI Filmography database offers a chance to interrogate our cinematic past, learn from it, and change our future.

This new searchable website is the fruit of five years’ work analysing the BFI’s database of film credits. The Filmography data comprises credits information for more than 10,000 British feature films, from 1911’s Rob Roy to the present, a number that is growing every week, release by release, with each new entry having the opportunity to shift the overall numbers in a different direction. By applying a variety of filters and searches to the data on the Filmography website, the curious reader can follow up on personal hunches or long-pondered questions, entering a matrix of correlation, coincidence… and, just possibly, entrenched institutional bias. As far as the participation of women in the British feature film goes, the data initially appears to be stark, depressing, and flat as a pancake.

Perusing the data, we learn that overall, just one per cent of the films have had a majority female crew. Also, that the proportion of women on screen was 31 per cent in 1913 and that so far 2017 can only muster 30 per cent. 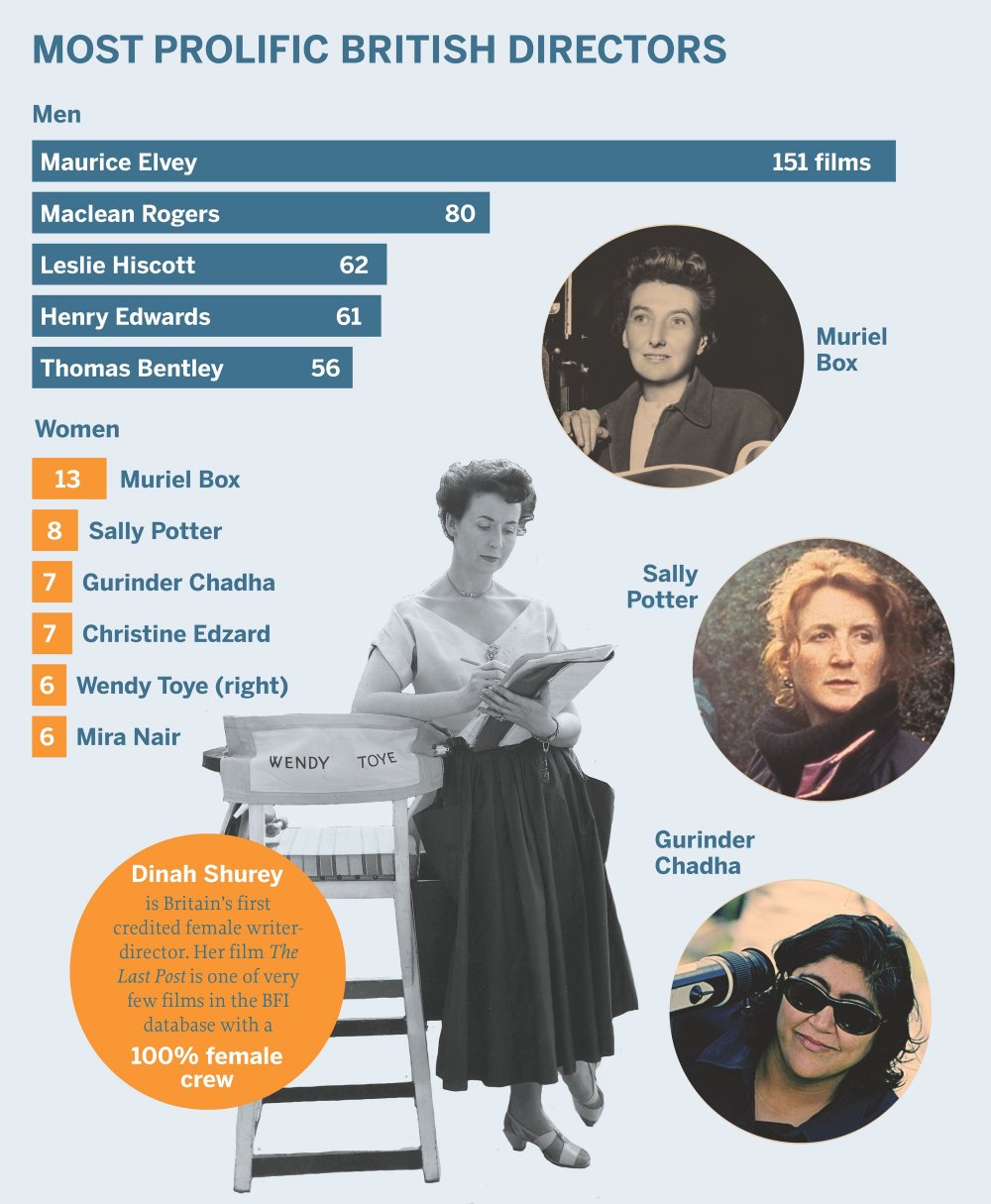 The proportion of women behind the camera in British feature film production has risen since 1913, however, from three per cent to 34 per cent. When you picture it across 104 years, though, that statistic hardly represents a rush of talent into the industry. (The team behind the database has so far inferred the gender, based on first names, of about 91 per cent of credited individuals.)

One of the major factors skewing the data in favour of male personnel seems to be that men on average have longer, fuller careers in film. Britain’s most prolific film director, for example, is Maurice Elvey, with 151 credits, but his closest female competitor is Muriel Box, with just 13 movies to her name.

If we begin at the beginning, the story of Britain’s first credited female writer-director has a lot to tell us about how women enter the film industry, how long they get to stay, and the debates that surround their very existence. Dinah Shurey directed, wrote and produced naval melodrama Carry On! in 1927. She had produced one feature film previously, 1926’s Second to None, having founded her own production and distribution companies in 1924.

Impressive as these achievements are, it should be remembered that Shurey had predecessors in directing, including Ethyle Batley, who directed The Great Red War in 1916. Film history records Shurey as neither a pioneer nor a great talent: Paul Rotha remembered her as having “made some quite atrocious films”. 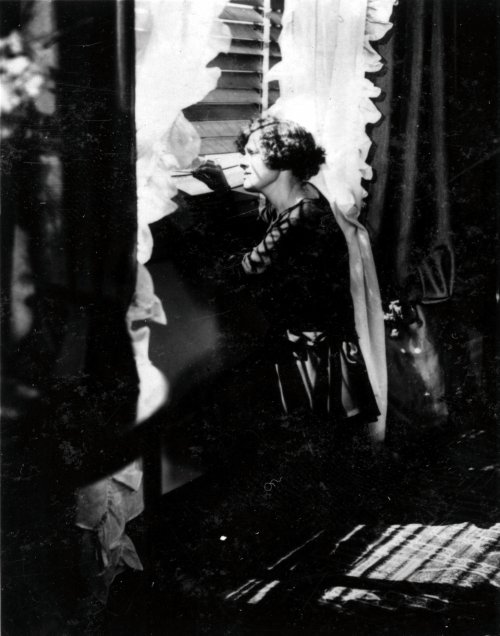 War drama The Last Post (1930), one of the BFI’s top ten Most Wanted lost films, directed by the derided Dinah Shurey

News that Shurey was about to step into the role of director was not even welcomed at the time. Writing in the Film Spectator in 1927, Cedric Belfrage described her as “a rather rich amateur whose damage to innocent celluloid has already been appalling”. Carry On! appears to be lost, as is Shurey’s second directorial effort, another war drama called The Last Post (1930) – the latter remains one of the top ten films on the BFI Most Wanted list – so we may have to take the word of contemporaries and critics and write her off as a duffer.

Yet the story is more complicated than that, as Christine Gledhill’s research has revealed. The critic Iris Barry mentioned Shurey approvingly in a list of international female directors, noting that women have “visual minds and care for detail”; by contrast, Nerina Shute, a journalist not known for mincing her words, castigated the director in Film Weekly after the release of The Last Post:

“It is pathetically obvious that women can’t produce films. In England only one lady has had the temerity to try. Dina [sic] Shurey (who will go to heaven by reason of her great courage) has created several appalling pictures… [Critics] can’t fail to admire her good intentions, and yet…”

Shurey sued for libel, and won, on the grounds that she was heavily involved in several aspects of film production and the term “appalling pictures” was blatantly a bit vicious. Her career in film was over, though – a shame, whatever the quality of her work. 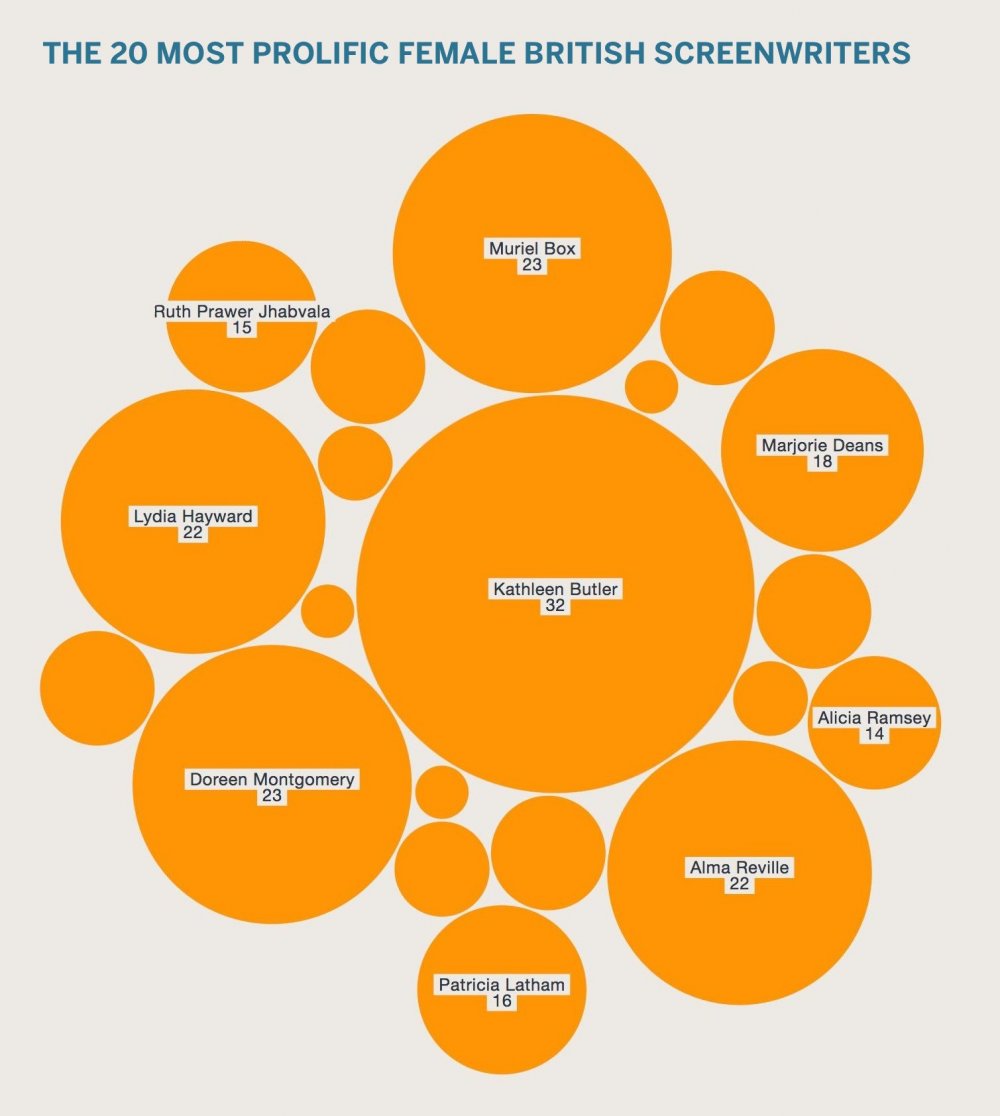 Both of Shurey’s films were collaborations with screenwriter Lydia Hayward (joint third, with Alma Reville, in the list of most prolific female screenwriters of British feature films) and The Last Post shares with Elinor Glyn’s The Price of Things (1931) the rare distinction, within the BFI’s data, of having an all-female crew (though admittedly from a very limited dataset, with each director filling three of just four listed crew roles on their respective films). Carry On! is credited with a 75 per cent female team (also across four roles). Throughout the Filmography data, this fact asserts itself: when a film is written, directed and produced by women, the rest of the crew tends to contain more women. (Fish Tank (2009), written and directed by Andrea Arnold, with both male and female producers, stands out with a notable 57 per cent female crew, and that despite some of the high-profile creative roles in the film – cinematography, editing and art direction – going to men.) 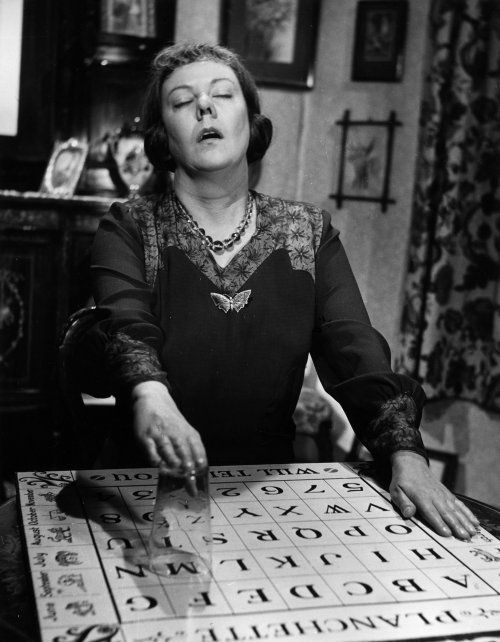 Shurey, who had volunteered with the French Red Cross during WWI, surprised critics by making military films. But why shouldn’t she? We can now see that war is the sixth most popular genre in British feature film history (though heavily overshadowed by comedy, drama and crime), and it was relevant to Shurey’s own experience.

When we look at the career of Muriel Box, Britain’s most prolific female feature film director, subject matter is of even more pressing importance. Box was a former ‘continuity girl’ (aka script supervisor, one of the most heavily roles on set, as it once required shorthand and typing). She became a screenwriter, then head of Gainsborough’s scenario department and assistant director, before directing her first film, The Happy Family, in 1952 (after a co-directing credit in 1949 for The Lost People).

She was lucky to have the support of her first husband, producer Sydney Box, and throughout the 50s and early 60s she made films on politics and issues close to the ‘female experience’, such as teenage sex, abortion, venereal disease and illegitimacy. There’s a parallel to the work of Lois Weber and Ida Lupino, similarly socially conscious female directors in the US. One senses that Box knew she had a rare opportunity as a female director and didn’t want to waste it on mere entertainment, even if that meant sacrificing commercial success to social good. 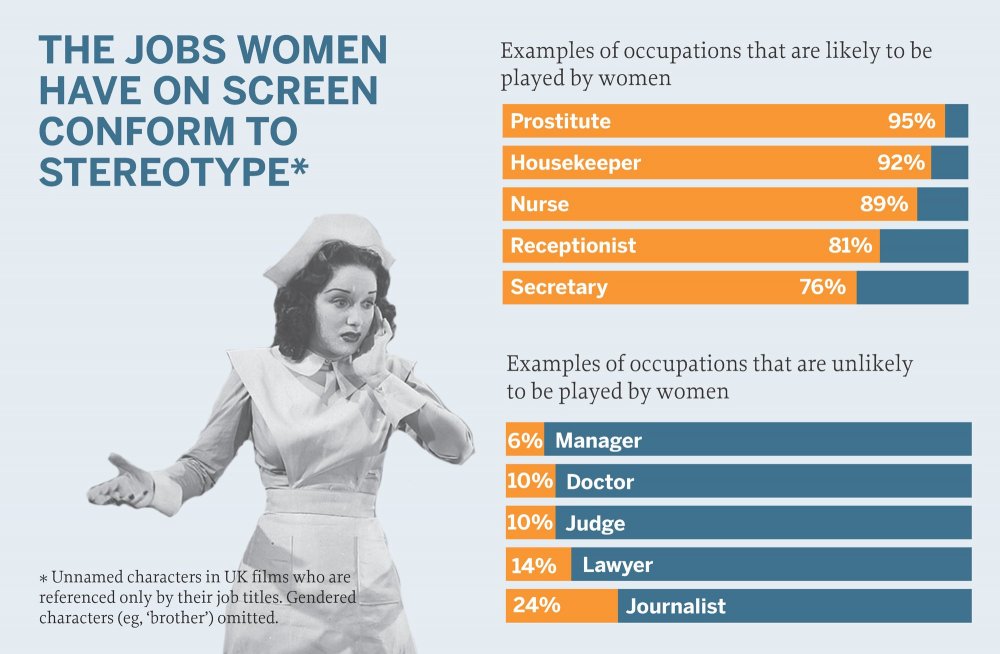 Twenty years after Shurey’s efforts, and with far better reviews, Box still found herself at the centre of debates about whether women could direct films, and noted with some anguish that stars and producers tried to have her removed from their projects. The title of her autobiography speaks volumes: Odd Woman Out. She writes there that she was inspired by Virginia Woolf’s A Room of One’s Own in her twenties: “I had been possessed ever since with a strong urge to support the cause of equality between the sexes… Unable to chain myself to the railings, I could at least rattle the film chains!” After encountering so much resistance in this role, no doubt she had plenty of enthusiasm for her second career as a feminist publisher.

The legacy of both women can be seen not just in the rising number of female directors in the early part of the 21st century, but in their motivation to work and to rattle those chains. Gurinder Chadha, who with seven films is Britain’s second most prolific working female feature director (after Sally Potter), spoke at the launch of the BFI Filmography data, saying she wanted to enter the film business to “restore a balance”. She admitted it could be a struggle to make films like hers, which prioritise female and British-Asian narratives, but that as “film reflects who we are” she would continue: “The tragedy is that our stories aren’t there.” 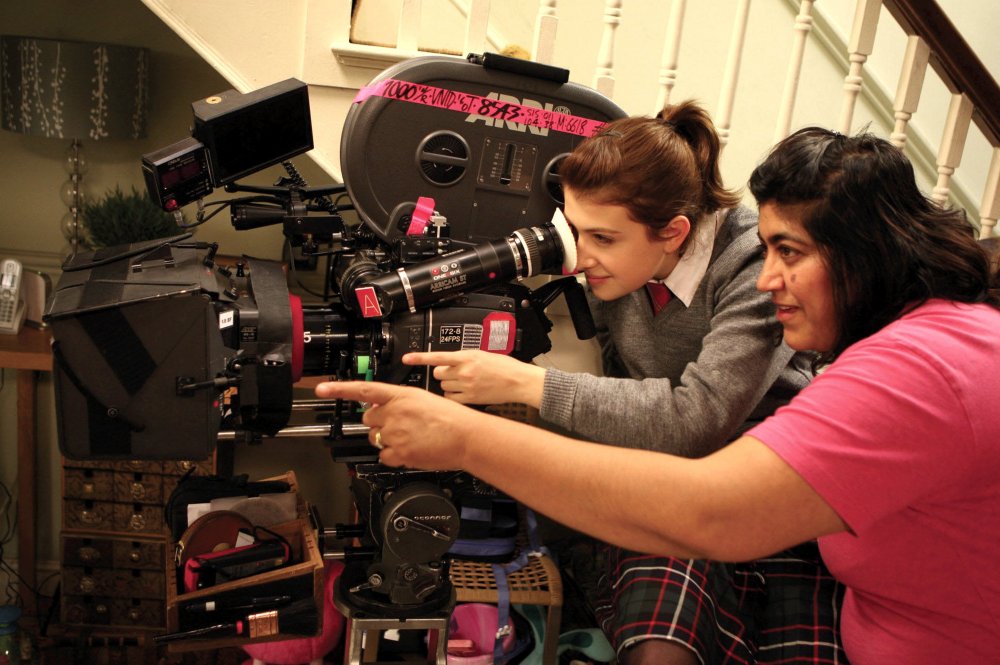 Chadha’s peers in the list of prolific female directors include such avowedly feminist filmmakers as Potter and Laura Mulvey, women such as Arnold and Lynne Ramsay who create female-led narratives in a socially realist mould, and documentary makers. Documentary filmmaking is the field in which the number of women behind the camera is rising most rapidly, even if it seems that the majority of their subjects are male. The most popular word in the titles of all those 10,000-plus British features is ‘man’, after all, with ‘girl’, followed by ‘woman’, trailing far behind.

While the statistics around women in film initially seem depressingly static, there is hope in these numbers. As those chains continue to rattle in the ears of executives, producers and directors, each subsequent feature film made in this country has the opportunity to shift the gender balance, and the data, towards parity. It has taken 104 years to climb from three per cent to 34 per cent: now it’s time for a final sprint towards equality.

Related to No guide to the future: the BFI Filmography reveals the thin wedge of female British filmmaking past