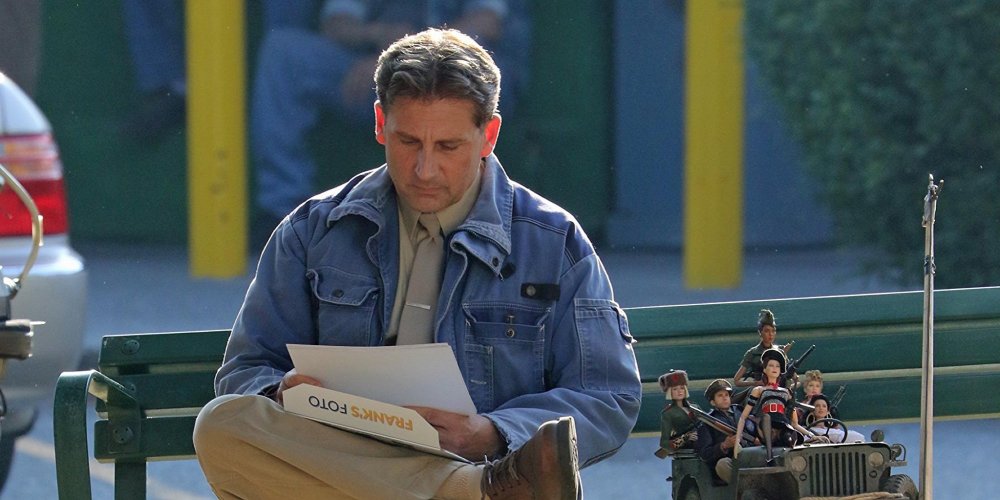 The moral certainties of WW2, and its long-established heroes and villains, have long made it a safe haven for Hollywood adventure fare. Here the opening sequence brings children’s action dolls to computer-generated life for a skirmish between a square-jawed American pilot and a Nazi patrol in occupied Belgium.

It looks like another jaunty run-through featuring familiar iconography, yet here’s an unexpected note when our brawny Yankee airman finds a discarded pair of women’s heels and is soon striding through the countryside in them. It’s the first indication that Welcome to Marwen is going to have its own take on the usual greatest-generation paraphernalia, but it’s only as Robert Zemeckis’s movie continues that we begin to grasp how singular and intriguing that take will be.

Cut to upstate New York around the turn of the millennium, and it’s revealed that what we’ve been seeing thus far is an animated rendering of one man’s avowedly therapeutic art project, building a mock Belgian village in his backyard, peopled with action dolls playing out his own version of the Second World War. As portrayed by Steve Carell, this is real-life folk-artist Mark Hogancamp, and what’s surprising about this big-budget, effects-heavy Hollywood entertainment is just how true to his somewhat particular personal trajectory it has managed to remain. Slightly snuck away in the end credits, Zemeckis does offer credit to Jeff Malmberg’s 2010 feature doc Marwencol, since it’s there where Hogancamp and his created world first came to wider attention, half a decade before the striking photographs of the dolls in their hand-crafted wartime settings were published to considerable acclaim. 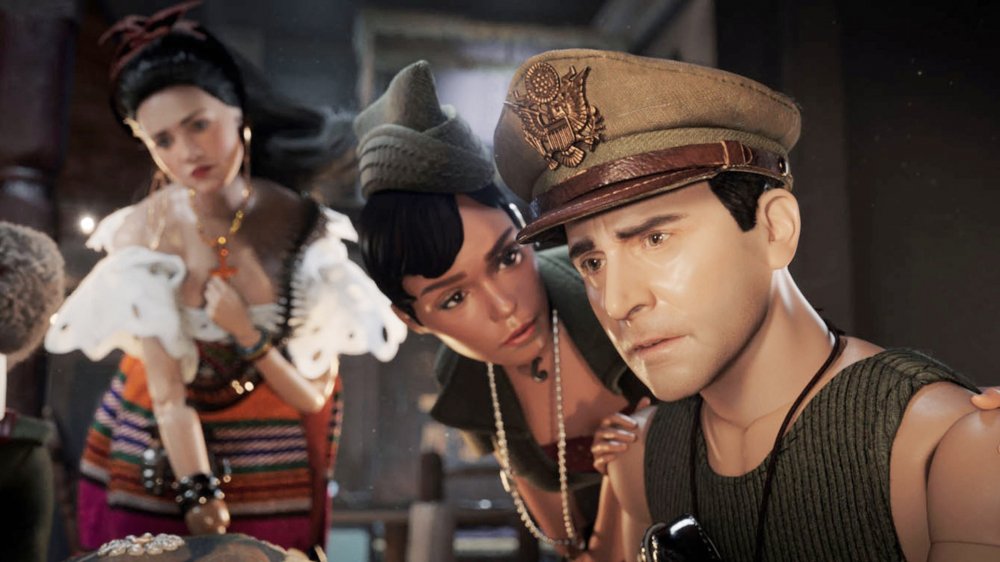 In essence, Caroline Thompson’s screenplay shapes the real-life scenario into a familiar narrative pattern, where Hogancamp’s imaginative universe ultimately guides him towards affirmative self-knowledge. That said, all the key ingredients of the dramatisation are there in the doc, centred on a vulnerable protagonist who has literally had all the memories kicked out of his head in a brutal assault, while images of dastardly Nazis shape a private narrative of burning anger at the bigoted thugs who nearly killed him because he was ‘different’. You’d imagine that the new movie might be tempted to airbrush out the real Hogancamp’s individual sexual predilections – he’s attracted to women, and enjoys wearing their shoes and stockings to feel their “essence” (his word) – but actually, Zemeckis and Thompson are far more upfront about it than the delayed reveal in the previous doc.

Saturday night multiplex audiences expecting a joshing take on wartime heroics, making amusing use of action dolls, will certainly get some of that in the affectionately detailed, darkly witty fantasy interludes. Welcome to Marwen though, is brave enough to underline that the often excessive violence in Hogancamp’s vision comes out of genuine pain, resulting in a movie that often jolts us back to his bitter personal circumstances just as we’re starting to enjoy ourselves. Some audiences will hanker after more of the fun stuff, yet it turns out that the action-doll frivolity is really only the stage dressing for a probing story about one man’s troubled journey towards self-acceptance of what’s explicitly identified as his ‘queer’ sexuality. In terms of mainstream fare, that makes the film something of an unexpected landmark, if perhaps ungainly at times in its hybrid nature.

It’s not, for instance, as purely affecting as Marwencol, where Hogancamp himself is so genuine we truly feel for him, while it also has to be said that Zemeckis and Thompson struggle to work the devil-doll character Deja Thoris into the action beats required, when her purpose is to embody the self-doubt Carell’s likeable if lightweight lead doesn’t quite realise is eating away at him.

Overall, even if it arguably falls just short of pulling off a near-impossible task of simultaneously providing both joshing fun and thoughtful rumination, it’s still truly heartening to see Zemeckis, one of the true titans of American popular cinema over the past three decades, finding a new gear we perhaps never thought he had. As an absolute pioneer of digital-effects-led entertainment in the likes of Who Framed Roger Rabbit, Forrest Gump and The Polar Express, he started out technically ahead of the game, but more recent fare hasn’t always matched the sheer quicksilver verve of the Back to the Future trilogy. Here however, the technical aplomb is as joyful as ever, but it’s in its moral insight and barrier-breaking generosity that the film confounds expectations with a flourish.