Waiting for the Barbarians review: a vital portrait of an empire in decline 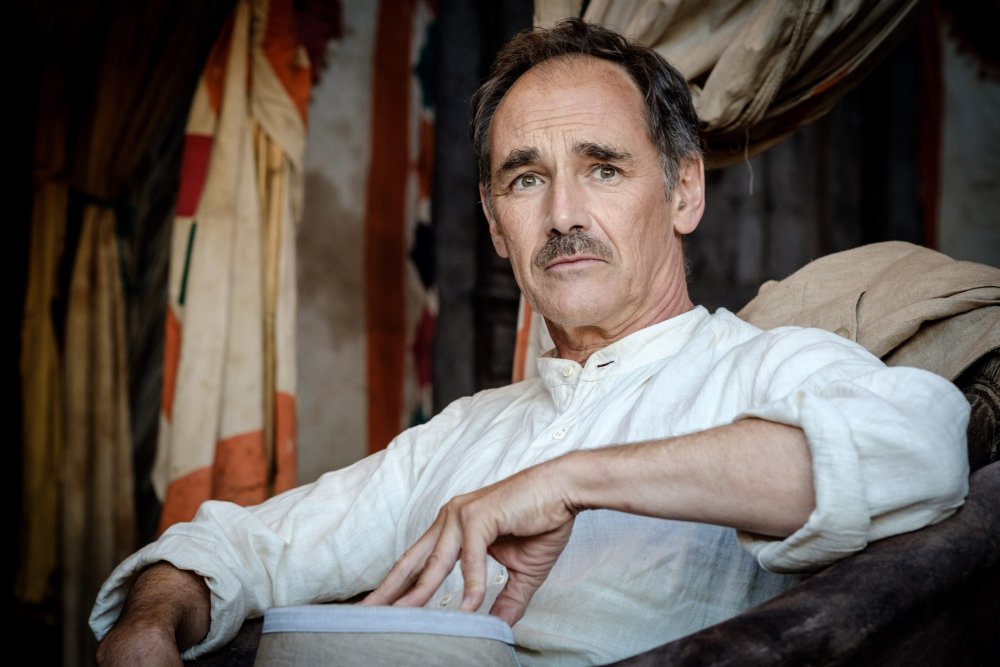 Mark Rylance as The Magistrate in Waiting for the Barbarians

“What are we waiting for, assembled in the forum?” So runs C.P. Cavafy’s poem from which J.M. Coetzee’s novel takes its title and the answer could well be returned: this film. Ciro Guerra’s first English-language feature is a parable of empire: its hatreds, violence and self-defeating psychosis. It’s a story that is sadly all too relevant today.

Mark Rylance plays the unnamed Magistrate, the “one just man” as he is sneeringly labelled later on, who is in charge of a frontier outpost where he regards his jurisdiction with benign indifference. There isn’t much crime – the jails are partly used as storehouses – and he spends his spare time retrieving poplar strips of old writing, which he happily treasures while being utterly ignorant of their meaning. He is an unambitious functionary, the disciple of a quiet life, happy to ‘nudge’ the world in the right direction.

The arrival of Colonel Joll (Johnny Depp, out of costume-party mode) throws everything into disarray. Sporting sunglasses as dark as his soul (for the wrinkles, he explains) Joll sets about interrogating the few prisoners and, through his preferred method of “patience and pressure” – otherwise known as torture – starts to build a self-serving narrative of ‘barbarians’ plotting in the mountains.

Soon expeditions are taking place; the jails are filled and both the population and the soldiers are brutalised by participating in, and witnessing, the violence. The Magistrate’s own pleas for humanity are dismissed and he is reduced to looking after one vagrant girl (Gana Bayarsaikhan) – namelessness is a thing here – who has been tortured. His decision to take her back to her people leads to his own arrest as a traitor and torture at the hands of the vile Mendel (Robert Pattinson). His fall is precipitous and his humiliation and torture cruel. 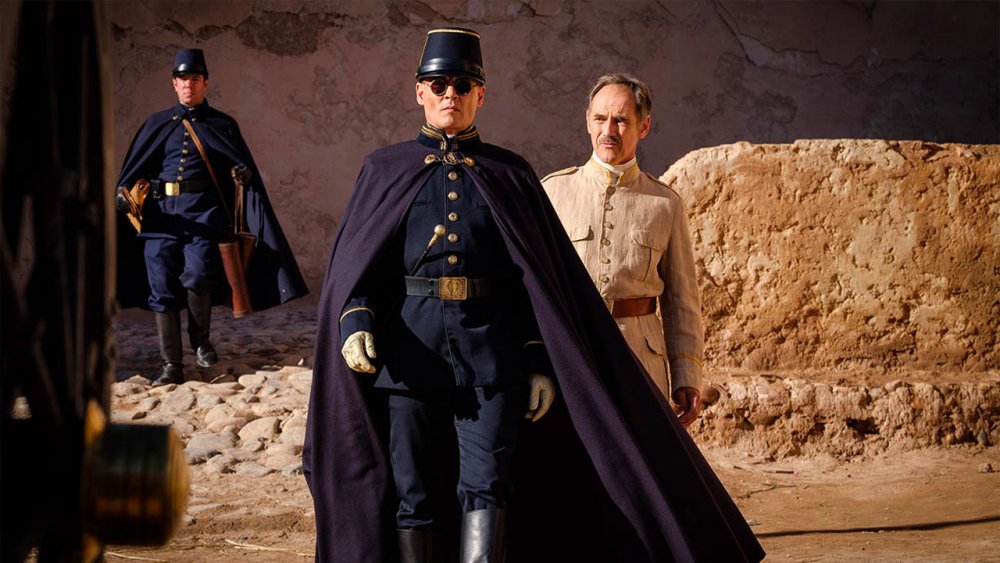 So far, so white saviour, one could argue. Were white people really the victims of Empire? However, the film shows the Magistrate is inadequately attempting to compensate for the violence of the system he represents. When he washes the girl’s feet, it is such an overtly Christ-like act that he literally faints, intoxicated by his own compassion, much to the girl’s amusement.

Likewise, his engagement with the locals and their culture is superficial. As noted, he doesn’t understand the writing he collects and, though he wears sandals and visits the local prostitute, he’s hardly gone native. He appreciates what he doesn’t understand and accepts the limits of his knowledge. His virtues – like Rylance’s performance – are softly spoken and expressed via small gestures, contrasting with the pantomime of sadism offered by the cold Joll and the more fanatical Mendel.

Coetzee’s screenplay – the Nobel laureate adapted his own 1980 novel – is complex and spare, full of tight aphorisms. “Truth has a certain tone,” Joll tells the Magistrate, suggesting it all has to harmonise with what he already thinks. There are constant references to eyes and blindness. Joll’s sunglasses make the locals believe he is blind, which in a way he is; eyes are torn out and the girl is rendered half blind after being tortured. In a truly stunning shot, the Magistrate peers into her dark unseeing eyes only to have his reflection loom towards him.

Although time and location are unnamed, the sense of place is well established by Guerra and Chris Menges’ camera is attentive to the texture of the fine details of the Magistrate’s office and quarters, and later takes on a surprisingly epic scope as we head out into the ochres, oranges and big skies of the surrounding wasteland for a journey that recalls the sweep of Lawrence of Arabia (1962) and The Sheltering Sky (1990).

Set over the course of little more than a year, the film uses the seasons as chapter breaks. This foreshortening and its self-consciously allegorical feel could make the story all too neat. And the message is hardly original. Shelley’s Ozymandias showed us how empires are all ultimately exhausted by time, collapsing under their own illusions of permanency. Yet Guerra’s film not only feels fresh – it feels vital, bolstered and humanised by a stunning portrait of quiet humanity by Mark Rylance.

Related to Waiting for the Barbarians review: a vital portrait of an empire in decline