Film of the week: Zama makes slow jest of a mouldering colonial mandarin 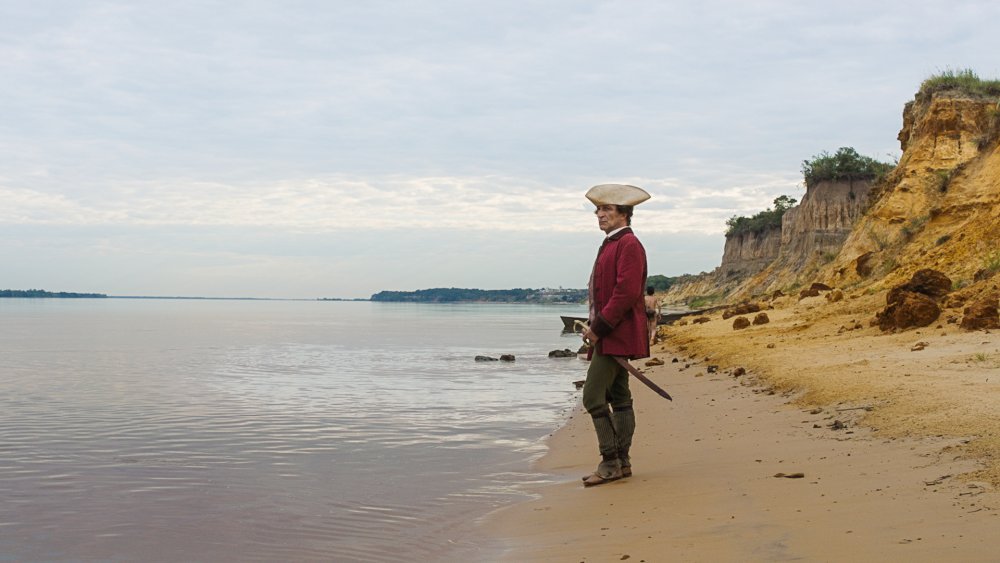 Daniel Giménez Cacho as the titular protagonist of Zama

Lucrecia Martel’s first three features, all set in her home state of Salta, Argentina, dissected a stagnant middle class festering in a pretence of affluence and moral superiority. All were linked to the country’s recent past: La Ciénaga (2001) and The Holy Girl (2004) evoked a crumbling bourgeoisie in the context of economic collapse; The Headless Woman (2008) mapped the strategies that facilitated the disappearance of 30,000 people during the 1976-83 dictatorship. On one level, Zama marks a series of firsts for Martel: shot in digital and set outside Salta, this literary adaptation is an existentialist period drama with a male lead and a deployment of non-diegetic sound. Scratch the surface veneer, however, and Zama displays many of the traits that have marked Martel as one of the 21st century’s most audacious filmmakers.

Adapted from Antonio di Benedetto’s 1956 novel, Zama takes its name from its sluggish protagonist, Don Diego de Zama, a magistrate working for the Spanish crown in an unnamed Latin American city, likely Asunción. The action begins in 1790, though Martel offers few pointers to time and place and the film makes no reference to the Catholic church or its role in the colonialist enterprise.

Zama (Daniel Giménez Cacho, best known from Arturo Ripstein’s 1996 crime movie Deep Crimson) is first seen looking out to sea rather than facing up to his responsibilities on land. Early impressions are hardly favourable: caught peering at a group of women bathing, he slaps the indigenous woman who dares to chase him away, revealing an angry temper and an arrogant sense of entitlement that pervades much of his later behaviour. Embroiled in a culture of corruption, where nepotism prevails, bureaucracy is Kafkaesque and favours can be bought and sold with little concern for human welfare, Zama is the embittered manifestation of a warped colonialist mentality. 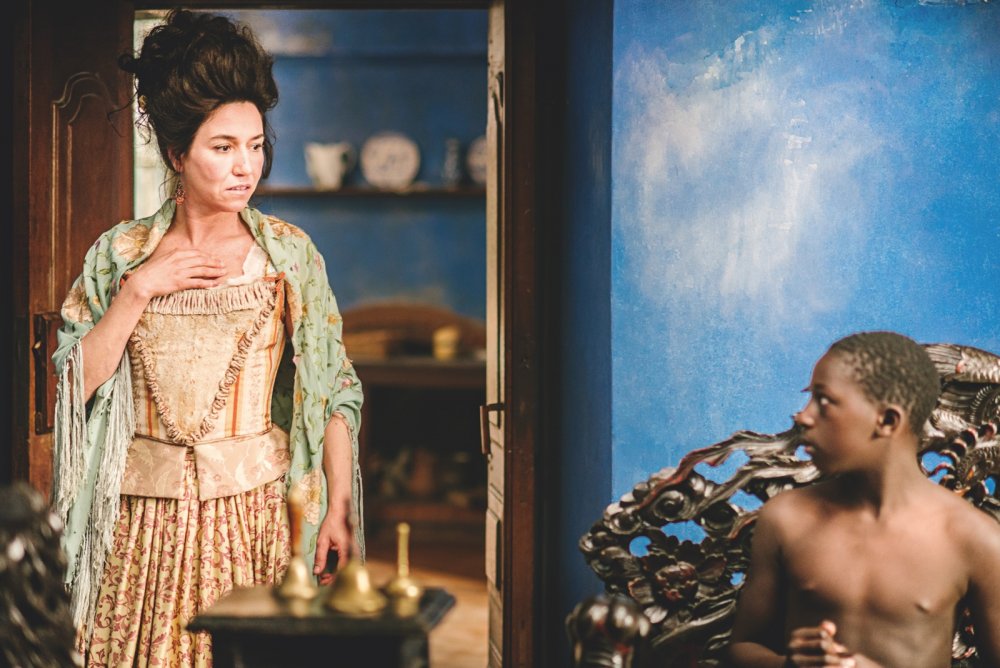 Zama’s fall provides the film’s narrative pulse. Born in the Americas, an americano rather than a Spaniard, his social superiority leads him to disdain his local environment. He claims to spurn indigenous women – even though he has a child with one of them – as part of a deluded strategy to position himself as categorically European in his tastes. Conversing with the gauche Spanish-born wife of the treasury minister (Lola Dueñas, on jaunty form), he alludes to an imagined Europe of elegant snow, perfumes and “Russian princesses wrapped in fur”. But this grossly mythologised Europe is one that, as the minister’s wife shrewdly observes, “is best remembered by those who were never there”. When a couple come to see Zama with their attractive granddaughter in tow, in search of 40 Indians to service their estate, he grants them their wish in recognition of their alleged lineage as descendants of the area’s earliest immigrants, even though they can provide no paperwork to support their claim. His glances to their granddaughter betray that his actions are motivated as much by lust as by social snobbery.

Zama waits in vain for his Godot – a posting to join his wife and children in what he perceives to be a more fitting location. In di Benedetto’s novel, the desired city is Buenos Aires; Martel swaps it for Lerma, the name originally given to Salta by its founder, the 16th-century conquistador Hernando de Lerma. Governors come and go – played by three actors to denote the passing of time – but the longed-for posting never materialises. 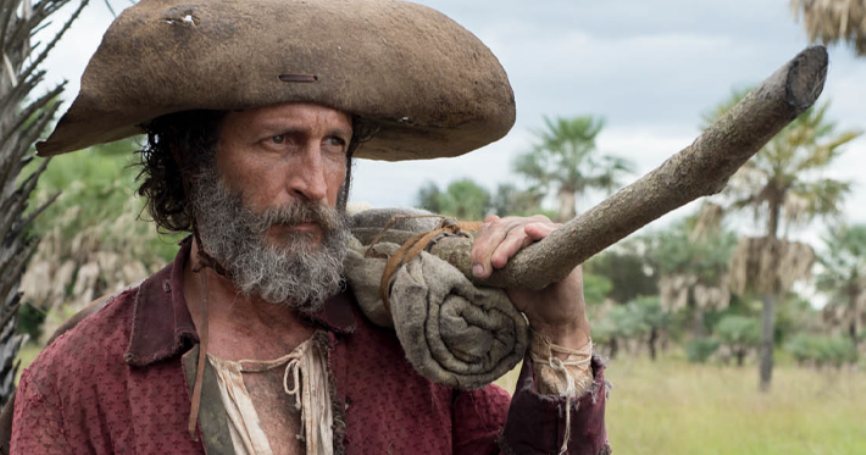 As in The Headless Woman, while the haves socialise, the have-nots service their needs. The indigenous people are positioned at the periphery: out of frame, they often feature as disembodied figures, washing and dressing their charges. DoP Rui Poças (Tabu, To Die Like a Man) creates a palette of saturated colours (mustard walls, vibrant green trees, the plum red of Zama’s jacket) that appear to be rotting on screen, emphasising the film’s landscape of putrefaction; ill-fitting wigs, soiled and sweat-drenched clothes, rotting corpses and instances of plague and cholera further reinforce this aura of decay. Soft focus and a shallow depth of field give the thin-lipped Zama central prominence, while simultaneously underlining his deluded perspective. His dialogue becomes less coherent as the film progresses. On a mission to hunt down the feared brigand Vicuña Porto – anecdotes of Porto’s heinous crimes remind the population of the need for firm colonialist rule – both Zama and the film itself venture into a delirious, almost surreal space where the sleep of reason produces monsters of the mind.

The sound design shapes the very texture of the film. From the opening sequence, where the intrusive hum of cicadas melds with rippling water and the noise of children playing, sound evokes the world – the slaves, the animals and insects – that the title protagonist tries to shut out. Working with regular sound designer Guido Berenblum, Martel opts for non-diegetic sound. Her deployment of the easy listening hit Maria Elena, recorded in 1958 by the indigenous Brazilian guitar duo Los Indios Tabajaras, may appear anachronistic, but it both binds Zama to the decade of di Benedetto’s novel and reinforces the film’s intersecting conceits and influences. These range from the quest focus of the western to the undermining of certainty that Martel so admires in horror films. The result is a beguiling cinematic journey through identity formation in Latin America, where the legacy of colonialism and its discontents runs deep. 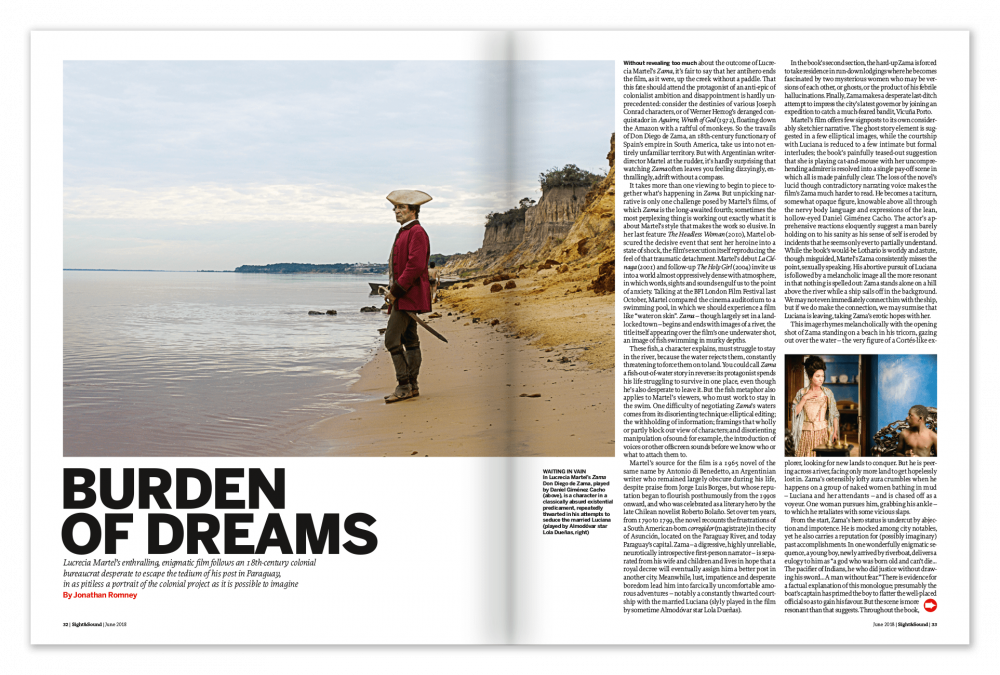 Lucrecia Martel’s enthralling, enigmatic Zama follows an 18th-century colonial bureaucrat desperate to escape the tedium of his post in Paraguay, in as pitiless a portrait of the colonial project as it is possible to imagine. By Jonathan Romney.

+ “Mystery is a constant fact of existence”

Argentinian director Lucrecia Martel explains what first attracted her to Antonio di Benedetto’s novel Zama, why the idea of seizing the day is just an empty slogan and what it means to be stuck. By Nick James.

Related to Film of the week: Zama makes slow jest of a mouldering colonial mandarin