In defence of Latin languors: The Third Side of the River, History of Fear, Beach of the Future and Aloft

Could Berlin’s quartet of Latin American competition entries be more red-blooded? A plea for restraint. 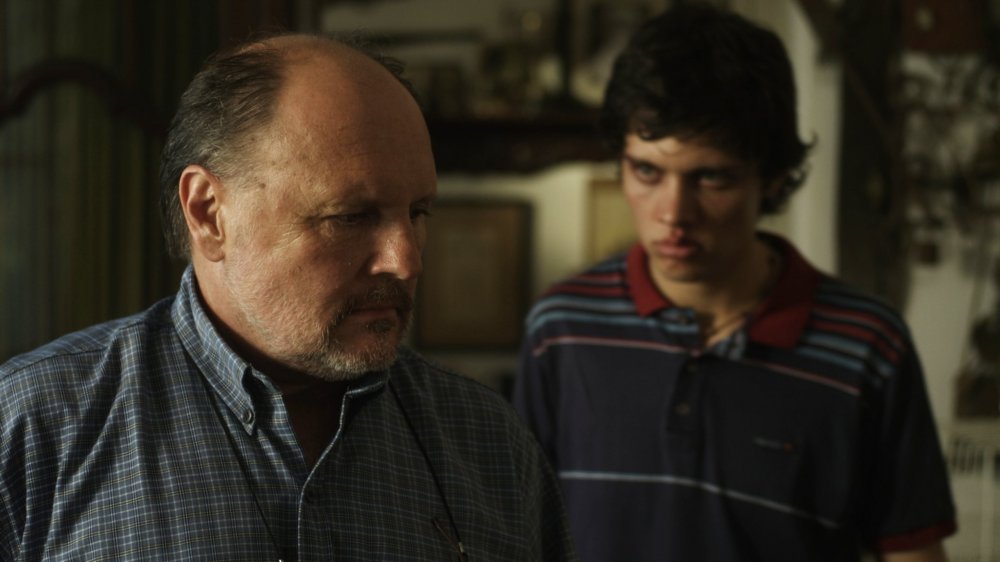 The Third Side of the River (La tercera orilla)

Latin American cinema has long been a cradle of “less is more” narratives – to the point that some are moved to retort that less can simply be less. The Latin American contingent at this year’s Berlinale – including four films in the main competition – brought the question to a head. But I can’t help feeling that even festival critics are becoming far less willing to meet a film halfway.

Despite the narrative languor of Argentine Celina Murga’s films, they always contain a thoughtful and emotional undercurrent. Her competition entry The Third Side of the River (La tercera orilla) is an impressive account of a teenage boy imploding due to very particular family pressures.

It opens with a favourite trope of her compatriot Lucrecia Martel: the leisurely depiction of family life, playful and intimate, before we see the dysfunction beneath the surface. Also Martel-like, the relations in the film are not immediately obvious.

The puzzle here is the father, Jorge (Daniel Veronese), a short, stocky, balding chap who in the opening sequence is lying down in a bedroom when his wife locks the door and starts to undress. Their furtive lovemaking as the kids play outside suggests a positive, comfortable environment. But when Jorge leaves the house, a cloud descends behind him.

In fact, this self-centred man left this family a long time ago, starting another elsewhere in town. But he maintains a foothold, popping in when he feels like it, paying bills and having sex as though he’s still a part of their lives.

In his absence, his eldest son Nicolas (Alian Devetac) is expected to be the man of the house. At the same time, dad is grooming him as his successor in every aspect of his busy existence – as a doctor, a landowner, even as a customer of prostitutes (the one role that his son resists). This oppressive macho mantle, for a sensitive boy who sees his mother’s agony, slowly brings him to the boil.

From another director, in another culture, this scenario would be awash in melodramatic incident. Murga compels us to watch and wait, her tightly-controlled narrative one of slow-burn, increasingly tense revelation.

Another Argentine, Benjamin Naishtat, has done well to get into competition at his first attempt. History of Fear (Historia del miedo) joins a list of Latin American films concerned with the class tensions sparked by gated communities, which includes the Mexican La Zona, Neighbouring Sounds from Brazil and Murga’s own A Week Alone. It’s an assured, and promising debut.

Buenos Aires is threatening to combust beneath a heat wave. Street lights suddenly go out, elevators break down, gunmen fire on people in the street, a naked man attacks a car at a toll booth and people in the most mundane situations hurl expletives at each other. Amongst them are the bourgeois occupants of a gated community in the suburbs, their equally well-off friends from the city, and the poor family that works as their servants – in particular a surly, introverted young gardener, whose presence adds something of the Greek weird wave’s ticking time bomb to proceedings.

With the aid of sly dialogue and inventive sound design, Naishtat creates a pervading strangeness and sense of foreboding. Yet some critics in Berlin felt that with his loose structure and wilful obliqueness he failed to reveal his intentions.

Essentially the same criticism was directed at Brazilian Karim Aïnouz’s Praia do Futuro (Beach of the Future). Yet this is to ignore the validity of Aïnouz’s deeply sensorial style of cinema, which is very well suited to the primary subject of all his films (including Madame Satã and Suely in the Sky), namely identity and the possibility of transformation.

Wagner Moura plays Donato, a lifeguard on the eponymous Brazilian beach, whose bond with the sea is so strong that his kid brother Ayrton nicknames him Aqua Man. Yet he’s about to break that bond. In quick succession Donato experiences his first fatality, falls for a gay German biker named Konrad (Clemens Schick) and moves, permanently, to landlocked, grey Berlin.

Beyond his attraction to Conrad, Donato’s total break with his home and family goes unexplained. When, years later, the grown-up Ayrton arrives in Berlin demanding answers, Donato has none to give.

With Donato, as with his prior heroine Suely, Aïnouz understands that the motivation for change is not always practical (family, money, job) but can be internal, psychological, emotional, and impossible to express. It would be interesting to see this film with explicatory scenes; would it be better? What Aïnouz provides is a fulsome celebration of male bonding and physicality; with the punchy pop-art palette of the Brazilian sequences and gliding pursuit of bikers in the German mist, it’s a work of great beauty. And when the three men, estranged brothers and estranged lovers, reunite on a European beach where the sea has receded to the horizon, the emotional payoff is incredibly moving. 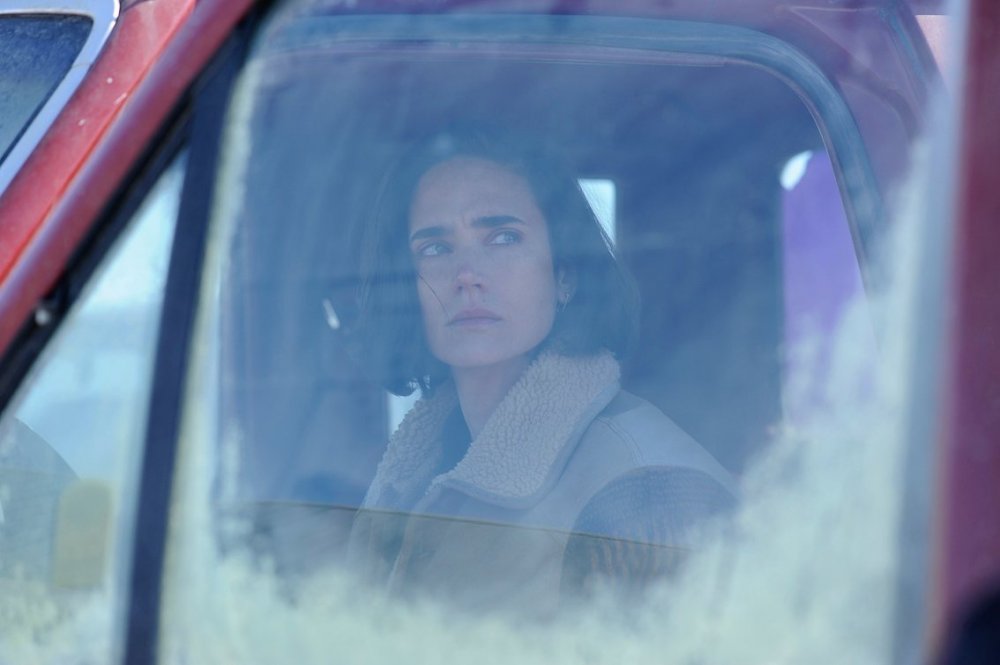 The Peruvian Claudia Llosa came to Berlin as a Golden Bear-winner for her previous film The Milk of Sorrow. Aloft, her first English-language film, should have been a step forward.

The director swaps the sun-scorched locations of Madeinusa and The Milk of Sorrow for a frozen Canadian landscape, where emotions are as icy as the locale. Jennifer Connelly plays Nana, a hard-ass mother of two, who realises that she may have healing powers but is unable to use them to save her youngest son.

Years later her other son Ivan (Cillian Murphy) hasn’t seen Nana since she deserted him. She’s since become a famed but reclusive healer and artist. Ivan agrees to join a journalist (Mélanie Laurent) in seeking to find her.

Structurally the film is fine, Llosa skilfully moving between the two periods of time, between the reasons for Nana’s disappearance and the present search for her. But having set up a tremendous maelstrom in the centre of the film, a heartrending guilt shared by a mother and son, Llosa sacrifices its potential to a denouement that buys into the psychobabble world of Connelly’s healer. In the case of this film, we really do wish for a return to some good old Latin American restraint.