The Resistance is all but futile as the First Order strikes back in this ominous midpoint of Lucasfilm’s ‘sequel trilogy’; but Mark Hamill’s Luke Skywalker gets his long-awaited cinematic due, Adam Driver’s turncoat Kylo Ren offers rare character complexity and Rian Johnson directs even the comic critters with wit and skill. 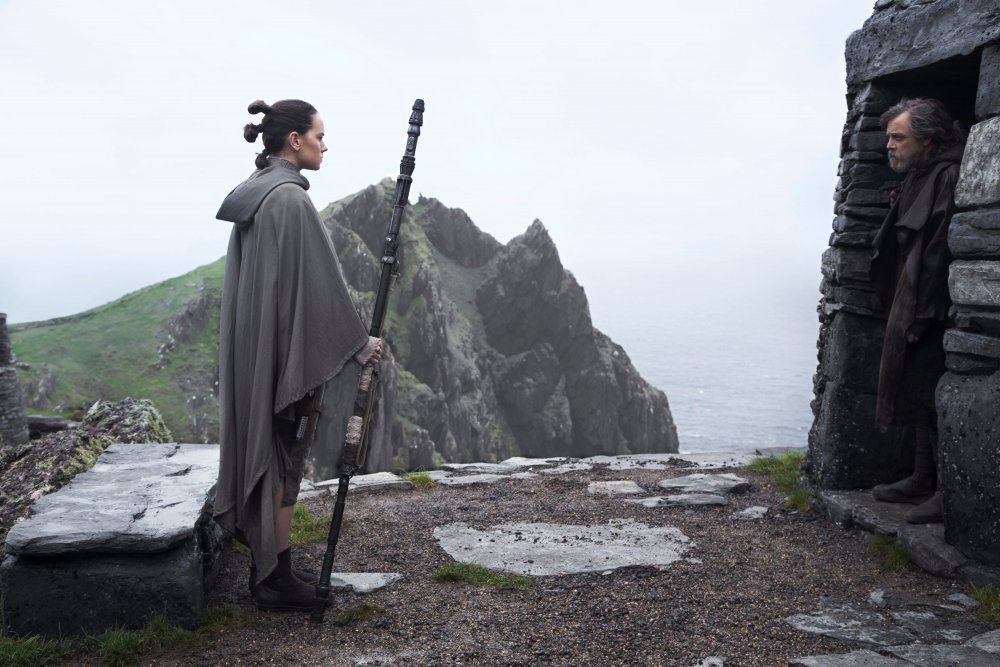 In his 1980 parody song Yoda (to the tune of The Kinks’ Lola), Weird Al Yankovic imagines the plight of Mark Hamill/Luke Skywalker circa The Empire Strikes Back: “The long-term contract that I had to sign says I’ll be making these movies till the end of time.”

The viewpoint character of George Lucas’s original Star Wars trilogy, Hamill’s Luke suffered somewhat – upstaged by his cooler friends and relations, removed from the happy ending allotted to Princess Leia (Luke’s putative love interest, until she turned out to be his sister) and Han Solo, and shunted off to be the equivalent of a hermit monk while the rest of the galaxy far, far away got on with business. While Harrison Ford became a major movie star/grouch icon and Carrie Fisher a notable writer/wit, Hamill was wandering through low-rent stuff like The Guyver (1991), Time Runner (1993) and the remake of Village of the Damned (1995), doing his most impassioned work as the demented voice of the Joker on various animated Batman projects.

For Hamill and Luke, Rian Johnson’s entry in the long-running series (given the pastiche of chapter-play format, it should perhaps be labelled a serial) is a belated opportunity to get their due. Glimpsed at the end of J.J. Abrams’s Star Wars The Force Awakens (2015), Hamill finally dominates a Star Wars film as a grizzled, regretful presence – a former apprentice turned master, contemplating his many failures yet returning with the grey gone from his beard for a climax in which he stands up to a ridiculously overwhelming attack (“Fire every gun we have at that man,” snarls his nephew-nemesis) and departs mysteriously. The previous instalment was a last hurrah for Ford in this universe – though Han Solo is due back in a prequel next year – but this is all about Hamill, with a side reverence for the genuinely departed Carrie Fisher (who cedes a little space to Laura Dern’s chic Vice Admiral Holdo). 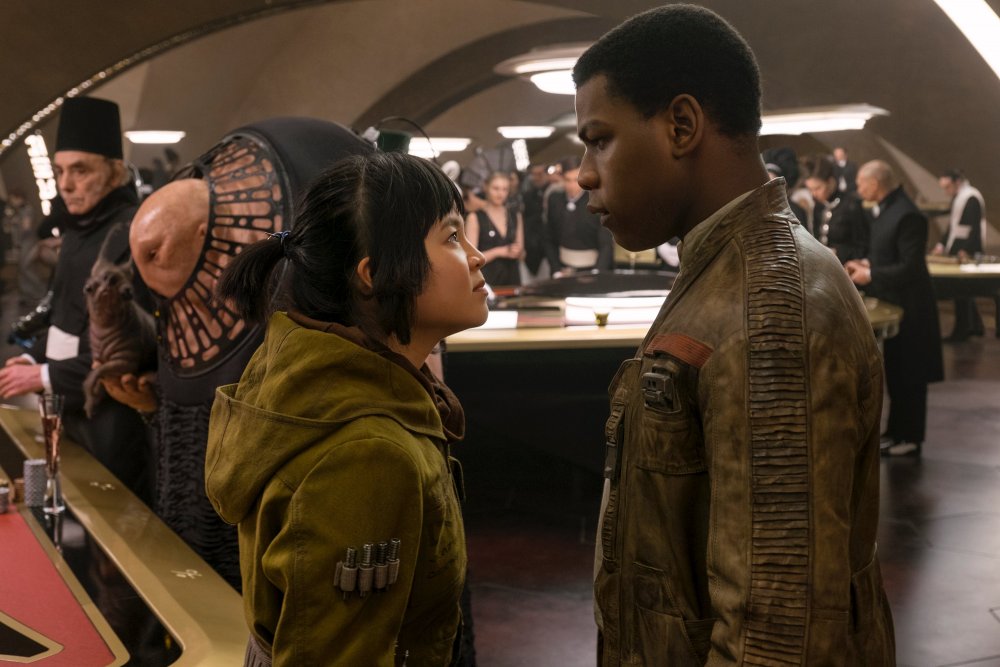 It’s a valedictory entry, as obviously patterned on The Empire Strikes Back as The Force Awakens was on Star Wars (1977), though Johnson plays more tricks on long-term fans who think they can detect where character arcs are going. In Empire, Luke and his master Yoda are separated from the rest of the gang on a spiritual retreat/training exercise; here, Daisy Ridley’s Rey nags the reluctant master to school her in the ways of the Force, while a large cast of old and new friends and enemies struggle through their own subplots and a great many awe-inspiring explosions.

Like Empire, this chronicles a disastrous period for the Resistance – a term, incidentally, taken from The Force Awakens and embraced by real-world critics of President Trump – because penultimate episodes must take us to the brink of disaster before a valiant rally in the final chapter. All the heroes’ plans fail – which means John Boyega and new face Kelly Marie Tran spend most of the film haring down a plot cul-de-sac – and the cause of good only avoids extermination by kamikaze gestures.

There’s plenty of emotion and spectacle, with Adam Driver’s Ben Solo/Kylo Ren the most complicated character in the entire saga, and a terrific final skirmish on a planet whose salty white topsoil churns to reveal blood-red dirt as men and machines scramble against each other. Johnson, unlike Abrams or Gareth Edwards in the 2016 flashback entry Rogue One, leavens political high seriousness and fan-service tear-jerking with enough charm and humour to prevent The Last Jedi becoming the biggest downer ever delivered at Christmas by the Walt Disney Company.

Star Wars has a poor track record with cuteness and comedy – no one is clamouring for the return of the Ewoks or Jar Jar – but the guinea pig/penguin/puffin-like Porgs, natives of Skywalker’s island retreat, infest odd corners of the film (and the Millennium Falcon) without becoming cloying. The neatest inside joke has what seems to be a shot of a landing spaceship turn out to be a steam iron, paying back a ribbing administered long ago and far away in the first and best of the Star Wars parodies, Ernie Fosselius’s short Hardware Wars (1978).

Chewbacca with a Porg

At one point, Johnson – probably the best director to sign up for the franchise and certainly the best writer-director – has droid R2D2 spur on a disconsolate Luke by replaying the ‘you’re my only hope’ holo-message from Leia that kicked off the whole saga in Star Wars. It’s an achievement that this particular tale of defeat and death – by the end of the film, the entire rebel alliance can fit in one small spaceship – can convincingly deliver its own spark of hope… an abused stable boy on a backwater world, head full of the tales of Luke Skywalker, plays with a broom as if it were a light sabre, and looks to the stars for adventure in a just cause.