Flight or fight? Studio Ghibli’s resident genius Miyazaki Hayao signs off with a deeply personal paean to aeronautics – and deeply ambiguous portrait of the artist as blinkered visionary. But what are his obligations to history? 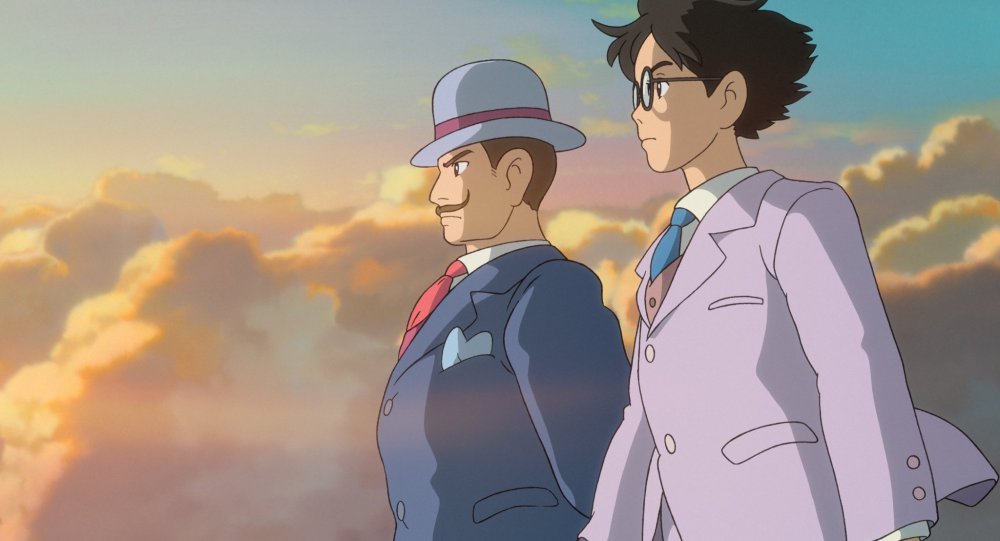 The Japanese animation director Miyazaki Hayao, best known for his 2001 fantasy Spirited Away, says that The Wind Rises will be his last film. While it’s very unlike Spirited Away in most respects, it’s similarly fascinating and baffling, with wild narrative lurches and seeming non sequiturs. It’s Miyazaki’s most atypical cartoon, yet it might be his most personal self-representation, a portrait of the artist as a myopic dreamer. The chief character is a historical figure, Horikoshi Jiro, the aircraft engineer who designed the Zero fighter plane used at Pearl Harbor, though his story is heavily fictionalised.

Japan 2013
Certificate PG  126m 35s
Writer-director Miyazaki Hayao
Based on his manga Kaze tachinu, loosely based on the story by Hori Tatsuo

At first, there’s no warning of how unusual the film will be. Presented in Miyazaki’s lush hand-drawn style, it opens with a bespectacled young boy climbing on to the roof of his house. He takes off in a tiny, sparrow-like plane over an old-world Japanese landscape. It could be the start of one of the filmic dream-trips for which Miyazaki is famous. Instead, just after some fabulous monsters appear, the boy wakes up.

Soon after, the same character, now a young man, is caught up in the Great Kanto earthquake of 1923, Japan’s worst natural disaster of the past 100 years. The scale is epic. There are massed crowds, Tokyo in flames and terrifying exhalations from the earth. There are also more dreams, theme parks of the imagination, as Jiro climbs around gigantic planes in flight, led by his Italian idol Giovanni Caproni, a moustached Michelangelo of aircraft design.

But much of the film takes place in a most unexpected territory for a Studio Ghibli film: that of grown-up work. In many scenes we see Jiro sitting in an office, at an artist’s desk, like those Miyazaki has sat at over his long career. It’s as if he’s declaring the holidays over.

True, the animation does a sterling job of enlivening Jiro’s labours – the character’s alert intensity belies his colourless politeness, and we see the beautiful flying machines riding winds in his mind. The script is deft in sketching the worldly issues Jiro chooses not to dwell on, such as why Japan is developing hugely expensive military hardware while the people go hungry. 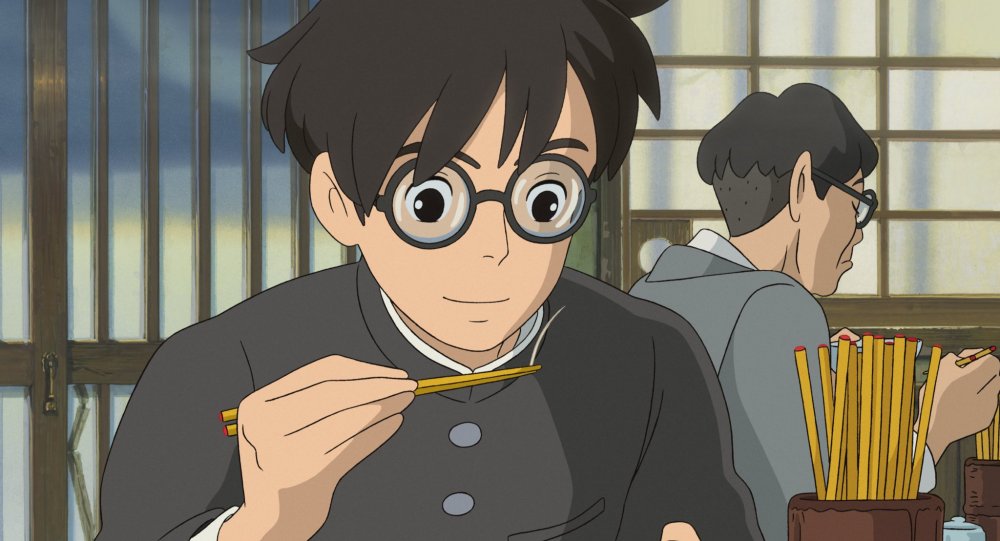 But Jiro’s successive projects and failings have little momentum; taken together, these scenes become boring. A populist filmmaker of three decades’ standing, Miyazaki may know this without caring. As (ostensibly) his last film, The Wind Rises feels like a statement of how Miyazaki has lived, an artist like Jiro, trying to articulate dreams in an industrial environment.

Some scenes towards the end of the film feel especially autobiographical – for example when Jiro is bustled between shouting clients (but doesn’t listen to what they say) and excites his awed young workers with his vision for what they can accomplish, like a director holding forth in his studio. If Caproni is Jiro’s dream self, Jiro is Miyazaki’s.

In the second half, the populist Miyazaki returns, offering a wholly fictional love story. Jiro meets a woman, Naoko, who’s the girl he helped during the earthquake, though she’s really lifted from the tragic fiction of novelist Hori Tatsuo.

Many reviewers have found the ailing Naoko wispily sentimental, a betrayal of Miyazaki’s more active heroines in earlier films. Yet her story is charmingly presented, never more than when Jiro courts her with paper aeroplanes, which he launches towards her balcony. This scene accords with an old ideal of animation, being told entirely through images and music. Despite the couple’s formality, their drawings convey passion. The film even gently confirms that, despite Naoko’s frailty, the lovers consummate their marriage on their wedding night. 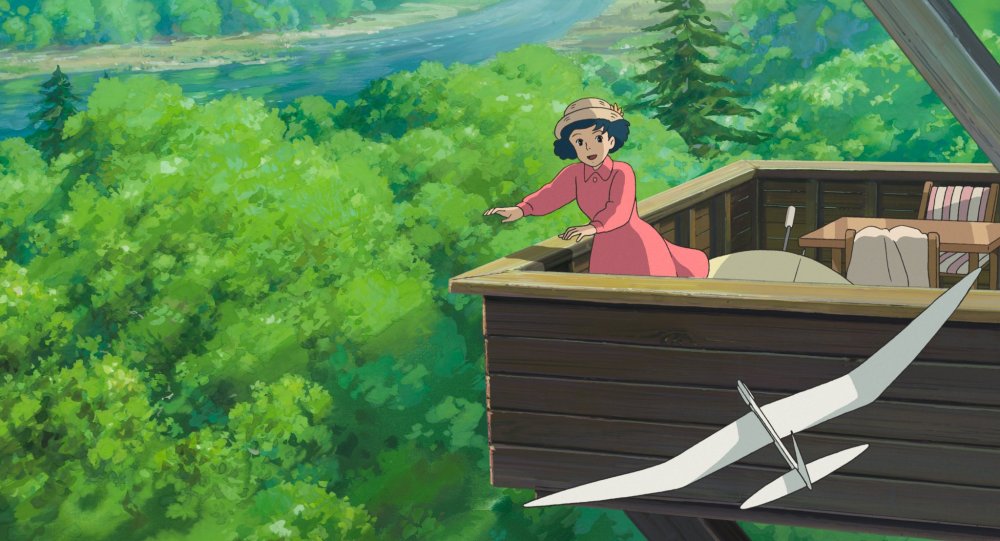 Afterwards, Jiro tries to reconcile his two rival passions, his art and his wife. One scene shows him working at home and holding Naoko’s hand as she falls asleep next to him. It’s a moment that is at once tenderly underplayed and melodramatically overstated.

More melodrama is provided by the animated weather, with Jiro and Naoko caught up in a torrential storm before seeing a rainbow. Naoko reacts: “Life is wonderful, isn’t it?” It might be Miyazaki’s response to the most famous line in the Japanese classic Tokyo Story (1953) – “Isn’t life disappointing?” – though he’s not necessarily contradicting it.

The film shows the terrible destruction wrought by Jiro’s planes, but only glancingly. Caproni says he prefers a world with pyramids to one without – is this an aesthete’s dismissal of the human suffering that pyramids and planes entail? For viewers paying attention, the script refers to the German engineer Hugo Junkers and his principled opposition to the Nazis, in implicit contrast to Jiro’s indifference. But the film judges Jiro for his failings as a husband far more than it criticises his political passivity. 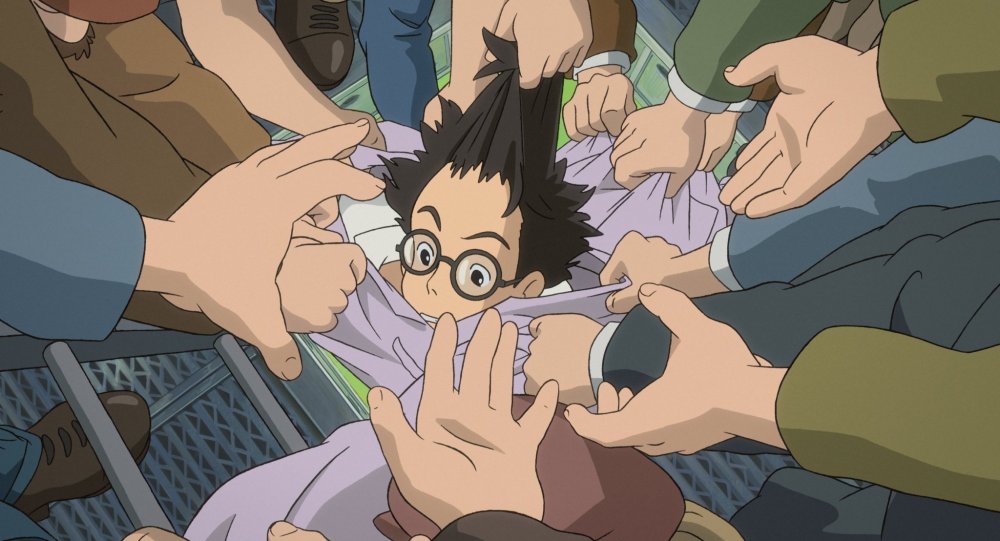 At the film’s arresting climax, Jiro attends his crowning professional (and military) triumph and is horrified when he realises that something terrible has happened and that he has been oblivious. We cut to Japan in flames again, all Jiro’s aircraft destroyed. Yet the whole film builds up Jiro as an admirable, romantic figure, separated from the military machine, which is depicted as impersonal and threatening.

This is no defence of Japan’s wartime conduct. The muddier issue is whether a 21st-century Japanese film about Horikoshi has any duty to condemn crimes facilitated by his inventions. The Wind Rises does not; instead, it abstracts and fantasises Jiro the artist and his lovely dreams of flight. 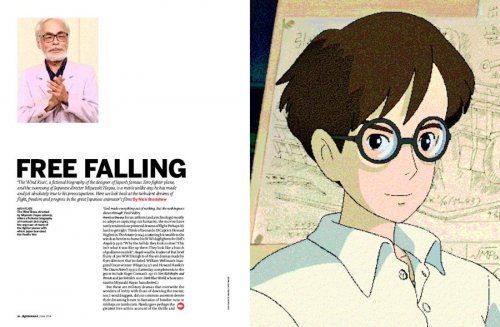 The Wind Rises, a fictional biography of the designer of Japan’s famous Zero fighter plane, and the swansong of Japanese director Miyazaki Hayao, is a movie unlike any he has made and yet absolutely true to his preoccupations. Nick Bradshaw looks back at the turbulent dreams of flight, freedom and progress in the great Japanese animator’s films.

+ Lessons from the master 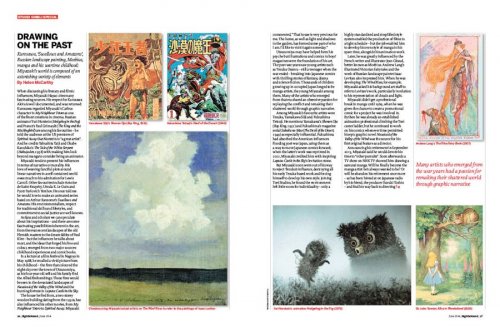 + Drawing on the past

+ The king is dead

Now that Miyazaki has announced his retirement, where are the Japanese animators who can carry on in the same tradition – and where are the ones who can start something new?  By Jasper Sharp.