Review: Tomorrowland – A World Beyond

Brad Bird and Disney venture a return to techno optimism.

from our forthcoming July 2015 issue 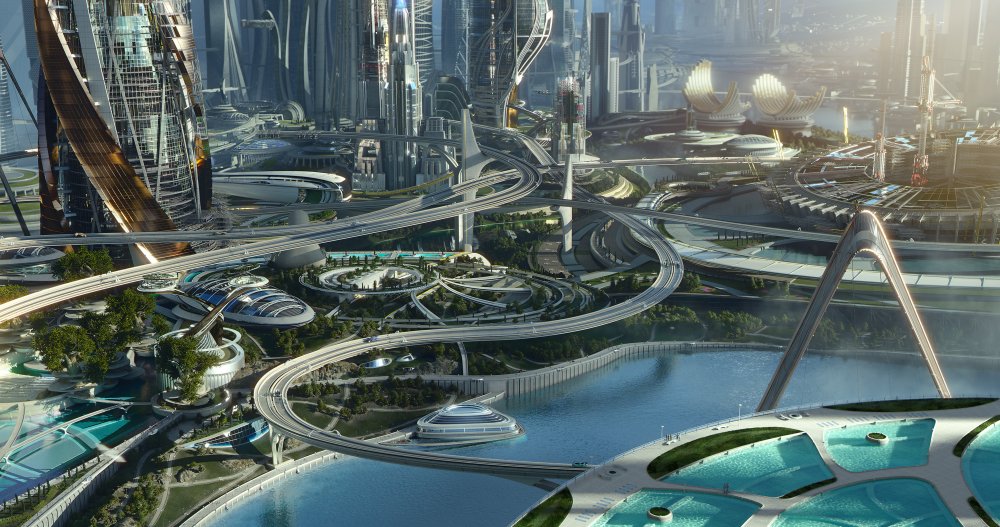 The eponymous city of Brad Bird’s Tomorrowland is an inventor’s haven, located in an alternate dimension. Here, free from government or corporate intervention, the brightest minds of their time work diligently to make the world a better place. That is until one invention – a Pandora’s Box of ill-will – threatens to bring the whole project, and life itself, to a halt, leaving an oddball gang of three, jaded inventor Frank (George Clooney), would-be astronaut Casey (Britt Robertson) and robot renegade Athena (Raffey Cassidy) to turn things around through a combination of tech-geekery and sunny outlooks. First, though, the ad-hoc family has to get there, fighting off android assassins as they race through time and space in a series of wacky contraptions, ranging from a flying bathtub to a clockwork rocket cunningly hidden in the base of the Eiffel Tower.

Inspired by Walt Disney’s belief in technology as the key to both a better world and better entertainment as much by as the theme-park ride from which it takes its title, Tomorrowland swims against the tide of much contemporary cinema, which has an ambivalent attitude, to say the least, to artifice and artificial intelligence. In ‘conceptual sci-fi’ films such as Her, Robot & Frank and Ex Machina, our inventions have the potential to improve lives, sure, but audiences are cautioned against becoming dependent on them. In these films, as the critic as Jonathan Romney has noted, ideas take precedence over effects. The furore surrounding Mad Max: Fury Road’s eschewal of digital FX suggests a backlash against the overweening prevalence of green screens and motion capture in blockbusters too. 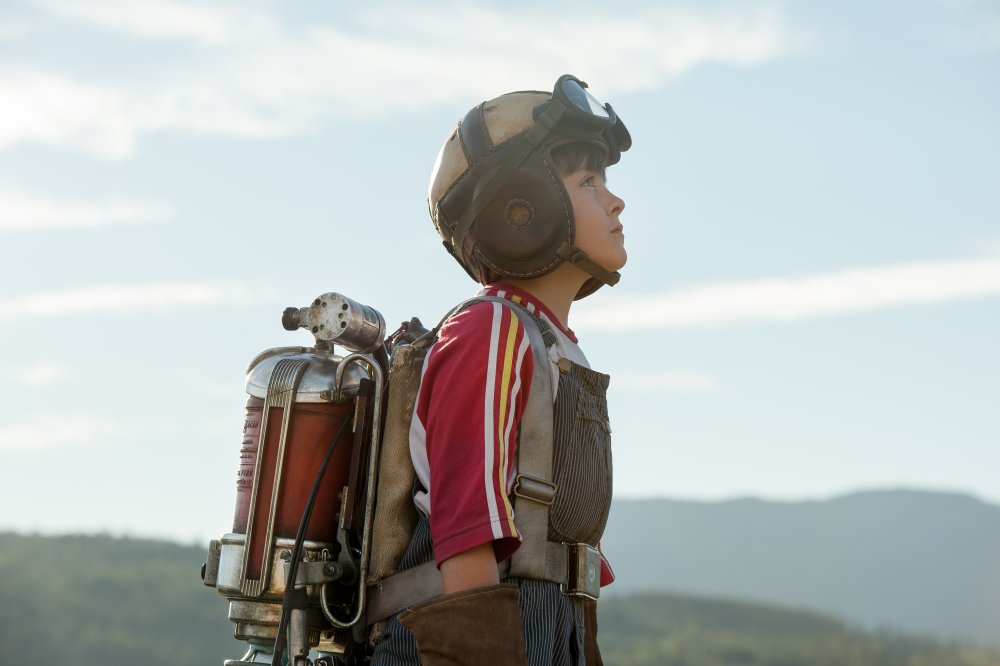 Tomorrowland’s production likewise demonstrates a preference for sets over screens: its fantastical location is in fact Santiago Calatrava’s City of Arts and Sciences in Valencia, augmented with purpose-built sets. But its narrative – and its aesthetic – offers a retrograde celebration of the promise of science. It’s no coincidence that the film opens with a flashback to the World’s Fair of 1964, five years before man first set foot on the moon; nor that its vision of utopia seems to have sprung straight from The Jetsons; nor that for the most part we encounter this brave new world through the delighted eyes of children. Aided by effervescent cinematography from DP Claudio Miranda, Scott Chambliss’s production design is wonderful in the most literal sense of the word, and as we first glimpse Tomorrowland alongside the young Frank (a brilliantly cast Thomas Robinson) and later Casey, adult viewers are plunged back into the cinematic marvels of their own youth, most overtly The Wizard of Oz but also Back to the Future, Flight of the Navigator and E.T., among others.

Harking back to an earlier age of enchantment, these stylistic nods are a world away from the arch self-referentiality of the likes of The Avengers. Indeed, the film is at pains to distance itself from the cynical apocalypticism of such works, notably in the searing monologue in which arch-villain Hugh Laurie lays the blame for humanity’s demise firmly at the hands of the “videogames, TV series, books and films” that repackage disaster for easy, apathetic consumption. The Hunger Games series, with its children forced into fast adulthood, springs to mind here. In contrast, Tomorrowland’s young heroines Athena and Casey are brilliant brainy girls who remain just that, retaining their innocence even at the cost of a romantic foil for George Clooney. (That said, there’s very little demonstration of Casey’s brains – “She understands things!” is about as far as we get.) 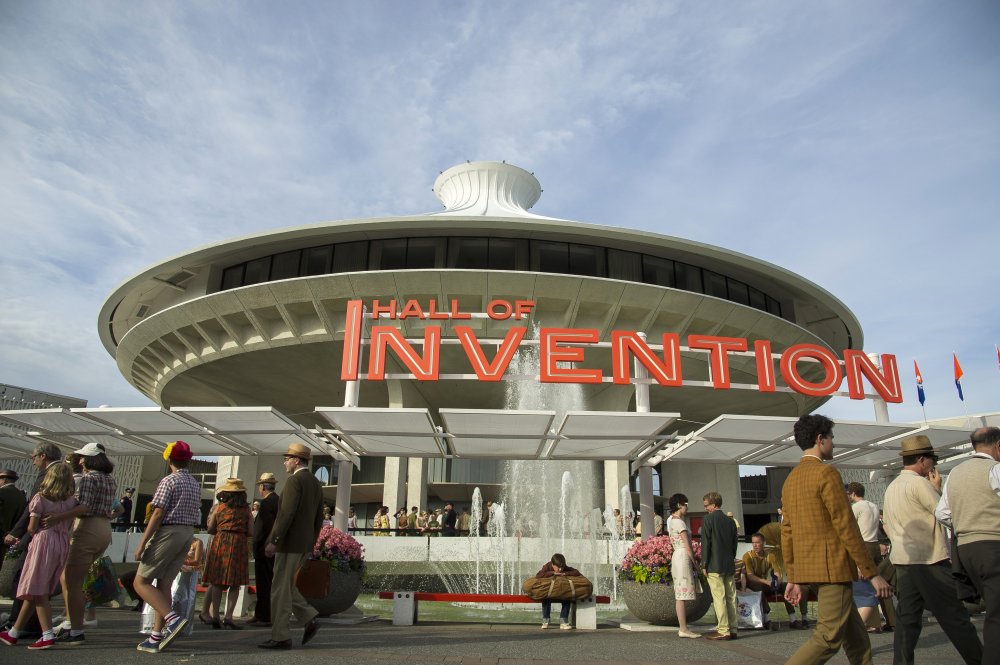 In form and theme, then, the film is Disney to its very core. Tomorrowland’s concrete and glass curves call to mind Frank Gehry’s Los Angeles concert hall as well as Epcot’s own architecture. That venue gets another nod through the recreation of its Small World ride at the World’s Fair, while the two named locations – Florida and Paris – are the sites of two of Disney’s other parks.

Of course, the fact that Tomorrowland plays in this respect as a feature-length ad somewhat compromises its ostensible admixture of earnestness, proselytising and genuine progressiveness. And its closing call to arms for humanism and environmentalism is so saccharine as to stick in the craw. Still, it’s a hard heart that would resist Clooney’s appeal to his audience to just – for once – be amazed.

Related to Review: Tomorrowland – A World Beyond