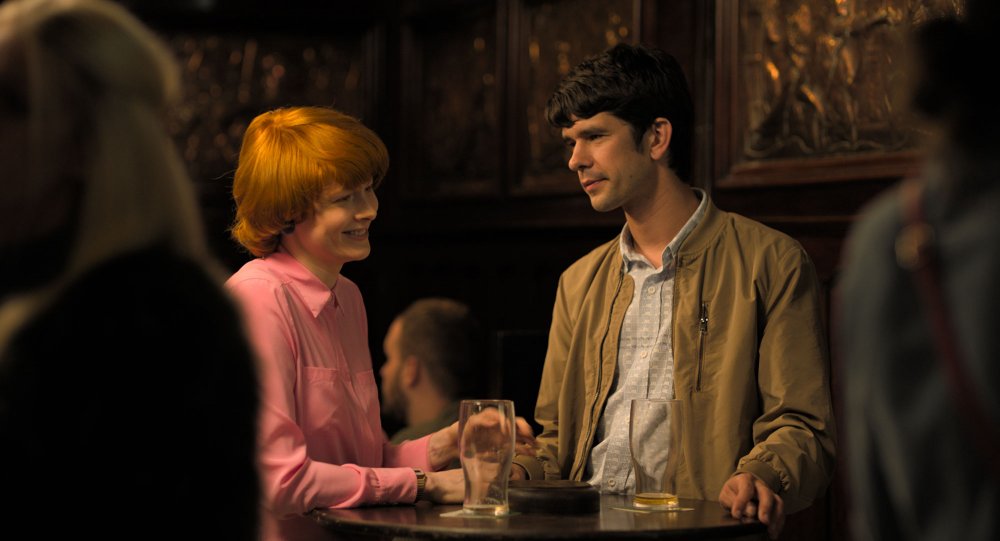 Two unruly women occupy the heart of Jessica Hausner’s quietly paranoid thriller Little Joe. On the one hand there is Alice, a bioengineer responsible for the creation of a new mood-lifting plant. Played by Emily Beecham (deserving Best Actress winner at Cannes last year), Alice is a cool, remote figure: dedicated to her work and uninterested, for the most part, in the romantic overtures of her colleague Chris (Ben Whishaw) or the drudgery of domestic labour. Every night, Alice returns late to her minimalist home to eat takeaway from cartons with her teenage son Joe (Kit Connor), after whom her plant is nicknamed. She is polite, enquiring after his day, but distracted. It is clear her real interests lie in the lab.

On the other hand there’s Bella (a typically brilliant Kerry Fox), a lab assistant about whom rumours circulate of a mental breakdown. Bella is besotted with her dog, whose skittering presence in the pristine lab seems like a manifestation of her own chaotic emotions.

These two women collide uncomfortably when Bella accuses Alice of having created a monster: ‘Little Joe’, she believes, is infecting those who come into contact with it, turning them into emotionless zombies obsessed with protecting the plant. Is she correct that Alice is indeed an unwitting Frankenstein?

Working with her usual team of DP Martin Gschlacht, production designer Katharina Wöppermann, costume designer Tanja Hausner and editor Karina Ressler, Hausner carves out an eerie atmosphere of studied artifice. Gschlacht pans evenly over the contents of the vast greenhouses like a CCTV camera, as the plants’ tendrils stir and almost murmur. Typically for Hausner’s films, many compositions are flat and symmetrical, allowing little point of entry: the team make magnificent use of Liverpool’s Georgian architecture to render the world beyond the lab just as sterile and box-like as that within.

But Little Joe also features a new type of shot for Hausner: spiky, angular, layering up glass and pillars and doorframes in a series of formations that seem to point towards the abyss. All of this is bathed in a strange, pastel palette of hospital green (canteen chairs, lab coats, rubber gloves) and Elastoplast peach-putty (Beecham’s satin blouses, her smooth bowl haircut), against which Little Joe’s crimson fronds make a violent smear. It’s intriguing that Big Joe’s Nikes, much commented on, are the only other flash of red in the film; and that red is a signature colour of sorts for Hausner, featuring prominently in both Lourdes (2009) and Hotel (2004).

Little Joe lacks the pathos of Lourdes (a film as much about the mystery of human behaviour as of divine miracles) or 2014’s Amour Fou, functioning like Hotel as a kind of artfully affectless genre piece. Comparisons have been made to Invasion of the Body Snatchers and Village of the Damned, but Little Joe is better placed alongside the recent Zombi Child, Atlantics and Little Monsters as part of a new strain of zombie film that suggests we are not so much possessed as already dispossessed – of our humanity, our emotion, our authenticity. What’s weird here is that the introduction of the sinister plant renders those it infects oddly anodyne; but in the lab and at home, social interaction is already deadened. Fox apart, the actors give still, robotic performances that recall early Lanthimos.

One way of reading the film, then, is as a commentary on late-stage capitalism: in a world of Facebook and Big Pharma, we have no identity left to lose, and by letting go of nostalgia for our ‘real’ selves we might all be happy. Certainly, this is the conclusion suggested by the closing piece of pop music – Markus Binder’s Happiness-Business – which is as on the nose as Christian Petzold’s use of Talking Heads’ Road to Nowhere at end of 2018’s Transit.

And yet the plant itself suggests the re-emergence of something repressed. Hausner is too subtle a filmmaker to be making an overtly feminist tract. Still… the final image lingers. Oddly phallic in bud, at the film’s end, fully unfurled, Little Joe resembles nothing so much as a flaming – unruly – vagina dentata.