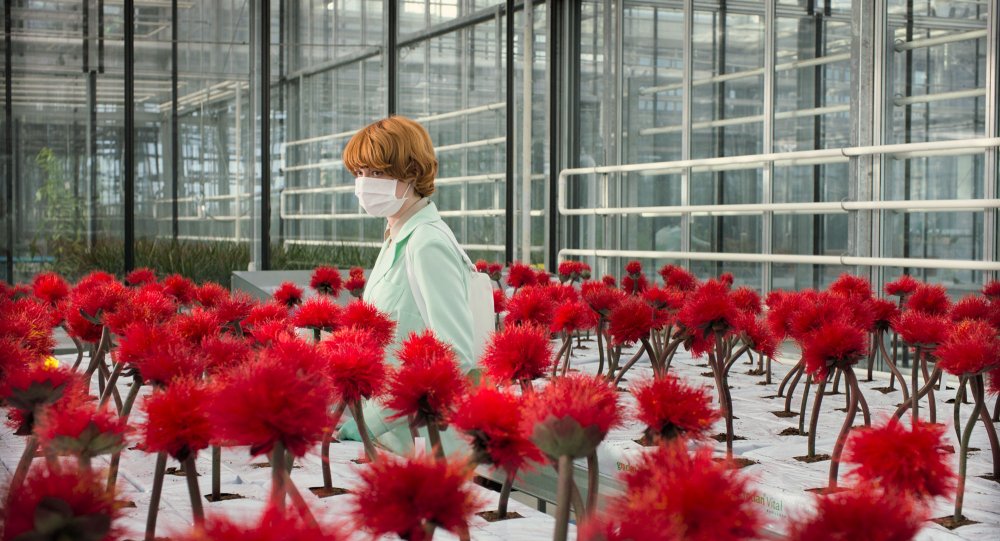 It was in Cannes that Austrian writer-director Jessica Hausner first attracted international attention with her 1999 short Inter-view and, more prominently, with her 2001 feature debut Lovely Rita; since then, with Lourdes and Amour Fou, she has gone on to become one of Europe’s most interesting young filmmakers, her only really disappointing feature having been Hotel, which played in Un Certain Regard in 2004. That was a kind of sci-fi or fantasy film which was rather too metaphorical for its own good; happily, this latest movie – her first in the main Cannes competition – is a far more satisfying foray into that same territory.

It centres on a divorcee mother, Alice (Emily Beecham), a plant breeder at a company researching and developing new species of flowers; she and Chris (Ben Whishaw) are designing a plant – which she names Little Joe, after her teenage son (Kit Connor) – which, if bestowed with loving care, produces a scent that makes people happy. But after an incident involving a dog belonging to her colleague Bella (Kerry Fox), which results in the owner having the animal put down on the grounds that it was no longer her dog, Alice begins to wonder about the effects of the plant’s pollen on those who come into excessively close contact with it; not just Chris but her son Joe, who’s very taken with a plant Alice secretly took home for him.

What ensues might just be categorised as a hybrid produced by crossing Invasion of the Body Snatchers with Little Shop of Horrors, though Hausner’s film – cool, calm and wonderfully precise in the way it establishes and maintains a mood of unsettling ambiguity – is far subtler and less generic than such a description suggests. Since Bella has a history of mental turmoil, we, like Alice, might initially dismiss her theories about the plant’s effects on the human brain as paranoia, but as the film progresses everyone’s behaviour changes just enough to provoke the questions: are their professed emotions genuine, and are they really who we have always thought they were? 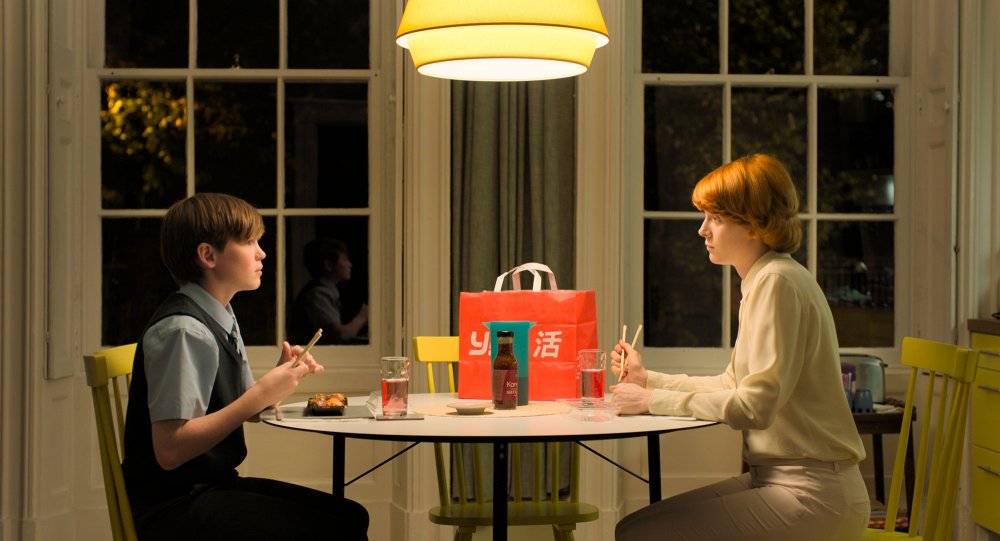 Kit Connor as Joe with Beecham

Alice herself changes, too, and because we increasingly view events through her eyes – though never entirely so – we are forced to ask ourselves whether she, rather than Bella, is the one who is paranoid. After all, her son’s sudden shift towards a more robust independence might be put down not to pollen infection but simply to his growing up; likewise Chris’s more distant attitude towards her might easily be the consequence of her having rebuffed his amorous advances.

The script, by Hausner and Géraldine Bajard, shows an astute grasp of the psychological and social dynamics of the family, the workplace, of parenthood and of gender relations. Thanks to the inclusion of a psychotherapist Alice visits (Lindsay Duncan), certain issues to do with guilt and suppressed desire are made explicit, but not in a clunky or over-emphatic fashion; possibilities of interpretation are simply sown into the overall narrative, which is balanced precariously but pleasingly between the fantastic and the real, between the analytical and the evocative, between the seriously philosophical and the darkly comic.

All the performances, too, sustain this balance beautifully throughout, while Martin Gschlacht’s crisp, fluid camerawork is at once elegant, eloquent and appropriately strange, ensuring that a potentially far-fetched premise makes for a consistently compelling mystery. The icing on the cake is Hausner’s use of music by Japanese composer Teiji Ito, which is hauntingly dissonant and occasionally, in its use of percussion, shocking.