Like a Boss review: this women-at-work comedy is a sorry business 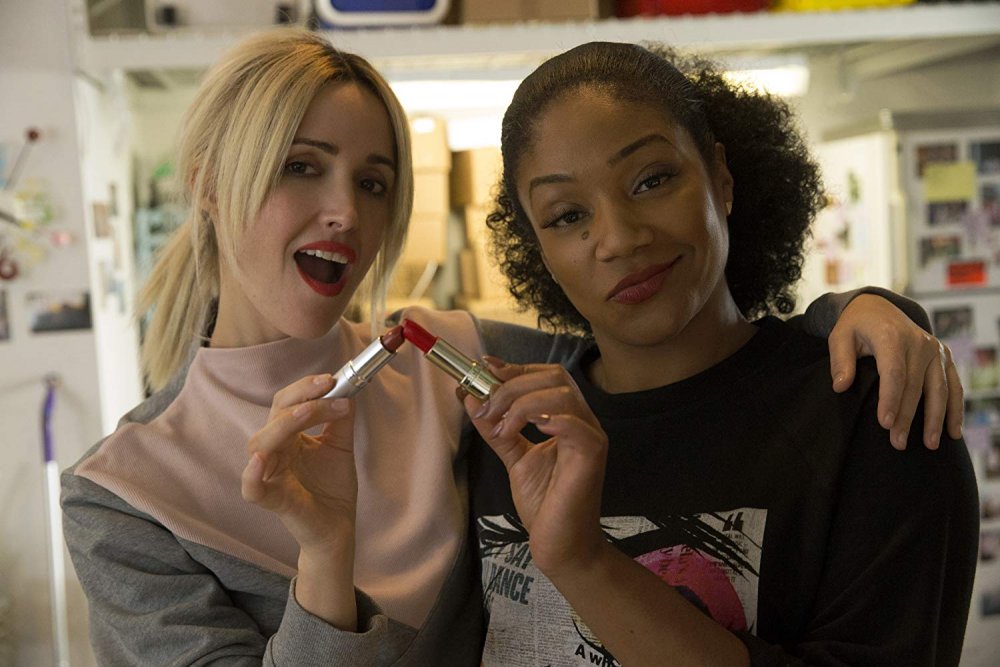 As a teaming of performers from two of the most successful Hollywood comedies of the past decade – Rose Byrne from Bridesmaids (2011) and Tiffany Haddish from Girls Trip (2017) – Like a Boss certainly fits into a template for energetic if sometimes crass crowdpleasers driven by a principally female cast. But, sadly, what this feeble effort by director Miguel Arteta mostly demonstrates is that not even the ebullience of its leads or the contributions of its many capable supporting players can save a script that makes little sense, characters who make even less, or gags worn out by overuse, starting with the obligatory grossout, this time involving goat’s milk.

Better things are heralded by the breezy early scenes that establish not just the chemistry between Byrne and Haddish but also their appealing generosity towards Billy Porter and Jennifer Coolidge, who walk away with nearly every scene they get as the duo’s employees. Playing a cartoonish villain who is mocked both for her accent and her figure, Salma Hayek fares less well, which is especially disappointing given that her last pairing with Arteta was Beatriz at Dinner (2017), a comedy with a far defter take on matters of women, work and money.

The fact that Byrne and Haddish’s characters are so easily bamboozled by Hayek’s conniving CEO strains credulity even by the lax standards of a comedy whose protagonists are frequently high. Likewise, for Hayek’s Claire to eagerly espouse the values of female empowerment and mutual support while ruthlessly undercutting the actual women around her is an idea for a sharper-toothed movie than this one.

Related to Like a Boss review: this women-at-work comedy is a sorry business