End of the Century review: a bittersweet series of Barcelona romantic encounters 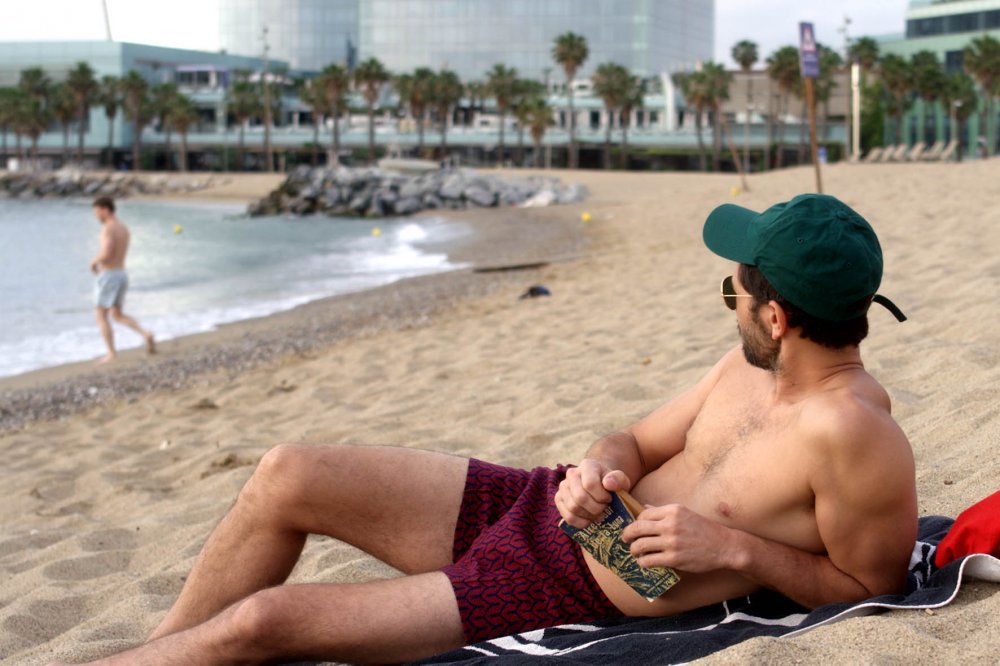 There is something of the narrative daring and quiet observational detail of Richard Linklater’s Before trilogy in Lucio Castro’s debut feature, the story of chance meetings in Barcelona between poet Ocho (Juan Barberini), visiting from New York, and children’s television director Javi (Ramón Pujol). Playing out over different time periods – 1999, 2019 and an imagined 2019 in which the two men have stayed together after their first meeting – it could so easily have been a schmaltzy ‘what if’ romance. Instead, a lean script and two outstanding performances charged with a palpable erotic chemistry result in a deeply moving reflection on the intangible aspects of encounters that resonate in unexpected ways.

This is a film that works through contrasts and juxtapositions. Maps and postcards orientate Ocho in 1999, while WhatsApp messages and PrEP shape his discourse 20 years later. In the present day, he extols the virtues of freedom – he’s just emerged from a 20-year relationship and has a presence on Grindr. Meanwhile Javi’s priorities become clear through his insistence they use a condom; and while he delineates the merits of an open marriage, he is committed to family life, with a husband and daughter in Berlin. Javi and Ocho’s 1999 conversations acquire a bittersweet quality when read against the men’s 2019 lives – Ocho hoped for a large family, Javi had never wanted children.

There is an assured confidence to Castro’s filmmaking. The movie’s languid opening, lasting 12 minutes, has no dialogue, focusing instead on Ocho’s routines as he showers, visits the beach and walks through the city, which is where he again encounters Javi. Ocho’s leisurely wanderings in Barcelona (in a partial pursuit of Javi) position him as a flâneur, linking the film to José Luis Guerín’s In the City of Sylvia (2007). Ways of seeing – whether it’s the men observing each other, or looking at works of art during a museum visit – become key in defining their characters and relationship.

There is an air of fragility, something almost otherworldly, in the film’s slightly washed-out palette, which connects to its themes of time passing and the elusive factors that determine how possibilities are taken up or not. The use of lines from artist David Wojnarowicz’s 1992 memoir Close to the Knives, which appear on screen as Ocho departs in 1999, points to transition as a way of life. And it is transition in the sense of fluidity between real and imagined futures which proves such a central motif in this eloquent, impressive film.

Related to End of the Century review: a bittersweet series of Barcelona romantic encounters