The veteran actor-director duo target Philip Green and the preening kleptocrat class with this satire of gilded follies, but they’re hitting a broad mark with a blunt stick. 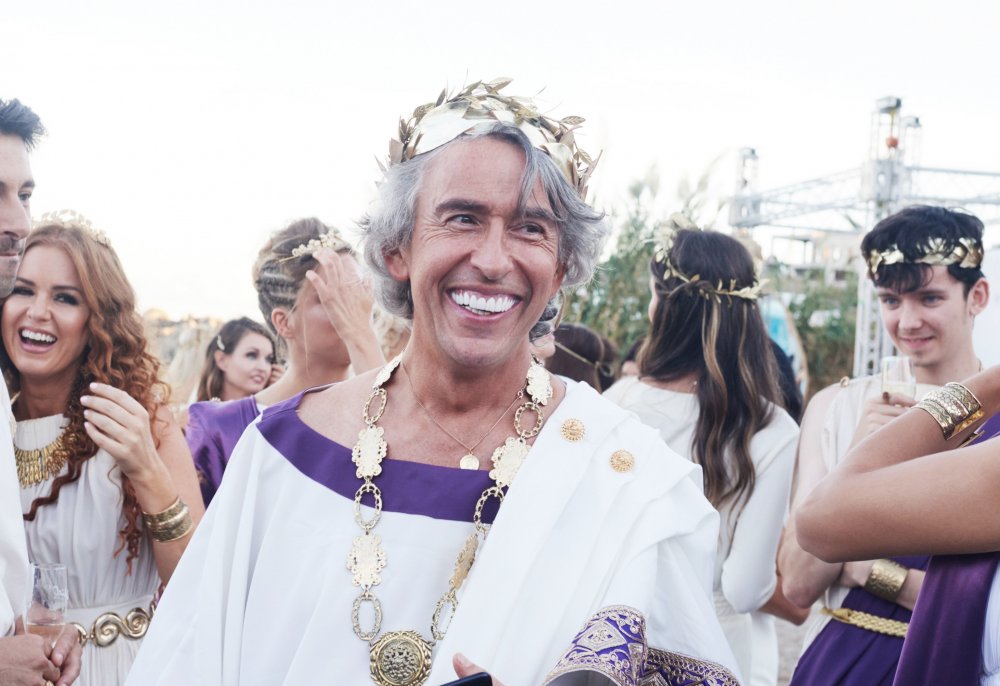 Steve Coogan and Michael Winterbottom have worked together so often at this point it’s difficult to tell them apart. Certainly they often bring out the best in each other – in the popular Trip series, of course, but also in the sly shenanigans of A Cock and Bull Story, and all the way back to 24 Hour Party People. Winterbottom’s films with Coogan have wit, energy, and mischief, a lightness that is not frivolous but acerbic and on point. So it’s too bad to have to report that their new collaboration, Greed, has more in common with their misjudged Paul Raymond biopic The Look of Love.

The idea is sharp. Clearly inspired by the excruciatingly objectionable Top Shop CEO Sir Philip Green, but taking aim at the calumnies endemic across every aspect of the rag trade, the movie is a political satire on the rampant excesses of unbridled capitalism.

Richard ‘Greedy’ McCreadie (Coogan) is about to turn 60. Smarting from the embarrassment of being hauled over the coals at a House of Commons select committee to explain the trail of bankruptcies in his wake, McCreedy means to throw a party so extravagant it will dazzle the doubters and silence any naysayers. He’s going to recreate a Roman amphitheater on an island in Greece, complete with gladiators, slaves and even a lion, buy in a glittering array of celebrities and invite the press to gawp. 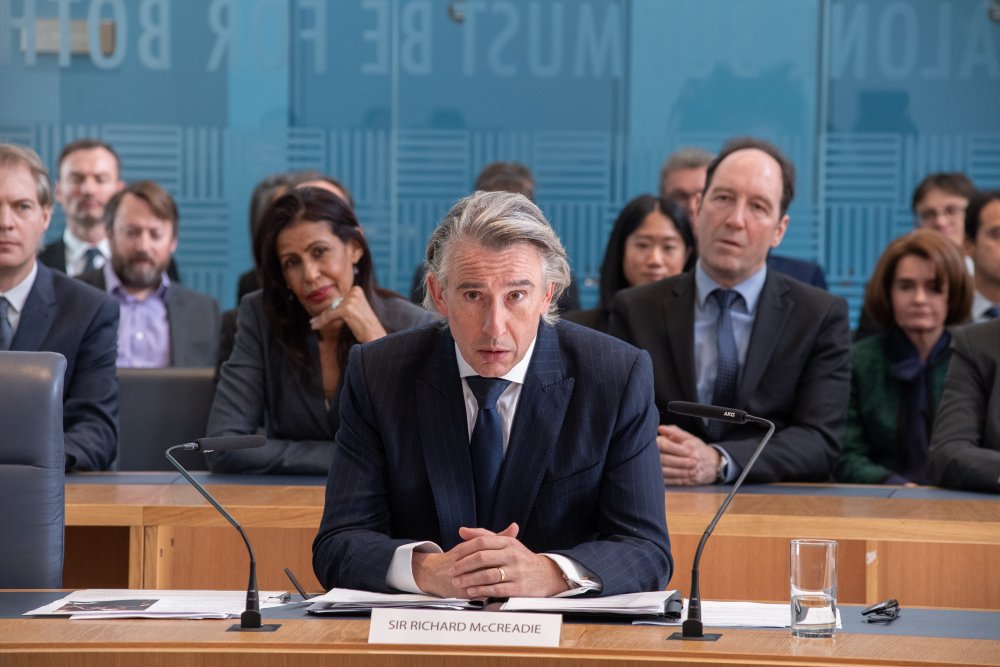 This PR offensive also involves a memoir, ghosted by a mild-mannered and submissive hack (David Mitchell), whose inquiries into Greedy’s rise and rise serve as a Kane-like biographical counterpoint to the calamitous party preparations (shades of Fyre Festival) and allow Winterbottom to remind us how Thatcherism spawned a generation of Greedys, young chancers exploiting every link along the chain.

The diagnosis is accurate. We see young McCreedy bullying south Asian garment factory bosses into accepting ever more marginal returns… flogging High Street brands until they flop… playing a shell game with the banks so that someone else is always footing the bill. It’s all distressingly true and well documented. But is it funny?

Not so much. And that’s problematic because it’s pitched for laughs.

Granted, it has its moments. McCreedy’s dim teen daughter going full method for the ‘reality soap’ she stars in (“But you’re playing yourself,” grandma Shirley Henderson points out, not unreasonably). There are piercing digs at pop stars who sell themselves for private performances and the unwanted incursion of Syrian refugees on the beach sparks some scalding satire. As for McCreedy, his unrepeatable exaltation on the psychological impact of fuschia (which he immediately repeats) is Coogan at his obscene best. 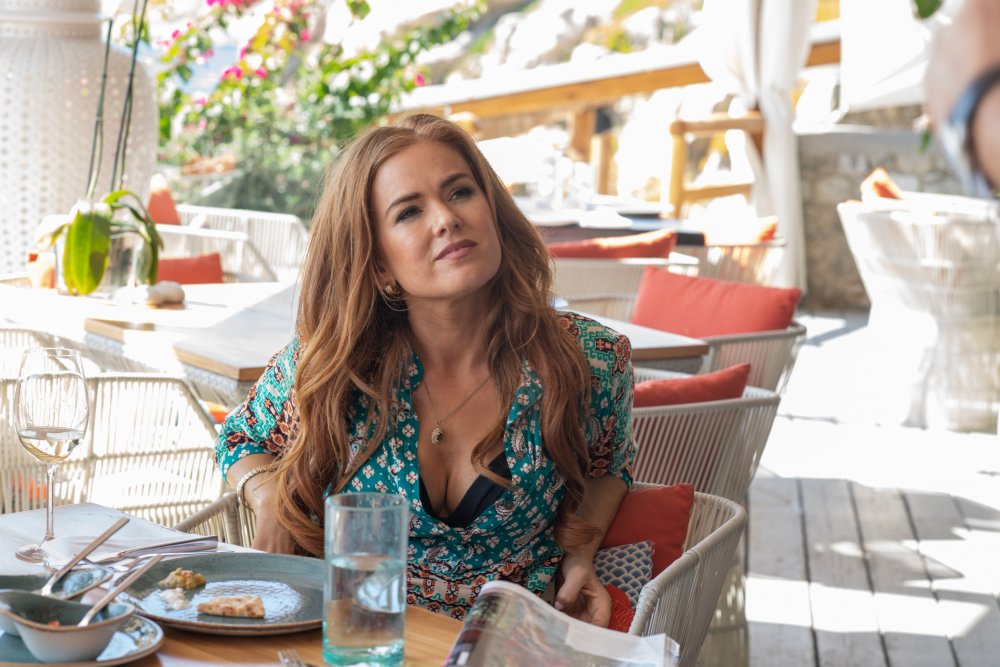 But too many scenes never land any jokes, or falter in a no-man’s-land between comedy and character drama. Sometimes the actors don’t seem to know what kind of movie they are in. Either way, the script – credited to Winterbottom “with additional material by Sean Gray” – is not tight enough to keep this balancing act up in the air. The film begins with the oft-quoted epigram from EM Forster, “Only connect.” But even as Winterbottom assiduously joins up the dots between banking, high street and sweatshops, the film simply never coheres.

Evidently shot on the fly, it’s visually an eyesore and loosely stitched together with gaudy video montages and overused pop music cues (Money Money Money, anyone?). Winterbottom is nothing if not prolific and Greed couldn’t be more timely, but you have to wonder if another six months in development – some authentic tailoring – might have all the difference.

See all our TIFF coverage