Film of the week: Nebraska 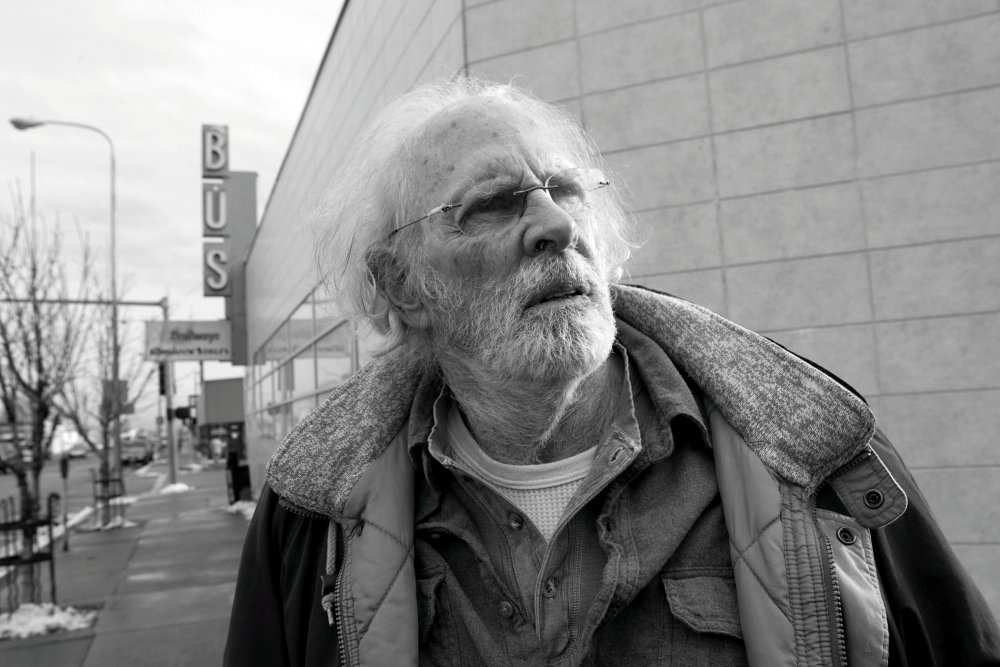 It’s been over a decade since Omaha-born Alexander Payne last traversed, cinematically at least, his home state. Jack Nicholson’s retired widower took to a Winnebago Adventurer in 2002’s About Schmidt, searching for meaning in a life no longer sustained by a wife and an insurance job. Now 77-year-old Bruce Dern plays befuddled alcoholic wastrel Woody Grant, who hits the road with a ‘prize certificate’, aiming to collect the $1 million he believes he’s due from a junk-mail marketing office in Lincoln. Driving him is his exasperated fortyish son (SNL performer Will Forte in more serious mode), well aware that his dad has fallen for a scam but unable to persuade him otherwise.

It’s a scenario rich with both absurdly comic and ruminatively elegiac elements, but the black-and-white camerawork foregrounds the sadness, making everything look more serious and older. Black-and-white is a defiantly uncommercial choice, which (as with Peter Bogdanovich’s The Last Picture Show) lends a sense of dignity, perhaps even iconic stature, to a scuffed, everyday corner of Middle America, echoing the Depression-era images of Walker Evans and Dorothea Lange. The 21st century’s own economic downturn has taken its toll here too, for the ravaged main streets and struggling communities Payne captures this time around stand in marked contrast to the quirky tourist byways he picked up on when he passed this way with Schmidt.

The tone has shifted in the meantime as well, dialling down the somewhat sardonic amusement at the foibles of provincialism that has been evident to a greater or less extent in Payne’s filmography to date, instead foregrounding a sense of individuals desperately struggling for some sense of worth as their lives slip away from their grasp.

Dern, great icon of American cinema’s pre-Star Wars golden era that he is, turns in a performance that’s affecting for its sheer lack of affectation. He has played kooky and wigged-out so often that he’s even dubbed his sundry tics and caprices ‘Dernsies’, yet there’s none of that here. Instead he disappears into the part in a way Nicholson never did with Schmidt. It’s exactly what’s required, since Woody Grant is pretty much lost in an internal fog, operating day by day on a level of maddening obtuseness that affords only fleeting glimpses of the man he used to be.

The result is certainly not the most ingratiating of Payne’s movies but it’s hard not to be impressed by the way it holds its nerve, refusing to give Woody any grandstanding cri de coeur speeches, never going soft on us, but shaping the contours of the road-trip narrative so that the son’s growing realisation and acceptance of his father’s largely wasted life and irreversible decline are seen as the self-knowledge he himself needs to deal with his fortysomething malaise. 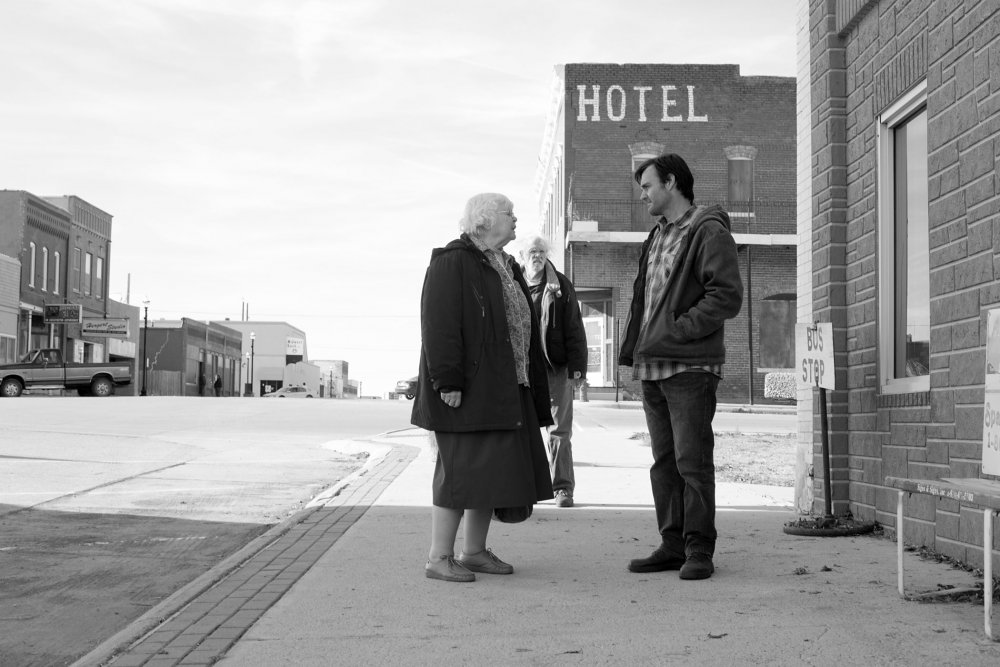 For a filmmaker who’s been acclaimed for achieving a novelistic sense of psychological richness, often adapting literary sources and using voiceover to spell out the characters’ feelings, this very spareness feels like a new chapter; here Payne is as willing to let looks and glances carry the emotions as he was in that lovely closing family sofa scene in The Descendants (2011). Forte’s adeptly attuned contribution works beautifully in the circumstances, with many micro-shades of frustration, suppressed anger, disappointment and deep familial affection readable in his hangdog expression. (Perhaps the whole approach can be traced back to the fact that this particular project differs from its predecessors in coming from Bob Nelson’s original screenplay rather than the slightly leftfield novels Payne and his erstwhile writing partner Jim Taylor have previously chosen to adapt.)

As with all Payne’s films, there’s a marvellously lived-in feeling to the relationships in the story, particularly evident as more of Woody’s past comes to light in an enforced stay in the town where he grew up and where he has extended family he sees little of. The poised framing of the travelling sequences and local scene-setting, which suggest that whole swathes of this Middle American heartland are in the midst of a deterioration as sad and inevitable as Woody’s, come across as slightly self-conscious in context, though definitely less jarring than the doltish cousins who are the one misjudged concession to knockabout humour.

These are minor cavils, however. Overall, this intimate, insightful character study is affectingly true to itself, a heartening sign that a major American filmmaker is on confident form as he develops and deepens his craft.

Also in the January 2014 issue of Sight & Sound

With his idiosyncratic, gently comic films, the director has shown a canny ability to walk the line between mainstream acceptance and indie credibility – and his latest, the bittersweet black-and-white road mvoie Nebraska, is no exception. Interview by Neil McGlone.

The Actors: Bruce Dern: “It was the opportunity of a lifetime”

The star of Nebraska explains what drew him to the near-silent role of Woody Grant, and casts his mind back over 50-plus years in the fray. By Nick Pinkerton.