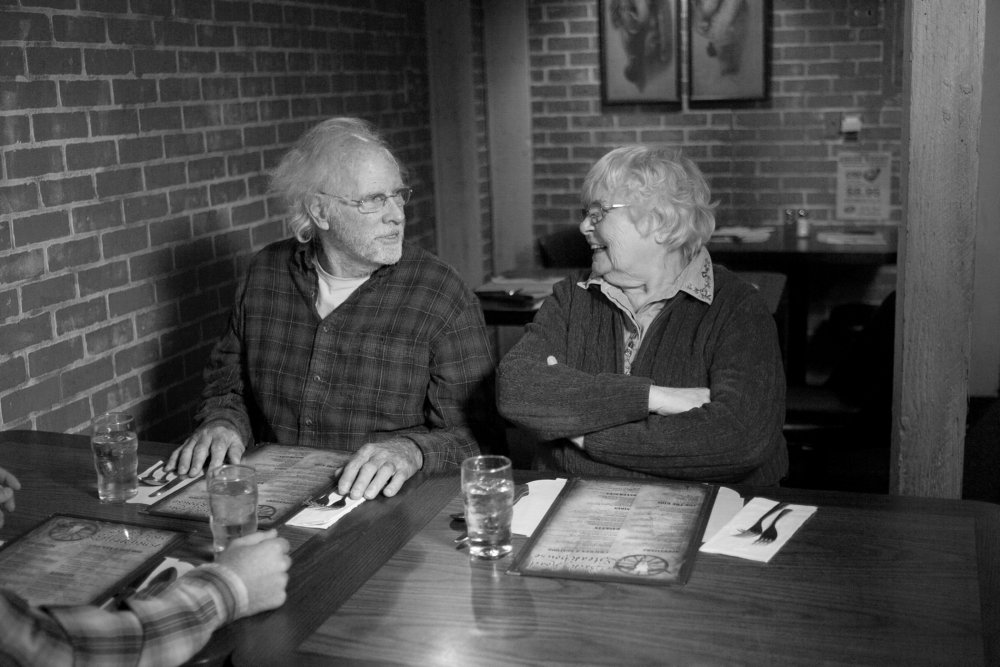 What a great set of prizes it turned out to be. I’m impressed that the jury picked out Amat Escalante for Best Director. Heli was one of the films shown early, a torrid family drama about passivity and violence in Mexico in which a father and his teenage daughter pay for her doting on a not very bright soldier/thief. Brilliantly put together, it was dismissed as a candidate by most because of its torture scenes and is the kind of quiet triumph that tends to get forgotten by juries.

I wasn’t expecting Bruce Dern to win either, because Michael Douglas as Liberace seemed such a shoo-in for that award, but again I’m glad that the quieter effort won out. Dern’s portrait of a man on the cusp of dementia was a ornery treat in Nebraska, Alexander Payne’s almost note-perfect calm and comic evocation of the eccentricities of Midwestern life, shot in pencil-sharp monochrome.

I was less impressed by Bérénice Bejo’s victory for playing the dilatory divorcee in Farhadi’s disappointing The Past, although that decision was ameliorated by the unprecedented splitting of the Palme d’Or between Abdellatif Kechiche and his two actresses Adèle Exarchopoulos and Léa Seydoux, which I’ll come to shortly.

The Grand Prix for the Coens’ portrait of a folk scene also-ran Inside Llewyn Davis was a predictable solution to the problem that these guys have won the Palme before and Best Director a couple of times, and screenplay for Jia Zhang-ke seems a fair acknowledgement of his vivid achievement in weaving together several true life stories for A Touch of Sin.

The Jury prize for Kore-eda’s Like Father, Like Son was confirmation that a film so close in temperament to jury president Steven Spielberg’s own was never likely to go away empty-handed, and it is a very subtle study of an unusual problem: what do you do if you discover that the five-year-old son you raised was actually someone else’s and was swapped maliciously for your own after birth?

While I was absolutely held for all of its three hours by the relationship drama Blue is the Warmest Colour, which is arguably more about sexual passion and infatuation than it is about love, and do agree that it is one of the finest films shown here, I also think it was greeted so enthusiastically because it came straight after the disaster that most people agree at this point was Nicolas Winding Refn’s Only God Forgives.

The reputations of both these films will probably encounter some adjustment over the next few weeks and months. But in the meantime we congratulate all the winners and commiserate especially with Paolo Sorrentino, who for me deserved at least a small bite of the cherry.