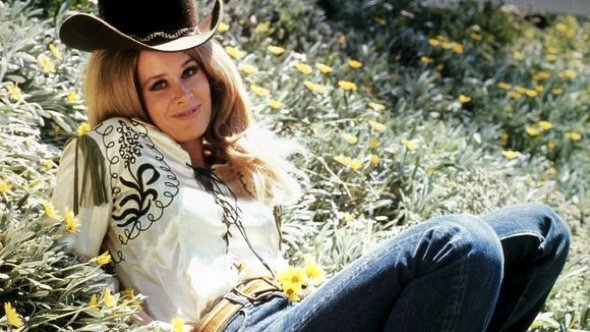 The ending of Five Easy Pieces (1970) would be merely mortifying were it not for Karen Black. Her presence makes it heartbreaking. As Bob Rafelson’s classic film concludes, Rayette Dipesto (Black) stands alone in the lot of a gas station, her knees knocking in the cold of a Pacific Northwest morning. Her moody, splenetic boyfriend Bobby Dupea (Jack Nicholson) has terminated their relationship by thumbing a ride on an 18-wheeler, but she does not know that yet. Bobby gutlessly cut and run while Rayette was inside getting some coffee, so she anxiously tries to find him. The shot is taken from a great distance, making Black look like a stick figure, but by then we know her character so well that we do not need to see her face to know her horror.

Black, who died last week at the age of 74, gives Five Easy Pieces its quiet soul. The screenplay by Carole Eastman does all it can to make Rayette as annoying as possible. A waitress who has to be reminded to remove her nametag from her outfit, she clings to high-born oil rigger Bobby like a fly, kissing him when he wants to be left alone, snapping his picture when he wants to disappear into the woodwork. After Bobby’s father is taken ill, he must go to see him, but Rayette pouts like a toddler until Bobby agrees to let her join him in the journey from California, where they cohabite, to Washington, where his family (a mélange of classical music makers) lives. By then, we cannot deny her either.

Black is a bewitching presence even when Rayette is at her most moony and childish; her nostrils flare like a horse’s when she sulks. During their trip Bobby teases her, saying “You know, if you wouldn’t open your mouth, everything would be just fine.” To which Black makes a motion of zipping her mouth shut, her face puffing up like a blowfish as she holds in all of the things she might otherwise prattle on about. 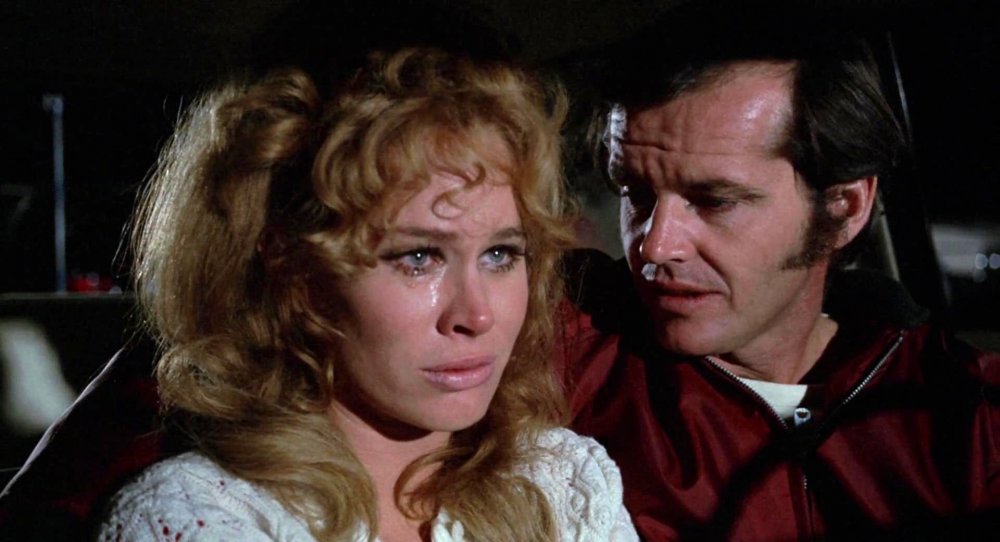 This exchange is good-natured, which is more than you can say for what Rayette encounters when she meets Bobby’s kin. At dinner, with Bobby’s father, brother, sister and their assorted partners in attendance, Eastman gives Rayette dialogue that would be impossible for any other actress. Rayette praises the “beautiful piece of real estate” Bobby’s father owns; his illness has rendered him mute, but we know he would not say anything even if he was capable of speech. She compliments Bobby’s brother’s girl on her nice head of hair. She asks if there is any ketchup in the house. Through it all, Black speaks without guile – the only way to say such lines and seem to mean them – and she projects an appealing imperviousness to the family’s genteel sneers, her wide eyes never narrowing.

Later, after Rayette is slandered by a vile intellectual who makes a point with Rayette’s déclassé manner and unschooled turns of phrase, we start to see what William F. Buckley meant when he wrote that he would “sooner live in a society governed by the first two thousand names in the Boston telephone directory than in a society governed by the two thousand faculty members of Harvard University.”

Members of the latter group were probably more likely than members of the former to see and appreciate Five Easy Pieces when it was first released, but Black’s performance accomplishes the admirable function of making the former comprehensible to them. Before we are allowed to tire of Rayette, we start to care about her. In fact, after spending some time with the full-of-themselves, piano-playing Dupeas, it is a relief to hear Black warble a country-western tune in the car. Little does Rayette realise she will make the final voyage home all by her lonesome.

After the wild success of Five Easy Pieces – which itself came on the heels of her memorable appearance in Easy Rider (1969) – Black enjoyed a boon. Jack Nicholson cast her in his first film as director. Ivan Passer cast her in two films back to back. Robert Altman found a spot for her in Nashville (1975).

But a flourishing career and plum roles did nothing to abate her ability to project ingenuousness on screen, as proved by her performance as fame-seeking starlet Faye Greener in John Schlesinger’s underrated film of Nathanael West’s The Day of the Locust (1974). When the young art-department minion (William Atherton) who makes friends with Faye points out that her face is too lined for her age, she rightly protests. In fact, seen through cinematographer Conrad Hall’s foggy lenses, Black is a golden blur of blond curls as she soaks in the tennis courts and gated mansions she hankers for early in the film.

One of Black’s greatest attributes was her willingness to be shown as less pretty and refined than she really was, and her sloppy appearance as Faye suggests that character’s unformed, ambidextrous ambition. Faye plows through a jar of peanut butter as she sits on the front stoop of her tiny bungalow, and she doesn’t merely eat the chocolate ice cream with chocolate sprinkles that her friend buys her – she demolishes the treat as it melts in the Hollywood sun. In Faye, there’s some of Rayette’s longing to be a member of the club (recall the character’s fumbling but sincere attempts at polite conversation with the taciturn Dupeas), as well as her insatiability (recall her obsessive listening to Tammy Wynette).

Rayette is also recalled in Black’s performance as Myrtle Wilson in The Great Gatsby (1974). As the rough-hewn wife of a mechanic in love with gracious Tom Buchanan, Mrytle repeats Rayette’s mistake of falling for a upper-class man whose affection would only last so long, though at least Rayette, while cruelly forsaken by Bobby, can get on with her life, which is more than you can say for Myrtle.

To reverse Daisy Buchanan’s insight: rich boys don’t marry poor girls, either. With Alfred Hitchcock directing her in Family Plot (1976), Black showed how regal she could be, but even here, the specter of Rayette loomed. Black and her husband form a tag team of married kidnappers, but she recoils from his suggestion of murder. “You must!” he insists, but she looks glumly disgusted by his domineering manner. The woman who played Rayette knew all too well the danger of having very much faith in the opposite sex.

Karen Black speaks to the BFI about stage and screen acting

Watch more: Karen Black and other Hollywood stars on working with Hitchcock (video, 8:39)