After the success of Easy Rider, the late Dennis Hopper took to the Peruvian jungle to unlock the cinema’s own doors of perception in The Last Movie. Brad Stevens reconstructs the late actor-director’s raw findings. 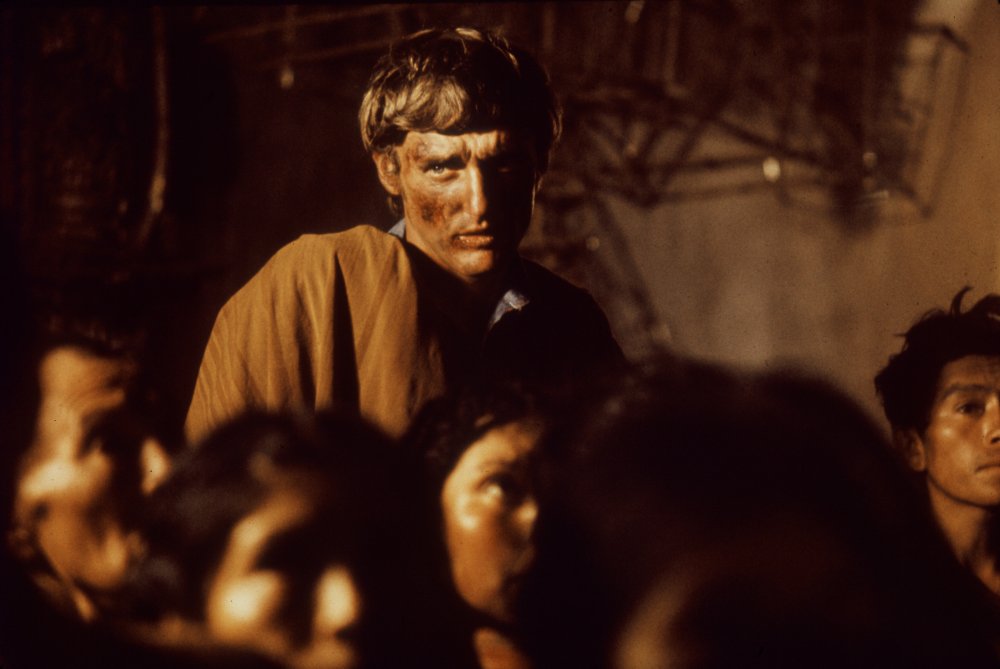 The success of Dennis Hopper’s The Last Movie (1971), his follow-up to Easy Rider (1969), can best be gauged by calculating the extent of its failure.

Apparently intended as a deliberate provocation, an anti-establishment ‘happening’ designed to kill off Hopper’s career as a commercially viable director, the film languished in distribution limbo after Universal refused to release it (despite, or perhaps because of, the fact that it won the Grand Prize at the Venice Film Festival). It turned up for a handful of UK screenings in the early 80s, made two appearances on Channel 4 later in the decade, then once again vanished into the marginal world of illicitly exchanged video recordings and illegal internet downloads.

I was among those Hopper fans who recorded the film off Channel 4, and watched it perhaps a dozen times over the next few years, becoming increasingly fascinated by its structural complexity. I’d not viewed it recently for a decade or more – but a few days ago, for no obvious reason, I started thinking about a sequence in which a shot of Hopper running through the street and collapsing on the ground is seen twice, from two different angles. And now comes the sad news that Hopper has passed away, occasioning a stream of tributes and obituaries in which The Last Movie is dismissed as a drug-fueled disaster: according to Ronald Bergan in The Guardian, “the film, made for the stoned by the stoned, was stoned by the critics.” 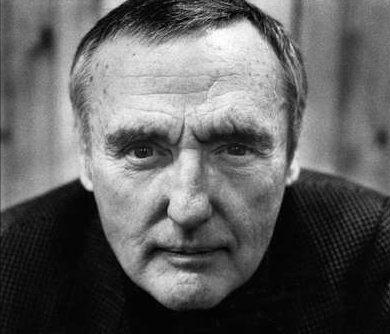 As the critical response to Abel Ferrara’s New Rose Hotel (1998) – which ends with 20 minutes of what seem to be randomly assembled flashbacks, continuing well beyond the point where the narrative has been resolved – confirms, any American film existing within the commercial field which attempts to interrogate the dominance of narrative codes is automatically regarded as the product of a miscalculation: surely Hopper and Ferrara were trying to tell straightforward stories, and somehow got it tragically wrong? When Europeans such as Godard or Resnais do this kind of thing, it’s assumed to be the result of a consciously intellectual approach; when Americans do it, it’s assumed they are taking too many drugs. We are all studio executives now.

If there’s a theme running through the seven films directed by Dennis Hopper, it’s the clash between irreconcilable viewpoints and lifestyles: young and old, hippies and straights, punks and rockers, cops and criminals, artists and hitmen, and, increasingly in the later work, females and males. In The Last Movie, the ostensible opposition is between North America and Latin America.

The plot, insofar as it is comprehensible, has an American crew shooting a Western about Billy the Kid in a Peruvian village. Following their departure, a stuntman referred to only as ‘Kansas’ (Hopper) remains behind, and discovers that the villagers are reenacting the film-makers’ activities as if they were part of some elaborate ritual, with cameras and other equipment constructed from bamboo. Kansas is obliged to accept the role of Billy the Kid in this new ‘film’, but fears that the villagers will genuinely kill him when it comes time to ‘shoot’ the scene of Billy’s death.

What happens next is impossible to say, since Hopper allows The Last Movie to play itself out via a series of disconnected shots whose function is rendered obscure. The sequence I found myself remembering appears towards the end, as the narrative has started to break down (you can see it on YouTube), and begins with two shots of children playing on a hill, in the second of which the camera pans slowly away to focus on a landscape.

The next image shows Hopper running in slow motion past a crowd (which watches without reacting, like an audience at a play or film), then collapsing onto a patch of ground covered in what appears to be chalk; after lying in a crucifixion pose for 15 seconds, Hopper stands up and walks away, rubbing his hands to clean off the chalk as he does so. This is followed by a brief (four-second) image showing Hopper falling on the ground (perhaps a reverse angle of the previous image, though no chalk is visible), then a different take of Hopper running in slow motion, filmed from a slightly different angle and interrupted by some almost subliminal black frames on which the words ‘ripped’ and ‘torn’ are visible: once again, Hopper rubs his hands together to clean off the chalk after he stands up, an ‘authentic’ gesture made to appear self-consciously theatrical by repetition. We then return to previous shot of Hopper on the ground; this time, Hopper sits up and pulls a face at the camera, sticking out his tongue.

The next image shows the villagers’ bamboo film-making equipment, some of which is burning; the camera zooms in and out uncertainly, just managing to catch Hopper, who is moving around at the bottom left of the frame. 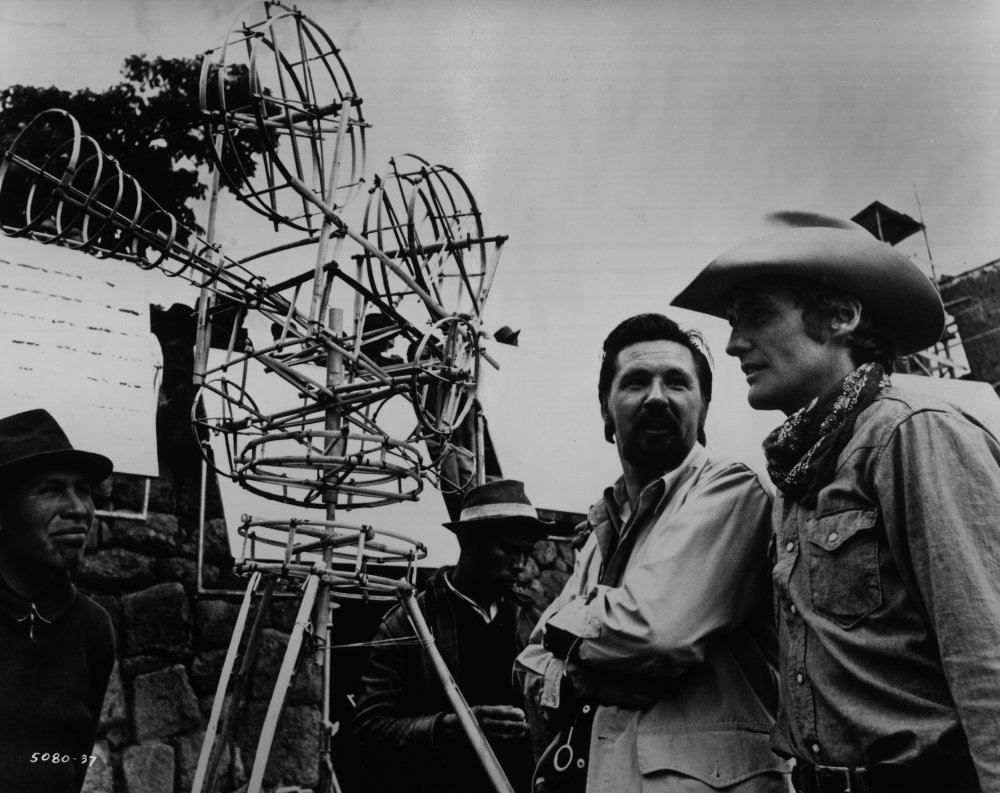 A card with the words “scene missing” in black against a white background is inserted at this point, followed by a shot, introduced with a slate on which the title ‘The Last Movie’ and the name ‘D. Hopper’ are clearly visible, of a man sitting on a roof holding a gun; the man stands up, and the camera pans away to focus on some scaffolding, then pans back to show the man, who is clearly responding to offscreen direction, striking various poses with his gun. The sequence ends with a glimpse of the Western we had earlier seen being filmed.

What we have here is a remarkably sophisticated essay on cinematic images, on the ways in which an image’s meaning can be changed or redefined by context and editing – even by a refusal of editing, since it is clear that many of these shots were not intended to play in ‘unedited’ form. Our most basic assumptions about cinema are foregrounded and challenged: our assumption that, if two takes exist, only one will be used in the final cut; our assumption that those slates which appear at the start of each take will not appear in the actual film; our assumption that moments in which actors come out of character will be left on the cutting room floor; our assumption that the ‘scene missing’ cards used in a work-print will not be retained in the version shown in theatres. And, above all, our assumption that films which contain narratives (as opposed to abstract or experimental works) will resolve those narratives rather than abandon them at arbitrary points.

Yet what made this sequence lodge itself so deeply in my memory is surely its elegiac quality (underlined by the mournful John Buck Wilkin song Only When It Rains, used on the soundtrack): the sense that this deconstruction of traditional film-making practice is being undertaken more in grief than anger.

Perhaps the real conflict of irreconcilable viewpoints upon which The Last Movie was constructed is that between old and new Hollywood. But it is striking how Hopper’s film contains none of that gleeful joy in the destruction of conventions one finds in similar works by European film-makers, such as Jean-Luc Godard’s Le vent d’est (1970) or Marco Ferreri’s Touchez pas a la femme blanche (1974). Seen from this perspective, Hopper’s return to more traditional forms of storytelling in Colors (1988), Backtrack (1989), The Hot Spot (1990) and Chasers (1994) makes perfect sense. This child of the the studio system – who acted for Henry Hathaway, George Stevens and Nicholas Ray – may have been both that system’s greatest enemy and its most passionate champion.

Brad Stevens is the author of ‘Abel Ferrara: The Moral Vision’ (FAB Press)