Film of the week: Concerning Violence 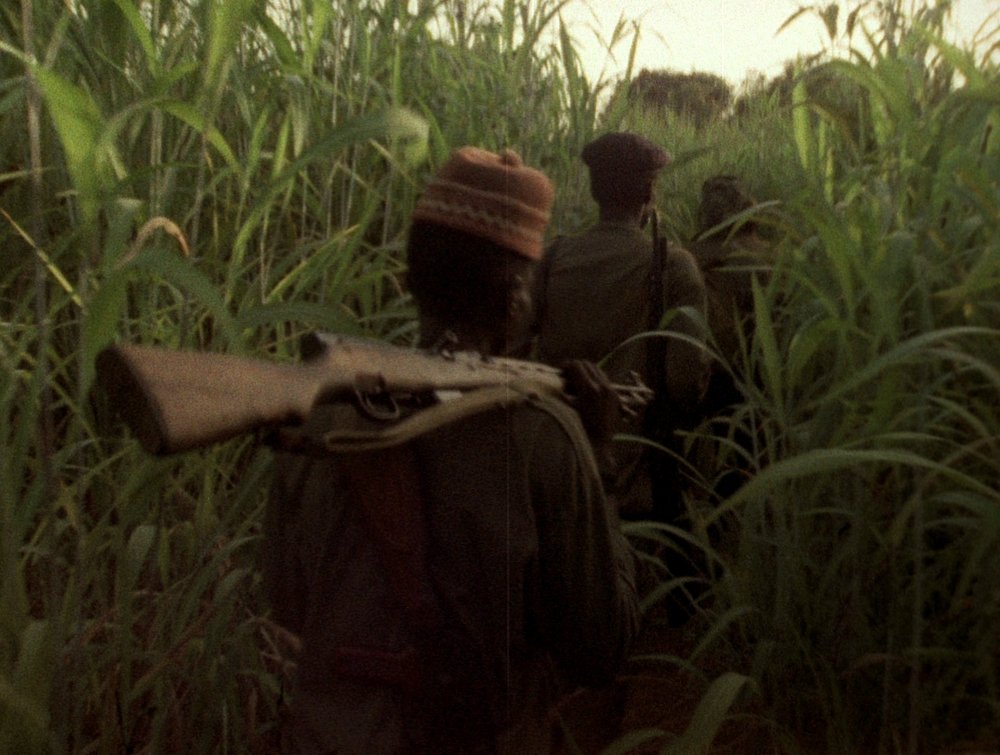 Göran Hugo Olsson’s Concerning Violence is the first major film to grapple with the work of the influential Martinican author and psychiatrist Frantz Fanon since Isaac Julien’s biographical documentary Frantz Fanon: Black Skin, White Mask (1995). Whereas the earlier film took a holistic, if esoteric, approach to appraising Fanon’s life and ideas (including his upbringing in Martinique, education in France and work in Algeria), the punchy Concerning Violence focuses on a specific sliver: the opening chapter of Fanon’s classic text The Wretched of the Earth (1961), in which the author posits the act of one nation colonising another as a form of pure, subjugating violence. Fanon also discusses violence – in the context of uprising and rebellion – as a means of liberation and physical, spiritual catharsis for the oppressed.

When Fanon’s book was initially published in France, it was banned almost immediately by the authorities, who saw it as a recklessly incendiary glorification of violence. This negative view was only burnished by the book’s preface, written by Fanon supporter Jean-Paul Sartre, which wholeheartedly endorsed the thesis of violence as a cleansing act and, according to Fanon biographer David Macey, overshadowed the actual work. However, as the academic Gayatri Chakravorty Spivak explains in the brief, informative contextual preface that begins Olsson’s film, such a reading fails to appreciate Fanon’s nuance; specifically, it neglects to address his anguish – rooted in the realities of his experiences in French-ruled Algeria – at the cyclical, decidedly non-glamorous tragedy of the very poorest people being reduced, and subjected, to violence.

Concerning Violence, then, represents a welcome attempt to reframe and interrogate an influential but highly contested historical text. As in his previous film, The Black Power Mixtape 1967-1975 (2011), Swedish director Olsson has raided the TV news archives of his home country and emerged with a fount of grainy, absorbing footage, presumably hitherto forgotten. He structures the material into nine chapters of varying length (the film’s subtitle is Nine Scenes from the Anti-Imperialistic Self-Defense), and each focuses on a specific struggle for liberation in one of a number of African countries, including Angola, Zimbabwe, Liberia, Tanzania, Mozambique, Guinea-Bissau and Burkina Faso; the footage dates from the mid-1960s up to the late 1980s. 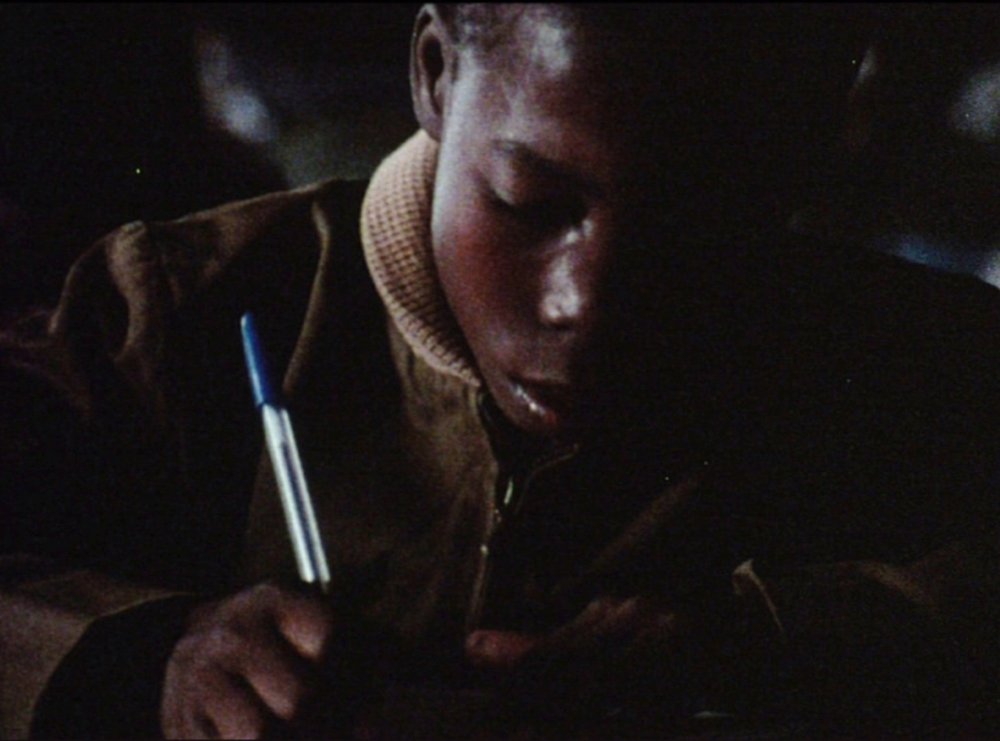 Though at first glance Concerning Violence may seem almost utilitarian in its stark, unfussy formalism, Olsson puts his personal stamp on Fanon’s work. Complementary passages from the text are narrated over the images by singer and activist Lauryn Hill, whose delivery – throaty and languid, but also somehow urgent and incantatory – seems designed to evoke the alacrity of the book’s writing: Fanon was terminally ill with leukaemia when he set to work, and he composed and dictated it to his wife Josie in a remarkable ten-week spell.

For a further rhetorical, stylishly pedagogical flourish, much of the text is simultaneously imposed on screen in a white serif font. At this year’s Berlin International Film Festival, Olsson mentioned that this device was inspired by the music video for Prince’s state-of-the-nation anthem Sign o’ the Times (1987). Also notable is Neo Muyanga’s subtle score of roiling, percussive jazz, augmented by peals of muted trumpet that ring out like warning clarions. This forceful stylistic unity, added to the binding agent of Fanon’s torrentially persuasive and poetic language, ensures that Concerning Violence resounds as a far more cohesive statement than The Black Power Mixtape.

Olsson and his editing team structure Concerning Violence so that the archival passages comment on each other even as they are in dialogue with Fanon’s text. Consider two back-to-back segments near the start. With Fanon’s words, delivered by Hill (“For if the last shall be first, this will only come to pass after a murderous and decisive struggle between the two protagonists”), ringing in our ears, the film picks up with a black journalist, newly released from a five-year jail spell in Rhodesia. He speaks calmly of his realisation that, from slavery to colonialism, and up to the institutionalised racism and state-sanctioned torture in the country that would become Zimbabwe, the “black man is at the bottom of everything”; torture, he says, made him “feel indifferent”. 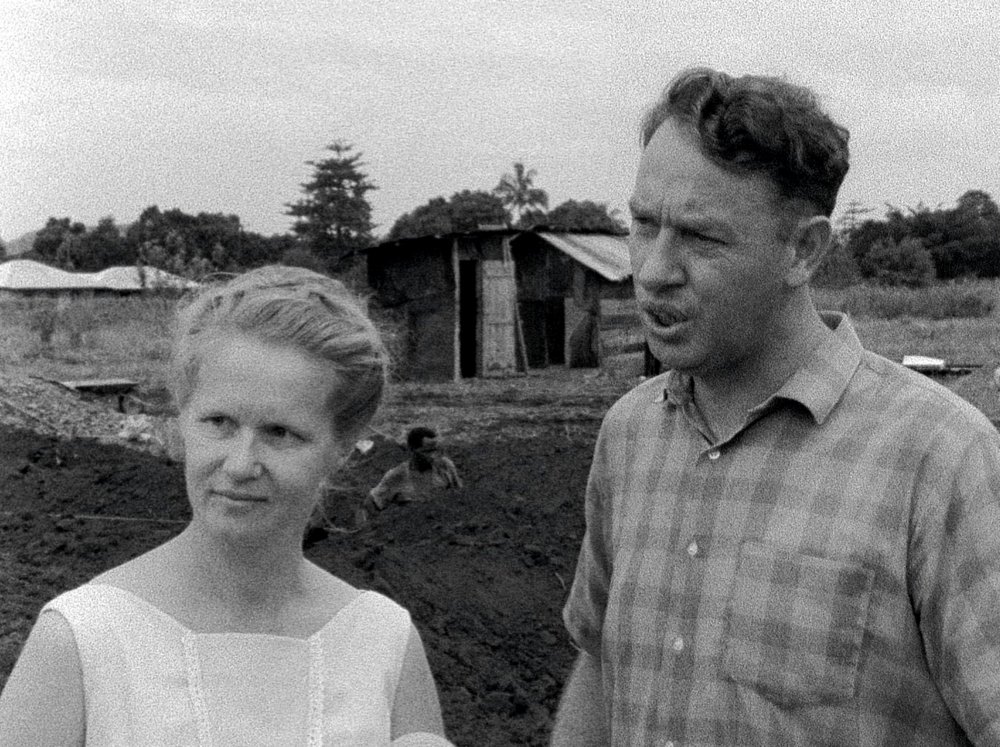 The following sequence, also set in Rhodesia, is an interview with a quietly seething white racist, rictus grin slashed across his face, who’s unable to process the country’s impending changes. For him, the servitude of the black man is a fact of life (he casually refers to his own servant as “you stupid thing”), and he seems bent on denying the country’s majority blacks the most basic, humane privilege (“They all think they’re going to own houses”). The inordinate, barely concealed aggression of the white man makes for a striking contrast with the measured, resigned tone of the black man, and this clash of registers underscores Fanon’s urgency. By the time of the film’s fourth segment, A World Cut in Two, even the most innocuous imagery – white settlers enjoying a game of bowls or golf while black servants quietly stand by – rumbles with volcanic potential.

Another striking feature of Concerning Violence is the choice of countries it features. Olsson’s decision not to depict scenes of struggle in Algeria, where Fanon was associated with the National Liberation Front, is concomitant with his film’s sensible avoidance, save for the short preface, of a biographical take on Fanon, instead favouring a broader perspective.

As the academic Bhakti Shringarpure has pointed out, Concerning Violence focuses on decolonisation in Portuguese-speaking areas such as Mozambique, Angola and Guinea-Bissau, even though these countries represented a fraction of the global anti-colonial movement in an era when most colonies were under French or British rule. Yet Olsson doesn’t let Sweden off the hook. One galling segment is a news documentary covering a strike by disgruntled workers at a Swedish-owned mining company in Liberia in 1966. It concludes with one striker being unceremoniously fired, driven away with his family and literally deposited in the middle of nowhere to face an uncertain future. His boss, a mild-mannered old Swedish man, doesn’t even know why he was fired, but adds, “He was a very good boy”. This sequence communicates the layered nature of violence inherent in colonialism — not just physical, but psychic and emotional. 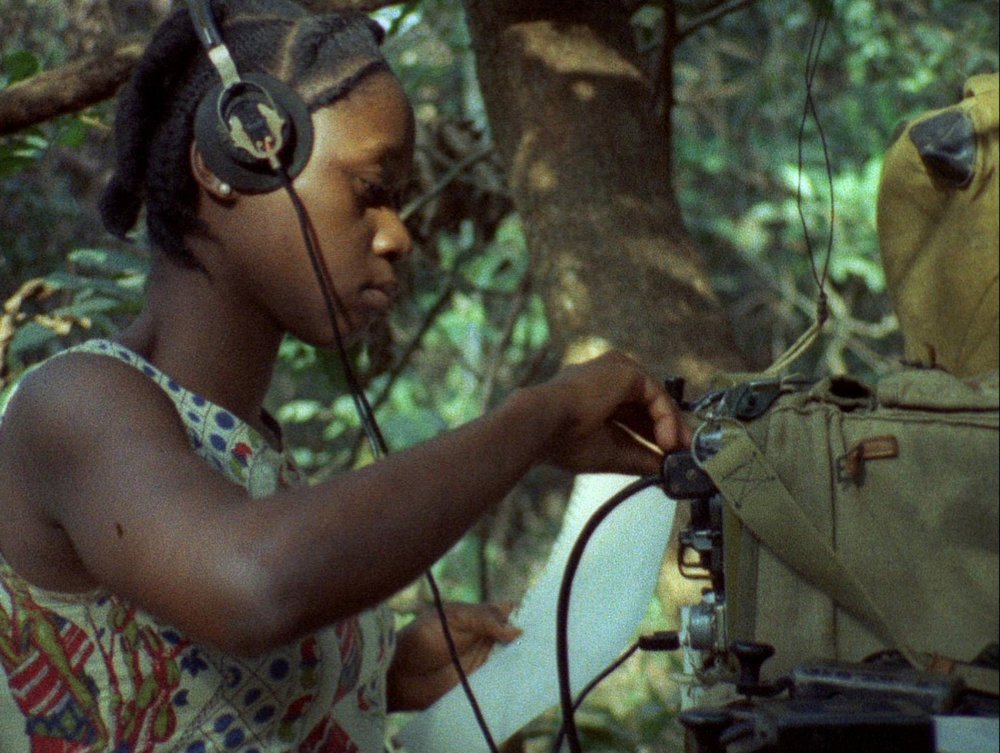 Much of the footage Olsson has sourced is extraordinary on its own terms. The sequence featuring interviews with the Mozambique Liberation Front (Frelimo) is especially valuable because we get to hear directly from the mouth of the resistance. Notably, Frelimo is a mixed-gender outfit, and it is women who are interviewed here (“There is no difference in rights. We are at the same level”). Thematically, this harks back to Spivak’s preface, which makes a bold criticism of Fanon’s work for failing to address sufficiently the “invisible long-term structures of gendering” in both colonised and coloniser. After journalists in Mozambique have delivered grave reports of the Portuguese colonial army burning down churches, schools and orphanages, the chapter concludes with the graphic, deeply upsetting image of an amputee mother breastfeeding her amputee baby.

Then, in one of Olsson’s most stunning moves, the Frelimo section segues into a brief chapter simply entitled Defeat. Set to the haunting strains of a Spanish-language folk lament, it comprises nothing more than a montage of shattered, defeated Portuguese colonial soldiers gathered around the bloodied corpse of a colleague. Olsson’s graphic juxtaposition represents the antithesis of Sartrean swashbuckle, and forces the viewer to face the devastating corporeal consequences of violence head-on, not simply in a theoretical sense. Here, Hill punches out Fanon’s text (“At the level of individuals, violence is a cleansing force. It frees the native from his inferiority complex and from his despair and inaction”), but the horrifying images force viewers actively to critique as they digest.

This disturbing, layered film is mercifully free of pat attempts to bring things up to date: chronologically speaking, it concludes in 1987. Yet there’s no doubt that its final passage – in which Europe is described as “literally the creation of the third world”, and America as a “monstrous” colonial power – is intended to give the viewer plenty to process with regard to contemporary nations still suffering the pronounced after-effects of colonisation. In many cases, Fanon’s astringent words seem as relevant today as ever.

Related to Film of the week: Concerning Violence