Film of the week: The Clan 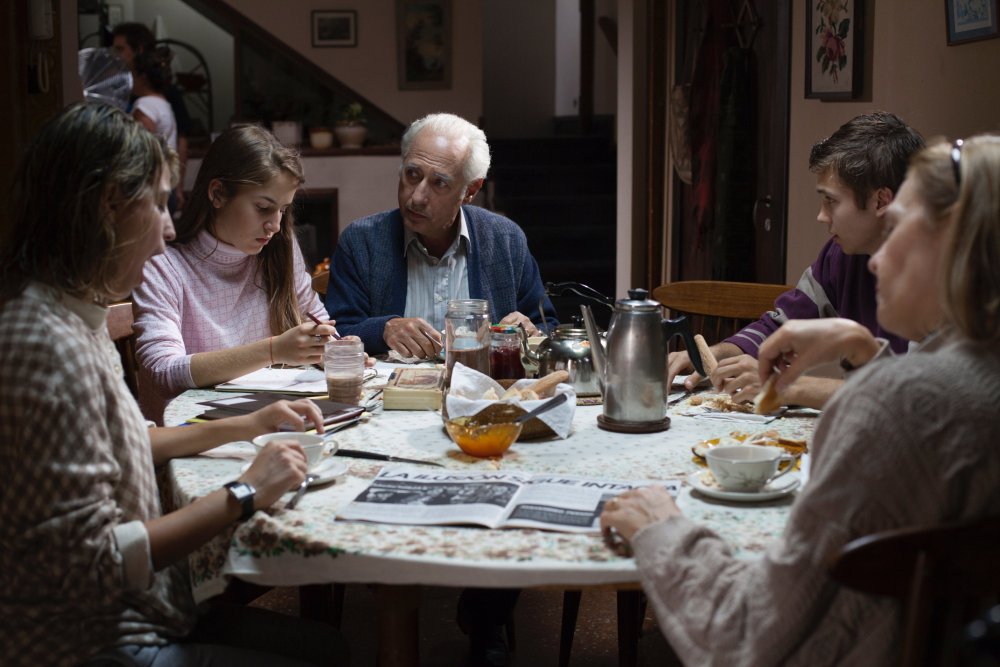 Pablo Trapero emerged as one of the emblematic filmmakers of the New Argentine Cinema with edgy tales of individuals driven to the brink by the conditions in which they live and work. His refashioning of genre has generated films with visceral clout and a distinctive social slant: El bonaerense (2002) was a police thriller that explored the culture of corruption underpinning all levels of the force; in Rolling Family (2004), the road movie served as a mode of interrogating issues of national identity following the 2001 crisis; Born and Bred (2006) proffered an existentialist drama as bleak as the Patagonian landscape in which it evolved; Lion’s Den (2008) delivered a gritty feminist prison drama; Carancho (2010) was a taut, noir-ish legal thriller exposing the scams that underpin the medical insurance industry; and White Elephant (2012), set in the slums of Buenos Aires, fused a tale of urban drug warfare with issues of care, conscience and the ethics of societal responsibility.

The Clan (2015) marks a return to the crime movie for the director – but this is a tale crafted very directly from a news story that horrified mid-80s Argentina, retold with a vigorous, in-yer-face virtuosity. Trapero plunges the viewer into the protagonists’ world with an unnerving immediacy that may explain why this is his most commercially successful film to date: it has been sold to more than 50 countries and attracted some 2 million viewers in Argentina in its first four months of release.

It revisits the case of the Puccios, who kidnapped four people for extortion between 1982 and 1985, killing three of them before the police broke into their ‘respectable’ family home in the Buenos Aires suburb of San Isidro to rescue the fourth victim, businesswoman Nélida Bollini de Prado, abducted a month earlier. The narrative is told very much from the viewpoint of the aggressors, led by steely-eyed patriarch Arquímedes (comic actor Guillermo Francella, here cast resolutely against type). His wife and daughters appear to have ignored what was happening in the family home, while son Alex (Peter Lanzani), a promising rugby player, acted as his father’s accomplice – the family’s first victim, Ricardo Manoukian, was one of his teammates.

Puccio Snr honed his skills working for the secret service during the 1976-83 dictatorship. The film makes reference to his membership of the Secretariat of State Intelligence (SIDE), effectively the secret police deployed by the juntas to execute their culture of terror. Widespread references to the Triple A death squad further position him among those associated with the crimes of the dictatorship and subsequently granted immunity by Raúl Alfonsín’s government. The Clan is thus a film about the wider structures of complicity through which the dictatorship operated, and the ways in which these continued to function in the democratic era. 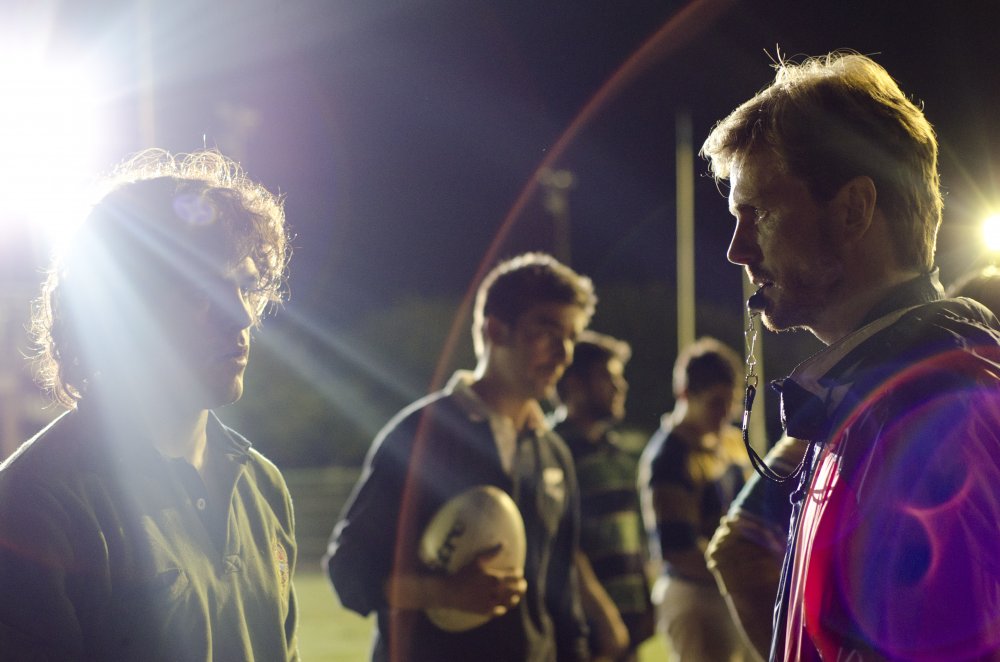 Trapero eschews a linear narrative, opting instead to cut across the film’s different time periods. He defines his approach as one where “fiction comes first” – underlined here by the dark colour palette, claustrophobic interiors and deployment of a series of theatrical stages for the action: the dining-room table around which the Puccios’ ‘happy family’ is forged; the gruesome bathroom where the first victim is held; the dark cellar where the final victim is found; the cars in which Arquímedes and his accomplices observe and then kidnap their victims. In one of the film’s most striking sequences, Alex’s ecstatic sexual encounter with his girlfriend Mónica is intercut with the grisly torture of second victim Eduardo Aulet. Protracted screams from both scenarios are accompanied by Virus’s upbeat song ‘Wadu Wadu’.

High-octane sequences are consistently amplified by a score that deploys both 1980s tracks to signal time and place and non-period pieces to heighten ambience, mark out mood and offer a further level of fictionalisation. Ella Fitzgerald and the Ink Spots’ Into Each Life Some Rain Must Fall plays as the ransom is dropped off for the first victim, the song ending as the news of Ricardo’s death reaches Alex. The Kinks’ 1966 hit Sunny Afternoon features on two occasions: we first hear it early on, as Alex enjoys a rugby victory and is congratulated by fans on the pitch; then at the film’s end, when he is taken to the court building with his brother Maguila and their accomplices, culminating in his spectacular jump from the fifth floor, his brother’s distressed response and a series of captions on the subsequent fate of each Puccio family member. 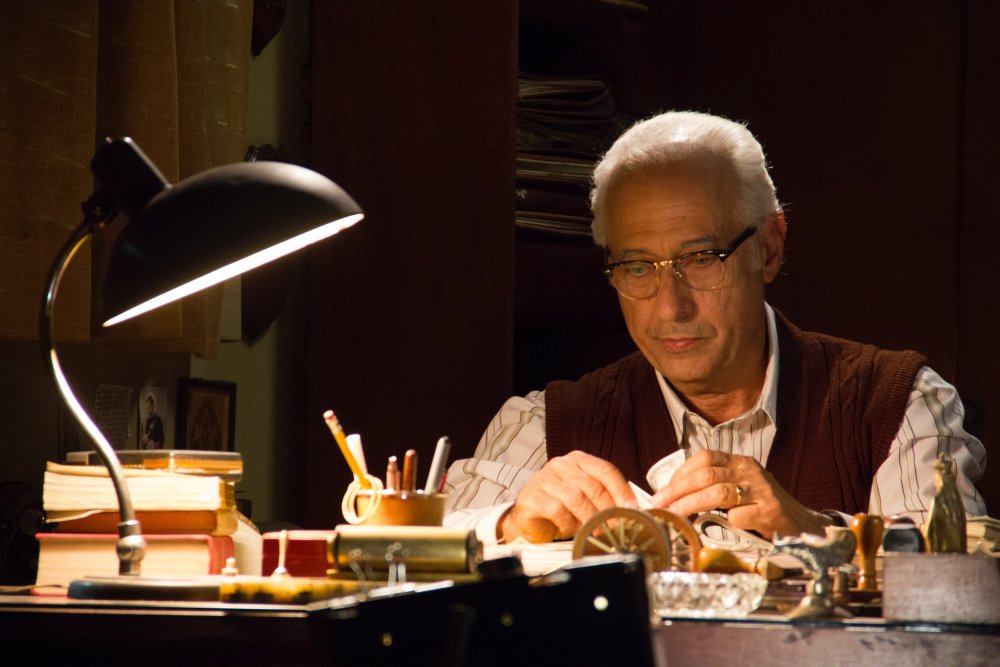 What is perhaps most extraordinary about the film is that it offers few of White Elephant’s psychological insights to help us understand the protagonists’ actions. In Francella’s impressive performance, Arquímedes’s creepily composed expression gives nothing away. In one of the most disturbing sequences, the camera follows him through the house as he carries a plate of food to his victim, who is being held in the bathroom and whose screams are chillingly ignored by the rest of the family as they go about their early-evening routine.

The inclusion of archival footage of Alfonsín and General Galtieri is not only part of Trapero’s attention to period detail but also serves to contextualise the film within a wider culture of memory politics. Arquímedes is visually identified with Galtieri, as he watches him give his famous television broadcast on 15 June 1982, boasting of Argentine pride in the aftermath of the Malvinas/Falklands defeat. Here, adroit visual storytelling delivers a tale in which the skeletons tumble out of the cupboard. The Clan exposes the warped sense of ‘the normal’ that is legitimised in compromised times, with Arquímedes never doubting the righteous nature of his actions, and the family turning a blind eye to the crimes.

Related to Film of the week: The Clan