Film of the week: We Are What We Are

Traditions of liberty and nonconformity find themselves at daggers in Jim Mickle’s backwoods-American translation of the Mexican cannibal-family horror great.

Not so much a remake of the 2010 Mexican film Somos lo que hay, this is, according to its director Jim Mickle, more of a “companion piece”, inspired by the central idea of a family bound together by their secret taste for human flesh. Whereas Jorge Michel Grau’s original was a fable of urban survival – his city-dwelling cannibals were motivated by hunger – Mickle’s is steeped in earthy backwoods-gothic atmosphere, and addresses profoundly American themes such as freedom, religion and dissent.

Bill Sage plays Frank Parker, a twitchy patriarch with an Old Testament beard who insists – violently if necessary – that his three children follow the family tradition they call ‘Lamb’s Day’. This involves fasting for three days, killing a human sacrifice and then feasting on the ritually butchered remains, so it’s not surprising that the younger generation, especially Iris (Ambyr Childers) and Rose (Julia Garner), are starting to have mutinous thoughts. The backstory to the Parker secret is gradually revealed to be one of historic hardship, but now obedience and custom have taken over as the prime objective; nothing, not even Mrs Parker dropping dead in a parking lot in the film’s opening scene, will sway Frank from his purpose.

In a way the Parkers are just particularly extremist dissenters in a long line of fiery American non-conformism. Rather than live according to a faith that no longer makes sense of the world, they have invented their own bespoke religion, complete with a holy book telling the ritual’s origin story; this provides the unsettling flashbacks to the 1700s that are threaded through the film.

The Parkers’ nemesis is a man of science – Dr Barrow, a GP whose own daughter is one of the local ‘disappeared’ and whose autopsy of Mrs Parker sets him researching brain diseases caused by funny eating habits. Barrow’s rationality is set against Frank’s firm belief in his own freedom to follow his insane but carefully codified orthodoxy. But Frank’s libertarianism does not extend, of course, to Rose’s attempt to dissent from him, and this irony provides much of the meat – if you’ll pardon the expression – of a film that’s as much about autonomy and choice as it is about blood and gore. 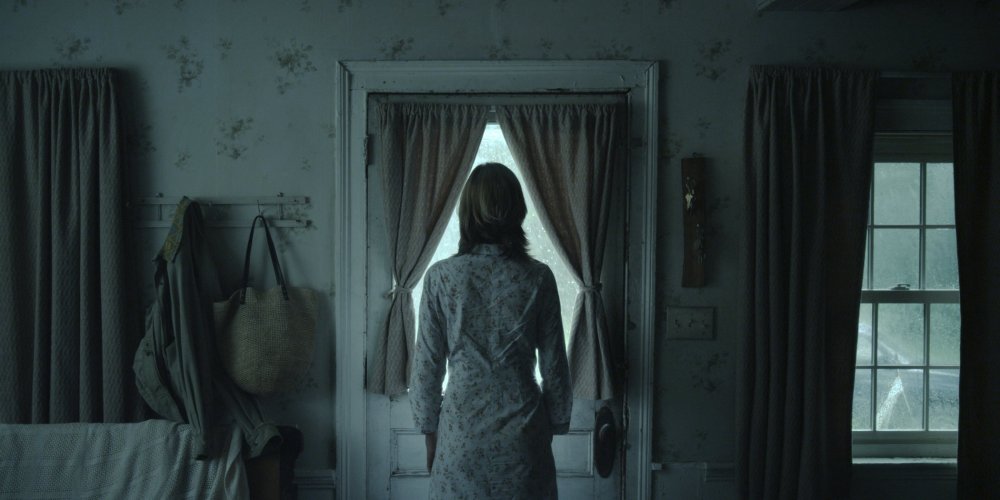 With its almost too painfully slow build-up, this is not a horror film that delivers punctual shocks every few minutes. Instead, Mickle and co-writer Nick Damici (who also worked together on 2006’s Mulberry Street and 2010’s Stake Land) give themselves plenty of time to tease out their themes and ladle on the tension.

Helped by a hackle-raising performance by Garner as the rebellious Rose, and by the truly blood-chilling Sage, they withhold the inevitable bloodfest until the audience is nearly as hungry as the Parkers. When it comes, though, the horror will have you squirming in your seat – and it will be a long time before you fancy meat stew again.

Related to Film of the week: We Are What We Are