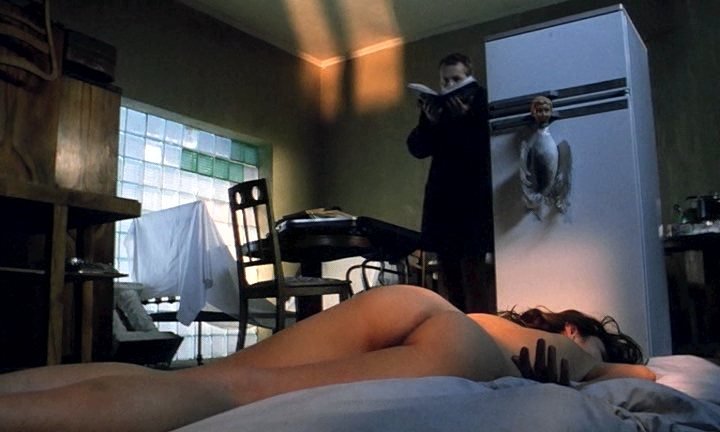 The Fantasia Film Festival doesn’t visit Montreal every summer so much as it takes up residence. Running three weeks – late July and early August this year – Fantasia has the breadth to contain a half-dozen smaller fests in its vast, drafty confines. Along with Austin’s Fantastic, Fantasia is a legitimate candidate for the continent’s foremost genre film festival, its reputation such that, in 2009, it could pull the North American premiere of Inglourious Basterds. The full slate consists, per a press release, of “over 131 features from 31 countries and more than 220 shorts” – and not one but two Miike Takashi movies!

To fully avail yourself of everything offered, it is helpful if not necessary to be a Montrealer – and indeed Montrealers, including students from nearby McGill and Concordia universities, lined up around the block for midnight weekend screenings at the 800-plus-seat Imperial Theatre, an ornate c.1913 Vaudeville jewel box which is the showpiece of the fest’s seven screening venues.

The Imperial was the scene of Fantasia’s annual Lifetime Achievement Award presentation, given this year to the peripatetic Polish-born filmmaker Andrzej Zulawski. (Previous recipients have included John Landis and Jean Rollin.) Zulawski remains best known for 1981’s Possession, the startling Isabelle Adjani psychodrama-fantasy produced during his exile in Paris, although Fantasia threw a well-deserved spotlight onto Zulawski’s 1996 Szamanka, made upon the filmmaker’s return to post-Communist Poland.

A relentless l’amour fou story involving much voracious, feral sex and the bog-preserved body of a pre-Christian shaman springing back to life, more than almost any other movie in a festival committed to the transgressive, Szamanka provided a sense of genuine shock. No one with a passing interest in horror doesn’t, for example, know the twist money-shot ending of Robert Hiltzick’s 1983 Sleepaway Camp which, under the title Massacre au camp d’été, played as part of the revivals slate, alongside a sidebar of spaghetti westerns on 35mm and John Waters’ Polyester – with Odorama. 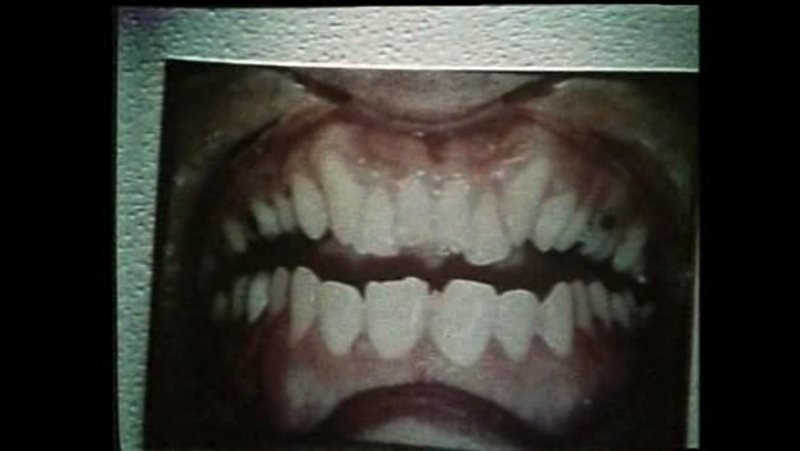 When I said “more than almost any other movie” of Szamanka’s capacity to startle, I was excepting Sheldon Renan’s 1982 The Killing of America, a ‘shockumentary’ which defies the pejorative associations of that term. A coolly-outraged narration, written by Leonard and Chieko Schrader, charts two decades of escalating homicidal madness in the United States, beginning with the assassination of President Kennedy and Mr. Zapruder’s original snuff film. Haunted by the spectre of violent death, The Killing of America was screened in conjunction with a launch party and reading from the book Snuff movies, Naissance d’une légende urbaine, co-authored by Fantasia programmer Simon Laperrière.

Fantasia was founded in 1996, during the high heady heyday of the Hong Kong invasion, and from the get-go its programming showed a distinct commitment to action from HK and around the Pacific Rim – a commitment that it maintains now in its 17th year. Along with signs of life like Johnny To’s Drug War, one could witness the further melancholy vitiation of the 90s’ breakthrough stars, seeing Chow Yun-Fat appearing entirely sapped of his sex appeal in Wong Jing’s bloated, ponderous mainland-shot period piece The Last Tycoon.

The Lady Assassin from Vietnam

Tamped down in one place, though, the fugitive energy of world cinema always seems to pop up somewhere else – if the audience reactions were any indicator, I wasn’t the only person having a ball at Quang Dzung Nguyen’s roughly-made-but-vital The Lady Assassin from Vietnam (My Nhan Ke), a country that not long ago had scarcely any indigenous film industry, but can now produce a martial arts/sex melodrama/musical worthy to compete on the world stage.

India’s Commando: A One Man Army, from director Dilip Ghosh, offered further evidence of simmering creativity in martial arts cinema in nations not traditionally associated with the genre, while Tsujimoto Takanori’s shoestring-budget Bushido Man, whose seven variegated set-pieces were performed live in full and blocked for the camera on the fly, is one of the more resourceful, vigorous martial arts pictures to come from Japan in recent memory. Among big-budget prestige pictures, there was much to savour in the lavishly-imagined world of Song dynasty epic Saving General Yang, the first film since 2005’s Fearless from Ronny Yu, director of HK classic The Bride with White Hair, and a sanguinary delight, with an over-the-top flare for martial poetry. 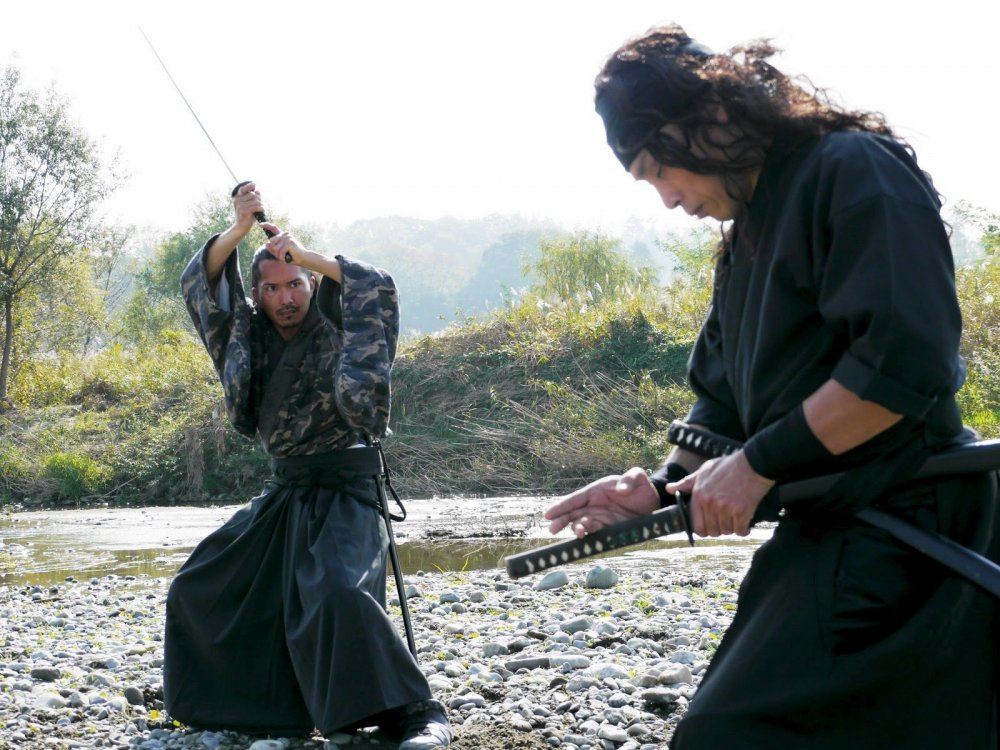 Fantasia isn’t the only game in town. The festival dovetails with the end of the enormous Just for Laughs / Juste pour rire comedy festival and, until an Alamo Drafthouse steamrolls into town, Montreal has its own robust local film culture. This is centred around the Cinémathèque Québécoise, where I saw an unsubtitled print of Żuławski’s antic 1985 L’amour braque. I confess that I even played hooky from Fantasia one evening to see a 35mm print of Antonioni’s Le Amiche screening unconnected to the festival at the Cinema du Parc, a 70s relic under the parking garage of a mall, which is programmed by the Montreal Repertory Cinema Society.

This isn’t to imply that I was cheating on a steady diet of genre junk food to sneak in some wholesome high art, for the days of the horror film as a culturally despised object are long past, if ever they were a reality. Sometimes, as when watching Antoine Barraud’s Les gouffres, an isolated woman’s nightmare delusion of sinister goings on in the subterranean South American sinkhole that her husband is off exploring, it felt like a little less tone poetry and a little more old-fashioned terror would have been welcome. Among the skeletally-plotted, creeping-discomfort films here – let’s call them ambient horror – Italian Lorenzo Bianchini’s Across the River found its share of partisans, though I favoured Jeon Kyu-hwan’s glum and dreary-funny The Weight, set in a nocturnal and dilapidated Seoul, and starring Jae-hyeon Jo as a mortician only slightly more animate than most of the corpses he dresses. 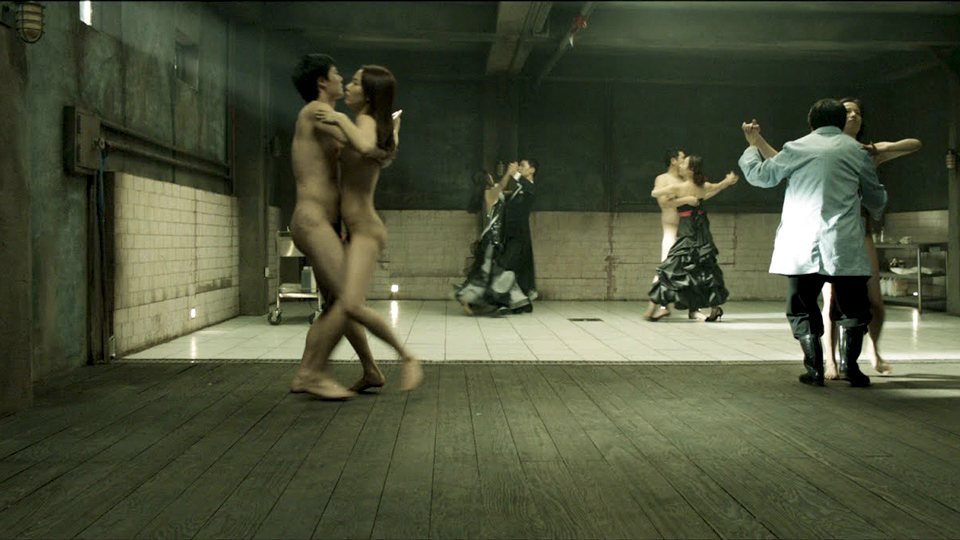 Judging from the patter at after-hours bar get-togethers, the horror business is booming, and no one is turning up their nose. Perhaps inspired by the example of crossover figure Ti West (The Innkeepers), even festival-darling Mumblecordians have begun to work the genre circuit. Joe Swanberg, who contributed one of the more effective segments to the horror anthology V/H/S, came to town to present his own return to (poor) form, 24 Exposures, as well as fellow V/H/S contributor Adam Wingard’s You’re Next, in which Swanberg acts.

The horror omnibus was well-represented at Fantasia with V/H/S 2, which includes a contribution from Wingard, Japan’s Tales from the Dark Part 1, and Korea’s Horror Stories – none of these containing a defining, mic-drop moment. If there is any subgenre which seems to have been wilfully overlooked by the Fantasia programmers, it’s the found-footage film, save for the exception of Bobcat Goldthwait’s Willow Creek (itself an exception in its subgenre for displaying some playful wit and structural daring). 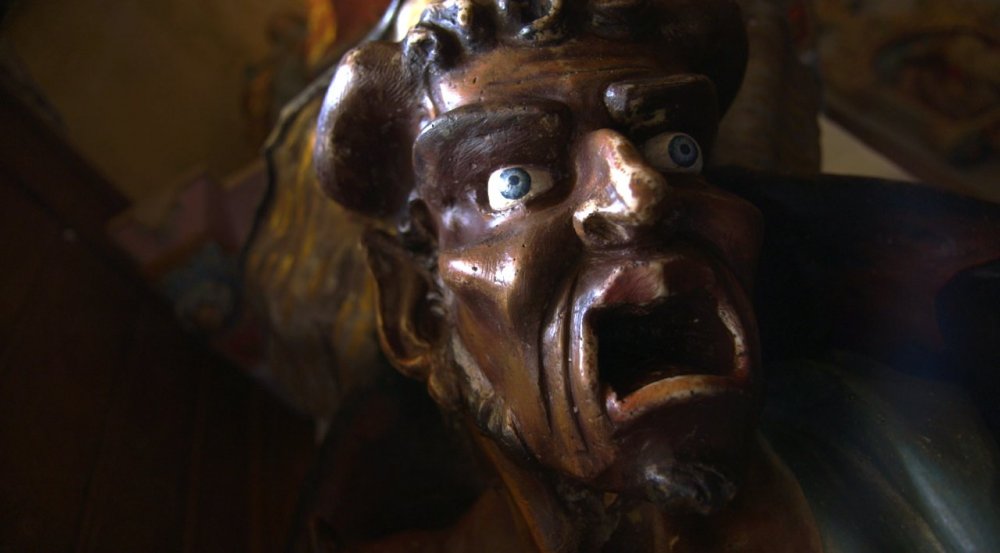 There were even a few films screening which were less genre films themselves than comedies of subculture manners, like Katie Graham and Andrew Matthews’ sourly funny study of tabletop-gaming power dynamics Zero Charisma, or Richard Stanley’s L’autre monde. Stanley’s documentary is ostensibly about the intersection of supernatural energy that occurs around the old Cathar strongholds of southwestern France but, affectionately looking at the various eccentrics who gravitate towards the area – in whose number Stanley includes himself – it might stand in for any cult covenant.

My stay at the convocation that was Fantasia didn’t last into the three-night run of Clive Barker’s The History of the Devil, a live-theatre event enacting a parole hearing for the Prince of Darkness, performed by Montreal theatre group Title 66 Productions – but playing completionist here is a loser’s game. Given the size of the slate, to attempt to review the fest in whole is very nearly impossible. Sheer freedom of choice is preferred to the firm curatorial hand – though, as a friend noted, in the catalogue capsule blurbs, you can sometimes see where the enthusiasm wasn’t 100 per cent there. There is enough festival here for ten people to have ten wholly different experiences, but you’d have to try hard to have a really boring one.