The director’s latest magisterial study of a public institution is a tribute to the power of education and the importance of community, characteristically ambitious yet surprisingly brisk. 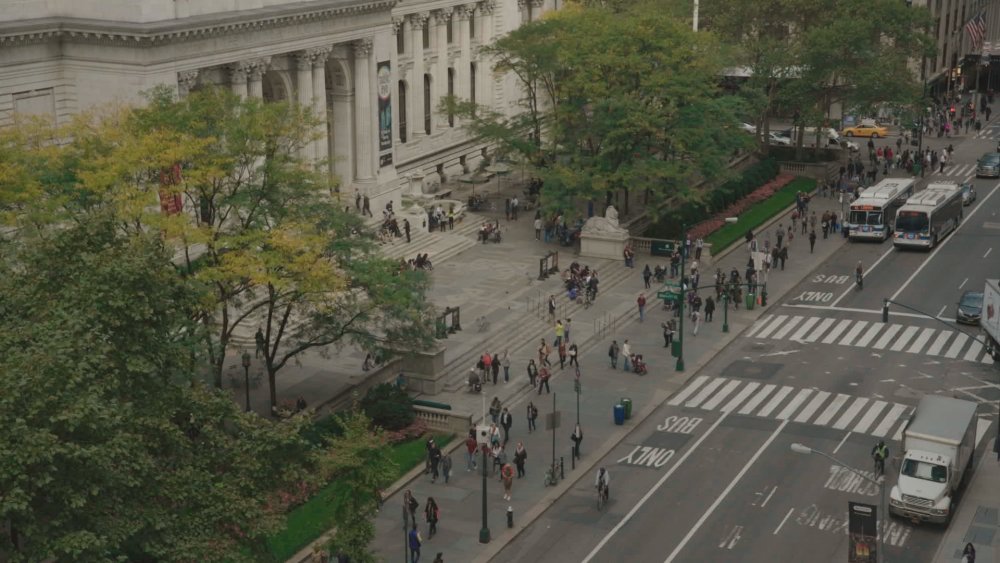 Patience is a virtue; it is also a lion. One hundred and sixteen years old, the white marble beast has guarded the steps outside the main branch of the New York Public Library (NYPL) with her identical counterpart, Fortitude. The principles they embody have sustained Frederick Wiseman across the half-century of his unique career, which arguably culminates in this, his 42nd documentary film. A quietly magisterial enterprise, over the course of 197 minutes it visits the myriad buildings and activities which serve the city under the NYPL’s banner and lion-head logo.

Since debuting with Titicut Follies (1967), the Bostonian has established himself a seemingly unchangeable fixture in documentary cinema. Come rain or shine, Wiseman has brought his discreetly observational eye to institutions both in the United States and – increasingly since 1996’s La Comédie-Française ou L’amour joué – abroad. Having alternated between American and European subjects in the current decade, Wiseman with EX LIBRIS (titles and credits alike deploy majuscule orthography) completes an unofficial Stateside trilogy after At Berkeley (2013) and In Jackson Heights (2015), 244 and 190 minutes apiece.

These durations daunt. But given the sheer scope of his enquiry here, it’s quite a remarkable achievement that editor Wiseman brings EX LIBRIS in under the 200-minute mark. The ‘easier’ approach would have been to concentrate on the structure most associated with the film’s subtitle. And there’s certainly no shortage of material across the four vast storeys of the Beaux Arts ‘main branch’, officially renamed the Stephen A Schwarzman Building in 2008 after the Trumpist billionaire who funded the latest renovation (the NYPL has always been a ‘public/private partnership’). 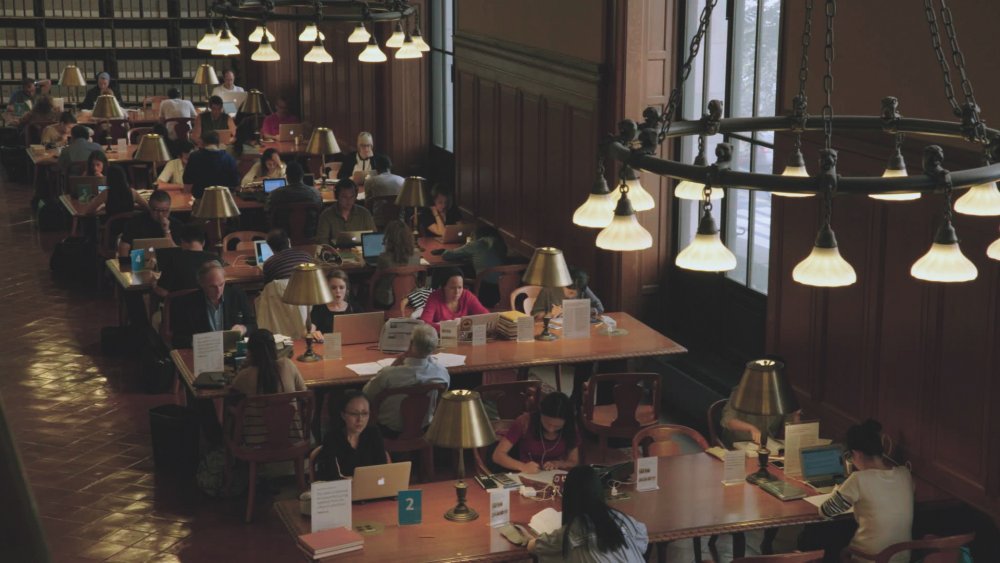 But while Wiseman returns often to the august confines of the Schwarzman, he roves freely across the city’s diverse boroughs to provide glimpses of library outreach and community work at the most basic grass-roots level. The NYPL, we see, isn’t just a bunch of books. It plays crucial roles in filling education gaps for children and adults alike, spreading internet access to those languishing in what administrators (during one of those protracted managerial discussions which invariably prove catnip for Wiseman) dub the “digital dark”.

Ordinary users are shown (enjoying rather more screen-time than the institutions’ manual staff); illustrious visitors are heard: the action kicks off with a speech by Richard Dawkins, who stresses the importance of “stating simple facts” and pays tribute to “the poetry of reality”. It ends with Edmund de Waal, who aims for “a passionate lucidity” and restates the fundamental thesis of his bestseller The Hare with Amber Eyes: “method is interesting… the manner of what we make defines us.”

At these moments – and there are dozens studded throughout EX LIBRIS – the application of such phrases to Wiseman himself, his method and manner as encapsulated by this film, is near-irresistible. The huge canvas becomes an inadvertent self-portrait of this most self-effacing of auteurs, whom one senses entirely shares the NYPL’s noble aims and belief in the power of education, community and hard work. EX LIBRIS is thus an illuminating, informative and gloriously productive match of artist and subject; Wiseman – now approaching his 89th year – embraces the vast ambition of the NYPL while revelling in its multifarious minutiae. It also feels very much like the defiantly optimistic summing-up of a colossal, unique corpus. But on this evidence there is no ebbing of either patience or fortitude, and further chapters may yet follow.